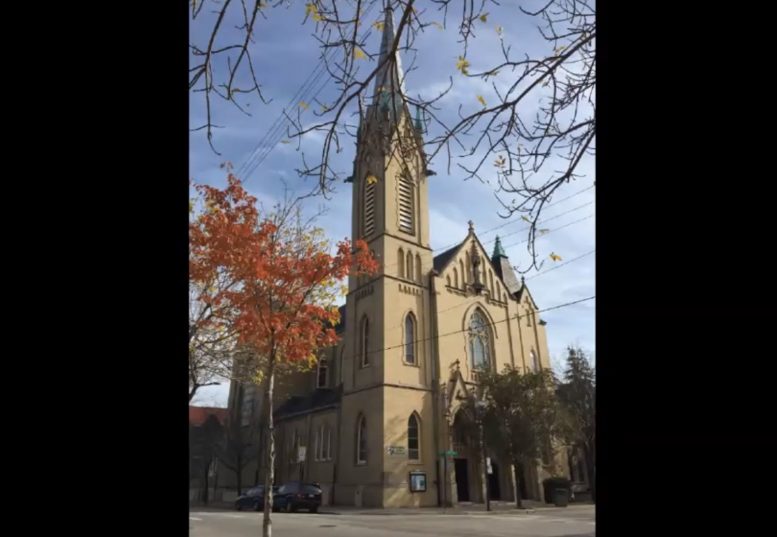 The Commission on Chicago Landmarks has approved the final landmark recommendation for the Monastery of the Holy Cross at 3101 S Aberdeen Street in Bridgeport. Located at the intersection of W 31st Street and S Aberdeen Street, the church structure was formerly the Immaculate Conception Catholic Church. 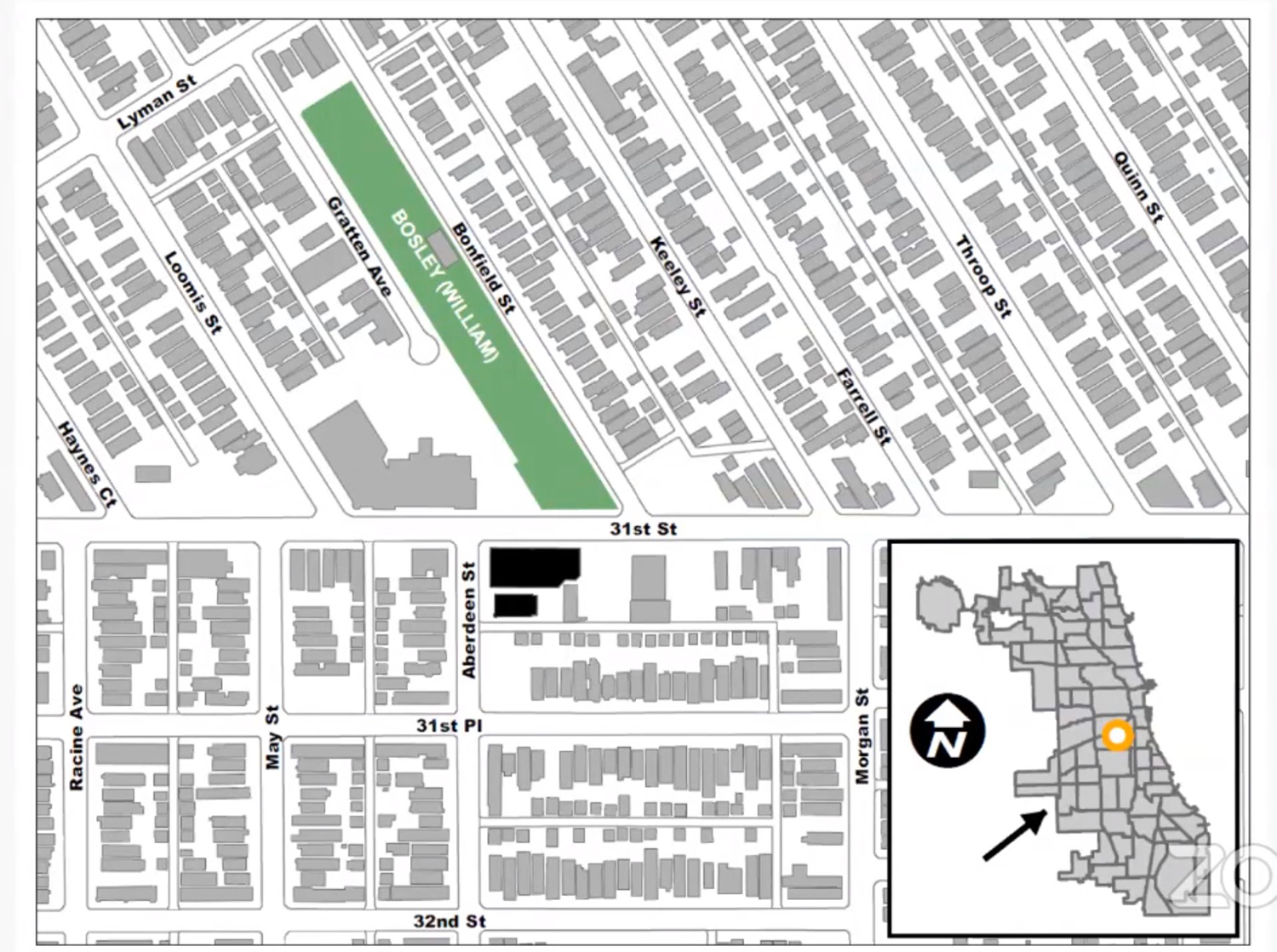 Site Context of Monastery of the Holy Cross. Image by CCL

Constructed in 1909, the building served as a Catholic church until 1990. In 1991, the shuttered church was given to the Monastery of the Holy Cross, and the structure was renamed. The property also includes a convent and rectory. 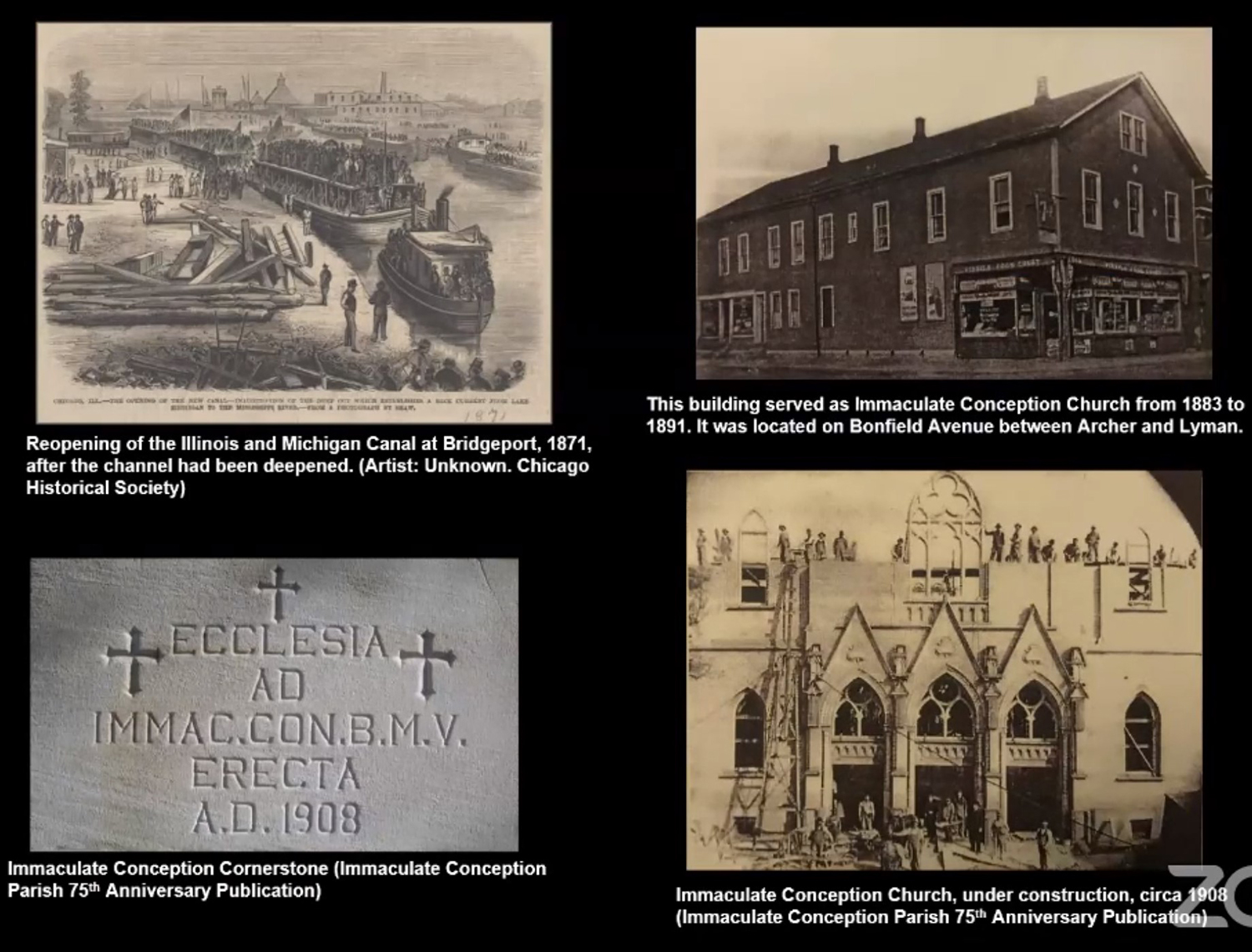 As part of the landmark process, the church meets Criterion 1 for its value as an example of city, state, or national heritage. Positioned as a neighborhood church, it was an integral part of cultural life for the German immigrant community who came to the area to work on the adjacent canals. The religious center was a national parish for German-speaking Catholics. 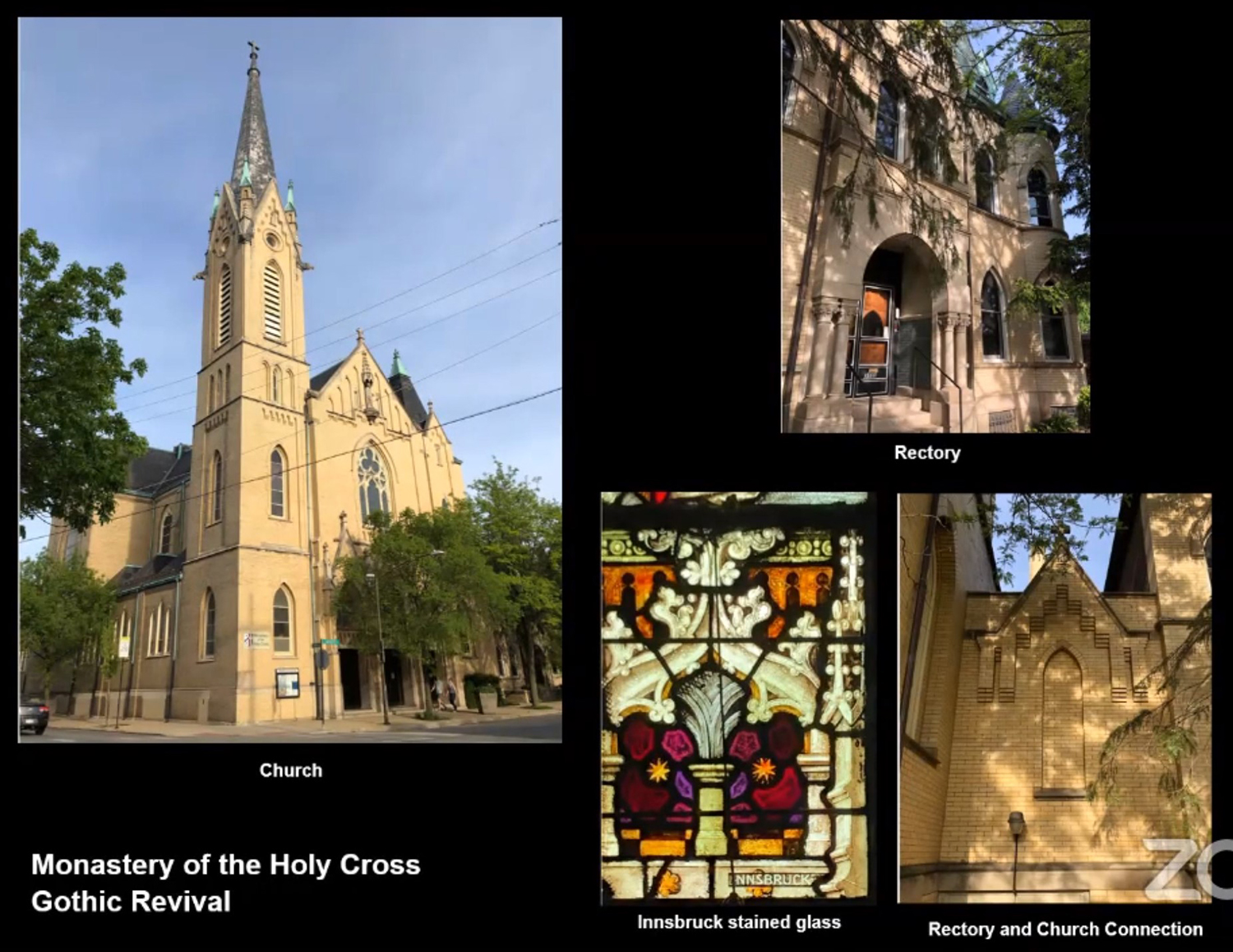 Images of Monastery of the Holy Cross. Image by CCL

The second criteria that it meets is Criterion 4 for exemplary architecture. The church is an example of neighborhood ecclesiastical architecture executed in the gothic revival style. Designed by Hermann J Gaul, it was inspired by the Cologne cathedral in Germany. The masonry building is constructed with slender windows and a tall tower that accentuates the verticality of the structure. Carved stone statuary and brick ornamentation offers high style to the neighborhood while referencing surrounding brick materials characteristic of the area. 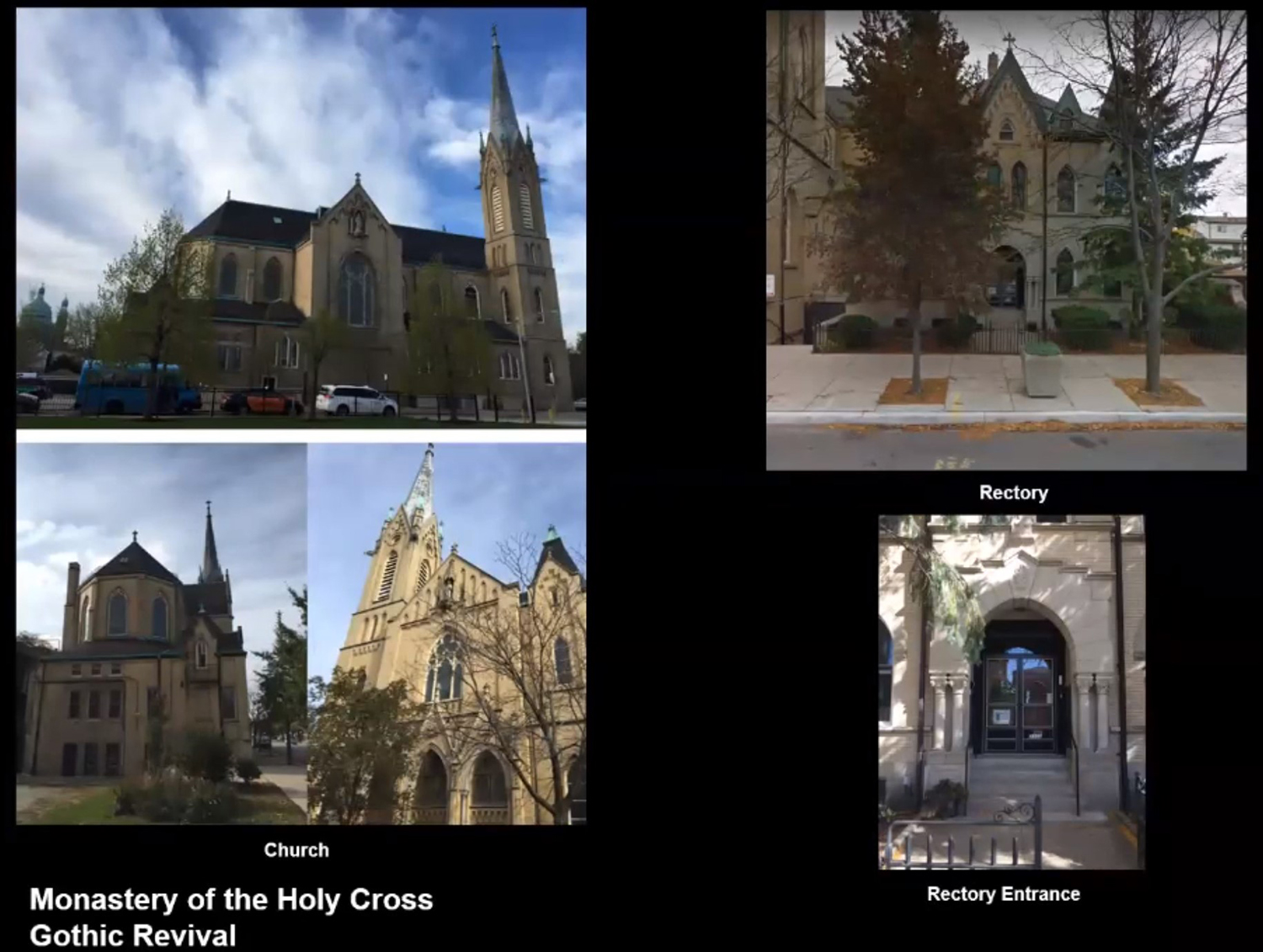 Images of Monastery of the Holy Cross. Image by CCL

The final metric considered for landmark status in this case is Criterion 5, Important Architect. Designed by Hermann J Gaul, this church is a significant early work of his as he became known to be a major ecclesiastical architect of the early 20th century. He had apprenticed under Louis Sullivan and has designed an array of buildings influenced by German architecture. 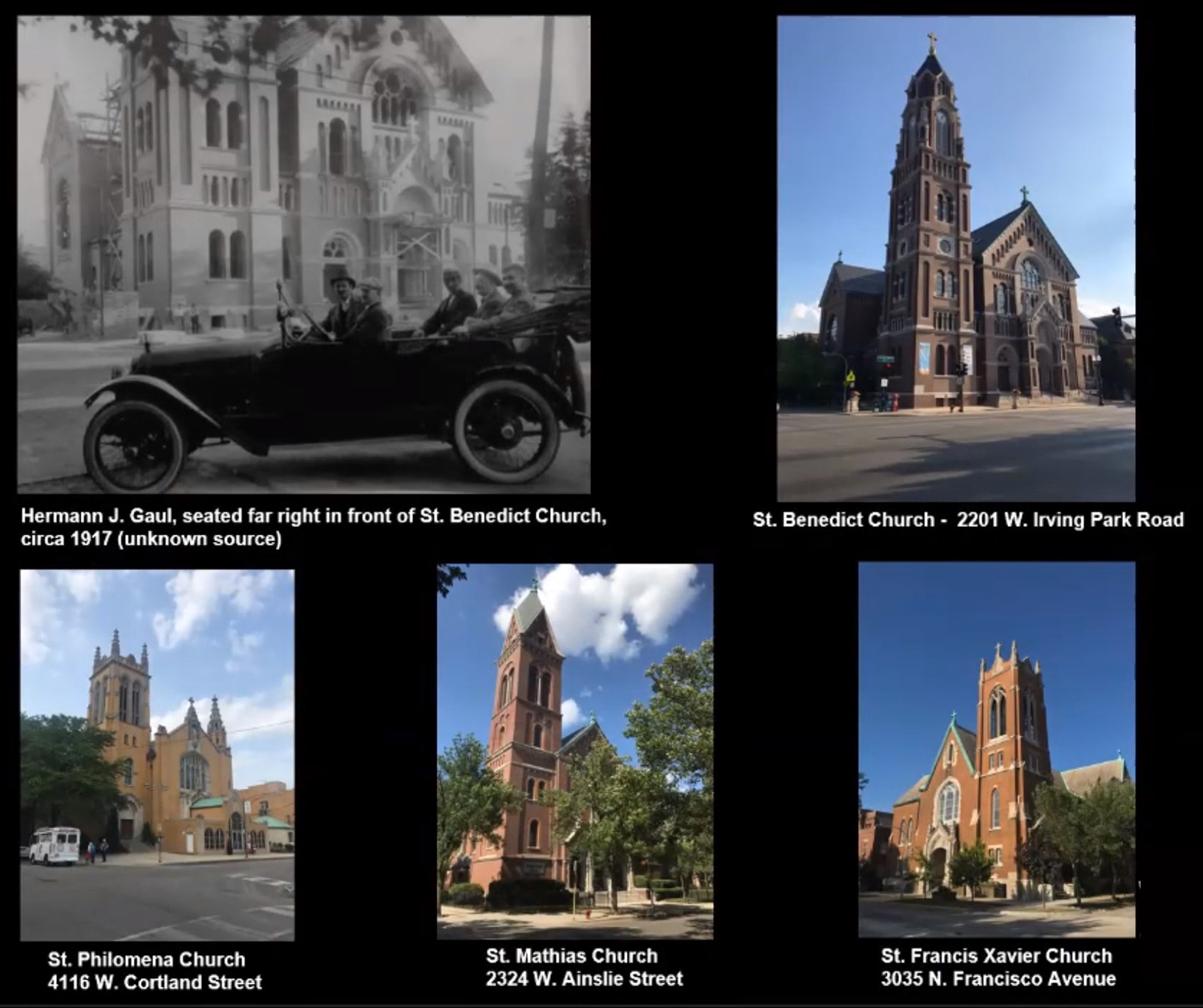 The edifice also meets the Integrity Criterion, as it remains in good physical condition and integrity. The historic exterior form and majority of exterior features, materials, and detailing have been retained. There have been no major additions or alterations. 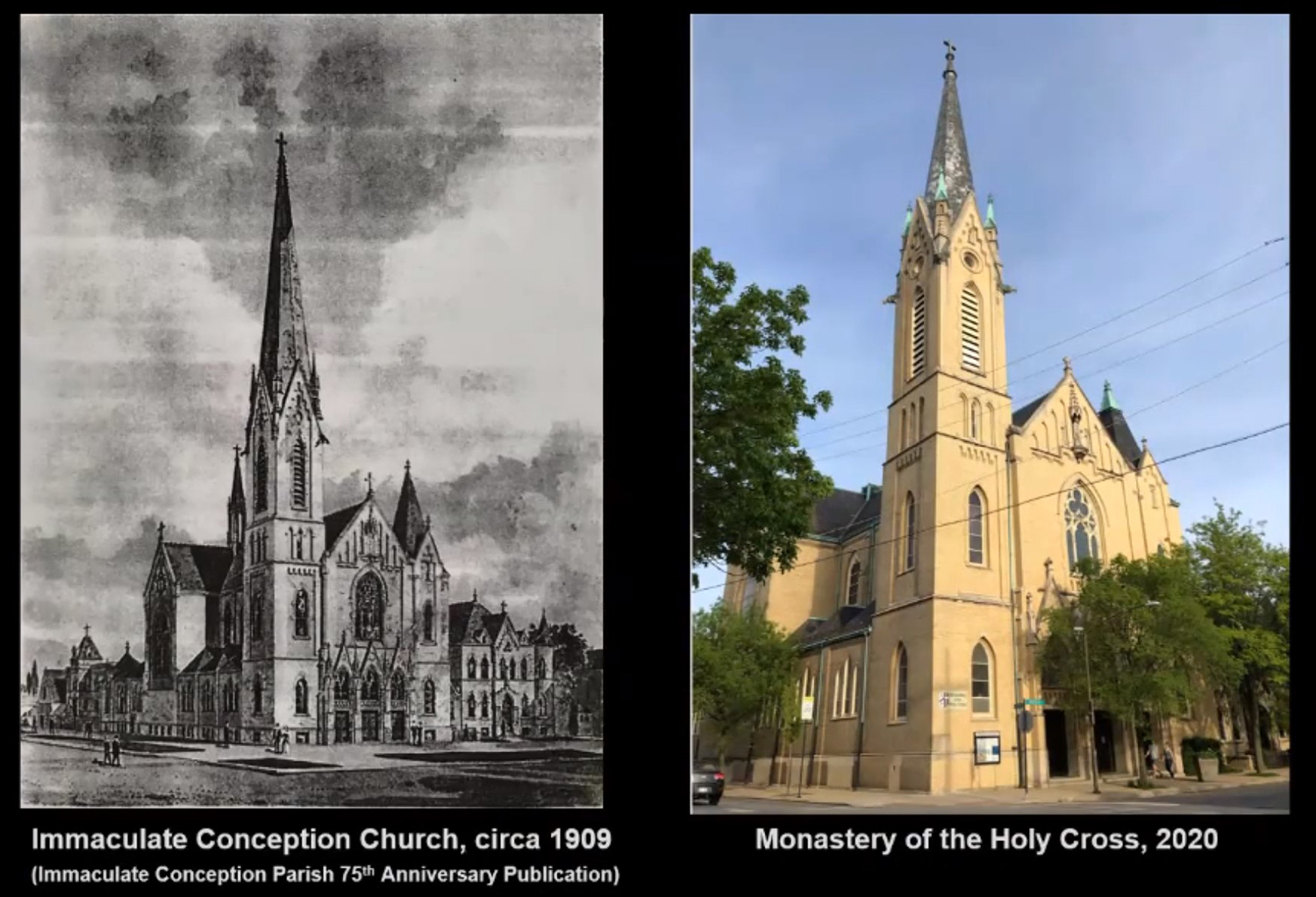 Monastery of the Holy Cross Historical Image vs. Current Conditions. Image by CCL

The landmark status will protect all exterior elevations including rooflines of both the church and the adjacent rectory. The two-story flat building south of the church and a masonry wall parallel to the alley will not be included.

With the approval of this recommendation, the Chicago City Council will vote on the final designation of the church as a landmark. If approved, the church will become an individual landmark and be protected from demolition.