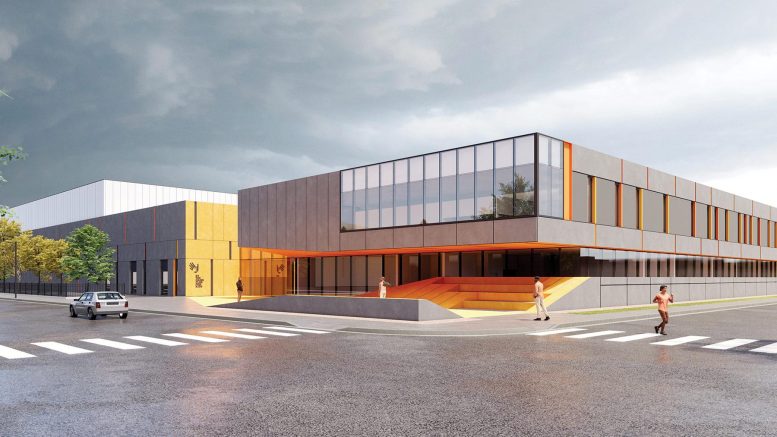 Foundation permits were issued this past Wednesday for a new two-story community center under the address 1841 N Laramie Avenue in North Austin. Officially located at 1815 N Laramie Avenue, the currently vacant site was sold for $2 million by the city, which was approved by City Council in September of last year. 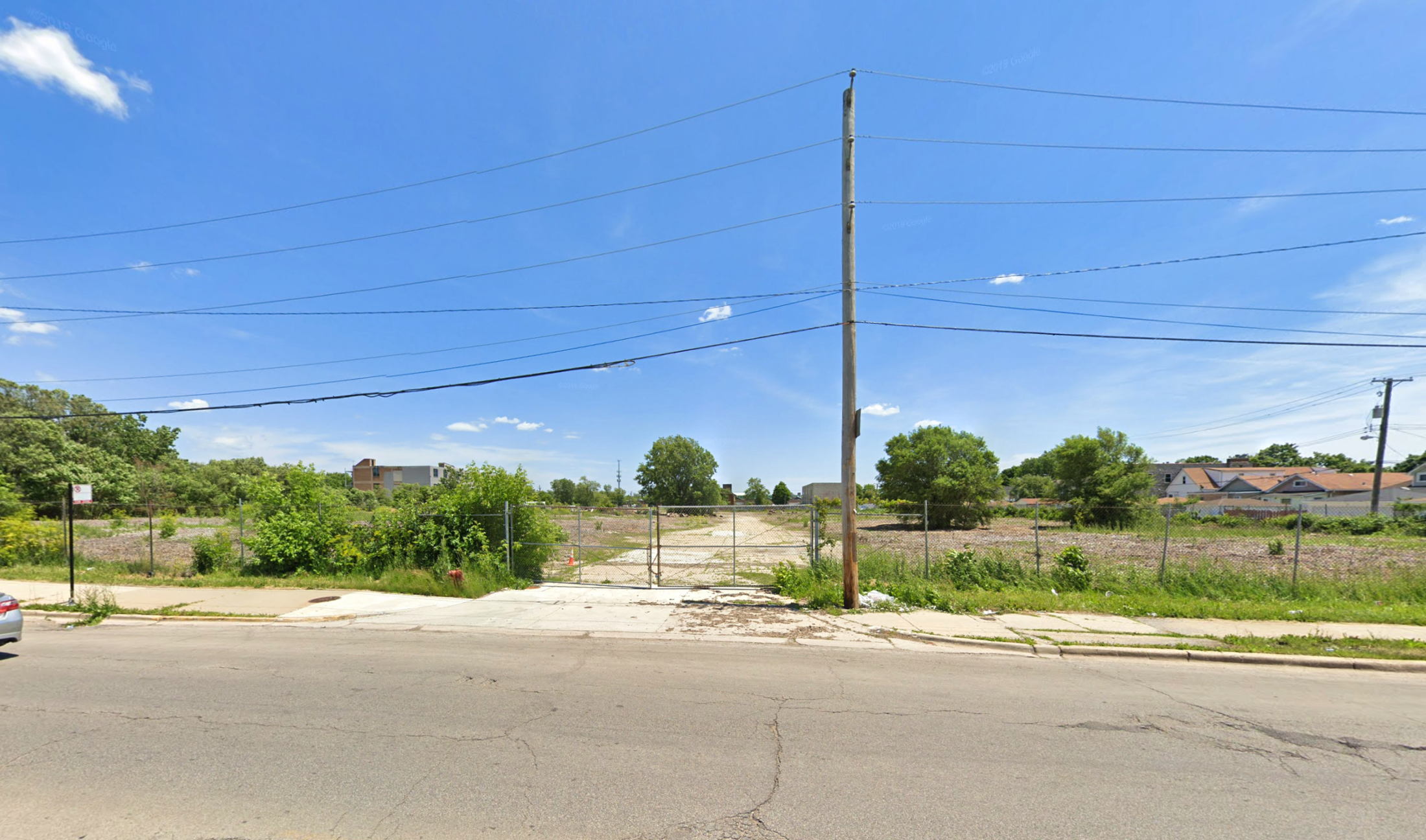 Developed in partnership between the neighboring Grace and Peace Church and the By the Hand Club for Kids, the new building will be primarily target toward teenagers and younger adults aged 16 to 25. A senior pastor for Grace and Peace Church, John Zayas was quoted in a 2020 Block Club Chicago article. Zayas emphasized the project’s core mission to help this younger audience find a “sense of direction and purpose.” 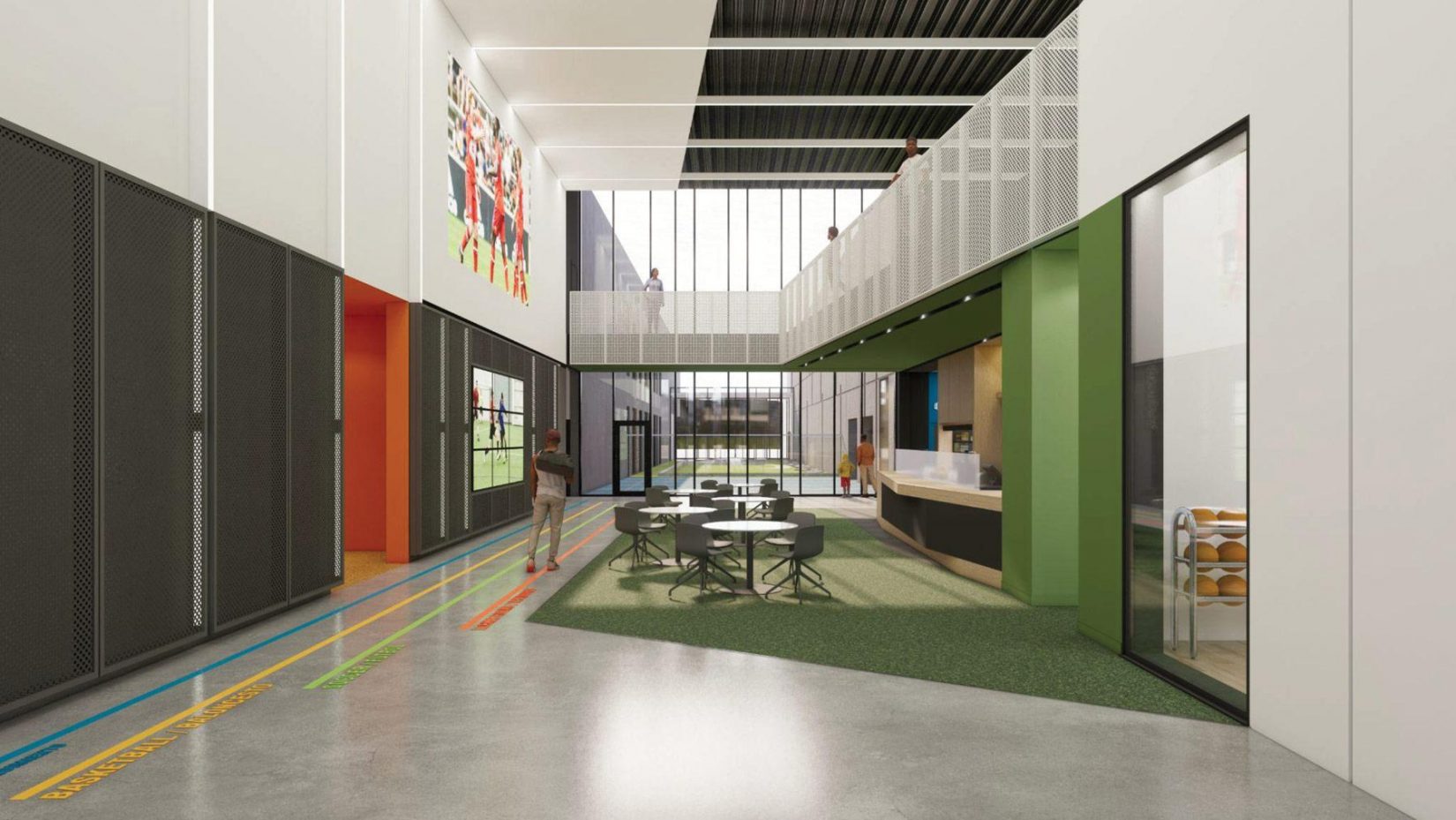 At 140,000 square feet, a portion of the building will include spaces and classrooms for academic and mentorship assistance. The facility will also be heavily oriented around fitness, with indoor activities such as a fitness center, CrossFit stations, and basketball courts. Outside will be an additional workout area, a playground, a walking track, soccer fields, and a lacrosse training area. 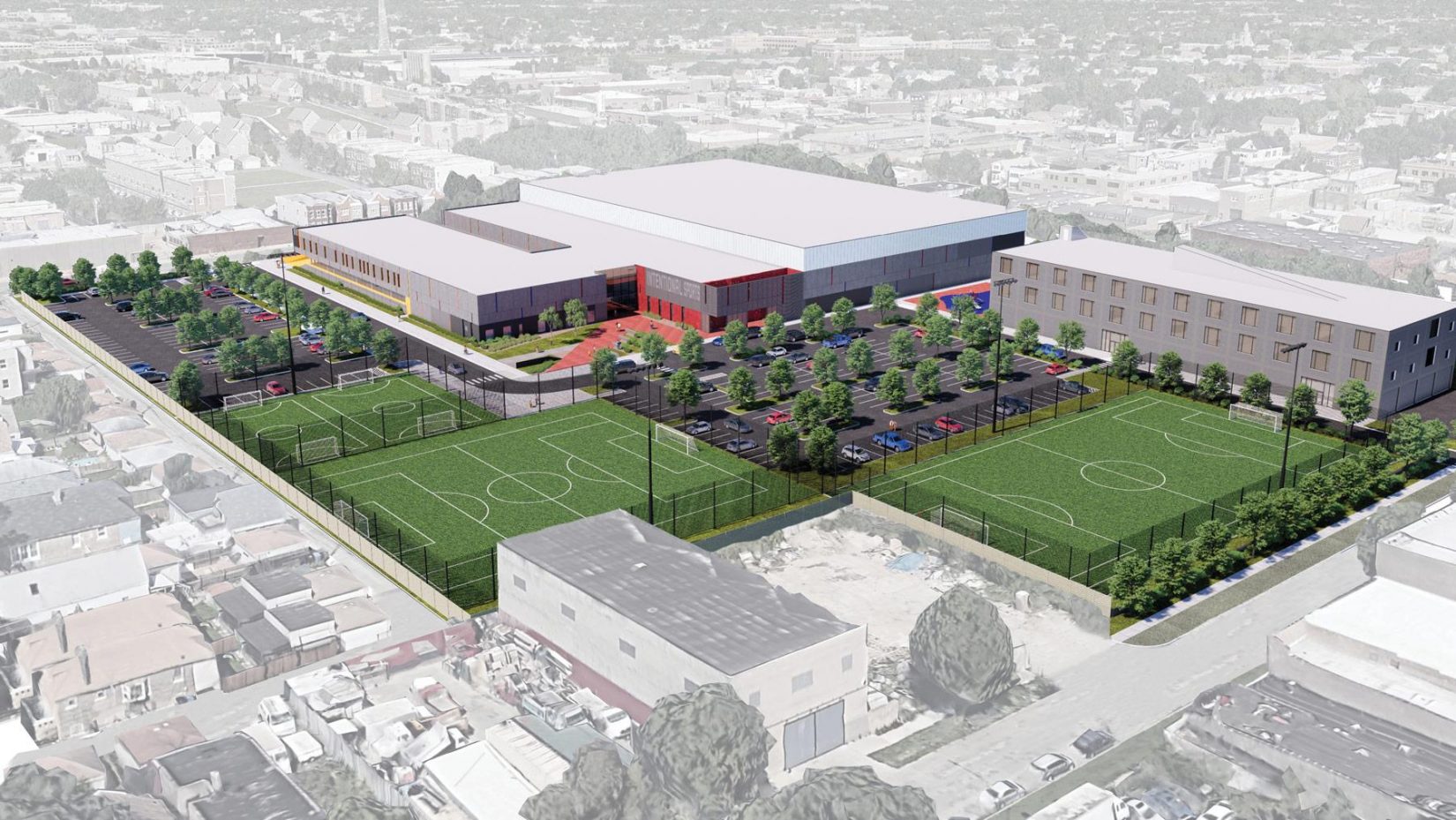 Team A Architecture is behind the design for the center, which includes a gray paneling as the primary cladding, juxtaposed by a warm-colored secondary palette.

The site is serviced by various transportation options, including bus stops for Route 57 just a minute’s walk south. Additional bus service for Routes 65 and 73 can be found via a four-minute walk north to the intersection of Grand & Laramie. While no CTA L stations are available within walking distance, the nearest Metra access can be found at the Grand/Cicero station via a 13-minute walk east.

The construction will be a joint effort by ARCO/Murray and GMA Construction Group, at a total estimated cost of $31.5 million. The project had also received a $1.5 million subsidy by the state government’s Rebuild Illinois capital plan. A full completion is anticipated for fall 2022.