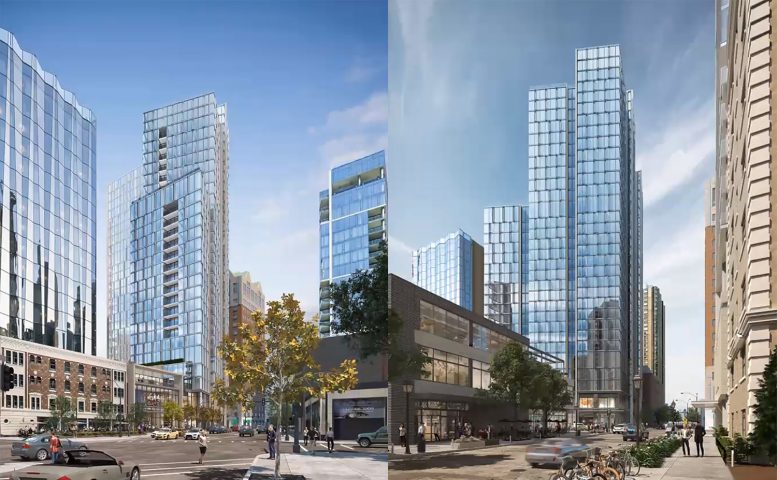 Renderings have been revealed for a revised mixed-use development at 1130 N State Street in the Gold Coast. The project site is located on a corner lot at the intersection of N State Street and W Elm Street. Currently the property is occupied by a shuttered Barnes and Noble store and a surface parking lot. Newcastle Limited is in charge of the development. 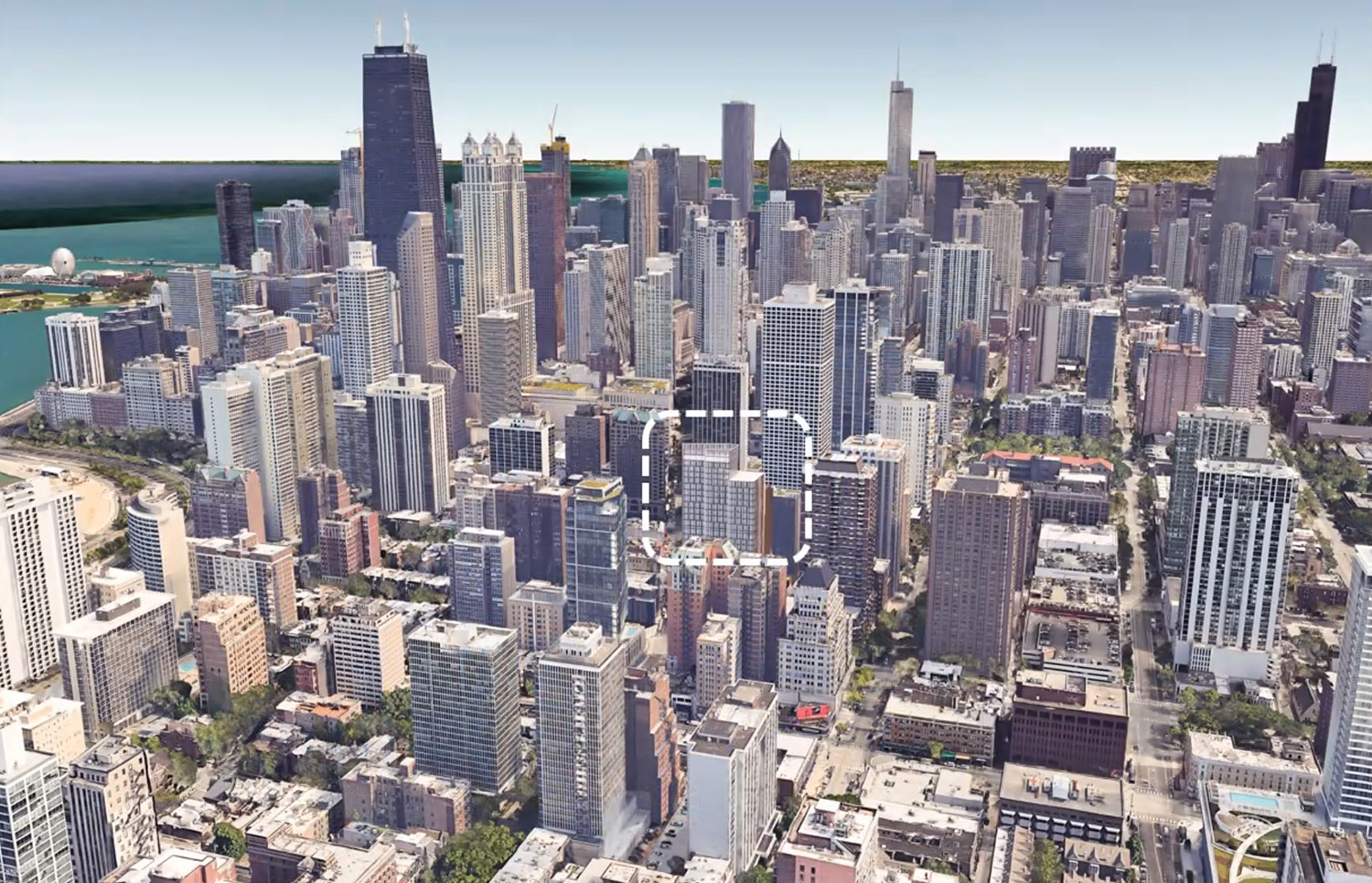 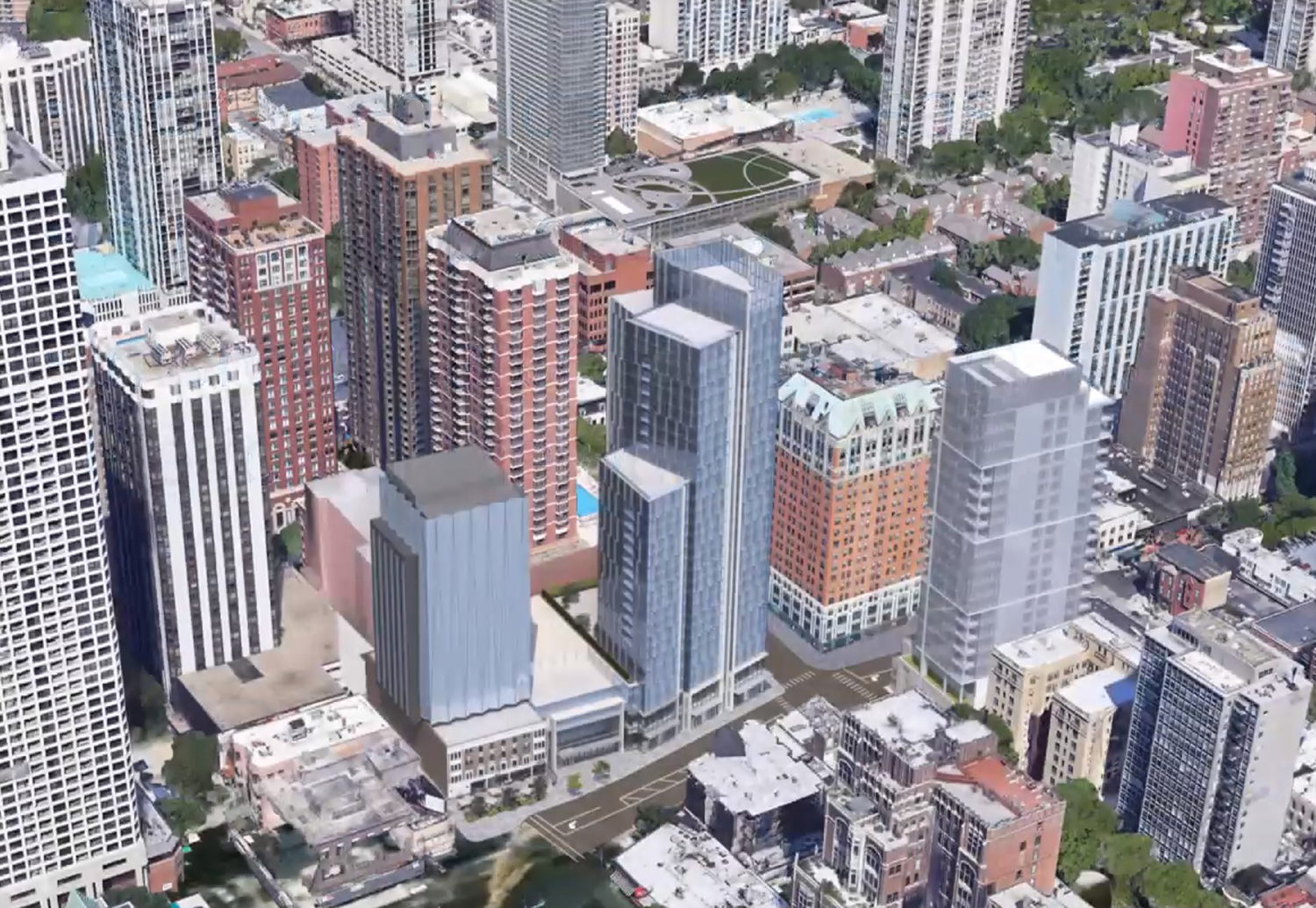 Designed by Solomon Cordwell Buenz, the updated proposal will produce a 29-story mixed-use tower rising 345 feet. The project will feature 304 rental units and approximately 10,000 square feet of ground-floor retail space. The residences will be a mix of one- and two-bedroom apartments. Additionally 105 parking spots will be provided, accessed via a garage entrance along W Elm Street. 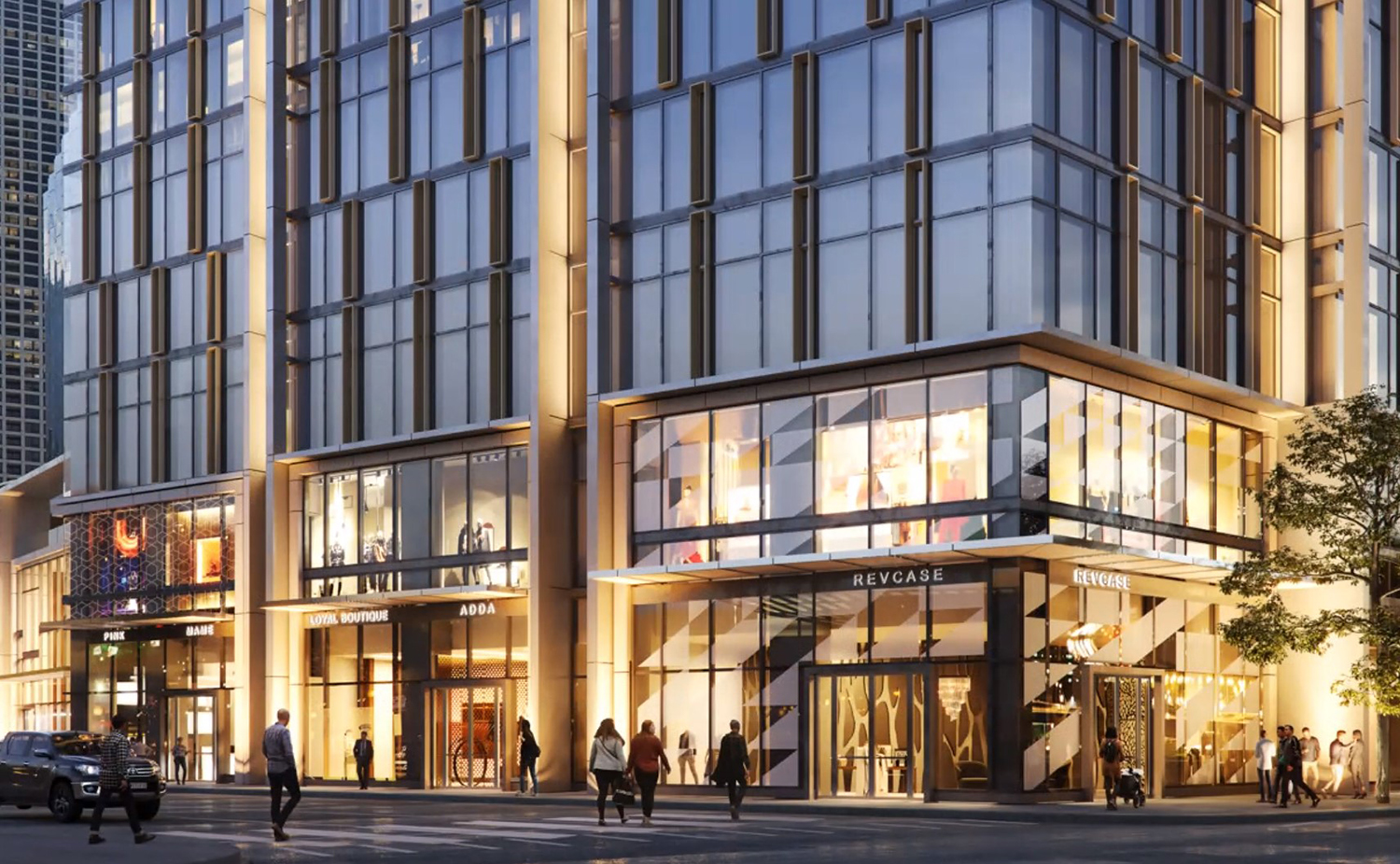 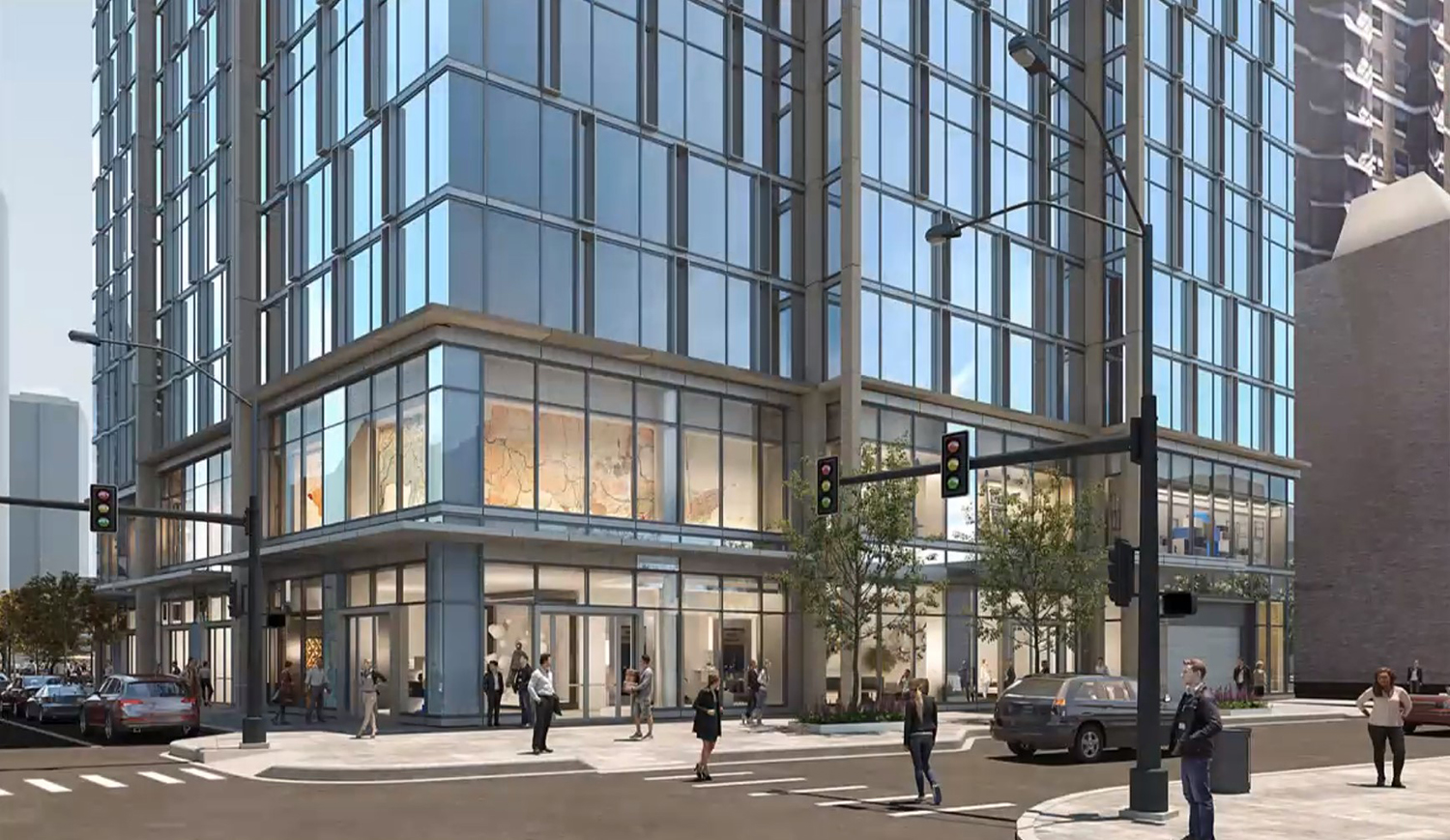 The design revisions aim to improve the architectural massing of the tower. The volume of the building has been broken down into three steps, creating a one thirds to two thirds division that relates to nearby structures. The lower step relates to the nearby Viceroy Chicago at 1118 N State Street. The upper step relates to 1135 N Dearborn Street and 4 E Elm Street. The tower height steps up towards the intersection to celebrate the corner. Inset balconies have been introduced into the facade. 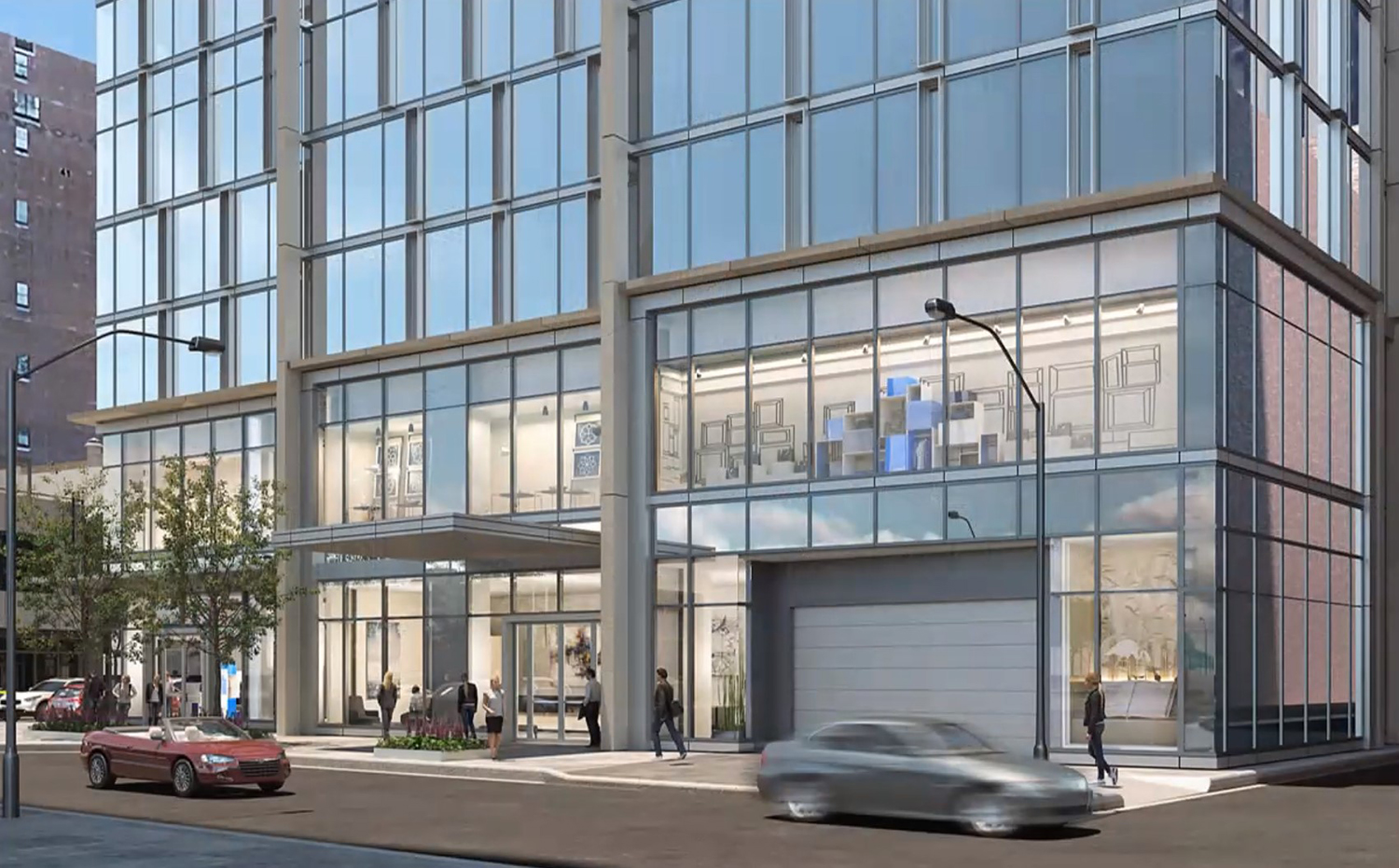 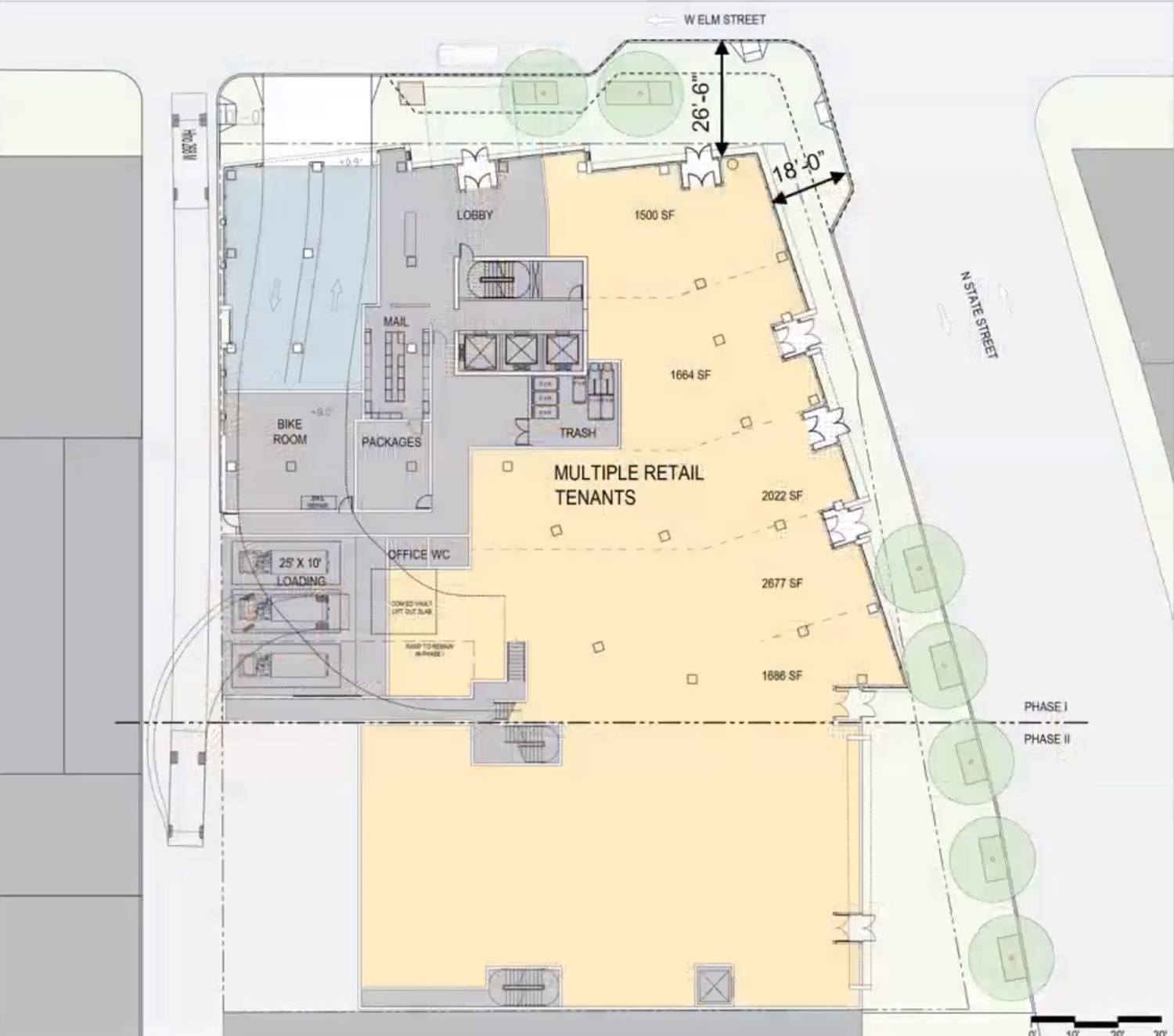 The update also improves the pedestrian experience along the base of the development. The sidewalk areas have been increased, with bulb-outs introduced at the corner of W Elm Street and N State Street to reduce the length of sidewalks. A drop-off and pick-up area will be located in front of the residential entrance. The residential entrance will also front W Elm Street with a canopy protecting the entry. Electrical wires will be buried underground. 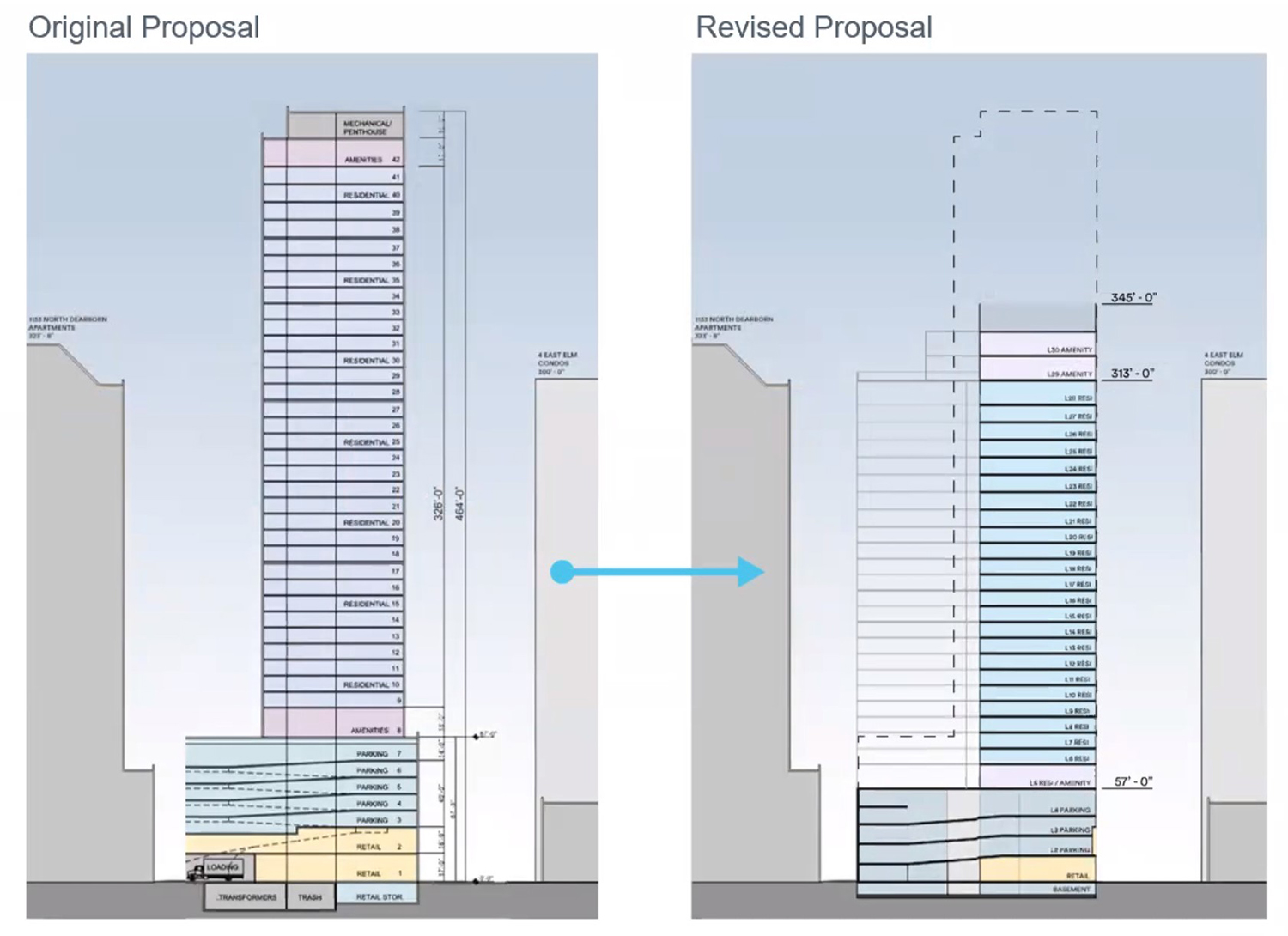 This plan comes as the second revision proposal from the developer after the original plan was scrapped over a year ago. The new proposal retains the height cut and the reduction of retail space. The Lou Malnati’s building will still be redeveloped at a later point, pulling the structure back to create space for a sidewalk café. 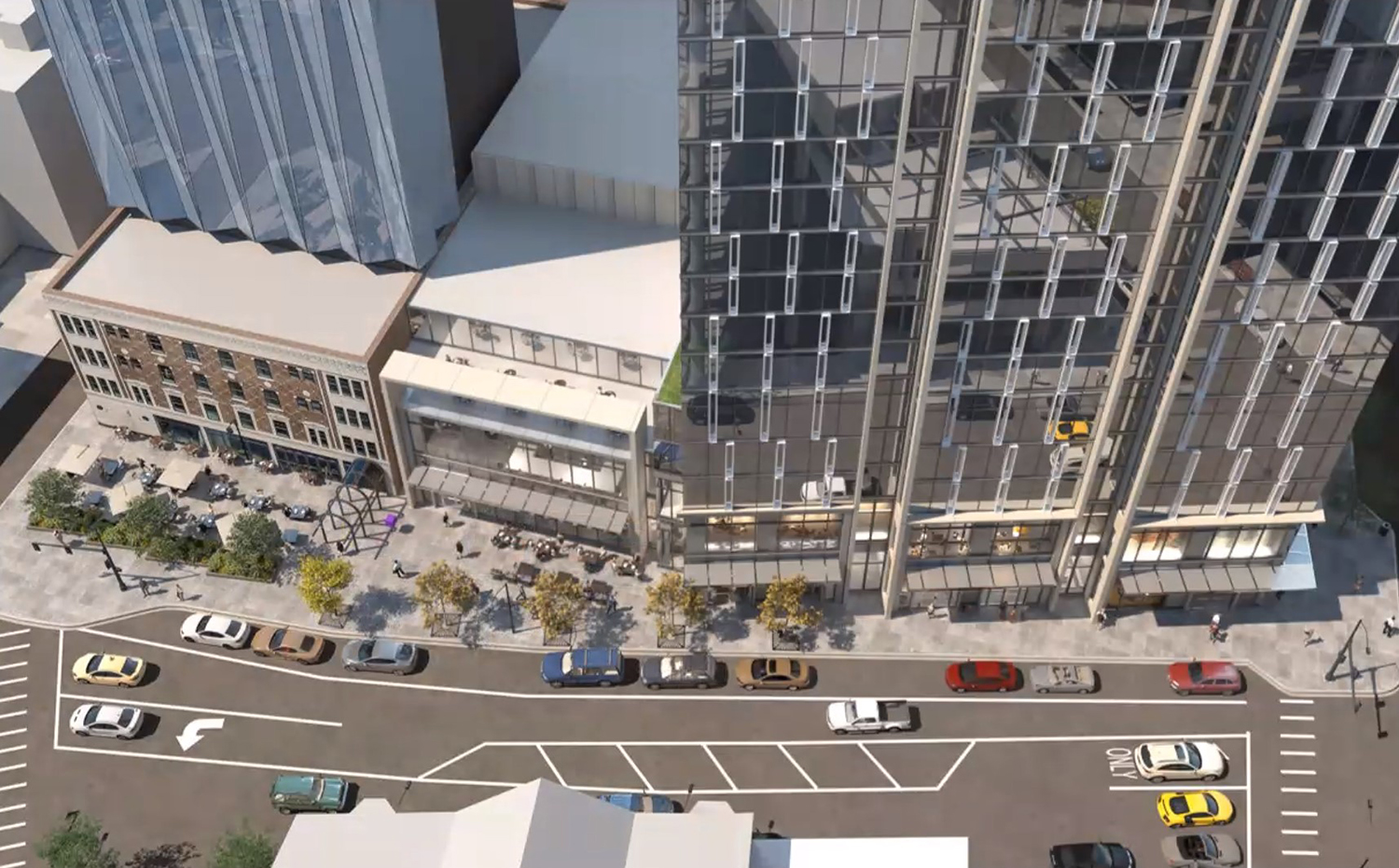 The building is expected to exceed the city’s sustainability requirements and provide eight on-site affordable units. The developer will not be receiving Tax Incremental Financing funding and will pay approximately a combined $8.5 million as the in-lieu payment for the remainder of its affordable housing responsibility, as well as into the Neighborhood Opportunity Fund for the 4.5 Floor Area Ratio bonus. 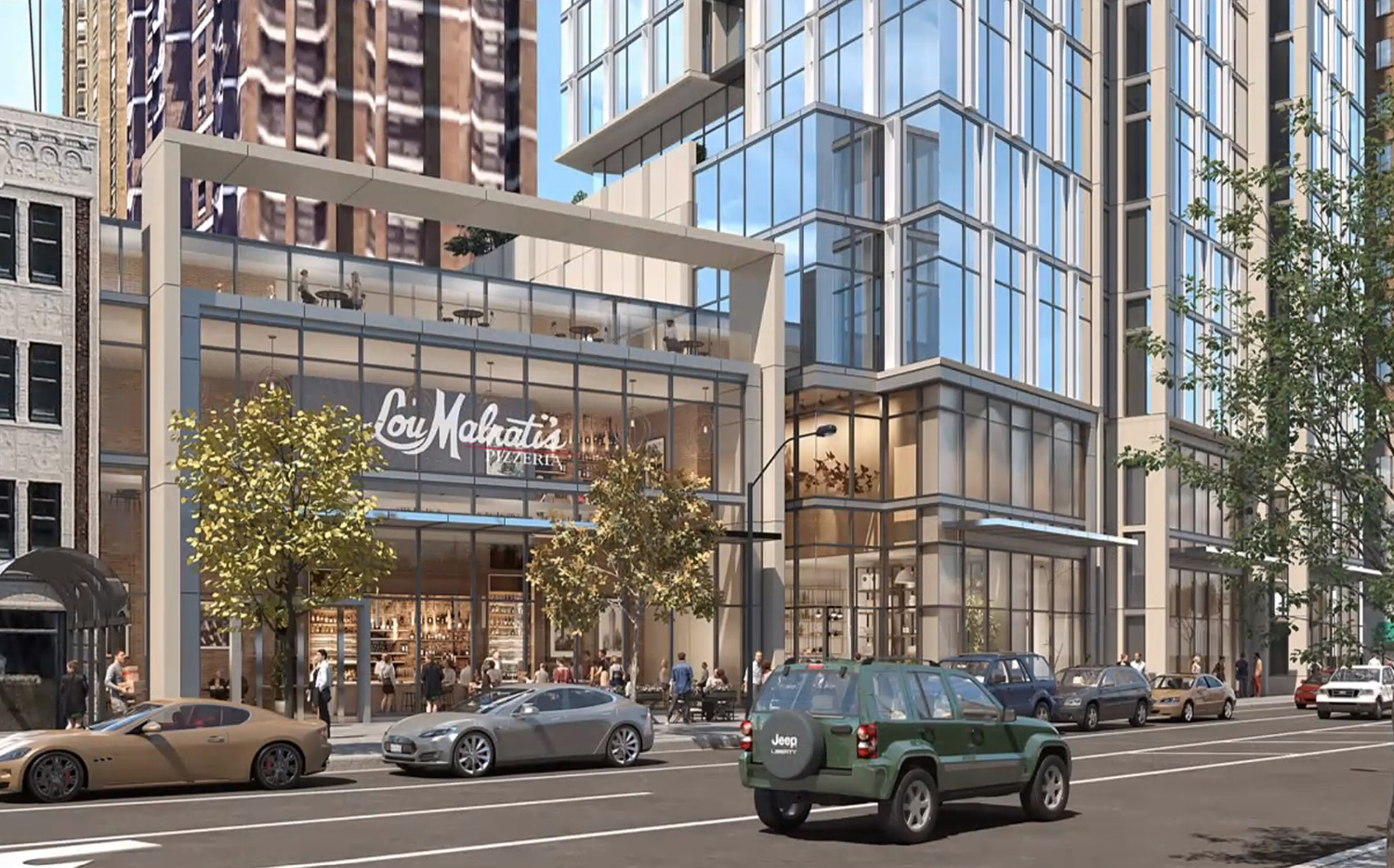 The proposal has been formally filed with the City of Chicago and will require approvals from the alderman, Chicago Plan Commission, zoning committee, and full Chicago City Council. Demolition is expected to take place in spring 2022. Construction is anticipated to begin in fall 2022 and end by early 2024.