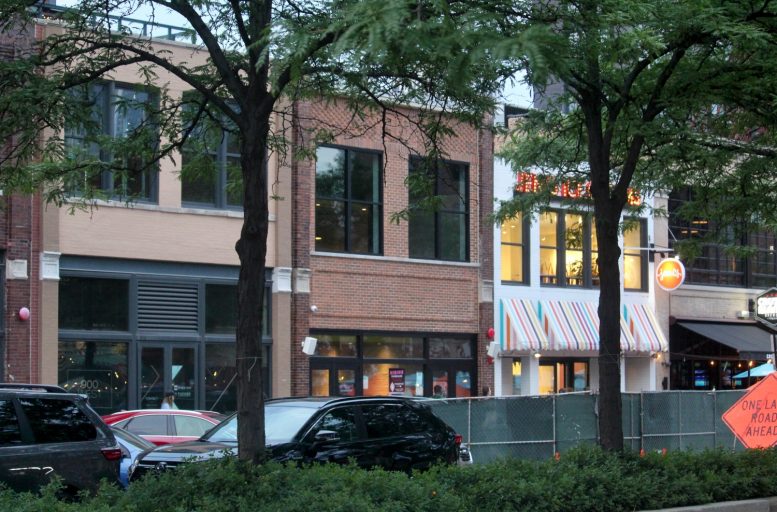 Conversion work is wrapping up for 910 W Randolph Street in the Fulton Market district. The listed owner Christian Chavez and occupying owner Stephen Wall are planning to transform the former two-story retail building into a new restaurant venue for Chicago’s third Velvet Taco. The current owners had bought the 4,600-square-foot structure in January 2020 for a reported cost of $1.75 million. 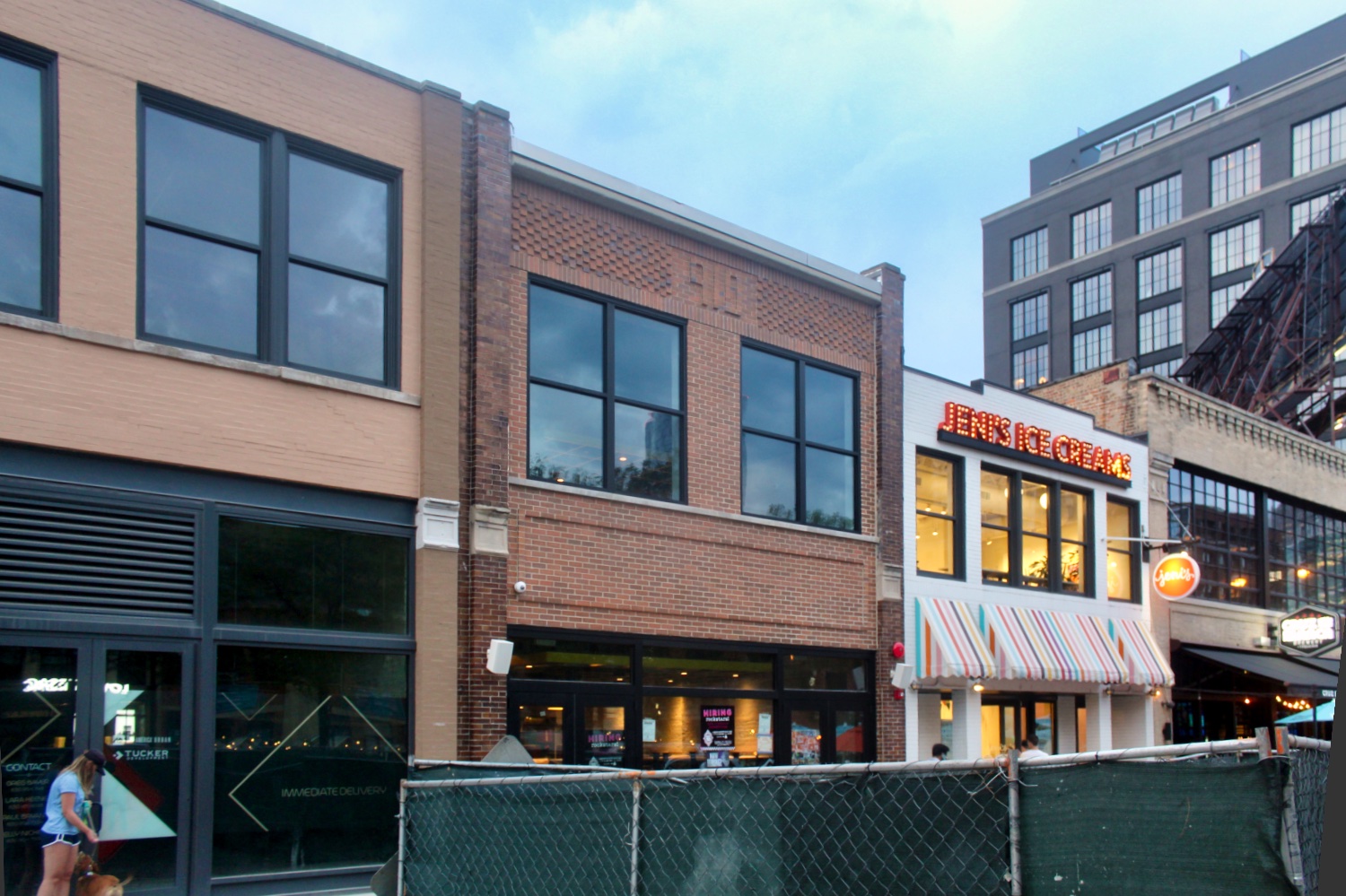 Hirsch MPG is behind the design, which is replacing the former glass and stone frontage with a textured brick and black metal facade. Along with the street-facing exterior wall, the interior core has also been replaced with new partitions and floors. The first floor will be occupied by both dining and a kitchen area, while the second floor will house additional dining space. The structure will also retain its basement level, with room for food preparation, storage, and utilities. 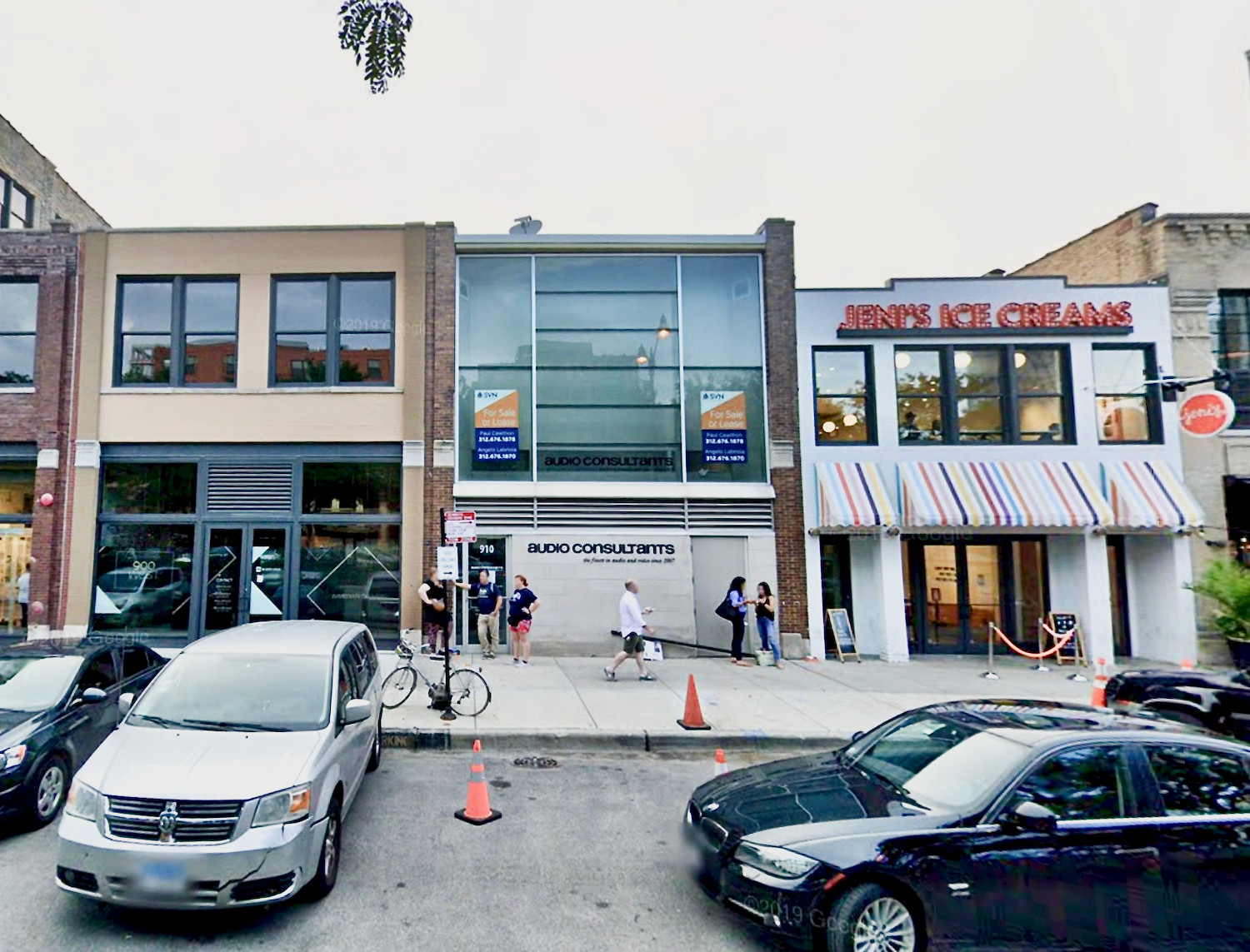 910 W Randolph Street, prior to conversion. Via Google Maps

The narrow property is prominently located along the Randolph Street corridor, which has seen unprecedented development and high commercial demand in recent years. The vicinity is also inundated with available transit options, the closest of which is service for the Green and Pink L Lines via a three-minute walk northwest to Morgan station. Various bus access points also line the area, including Route 8 via a four-minute walk east to Halsted & Randolph. Meanwhile, diners and tenants will find Route 20 at the Madison & Peoria stop via a five-minute walk south. 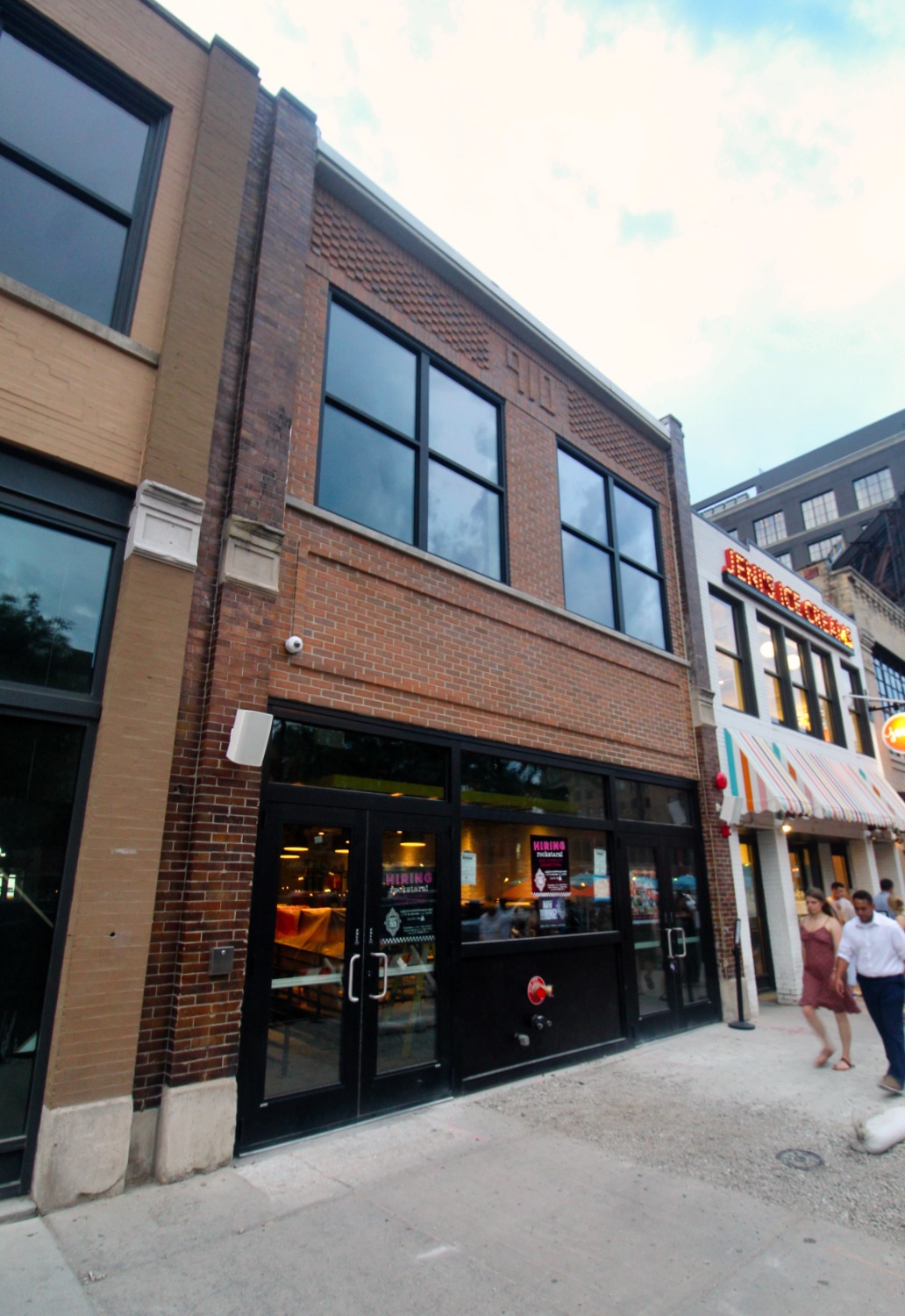 Level Construction Inc. is behind the $750,000 project, which is expected to open this summer.