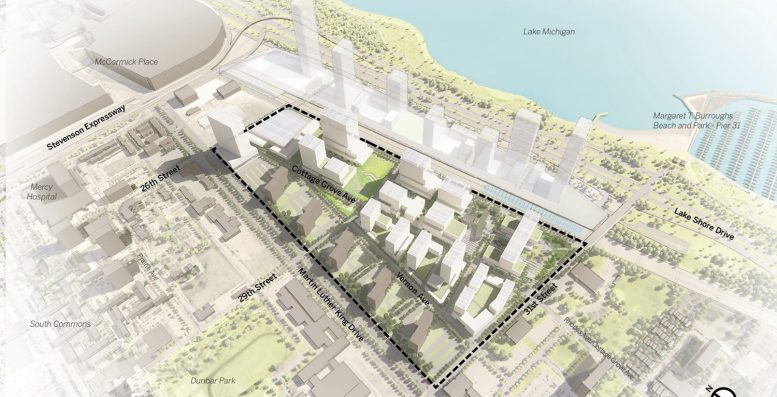 The Community Development Commission has approved the $96.9 million sale of the former Michael Reese Hospital site to the developers of the Bronzeville Lakefront megadevelopment in Bronzeville. Located at 2929 S Ellis Avenue, the property is bound by E 26th Street to the north, E 31st Street to the south, S Vernon Avenue to the west, and S Lake Park Avenue to the east. The developers for the site are a team called GRIT Chicago, composed of Farpoint Development, Loop Capital, Draper & Kramer, Chicago Neighborhood Initiatives, McLaurin Development, and Bronzeville Community Development Partnership. 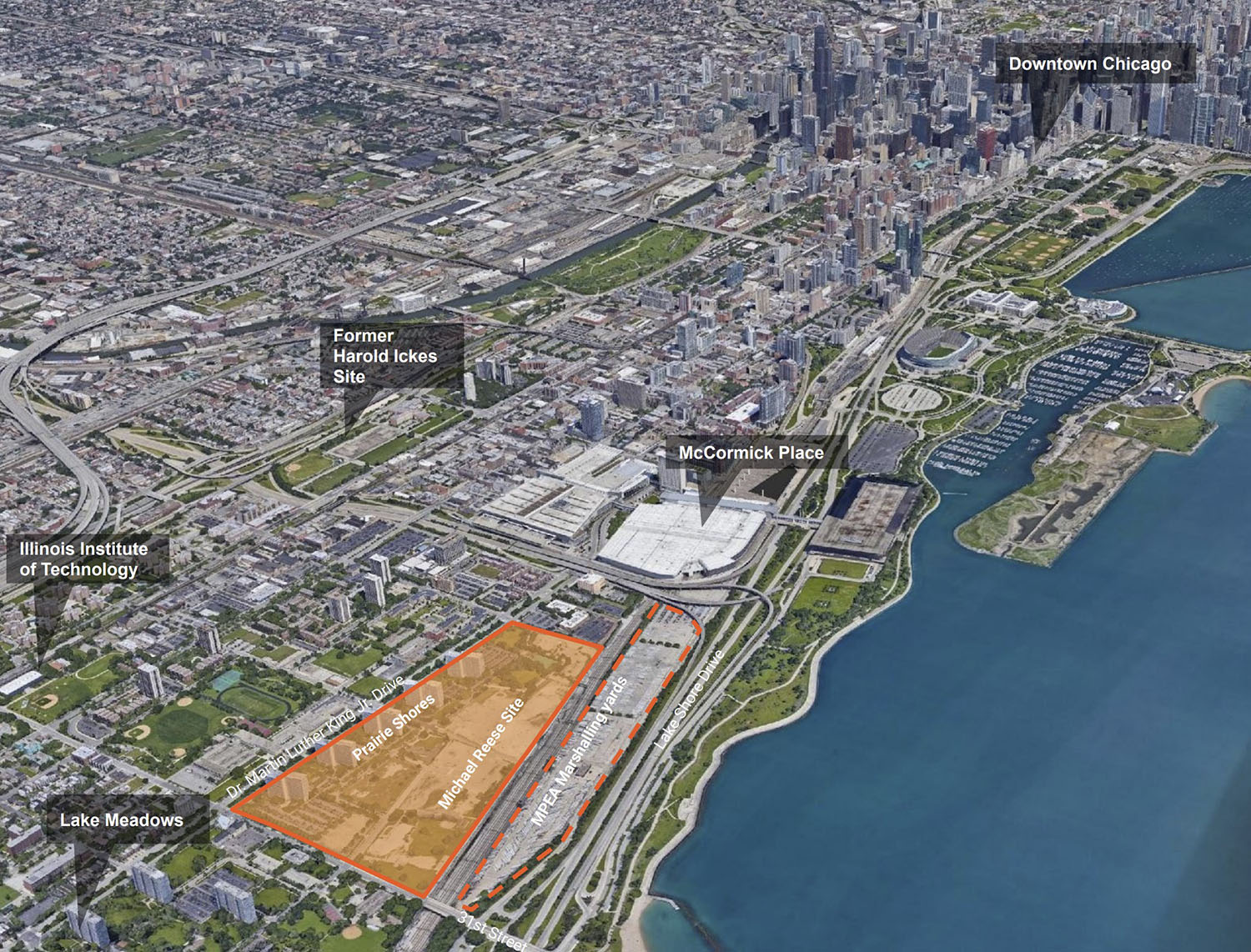 The site was acquired by the City of Chicago in 2009 as part of the failed 2016 Olympic bid and would have been home to the Olympic Village. The parcel has been vacant since 2009 when the hospital was demolished, with the exception of the Singer Pavilion, the single remaining structure. 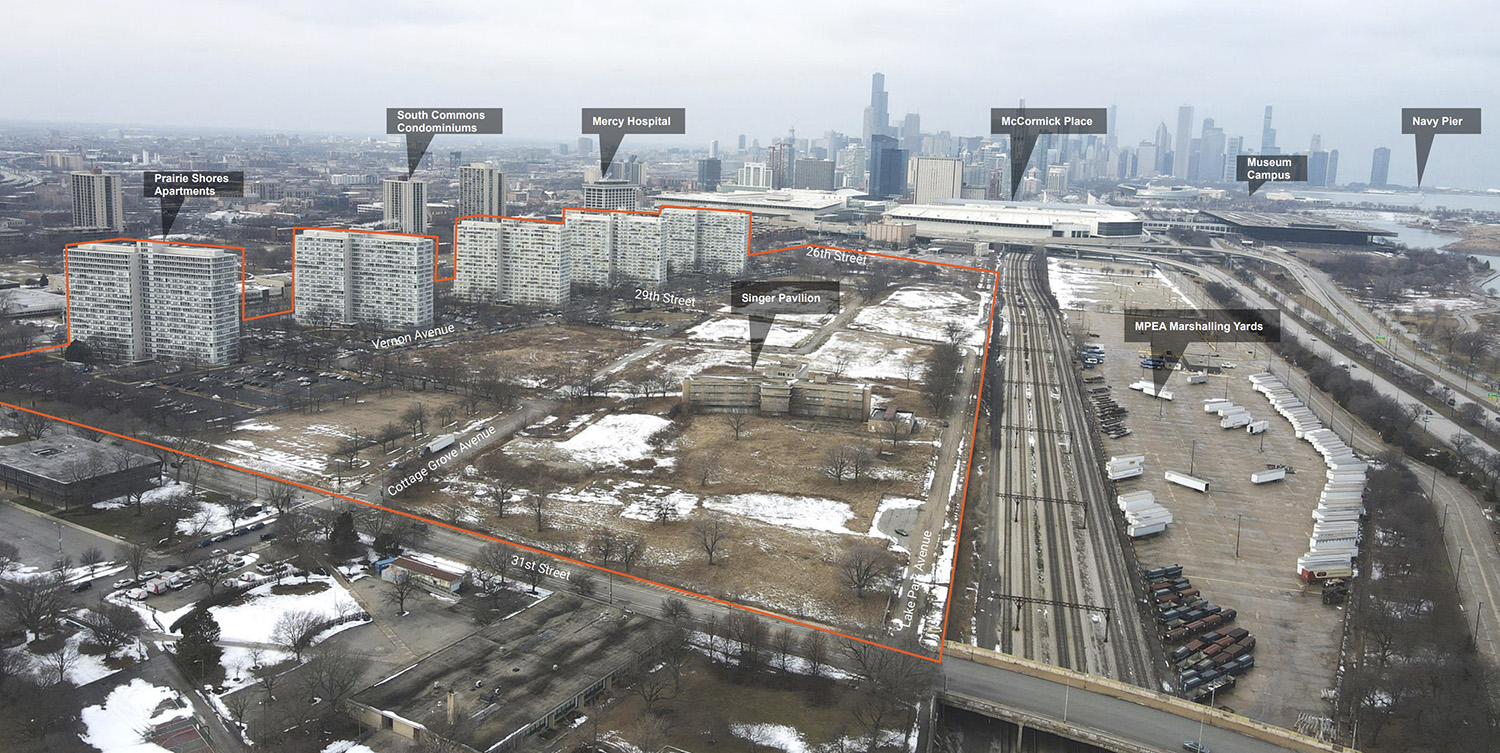 Significant remediation will be required on the northern portion of the property after underground radiological material was found by the city. The $31 million remediation will be performed by the city. Currently, the street network within the entire parcel is insufficient and in disrepair. The city will fund up to $60 million for construction of regional infrastructure improvements through federal funding and/or the city’s infrastructure plan. No tax incremental financing will be used. 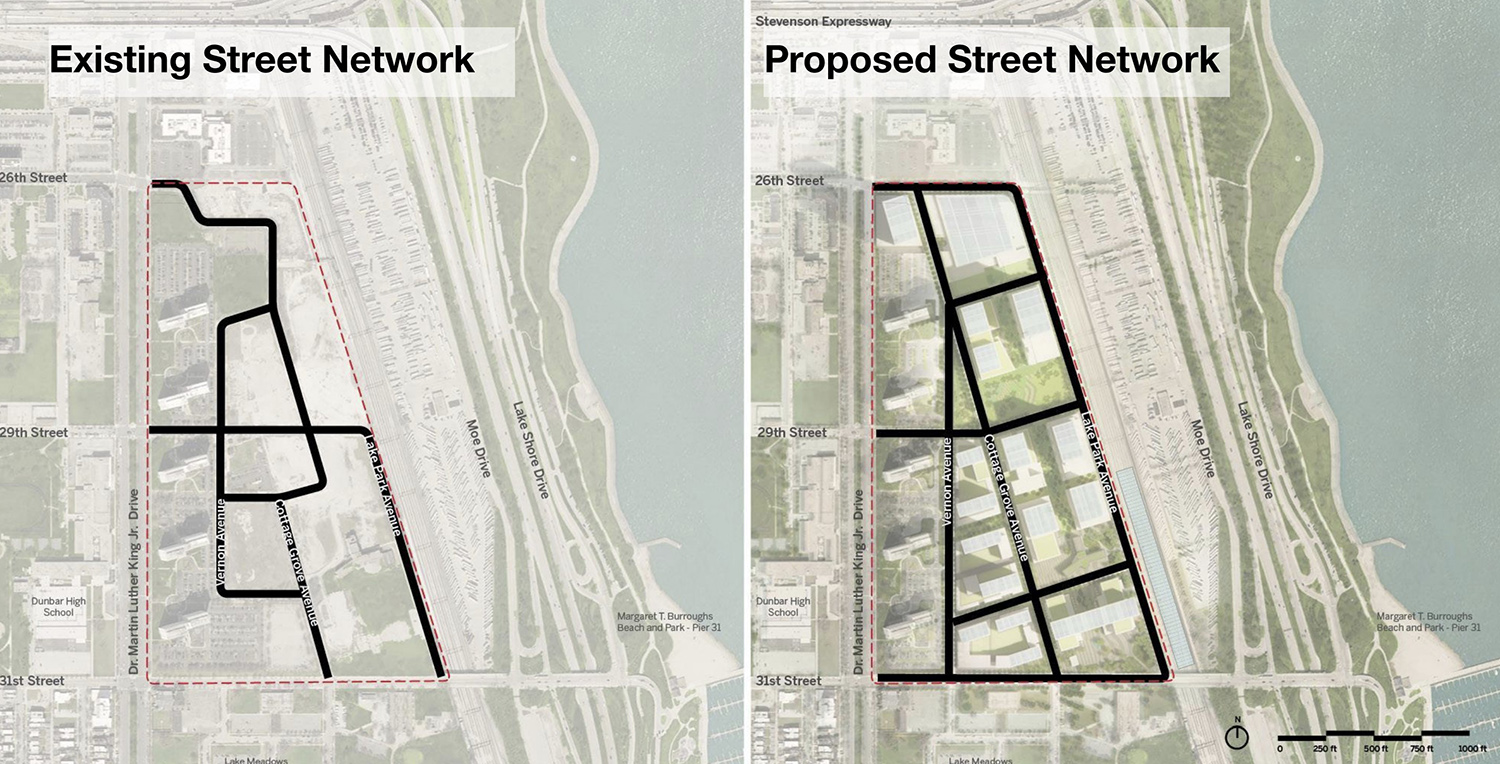 The City of Chicago will sell the entire site at a base price of $96.9 million, with the developers paying an initial payment of $20 million for the option to purchase the properties on a parcel-by-parcel basis over the next 14 years. 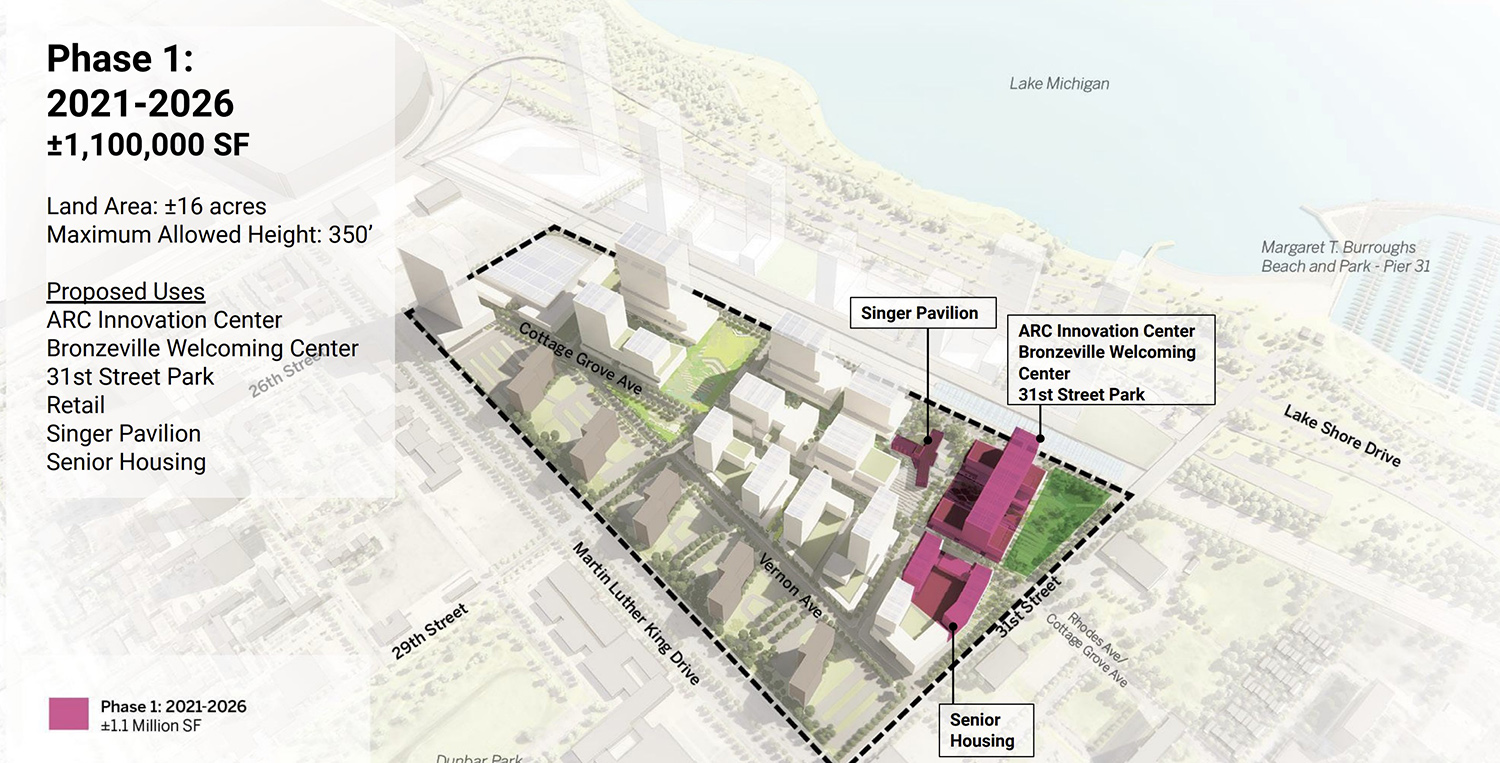 The development proposal will have a multi-phase approach, including mixed-use development with new retail, commercial, cultural, community, and residential uses with parks and open space included. Designed by Skidmore Owings Merrill, the full build out of the site is expected to last from 2021 to 2041, spanning 7.9 million square feet. 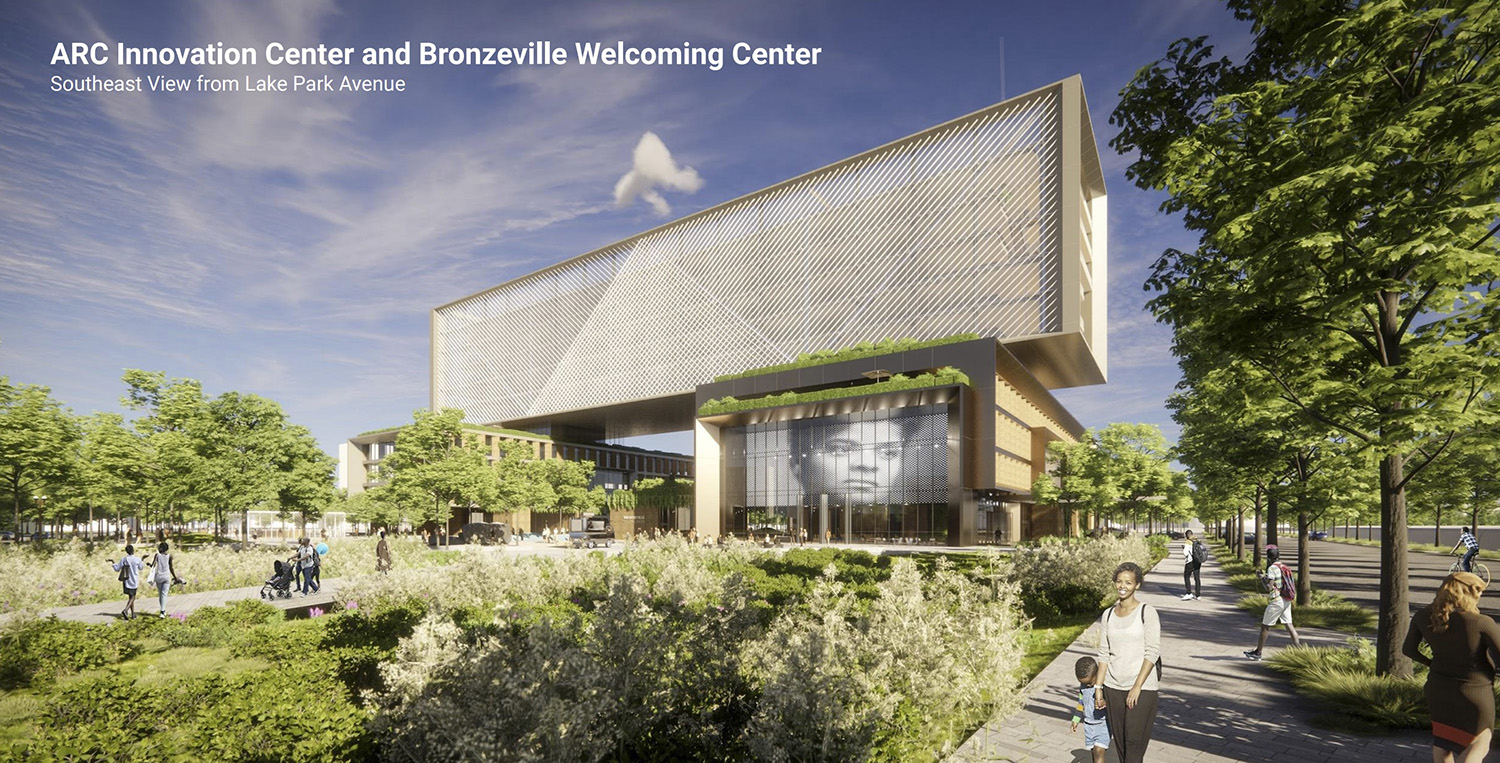 Phase 1 of the project will span from 2021 to 2026, including 1.1 million square feet. The first building of the plan will be the ARC Innovation Center and Bronzeville Community Center. Spanning 500,000 square feet and poised to rise 178 feet, the building will be anchored by Sheba Medical Center and the Bronzeville Community Center. The ground floor of the building will hold multiple retail spaces and the community center. The upper portion of the structure will hold laboratories and office space for life science tenants.

The land sale and zoning application will require final approval from the Chicago City Council. Those approvals are expected to occur by the middle of the summer, with construction beginning on the infrastructure by the end of year. All of the infrastructure work for the entire complex will be completed upfront over two to three years, beginning along E 31st Street and working north. 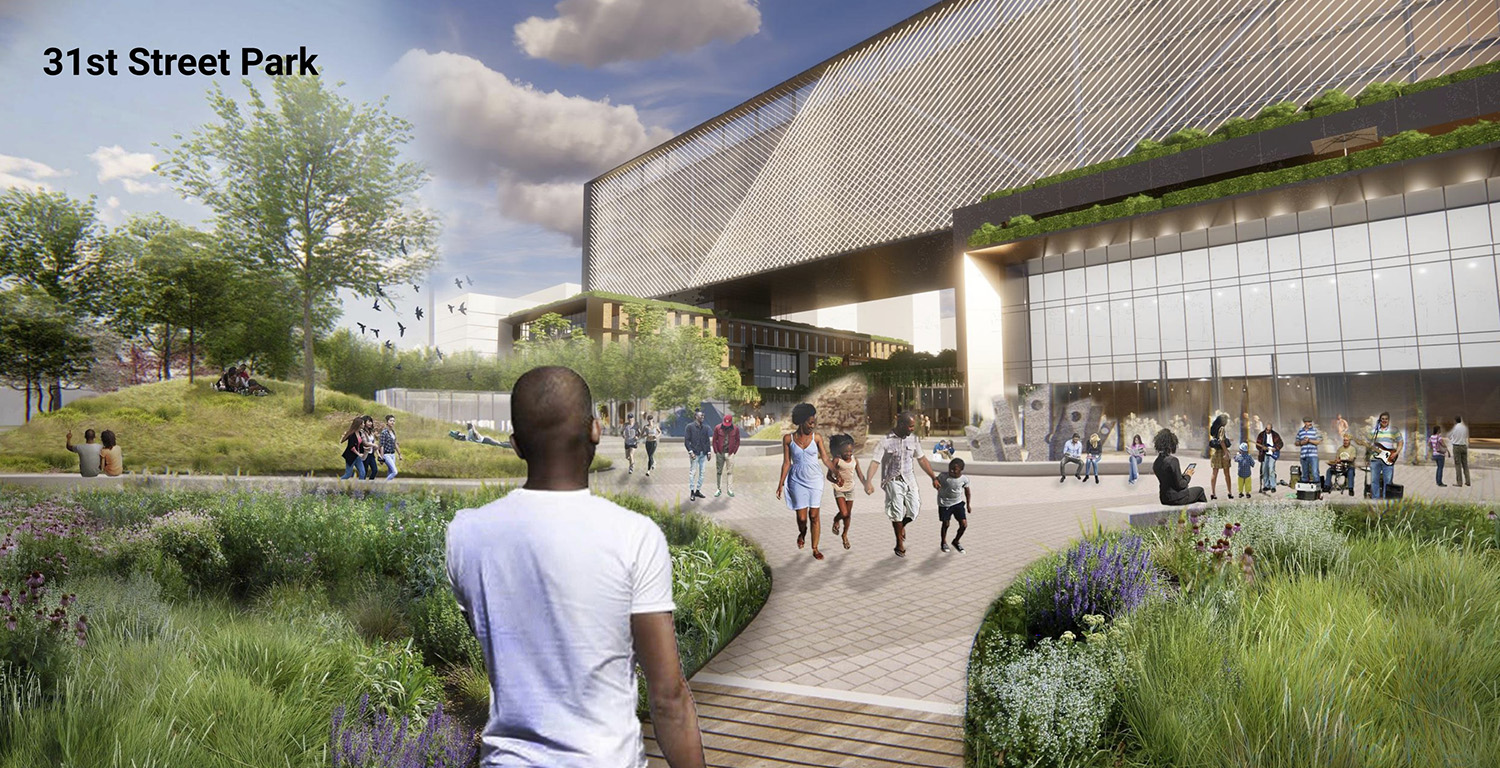