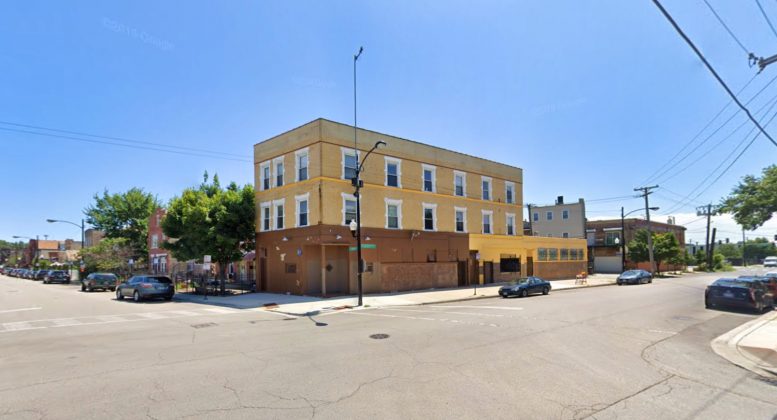 Renovation permits have been issued for an existing three-story masonry building at 2435 S Leavitt Street in Lower West Side’s Heart of Chicago neighborhood. Filed under the owner Bader Leavitt LLC, the mixed-use structure will be converted to house nine residential units and will include a new metal porch and stairs.

In April 2020, the City Council approved a zoning change from RS-3 Residential Single-Unit District to B2-3 Neighborhood Mixed-Use District, thereby allowing the project to proceed. Zoning documents show the conversion proposal to retain commercial use on the ground floor.

The permit lists Frederick Koziol as the architect of record. Zoning documents show the separately affiliated Red Architects as the project architect, though it is unclear if the firm is still involved in the project. While interior walls will be reconfigured, no exterior demolitions appear to be planned.

No on-site parking will be provided, though several buses can be found nearby, including northeast and southwest-bound stops for Route 60 less than a minute walk south to Blue Island & Leavitt. Other buses within a 10-minute walk comprise of Route 21 to the north, Route 50 to the east, and Routes 49 and X49 to the southwest.

Those wishing to board the CTA L will find the Pink Line’s Damen station via a 12-minute walk northeast.

For outdoor spaces in the vicinity, residents will have immediate access to Baraga (Frederick) Park directly to the west across S Leavitt Street, while Barrett (Charles) Park is a 10-minute walk northeast.

Stronghold Ventures Inc. is the general contractor for the $300,000 conversion, whose anticipated completion timeline has not yet been published.