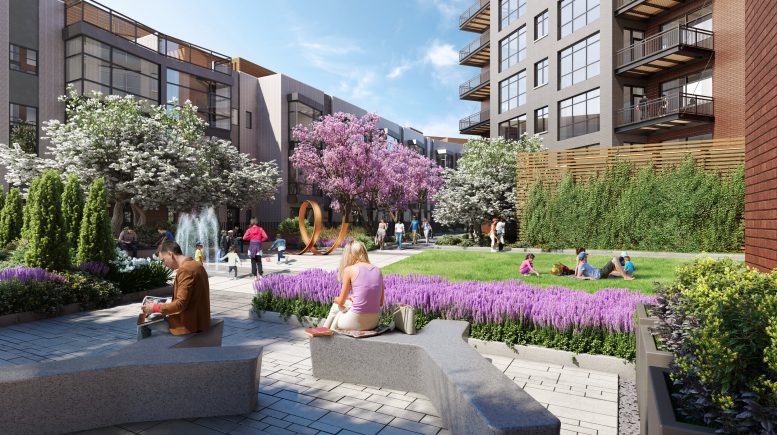 Work is wrapping up on the townhome facades at Alcove Wicker Park, a 55-unit residential development situated at 1648 W Division Street in Wicker Park, just west of Polish Triangle. Planned by Vermillion Development, the 12 connected townhomes will follow the first-phase completion of a seven-story, 43-unit condominium tower. Both buildings are oriented around a central courtyard and nestled in the center of a triangular block formed by Division and Milwaukee. 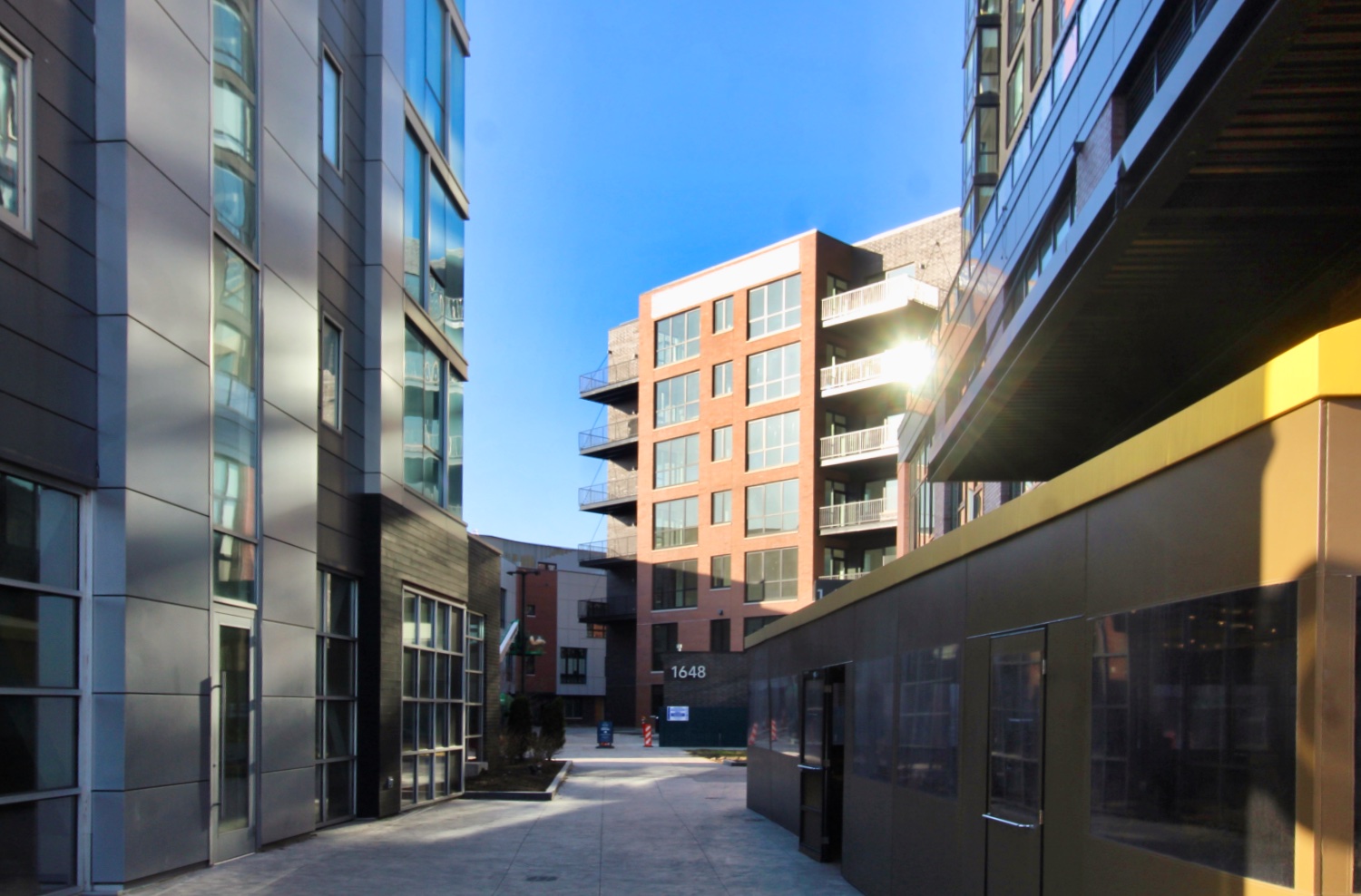 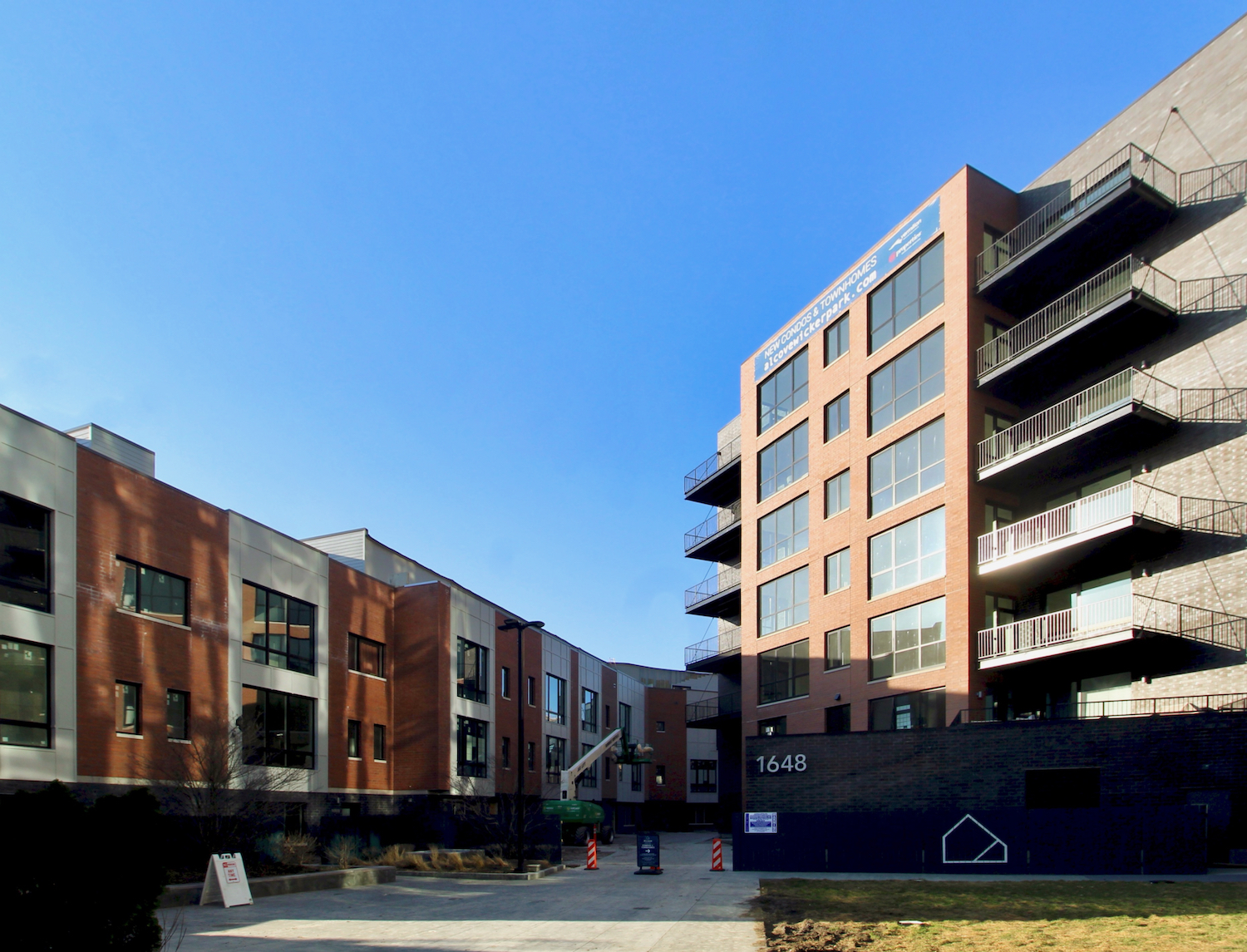 Each townhome will allow for three bedrooms and either a den or fourth bedroom. The fourth floor will also house a private rooftop enclosure and deck for each residence, while balconies will line the second floors along the rear. Other in-unit features comprise of nine-foot-high ceilings, quartz countertops, Viking appliances, and Copatlife Italian cabinetry. The baths will also include Copatlife cabinetry, while offering floating wall mirrors and both a soaking tub and shower in the master bath. Residents will also have access to two-car garages for each unit. 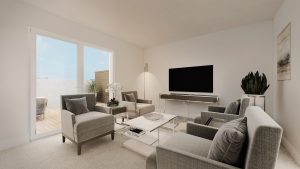 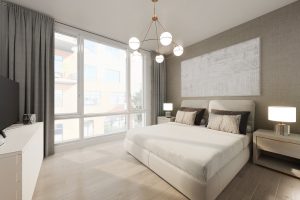 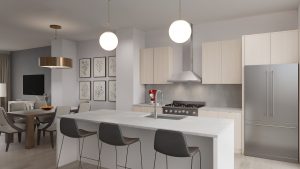 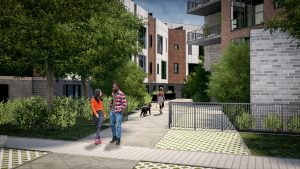 Hirsch MPG is the design architect for the overall project. The tower’s design includes a mixed-color brick facade with prominent corner balconies. The townhomes will be integrated into a single massing that forms a subtle V-shape from above, while its facade will include a palette of cement board, brick, and metal.

Immediate bus transit includes stops for Routes 9, X9, 56, and 70, all at the nearby convergence of Division, Ashland, & Milwaukee. Those looking to board the CTA L will find Blue Line subway service underneath this intersection via Division station. 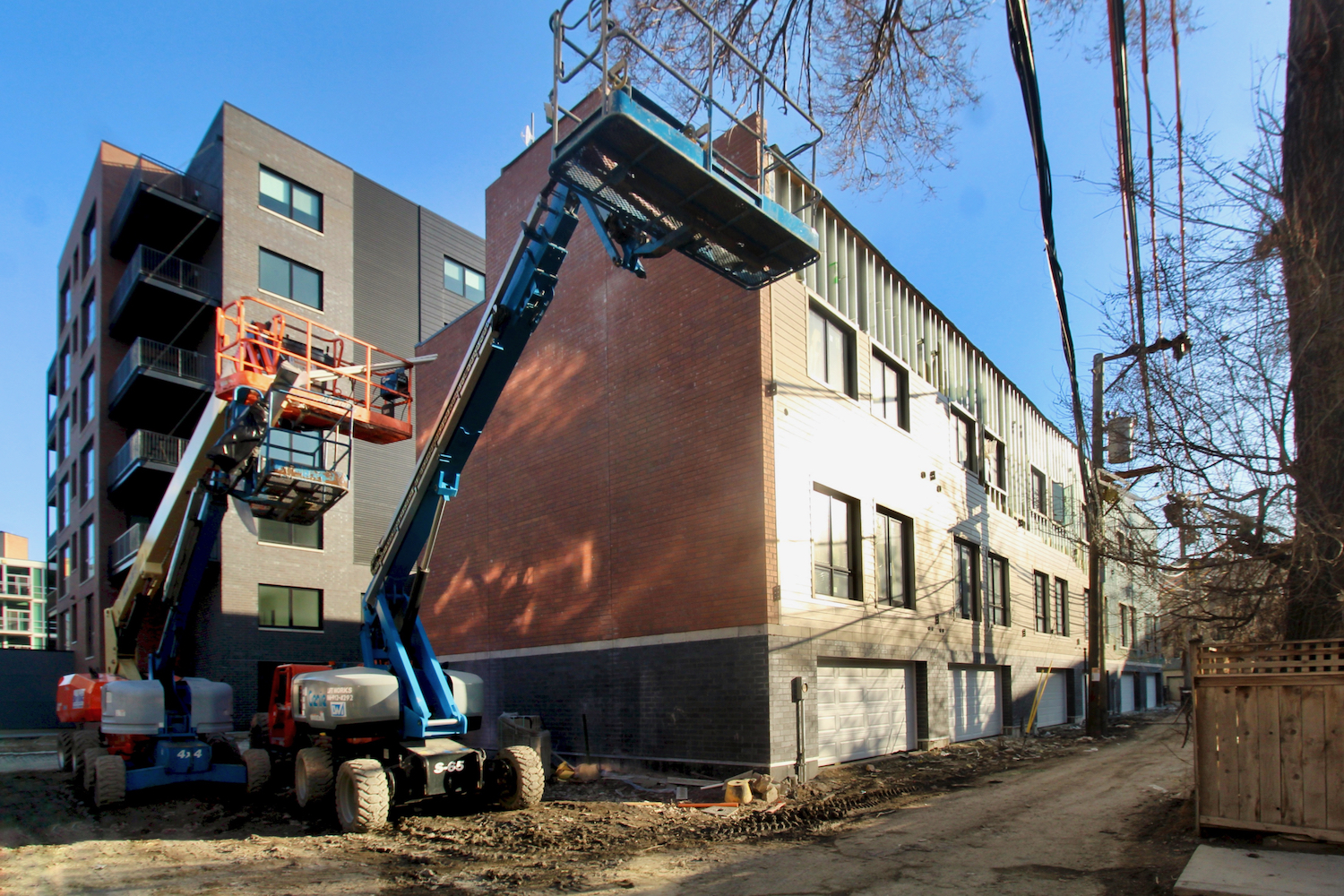 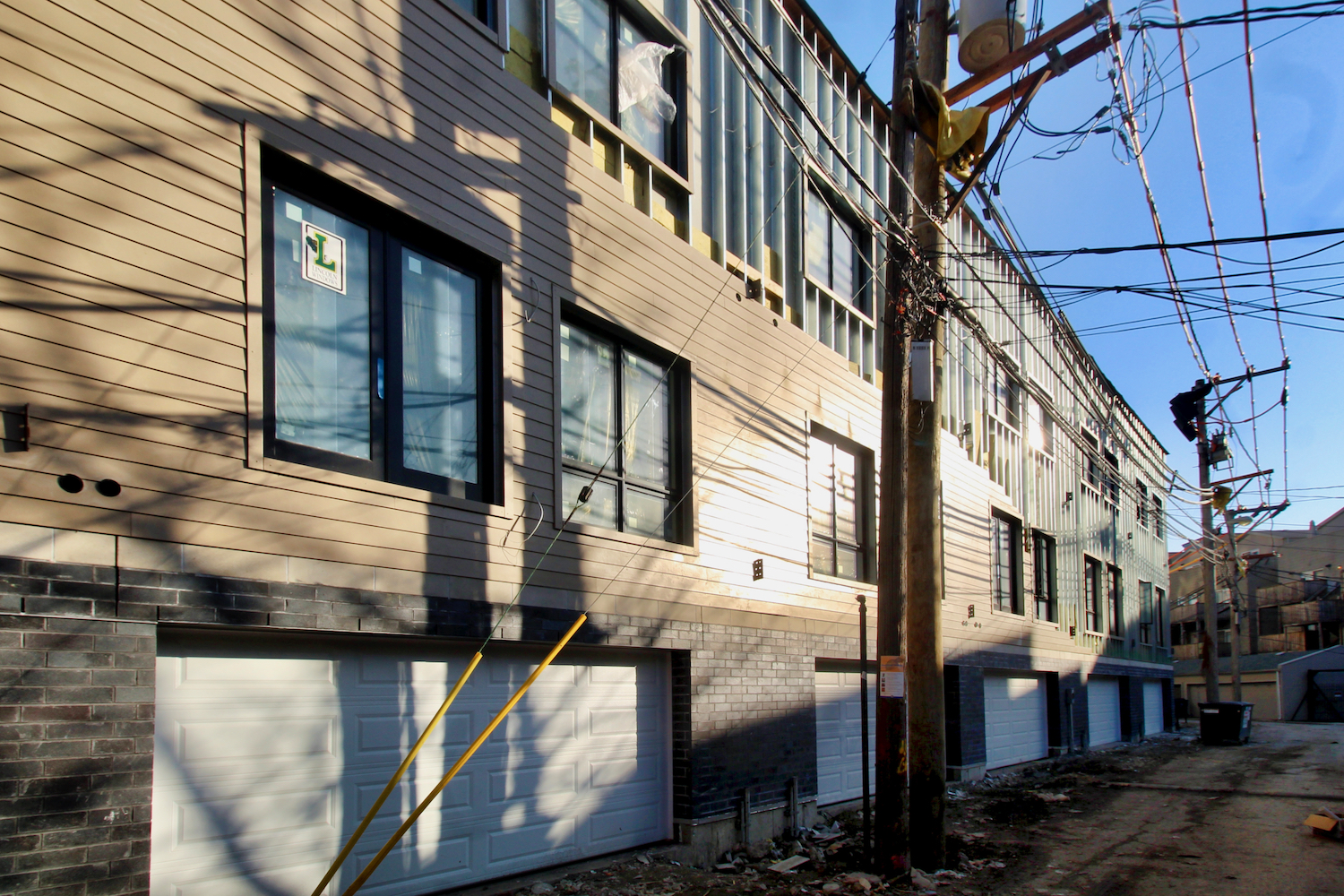 Residents will also find a dense collection of retail and dining, particularly along Milwaukee both towards the northwest and southeast. The four-acre Wicker Park with grass space, a basketball court, a dog area, and a playground is also available within a 12-minute walk northwest. 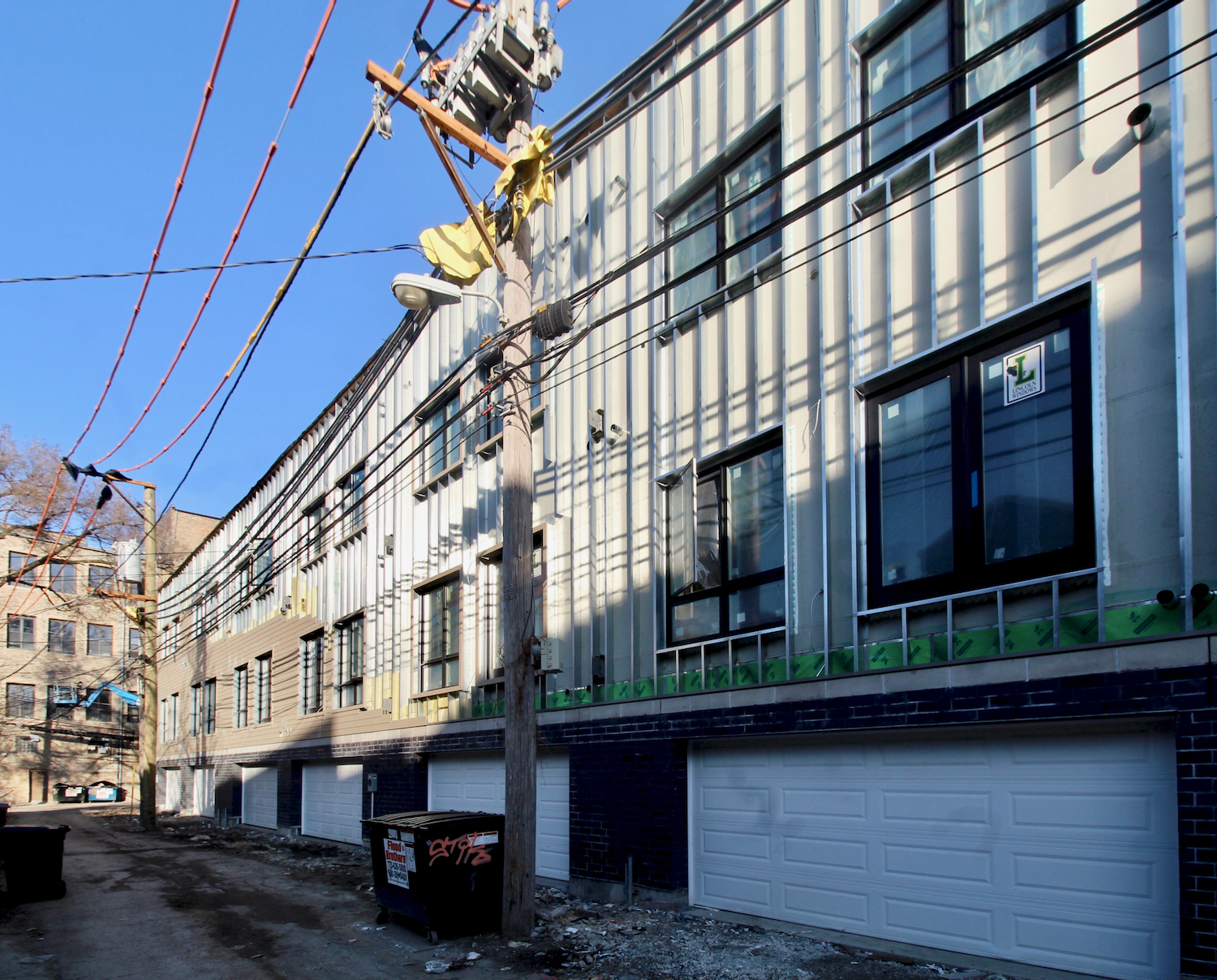 With the condo tower already completed late last year, the remaining townhome portion is expected to open later this year.