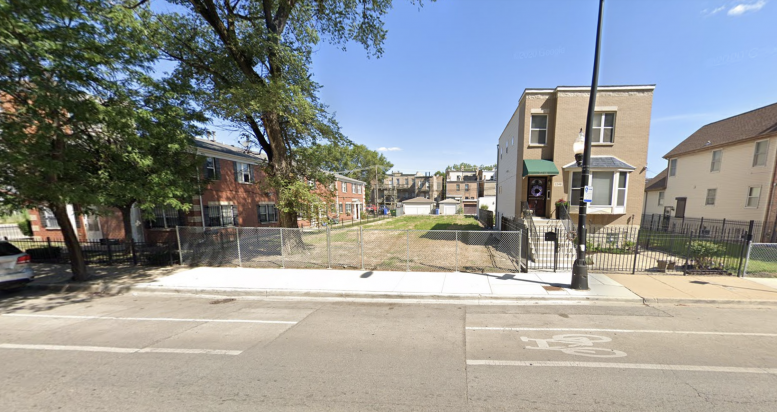 Construction permits have been issued for a four-story residential building, located at 2250 W Jackson Boulevard near the southwest corner of Near West Side. The owner, filed under 2250 W Jackson LLC, has planned four total units, as well as a rooftop deck and detached four-car masonry garage.

Bill Kokalias of Axios Architects is behind the building’s design. No renderings have been released, though the filing description does indicate that the smaller detached garage and accompanying trash enclosure will be masonry. No details regarding the main structure have been confirmed.

For CTA L transit, residents will find nearest Blue Line access at Western station, a six-minute walk southwest. Other stops within a roughly 20-minute walk comprise of the Pink line’s Polk station to the southeast, as well as the Green line’s California station to the northwest.

The project site is several blocks southeast of the United Center stadium, with other points of interest nearby. The Richard T. Crane Medical Preparatory High School lies directly south across W Jackson Boulevard, while Touhy-Herbert Park is a seven-minute walk northwest.

Flex Development Corporation is serving as general contractor for the construction, whose completion date has not yet been announced.