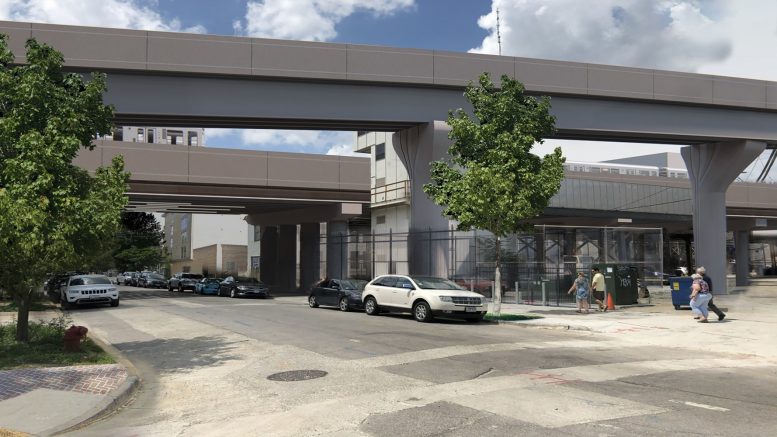 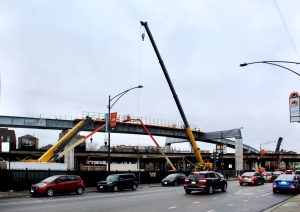 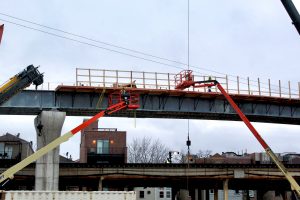 Currently, the Brown Line tracks were required to navigate across the Red and Purple tracks. The new design will elevate the Brown Line to bypass over the other two, which will in turn increase overall efficiency. According to the CTA, benefits of this undertaking will include the addition of eight more Red Line trains per hour during rush hour, the ability to accommodate 7,200 additional passengers per hour during rush hour, an increase of Red and Purple Line speeds by 60 percent through the intersection, and a half-million saved travel hours per year.

CTA Red-Purple Bypass Project before and after. Plans by Walsh-Fluor 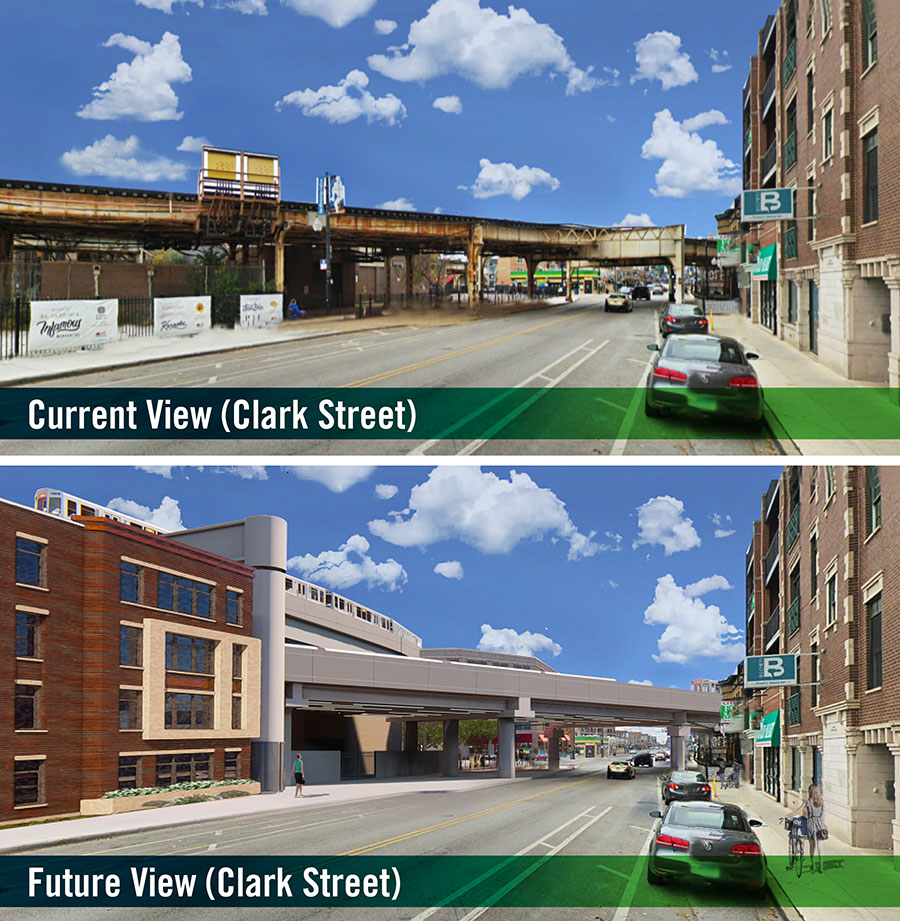 CTA Red-Purple Bypass Project before and after. Rendering by Walsh-Fluor (bottom)

The CTA is contracting Walsh-Fluor, a partnership between Walsh Construction Company and Fluor Enterprises, to engineer, design, and build the project. Stantec Consulting Services is serving as the design consultant, alongside EXP Services Inc. Additional sub-consultants include TranSmart/EJM Engineering, Inc. 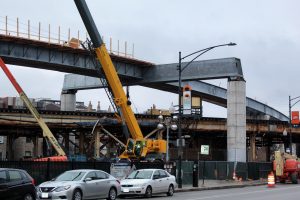 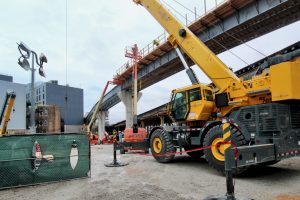 The bypass area lies just north of Belmont station, with service for all three of the Brown, Red, and Purple Lines. Stops for the northwest and southeast-bound Route 22 bus can be found adjacent to the bypass as well. 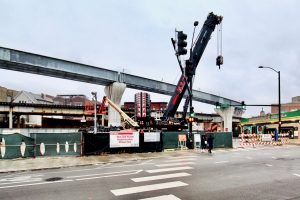 The bypass is only one step in a much larger plan to modernize the 9.6-mile corridor containing the Red and Purple Lines, stretching from Belmont to Howard for the Red Line, and Belmont to Linden for the Purple Line. Given that much of this infrastructure was built in 1924, the CTA is working to future-proof capacity as ridership doubles by 2040. The master project will include multiple phases, for which the Phase 1 includes both the bypass (slated for completion this year) and Lawrence-Bryn Mawr Modernization (slated for completion by the end of 2024). This second component will include improvements for the Lawrence, Argyle, Berwyn, and Bryn Mawr stations, as well as track upgrades in between. Additional corridor signal improvements will be built into the first phase. A final date for all phases is not currently known.