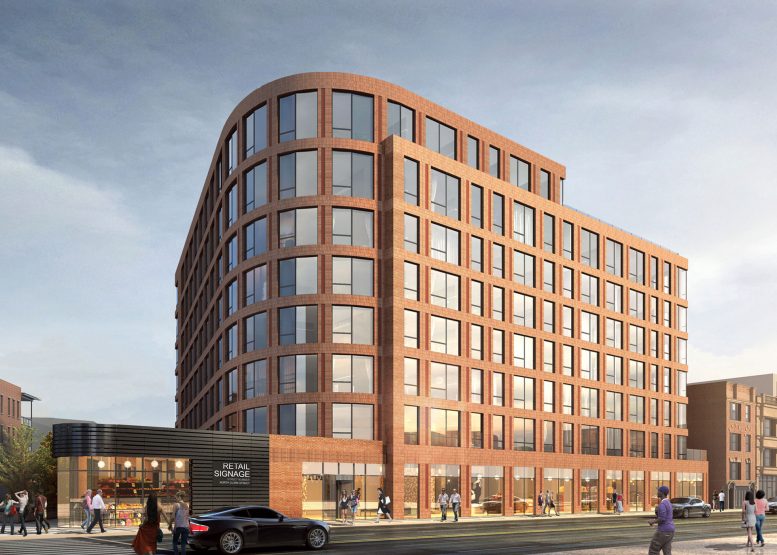 Masonry work and glass installation is nearly complete for Panorama Chicago, an eight-story mixed-use development at 3300 N Clark Street in Lake View. Developed by BlitzLake Partners and designed by bKL Architecture, the building will bring ground-level retail and 140 apartment units to the commercially-dense area. 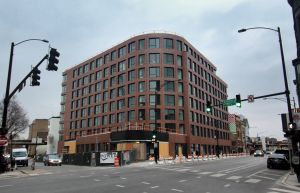 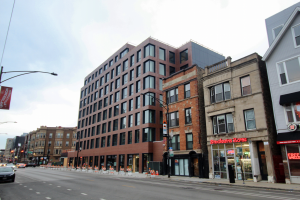 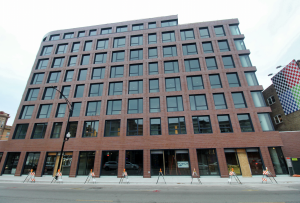 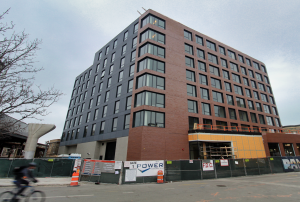 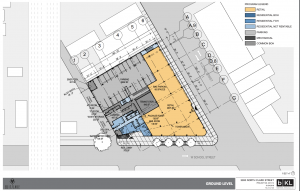 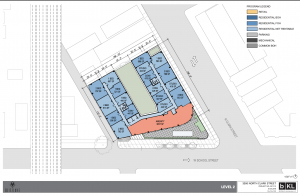 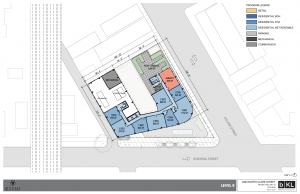 Panorama Chicago will have 140 residences on the upper seven floors in a mix of studios, one-, and two-bedroom units. There will be 20 on-site parking spaces, as well as an additional 20 spaces located within a two-block radius of the property. 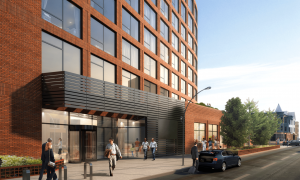 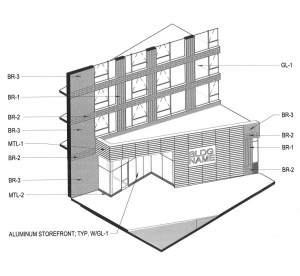 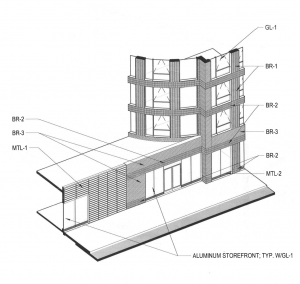 The design for the exterior consists of a warm-toned brick facade with large floor-to-ceiling windows. A portion of the massing also integrates wide curves, creating a striking imprint in the neighborhood. A dark metal series of panels will also encase a ground-floor protrusion of the commercial space.

The nearby Belmont Station serves as a major CTA L hub, located a four-minute walk southwest and serviced by the Red, Brown, and Purple Lines. 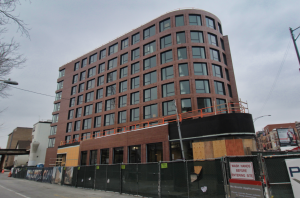 Power Construction Company is the general contractor for the project, which BlitzLake Partners is planning to deliver by next year.