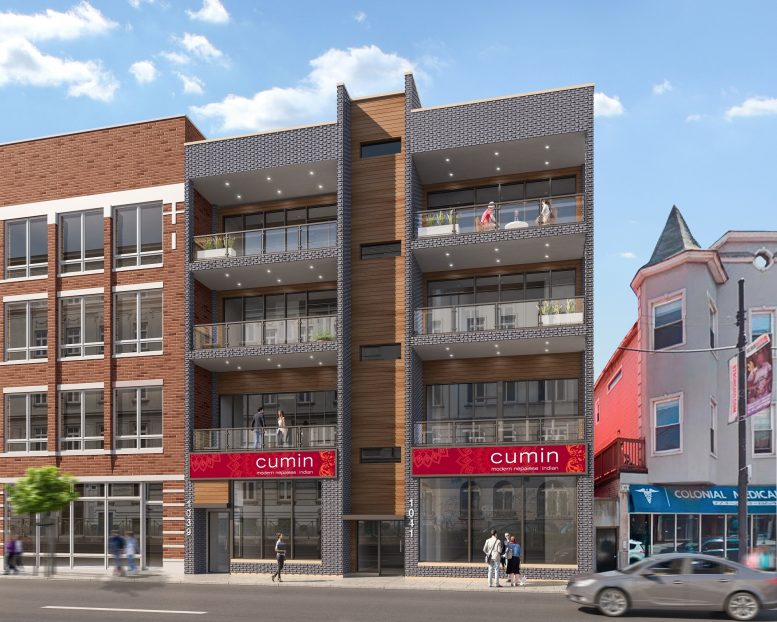 Photos show the current work underway on both the basement and foundation levels at 1039-41 Belmont Avenue, a planned four-story mixed-use development in Lake View. 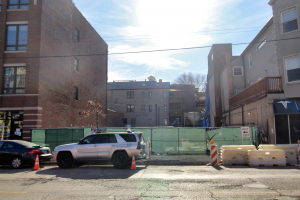 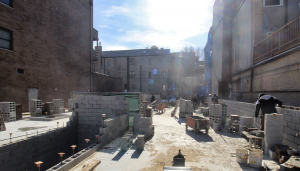 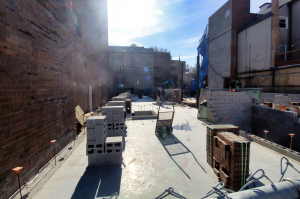 According to 44th Ward Alderman Tom Tunney’s website, the development will be owner-occupied by Cumin Restaurant, filed under Kathmandu Properties. It will be the eatery’s second location and occupy up to the second floor. 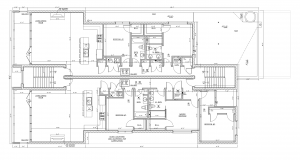 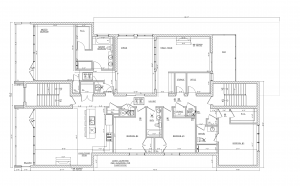 The remaining third and fourth levels will house a total of three residential units. The third floor will consist of one three-bedroom/two-bathrooms and one two-bedroom/two-bathrooms residence. The fourth floor will include a single penthouse unit with four bedrooms and three baths. While the third-floor units appear to be for sale, Tunney’s website indicates the fourth-floor penthouse may be inhabited by the building’s owners.

While the Alderman’s website lists three parking spaces to be included on-site, permits issued this past March show that the building will contain four spaces on a rear concrete parking pad.

Victor Drapszo of Red Architects will serve as the architect of record. Drapszo’s design includes a unique facade, containing gray textured brick as the primary facade material, with the addition of wooden paneling on some of the setback exterior walls. Front-facing balconies will also line the second through fourth floors.

The project site lies near the heart of Lake View, less than two blocks west of Belmont station for the CTA L, which is serviced by the Red, Brown, and Purple Lines. Bus access includes the east and westbound Route 77, with stops at Belmont & Seminary less than a block west. Other buses within roughly a 10-minute walk include 8, 22, 36, 151, and 156 to the east, 9 and X9 to the west, and 152 to the north. 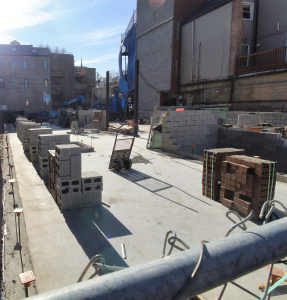 New Land Concepts, Ltd. is serving as the general contractor for the reportedly $1,550,000 development. No completion date has yet been announced.

A new series of renderings have been revealed for

The top half of 56 Leonard Street, designed by Her