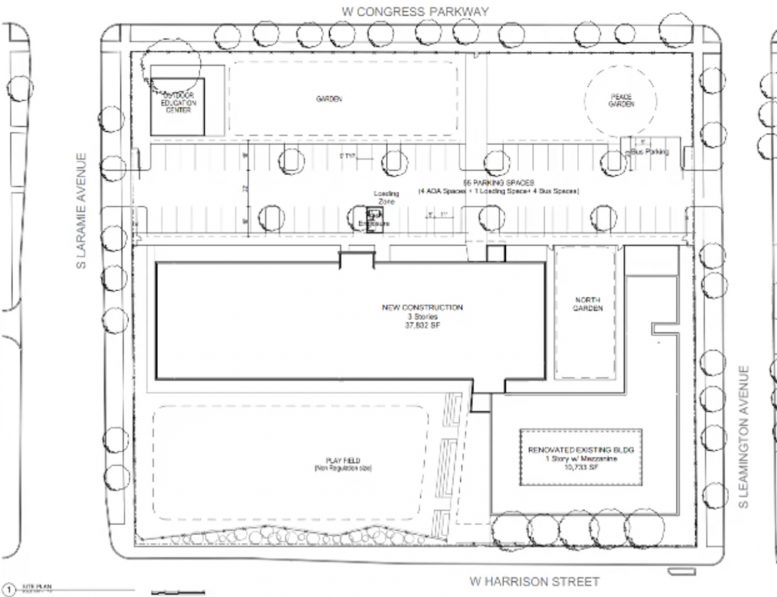 The Zoning Board of Appeals has approved a zoning ordinance for a new community facility building at 5100 W Harrison Street in Austin. Poised to fill an entire block, the site is bounded by W Congress Parkway to the north, S Leamington Avenue to the east, W Harrison Street to the south, and S Laramie Avenue to the west. The nearest public transportation are the 7 and 57 CTA bus routes, accessed at the Harris and Leamington stop, at the corner of the site. B.U.I.L.D. Inc is the organization behind the project. 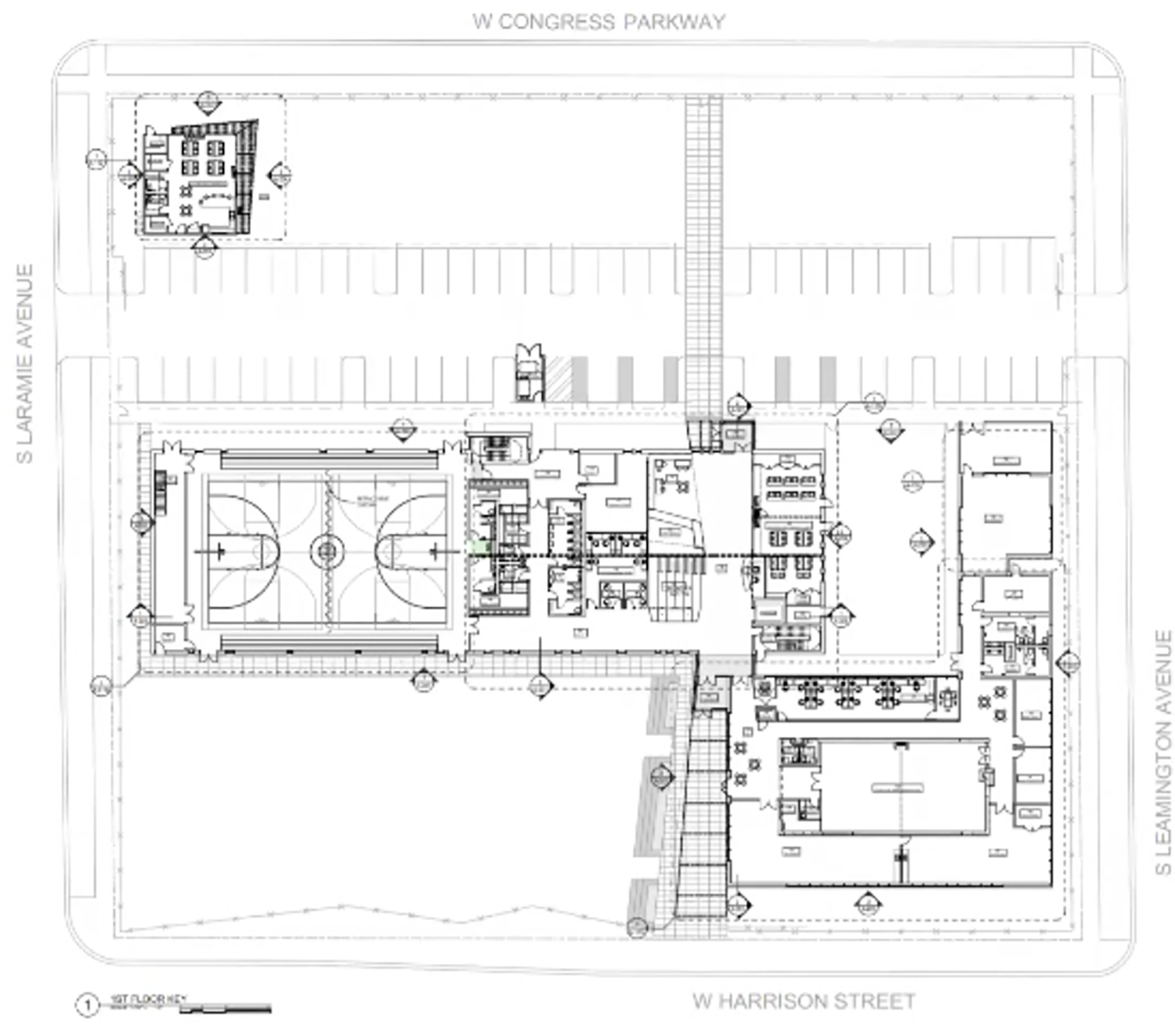 Designed by Landon Bone Baker Architects, the project looks to create a community center via the renovation of an existing one-story building and a new three-story addition. A parking lot with 50 parking spaces will be included on the site. There will be a few outdoor gardens as well as an outdoor education center and play field. 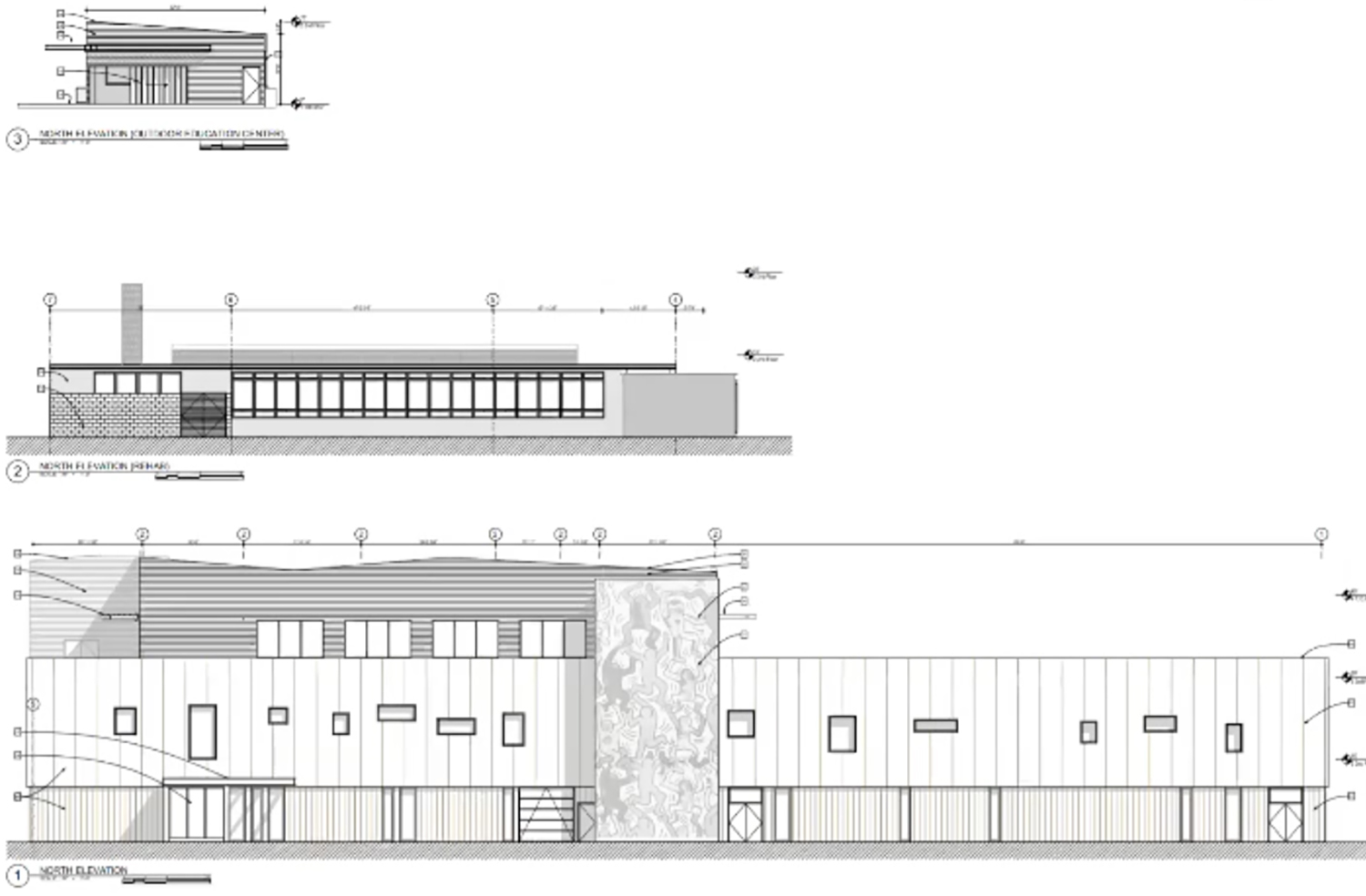 The development sought to receive a zoning variance for a special use to establish a community center in connection with the existing building and new addition. This zoning variance was approved and now the project can move forward and start construction. No permits have been filed yet and no official timeline has been announced.