Renovation permits have been issued for a large masonry building at 5801 N Pulaski Road, the address of the Peterson Park Gymnastics Center in the North Park Village campus area. 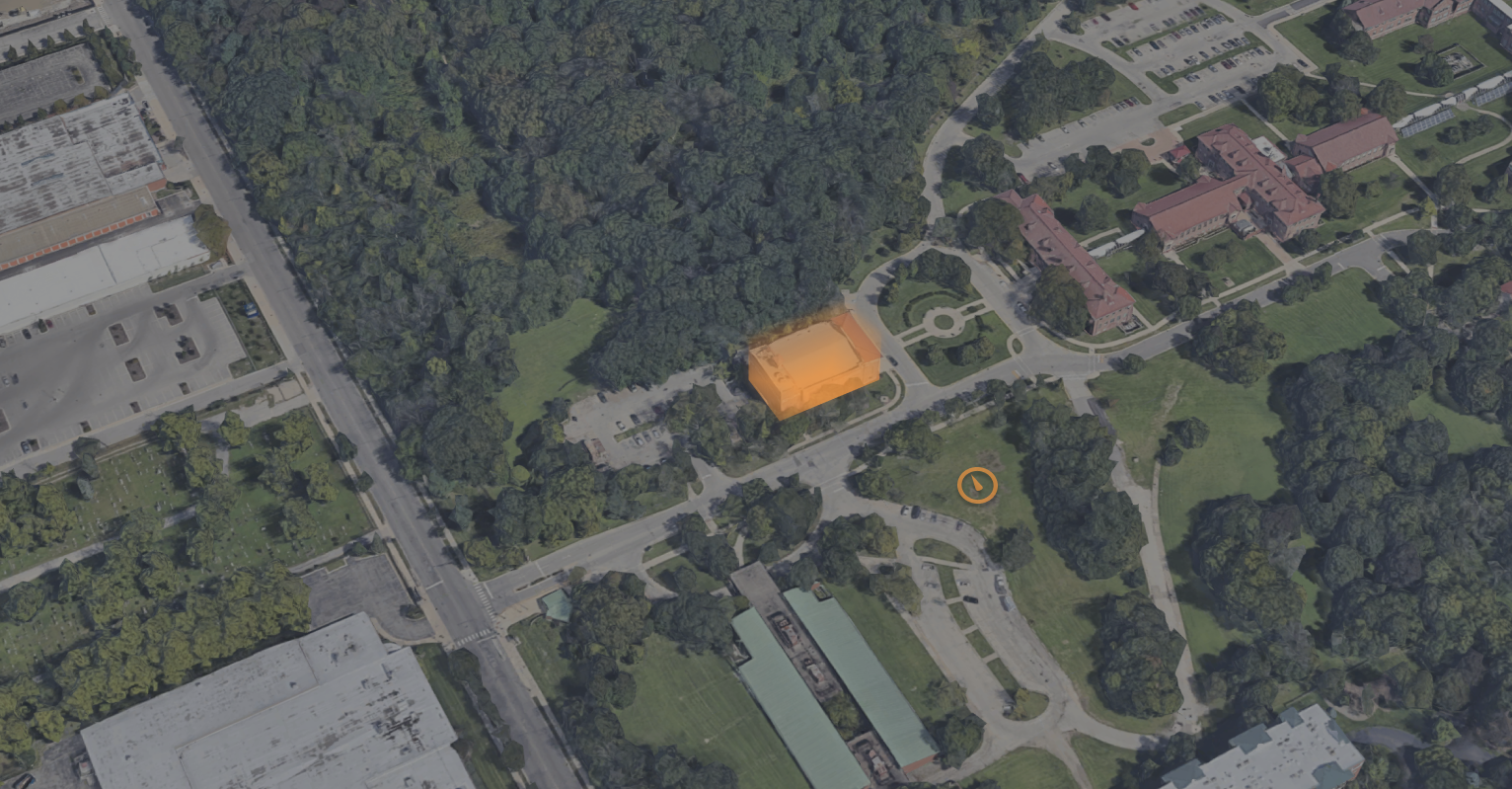 The building and the larger North Park Village grounds stem from a long history of different uses, including the site of the former Municipal Tuberculosis Sanitarium Complex. The Chicago Park District mentions that Pehr Samuel Peterson purchased a 500-acre swath of land in the late 19th century, then using the land to experiment with plants and nursery techniques. Upon his death in 1903, Peterson’s family donated roughly one-third of his property, 160 acres, to the City of Chicago that then converted the plot to the tuberculosis sanitarium. The modern-day gymnasium opened as part of the sanitarium in 1915, but with the fall of TB cases in the 1970s, the city later converted and began leasing the overall acreage as a social services and low-income housing campus.

Park space is included throughout, in addition to the development of the 46-acre North Park Village Nature Center, which fills the majority of the northwest quadrant. Just to its south, the gymnasium today offers a multitude classes for a range of experience levels. The entire complex was recently landmarked in early 2019, according to an updated list by the Commission on Chicago Landmarks.

The 5801 address encompasses the entire North Park Village area, with several bus options nearby. Bus 53 stops at Pulaski & Ardmore, a one-minute walk west of the building. Bus 84 also stops northwest corner of North Park Village, but is a nine-minute walk northwest from the facility itself. Given the property’s location near the edge of city bounds, the nearest CTA L access includes a 41-minute walk to the Brown Line’s Kimball station.

In September 2019, the Chicago Sun Times reported that the Chicago Park District was forced to close the facility due to several staph infections. However, the Sun also noted that this closure would only be short term, and a Google Maps search currently shows the building as having reopened since. It is not clear if the renovations are related to the 2019 incident.

The building’s occupier and owner is filed under Larry Hecky of Fort Lauderdale. The existing facade is a strong example early 20th century public works ornamentation, consisting of masonry walls with a variety of colors, materials, and symmetrical patterns. It is unclear to what extent the interior portion of the design will be altered, but the filing also lists the architect of record for the renovations as Hector H. Castillo of Comprehensive Construction Consulting.

Linn-Mathes Inc. is serving as the general contractor for the $8 million project. No completion date has yet been indicated.