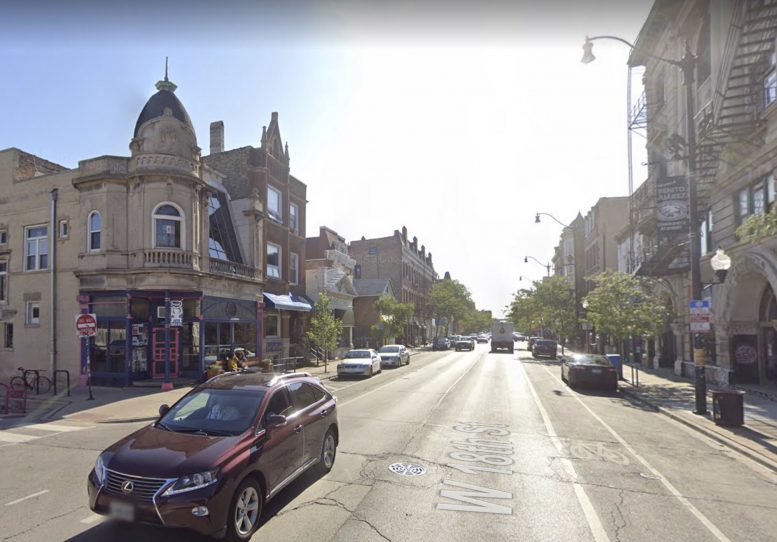 The final decision on passing the landmarking of the proposed Pilsen Historic District has been pushed off until 2021, after the Commission on Chicago Landmarks (CCL) and the Department of Planning and Development (DPD) requested a six-month extension from Chicago City Council. This extension will push the decision until the end of January 2021, with the final landmark decision going into effect on February 1st, 2021 if no other action is taken.

The boundary of the proposed district is the commercial corridor along W 18th Street between S Leavitt Street and S Sangamon Street as well as 13 residential blocks south of W 18th Street bounded by S Ashland Avenue and S Racine Avenue. 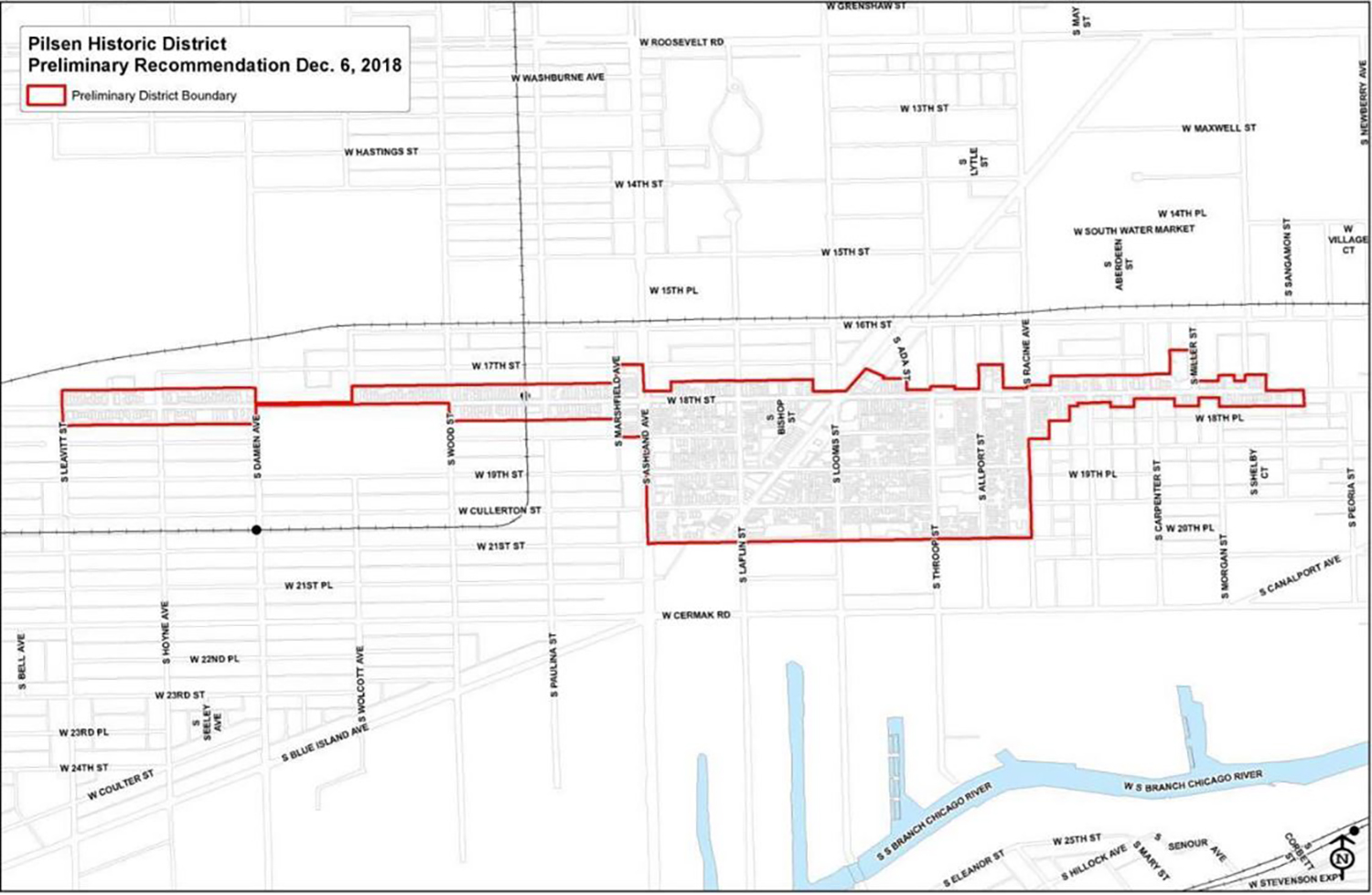 Pilsen was originally home to Bohemian immigrants and has been enriched by Mexican immigrants who now make up the majority of residents in the neighborhood.

According to the CCL, the proposed district meets four criterion for landmark status, including Value as an Example of City, State or National Heritage; Exemplary Architecture; Distinctive Theme; and Distinctive Visual Features. The commission staff referenced the murals as a specific part of the district that would be cataloged, preserved, and protected by the historic district landmark status. Only the exterior elements of buildings will be covered by the landmarking of this historic district.

The original impetus for the landmark proposal was the beginnings of change and gentrification in the neighborhood. Over 90 demolitions have occurred in this district, with development on pace to demolish more than 60 more buildings. Historic buildings getting demolished are then replaced with new, expensive residential buildings that gentrify and destroy the character of the neighborhood.

This time before the final decision is being used to discuss and negotiate with local officials, community stakeholders, and the public to resolve issues and concerns within the community. These concerns include the possibility of gentrification, access to affordable housing, the affordability of maintaining the landmark designation’s requirement of façade maintenance, and the issue of displacement caused by the rising costs. CCL spent a large portion of the meeting addressing these concerns, however without concrete action to remedy these issues.

DPD has pledged to engage elected officials and community stakeholders to inform them about the benefits of district designation. They will also be working with the Department of Housing to address broader neighborhood affordability concerns.

The process for this landmark designation has been in the works since December 2018, when the preliminary landmark designation was passed. The DPD published a report on the proposal in January 2019, which was followed by a community meeting and public hearing in April 2019. The final landmark recommendation was made to City Council in May 2019, but was pushed with a year-long extension initiated by the Alderman for Pilsen. In May 2020, another three-month extension was granted to delay the landmark designation from going into effect due to the pandemic. In July 2020, City Council approved another six-month extension to give the CCL and DPD more time to develop finalized plans. The designation will go into effect on February 1st, 2021 if no other action is taken by Jan 31st, 2021.