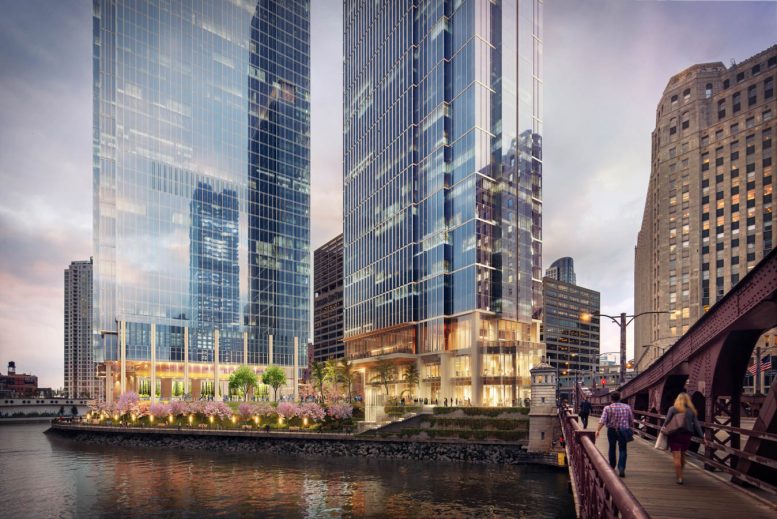 YIMBY has image updates for the future 813-foot-tall Wolf Point South in River North after providing permit updates earlier this week. The 58-story office tower at 333 W Wolf Point Plaza will be the third and final installation of River North’s Wolf Point complex. A recent photo captured the caissons, concrete, and rebar beginning to form a portion of the footprint. Despite a single mobile crane currently occupying the site, freestanding crane permits have been approved, with installation likely imminent as foundation work continues. 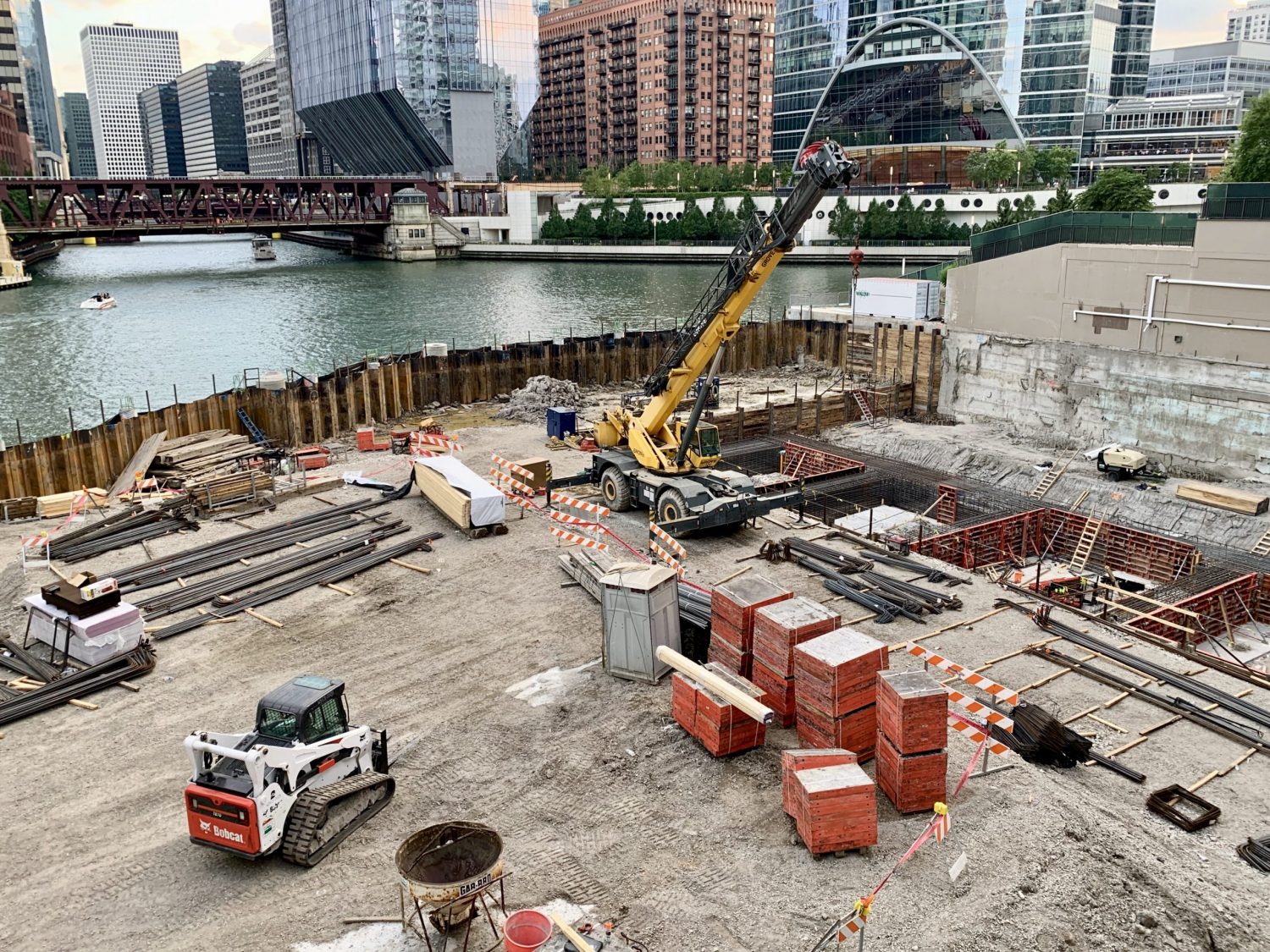 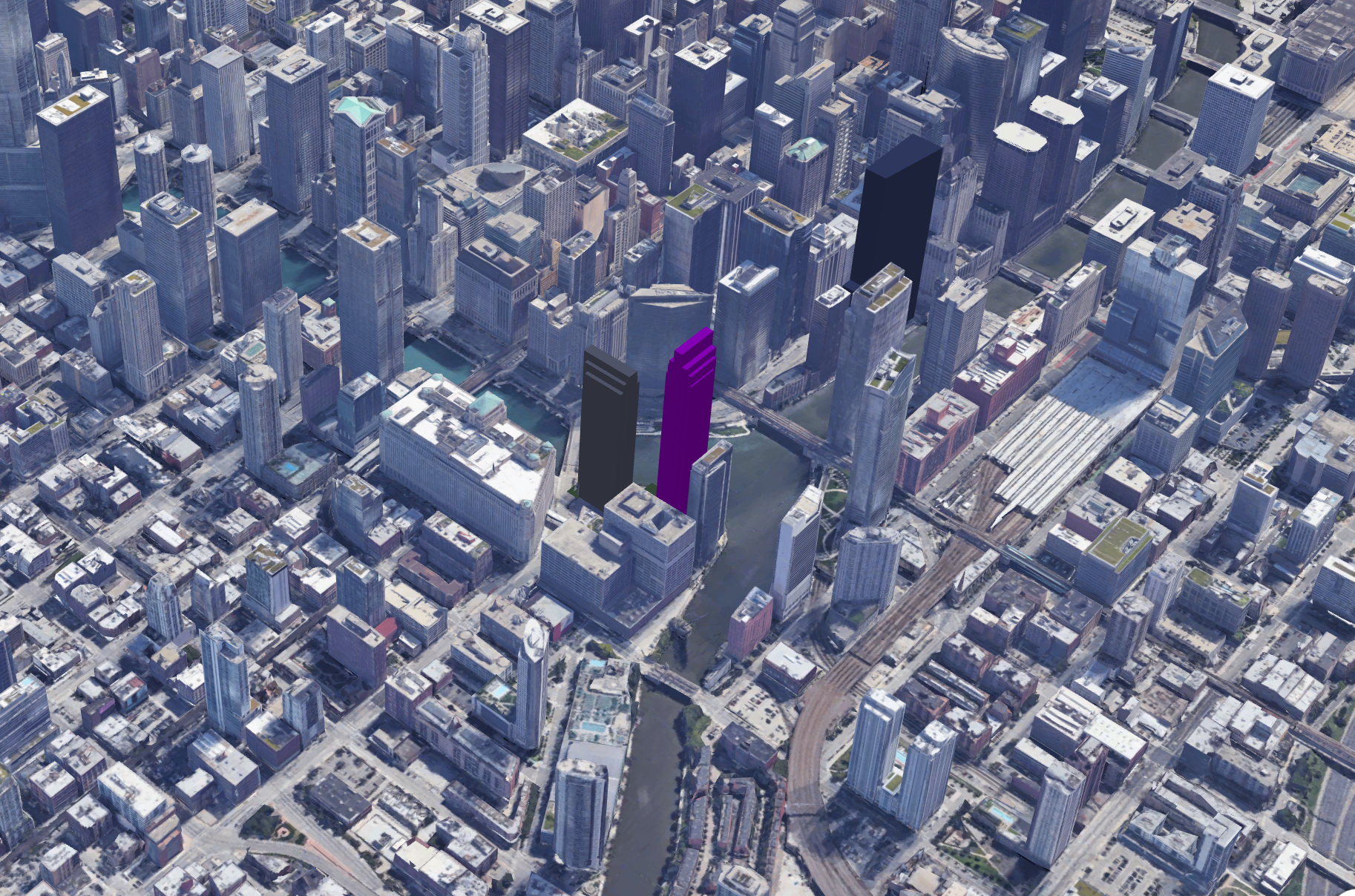 The loop and a massing of Wolf Point South (purple), facing southeast. Visualization by Jack Crawford, via Google Earth 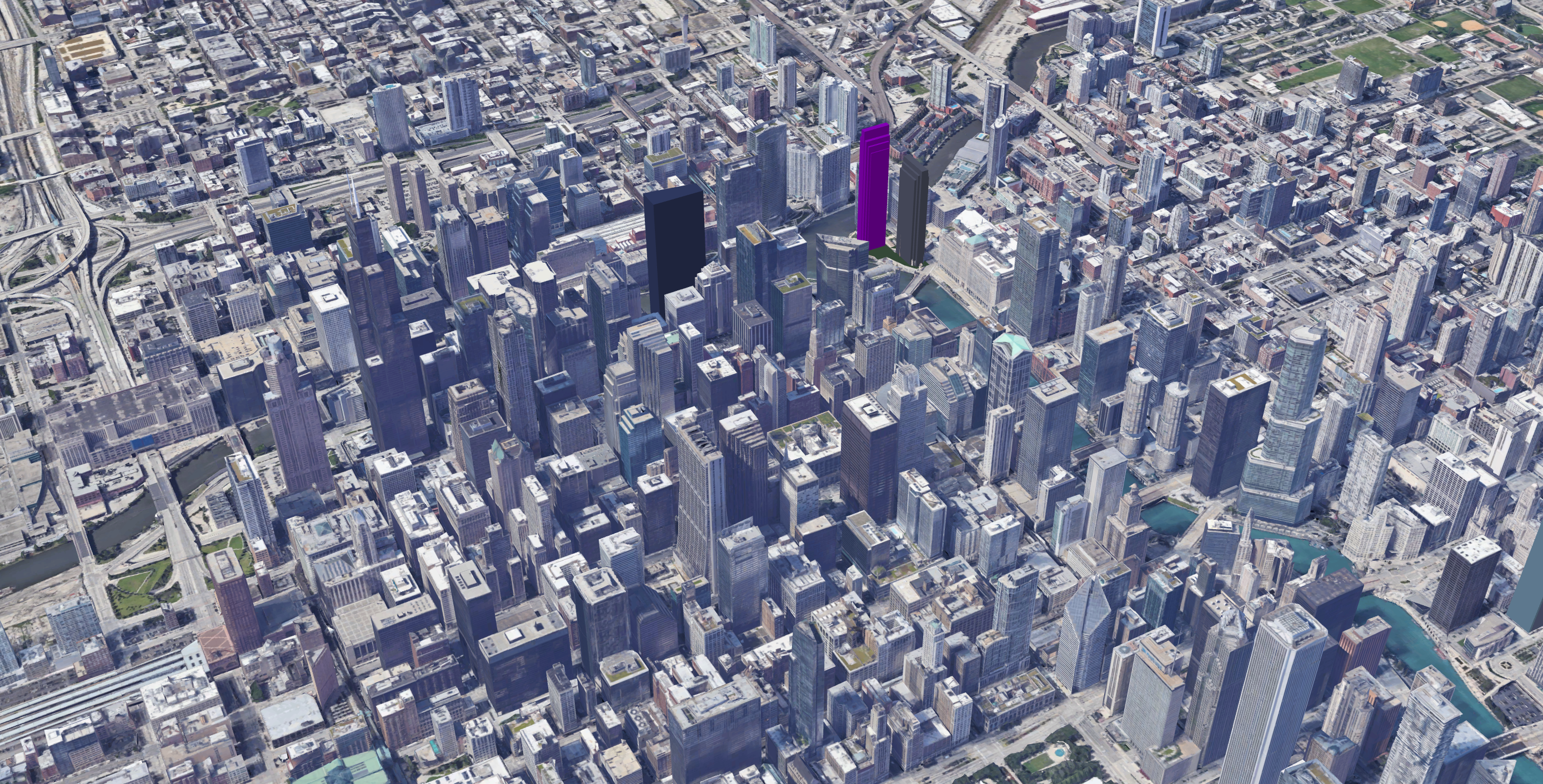 The loop and a massing of Wolf Point South (purple), facing northwest. Visualization by Jack Crawford, via Google Earth

The Pelli Clarke Pelli-designed tower emulates and expands upon the asethetic of the recently-completed nearby Wolf Point East. Both towers involve a series of setbacks, a sleek glass facade textured with mullions, and cut-out walls. The main differences will include their perpendicular orientations. The south tower will also be 148 feet taller than the east, at 813 feet and 665 feet, respectively. Lastly, the south tower will anchor Salesforce at half-a-million square feet of space, and thus include its logo atop the crown.

Completion and occupancy are slated for 2023.