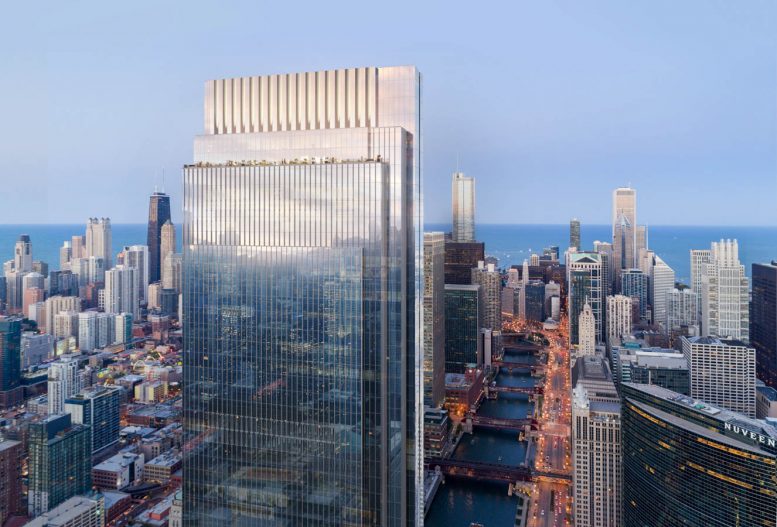 Construction has begun on foundations for Wolf Point South, also known as Salesforce Tower, and will rise 813 feet over 58 stories. Addressed as 333 W Wolf Point Plaza in River North, the tower will stand at the three-way fork of the Chicago River, with the other two towers, Wolf Point West and Wolf Point East, sitting to the sides of it. Permit filings show that the foundation permits were issued in April, approving the construction of the caissons and foundation structure up to grade level, including the below-grade parking. Permits for Phase 1 of construction, covering foundation construction and tower crane installation and use, were issued this past week. Full building permits have been filed for the tower portion of the project, but await approval. Wolf Point South, LLC is the owner behind the applications. 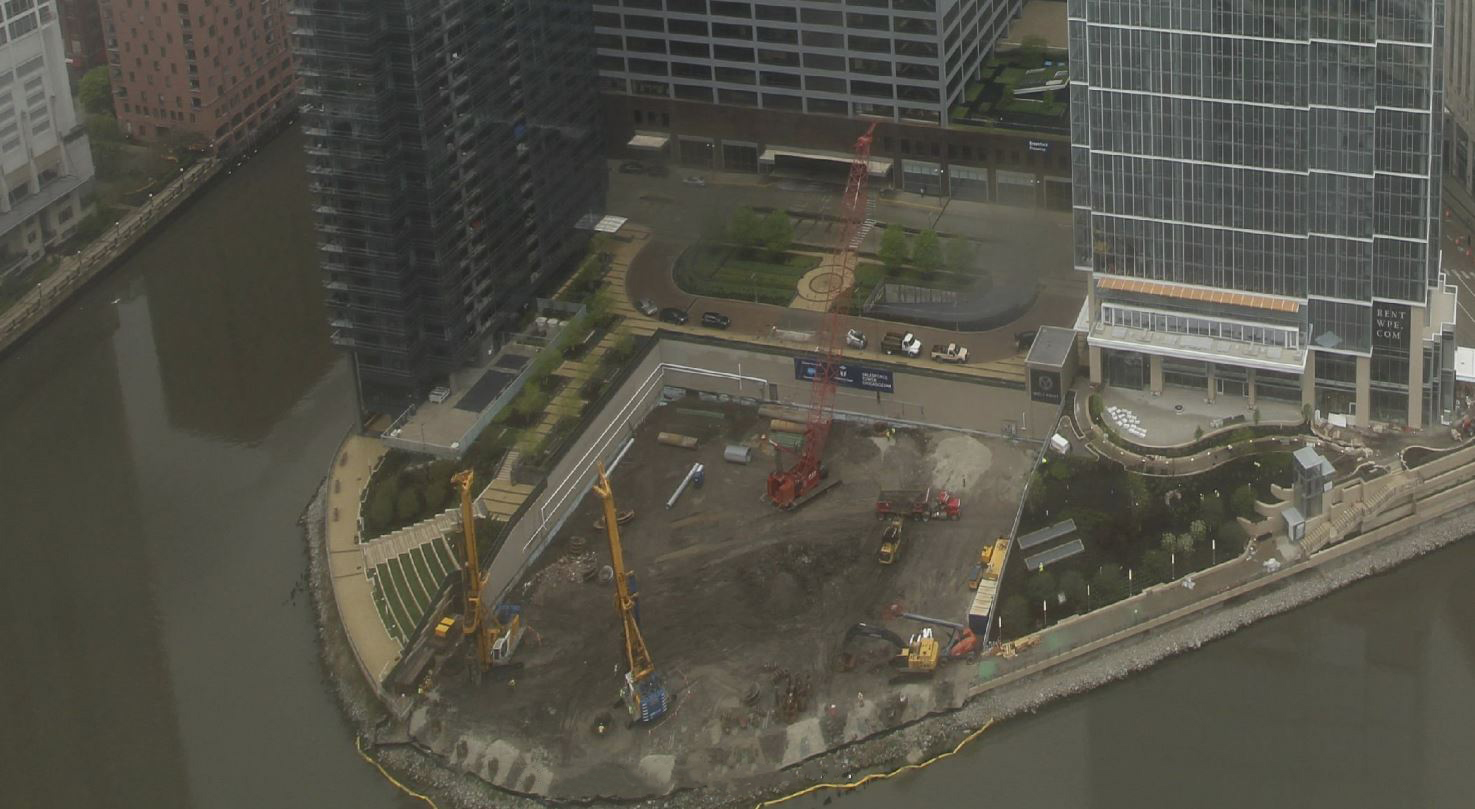 View of site progress as of May 2020. Image courtesy of OxBlue

Once completed, the project will offer 1.2 million square feet of office space with floor plates yielding 25,000 square feet each. Tenants will have access to private amenities above the lobby with parking spaces below grade. Additionally, there will be a four-acre urban park with 1,000 feet of riverwalk surrounding the development. 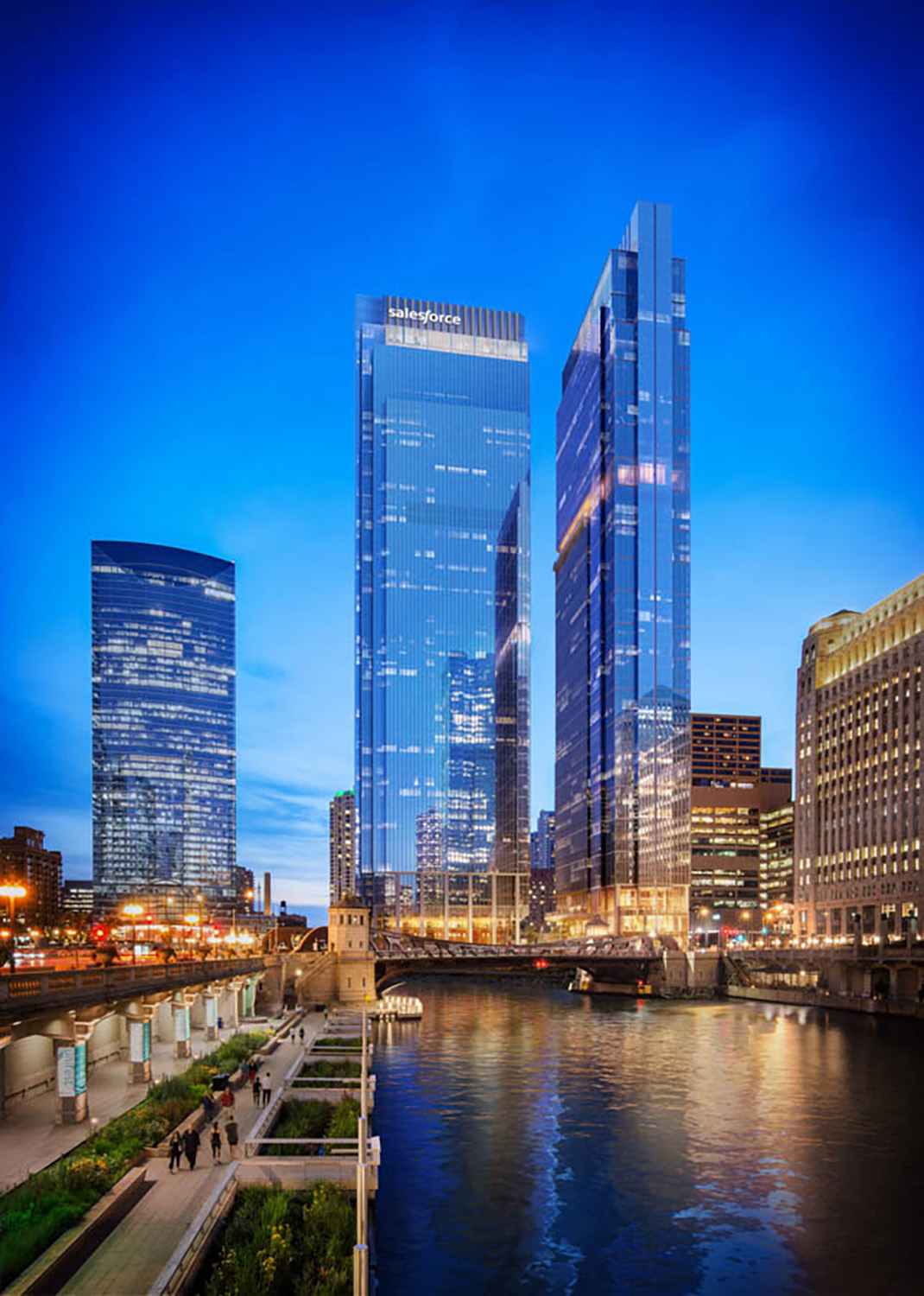 The project garners the name Salesforce Tower after Salesforce leased 500,000 square feet in the building and received naming rights. The top level of the tower is dubbed an “Ohana” Floor, which means family in Hawaiian, and will be offered to employees during work hours for access to social lounges, meditation zones, a coffee bar, and nursing rooms. Outside of work hours these spaces will be offered up to local nonprofits and foundations at no cost. 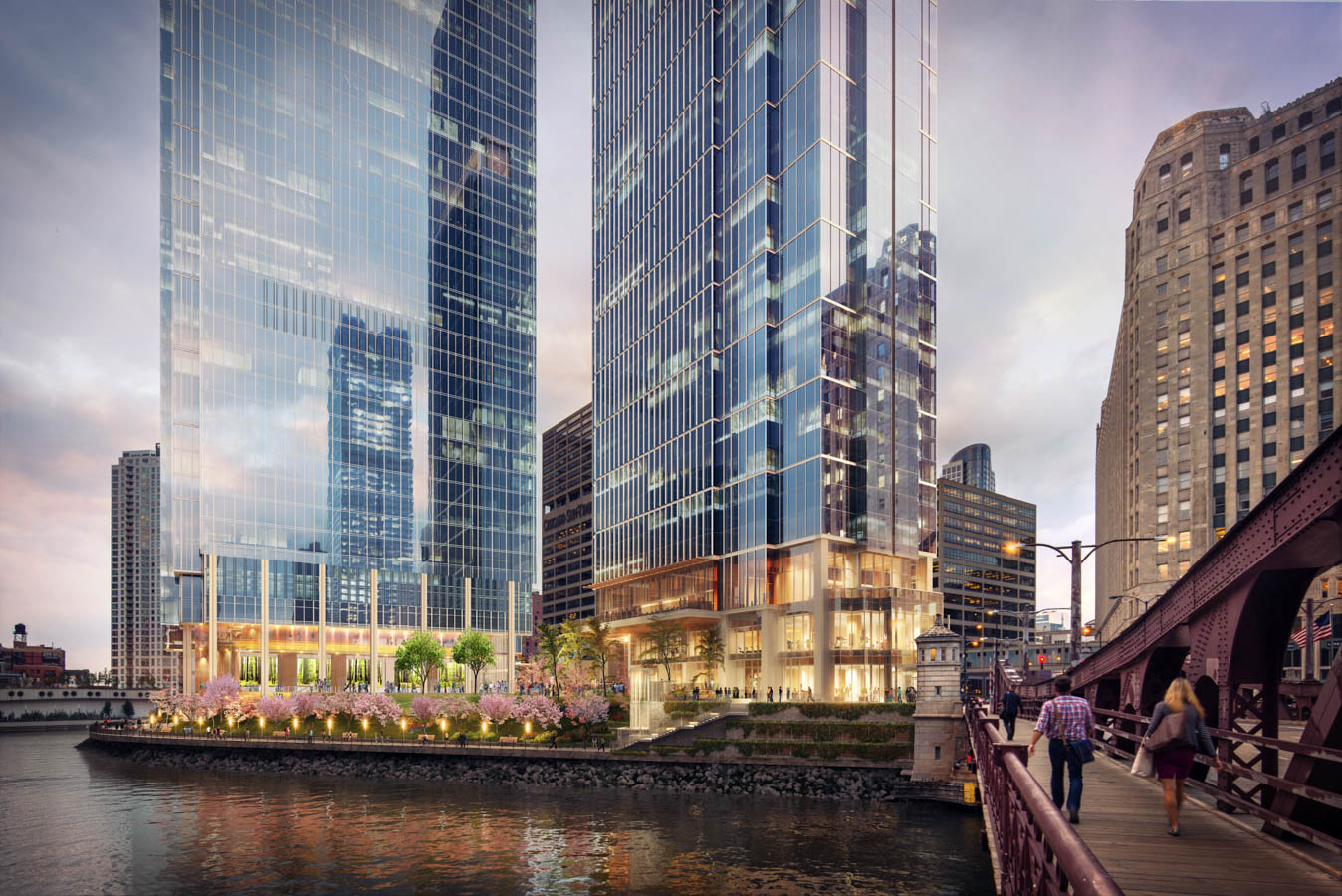 Pelli Clarke Pelli Architects is in charge of the design for the tower. Permits list Walsh Construction Company as the general contractor for the project.

Salesforce has announced plans to open the building in 2023, with the construction seemingly starting on time according to the original plan of breaking ground in early 2020.

Exterior work is continuing to take shape at One B