The Community Development Commission has approved the land sale and Tax Increment Financing (TIF) funds for the affordable mixed-use development at 201 S Kedzie Avenue in East Garfield Park. Going by the name ‘Garfield Green’, the two-site project located on the intersection with S Fifth Avenue recently received approval from both the plan commission and city council. Developer Preservation of Affordable Housing won the C40 Reinventing Cities competition in 2018 with structures designed by Perkins + Will and Nia Architects 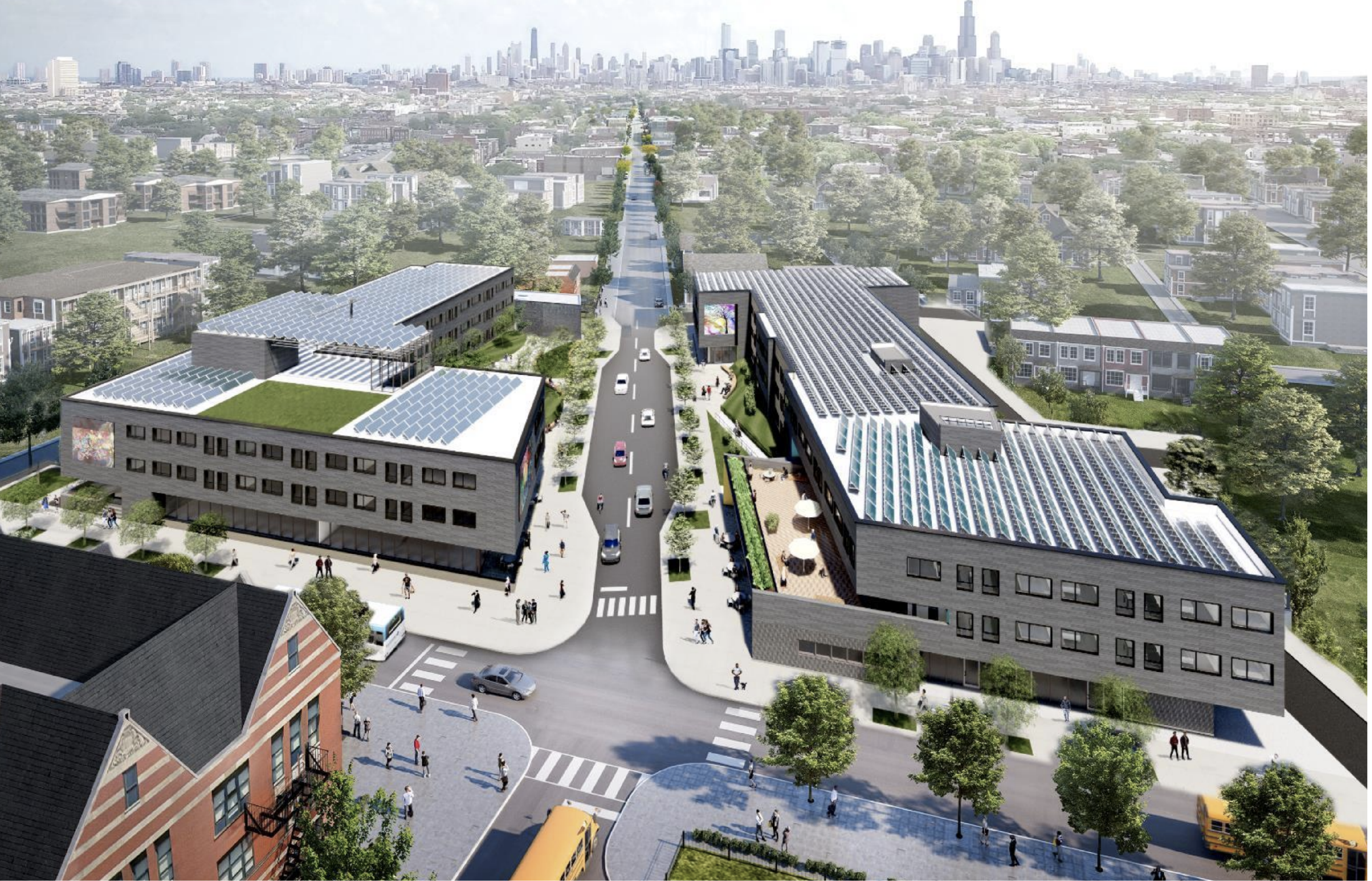 The Chicago City Council has approved the rezoning of a mixed-used development at 201 S Kedzie Avenue in East Garfield Park. The project dubbed ‘Garfield Green’ recently received its Plan Commission approval and will be located across two empty lots on the corner with S Fifth Avenue and split into two phases. Developer Preservation of Affordable Housing worked with Perkins + Will as well as Nia Architects on the design which takes height cues from the adjacent Marshall Metro High School.

The Chicago Plan Commission has approved plans for a mixed-use affordable housing development at 201 S Kedzie Avenue in East Garfield Park. Developer Preservation of Affordable Housing has partnered with Perkins+Will and Nia Architects to bring the two-building project to life as the winners of the C40 Reinventing Cities competition. The multi-phase development will replace two empty city-owned lots on the intersection with W 5th Avenue, across the street from Marshall Metro High School.