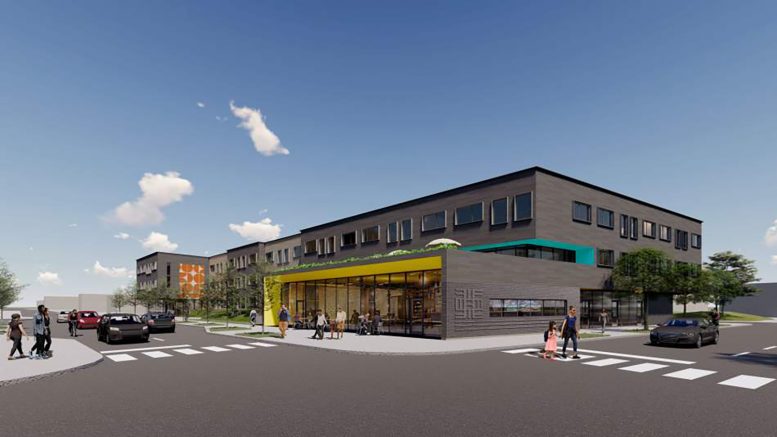 Garfield Green Development. Rendering by Perkins + Will and Nia Architects 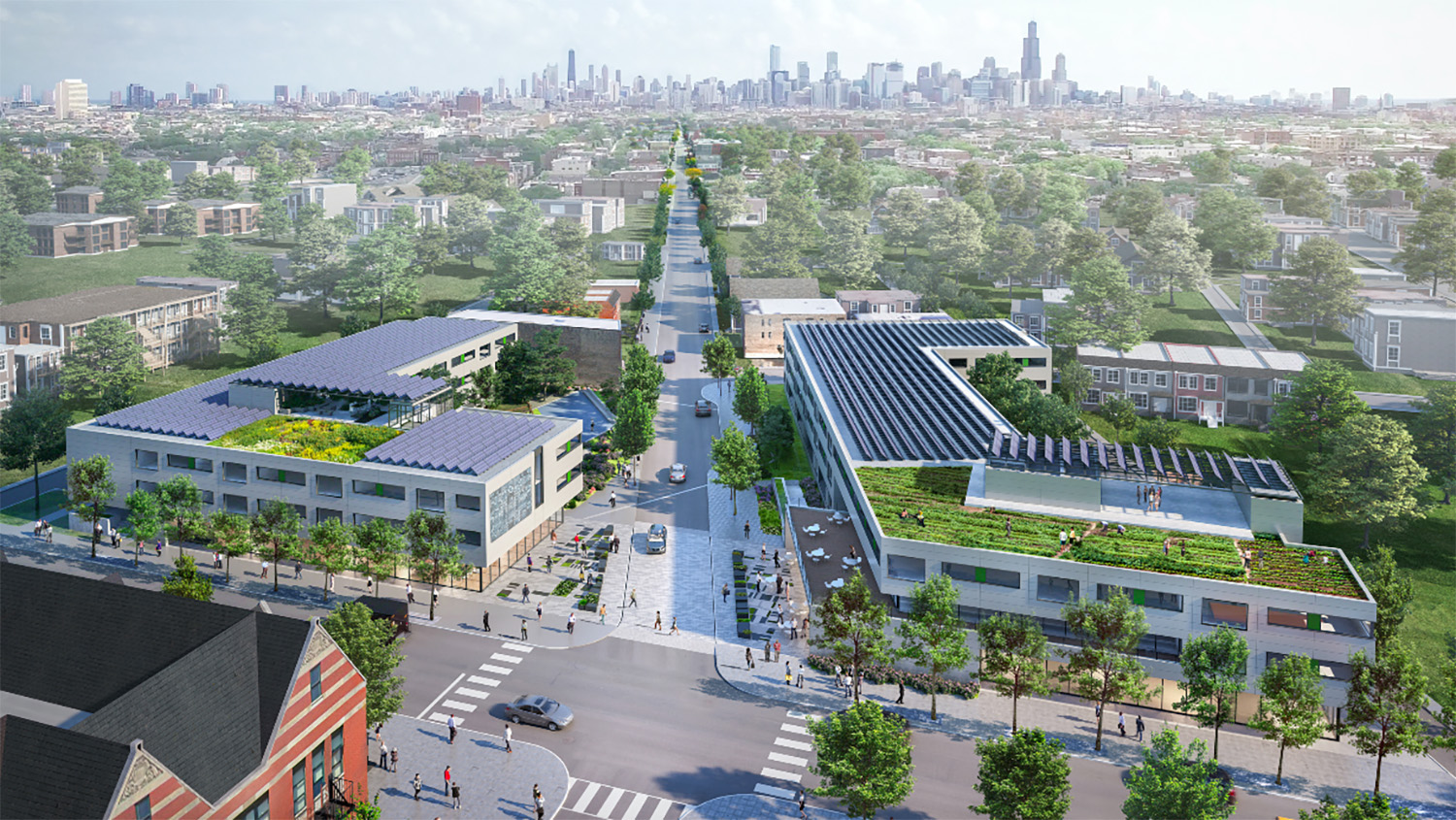 Aerial View of Garfield Green Development. Rendering by Perkins + Will and Nia Architects

Designed by Perkins+Will and Nia Architects, the new construction will contain 81 affordable apartments and ground-floor retail space. Rising approximately 52 feet, the development will be split into two phases, with the southern site encompassing Phase 1 and the northern portion holding Phase 2. Phase 1 will include approximately 50 apartments, while Phase 2 will be a homeownership or cooperative project consisting of 31 units. Residences will include one-, two-, and three-bedroom units. Residents will have access to a terrace, rooftop gardening boxes, exercise spaces, and community rooms. A total of 32 parking spaces will be provided. 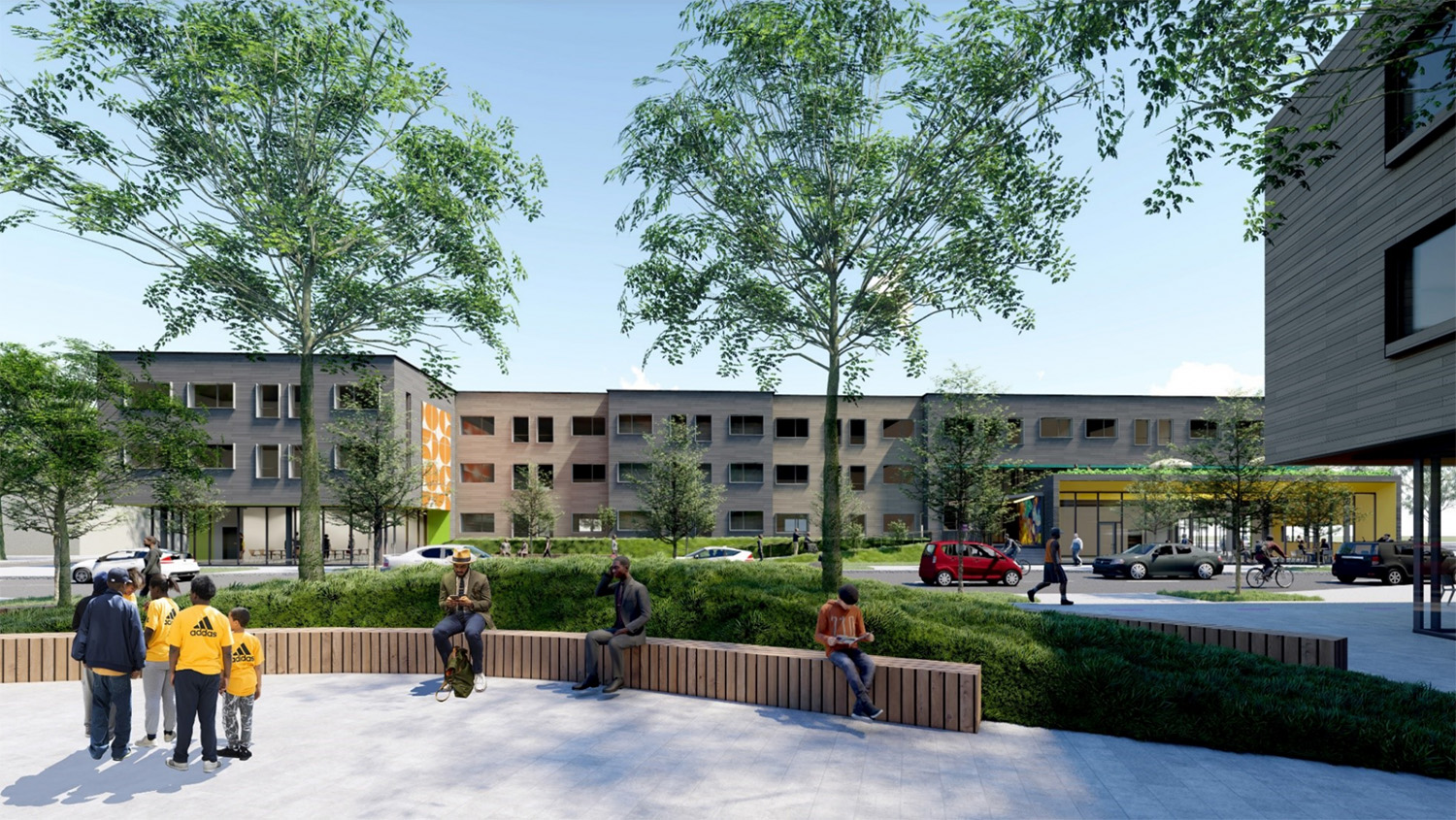 The three-story buildings will include solar panels, green roofs, energy-efficient lighting, and other features that aim for a carbon-neutral impact and meet Passive House guidelines. The orientation of the building and planting of mature trees are also designed to maximize solar heat gain in the winter and natural cooling in the summer. 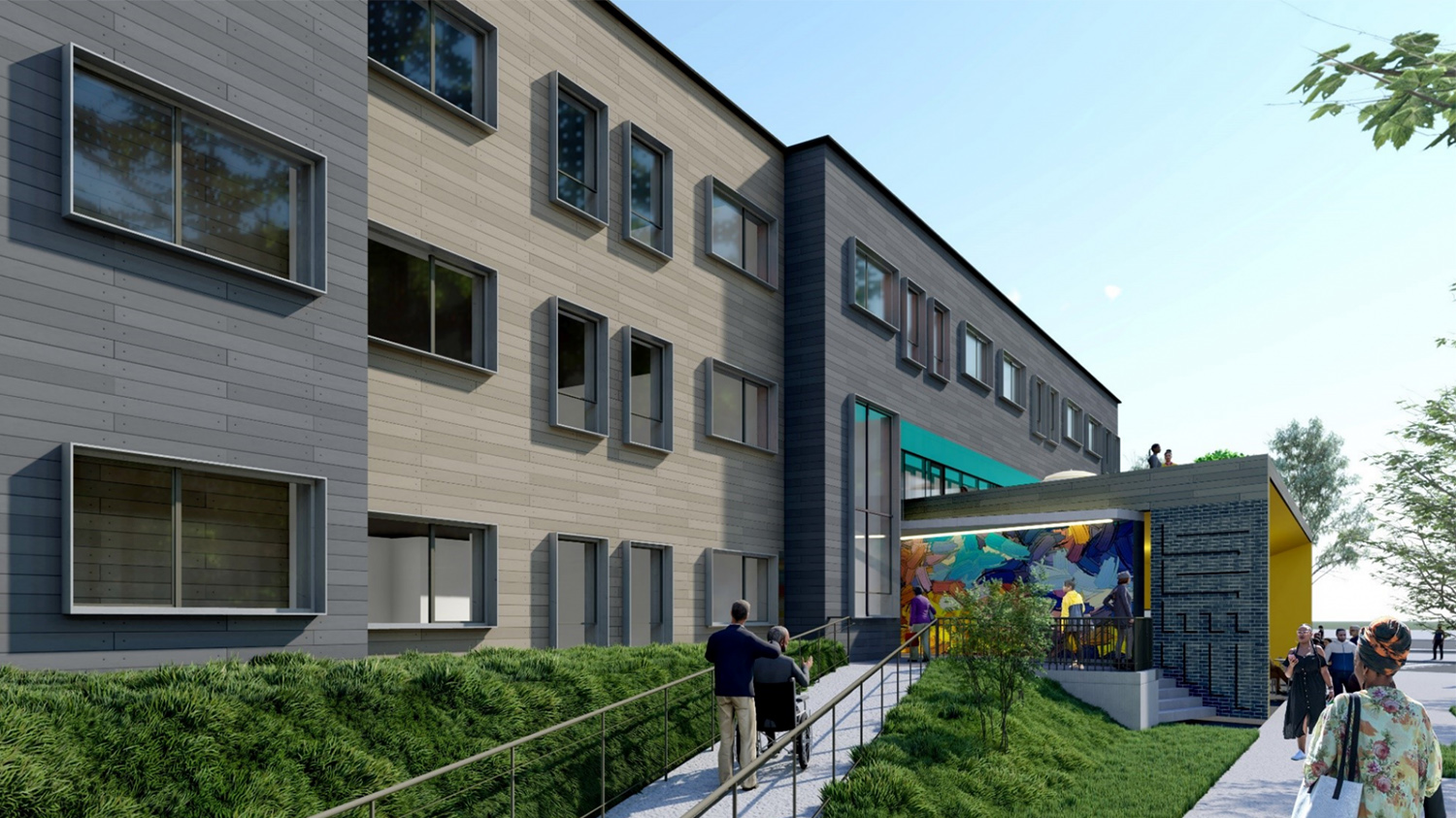 The west facade of the building is scaled to match the height and street wall of the adjacent school and then steps down to the scale of the remaining residential community on 5th Avenue to the east. The building will be of wood and/or steel-frame construction. The first level is raised above grade to promote privacy for the first-floor residential units. The 5,000 square feet of commercial space fronts S Kedzie Avenue, while the residential units are set back from 5th Avenue. 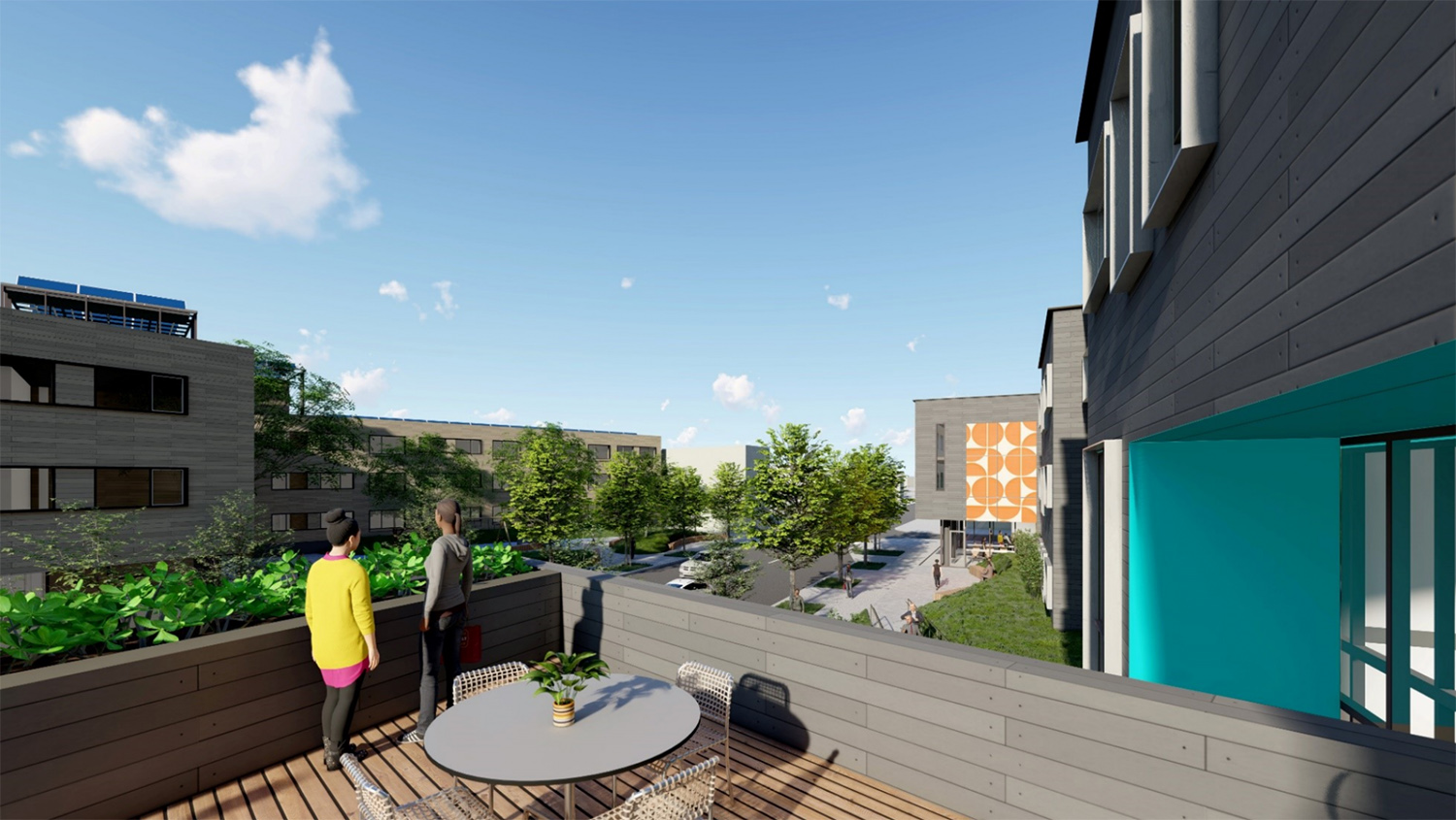