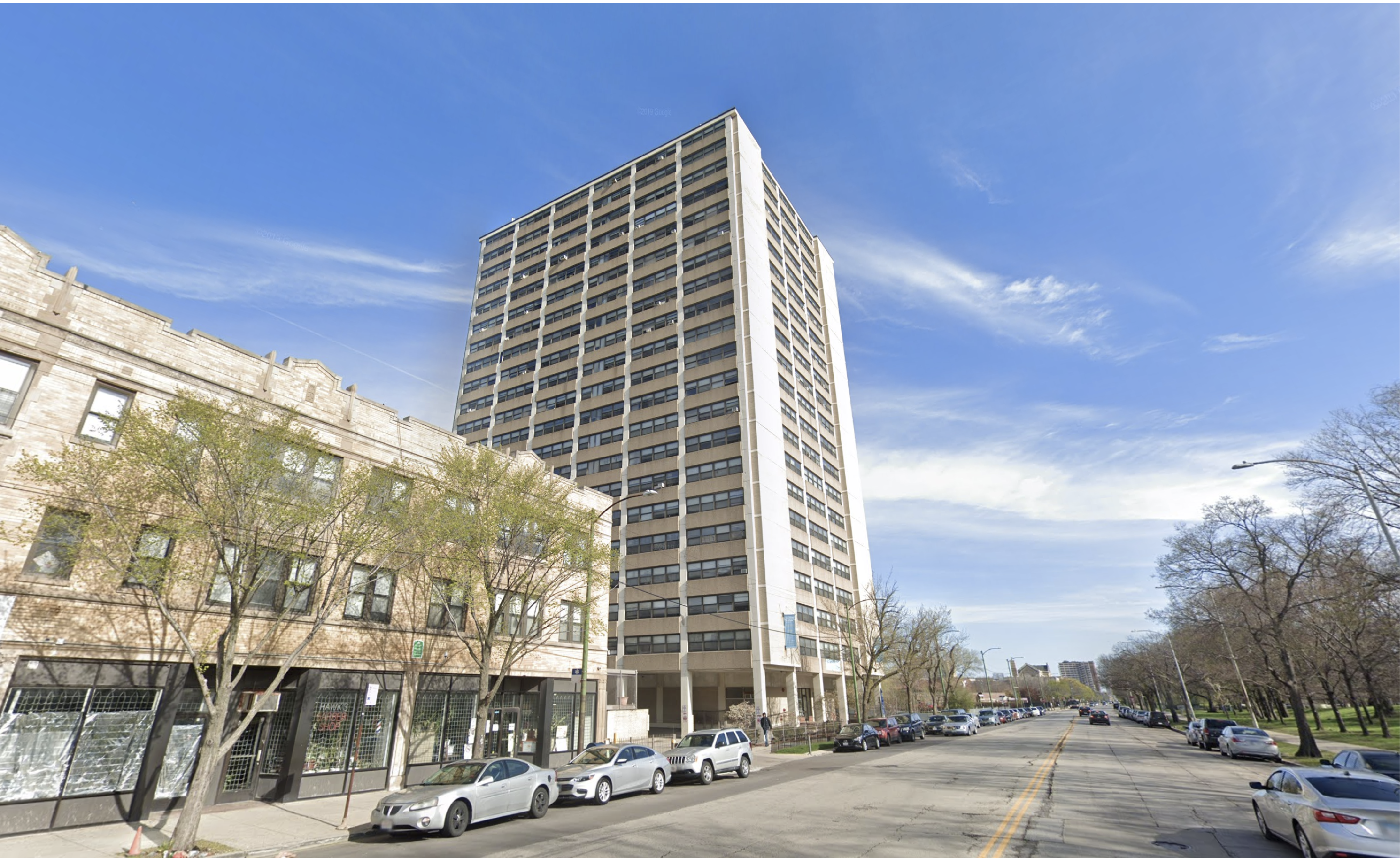 New details have been revealed on the sale and renovation of an affordable housing project at 6430 S Stony Island Drive in Woodlawn. Located just north of the intersection with E 65th Street, the 1969-built structure was recently purchased by the Preservation Of Affordable Housing (POAH) for over $29 million from PNC Bank who has owned the property since 2015. The renovation gives residents a sigh of relief as the area directly across the street from the future Obama Presidential Center grapples with rising cost.