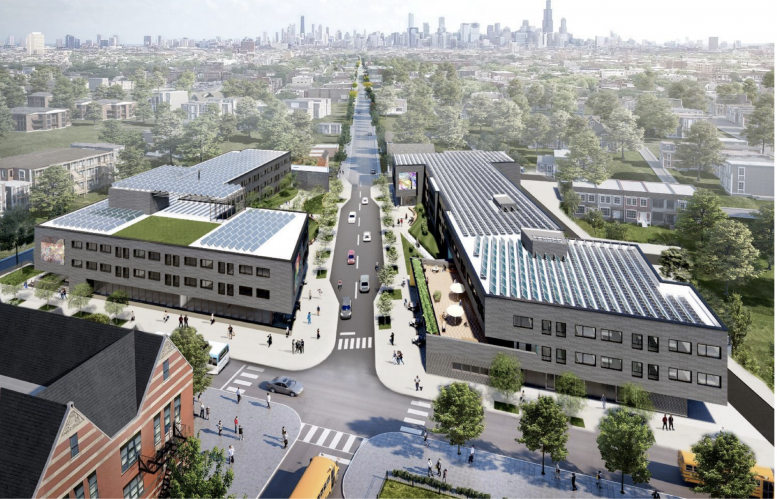 The Chicago Plan Commission has approved plans for a mixed-use affordable housing development at 201 S Kedzie Avenue in East Garfield Park. Developer Preservation of Affordable Housing has partnered with Perkins+Will and Nia Architects to bring the two-building project to life as the winners of the C40 Reinventing Cities competition. The multi-phase development will replace two empty city-owned lots on the intersection with W 5th Avenue, across the street from Marshall Metro High School. 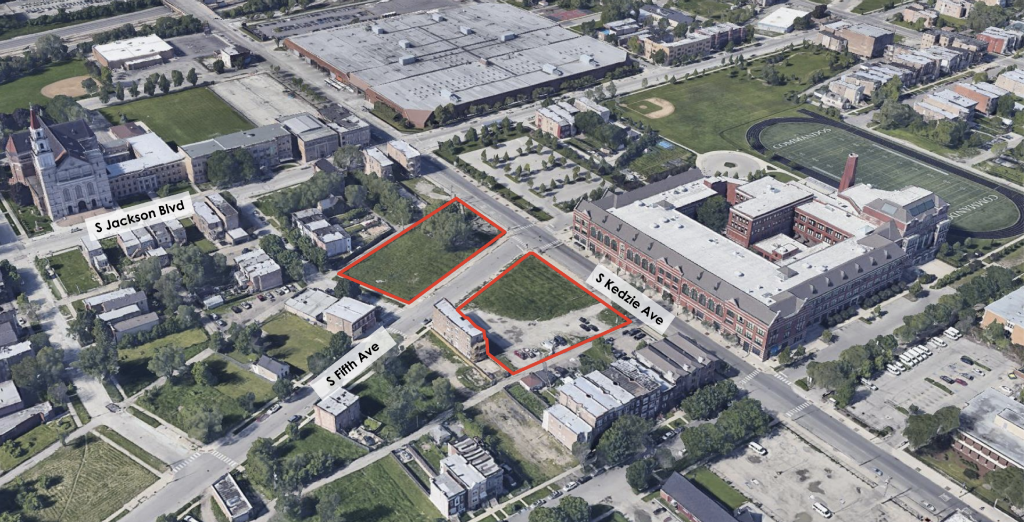 All of the units will share communal laundry rooms on each floor and have access to a second-floor gym and a communal space that opens up to a large outdoor deck. The accessible building will also have a large community kitchen on the first floor off of the small green space fronting W 5th Avenue, with large murals on the fiber cement panels cladding the structure. Phase one will construct 15 vehicle parking spaces with a total of 32 provided in both phases and both buildings will be capped with solar panels. The future second phase of the project will be a homeownership or cooperative building that will hold an additional 31 units. 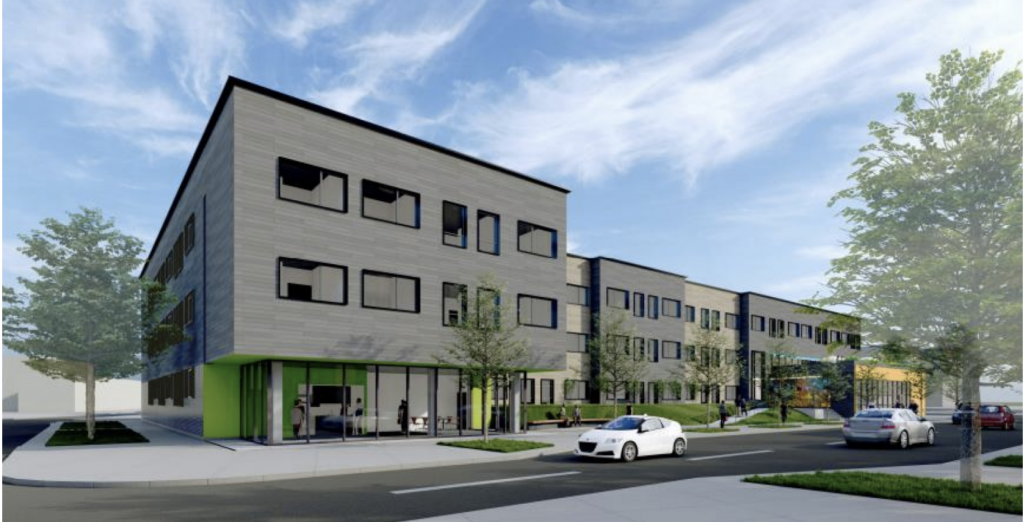 The project is estimated to bring 20 permanent jobs and 150 temporary construction jobs and host three local leasing fairs within the neighborhood. The developer will also get community approval for the retail tenants and prioritize Black-owned businesses. Future tenants will have access to the CTA Green Line Kedzie stop via a 10-minute walk and the CTA Blue Line Kedzie stop via an eight-minute walk allowing the project to be a Transit Oriented Development (TOD). Clearing the final of its hurdles, the development can move forward with permitting construction and potentially meeting the original ground-breaking date of end of year 2021.