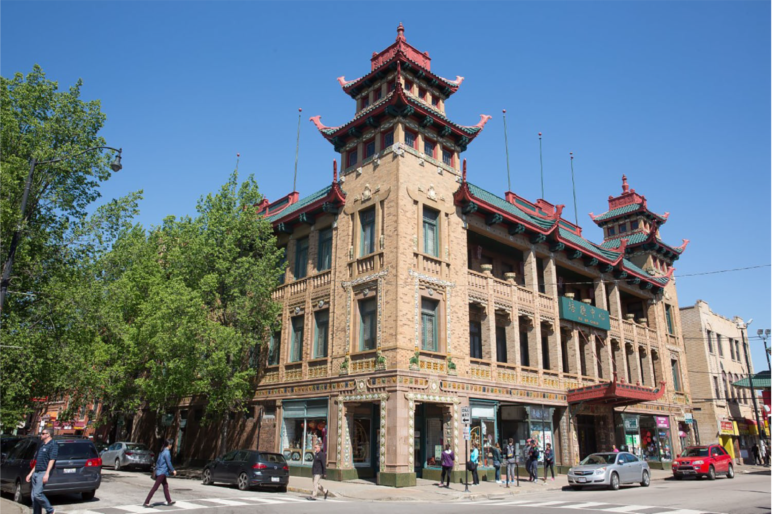 Exterior of the Pui Tak Center via Open House Chicago 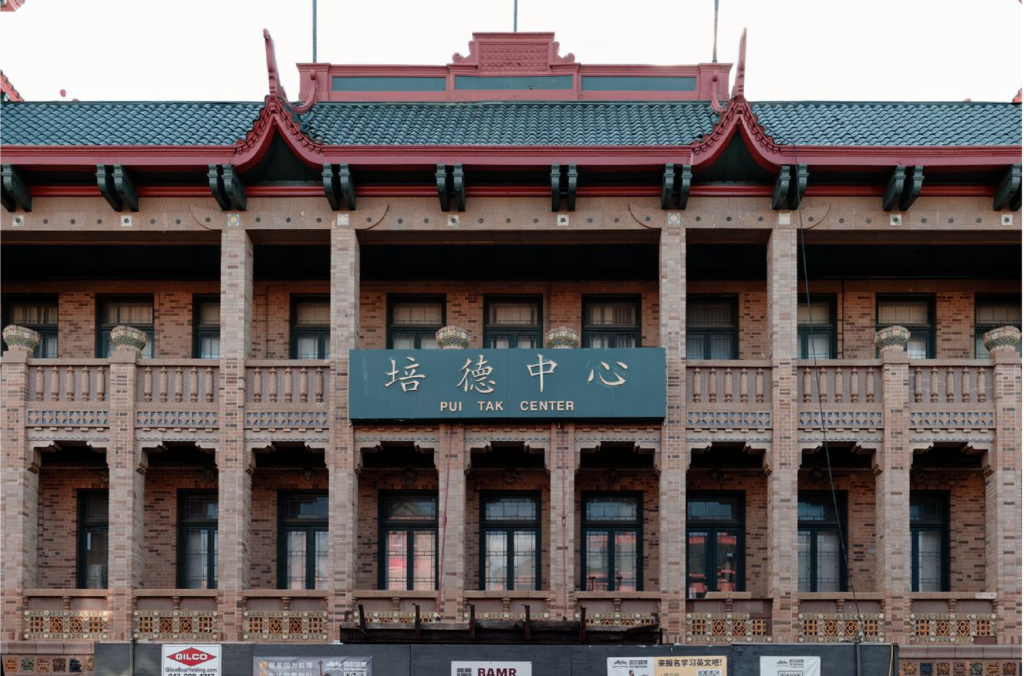 Exterior of the Pui Tak Center via Eater.com

The On Leong Merchants Association is what is known as a Tong, or member society most commonly found in Chinese Immigrant areas across North America, and originates all the way back to 1644 in the Guangdong Province of China. After Chinatown moved from the near South Loop area to its current location, the local chapter was formed to help members during hardships, provide language and culture lessons, as well as legal help for immigrants. This was all due to targeted moves by the federal government and increased crime, thus locals sought protection of both property and their culture. 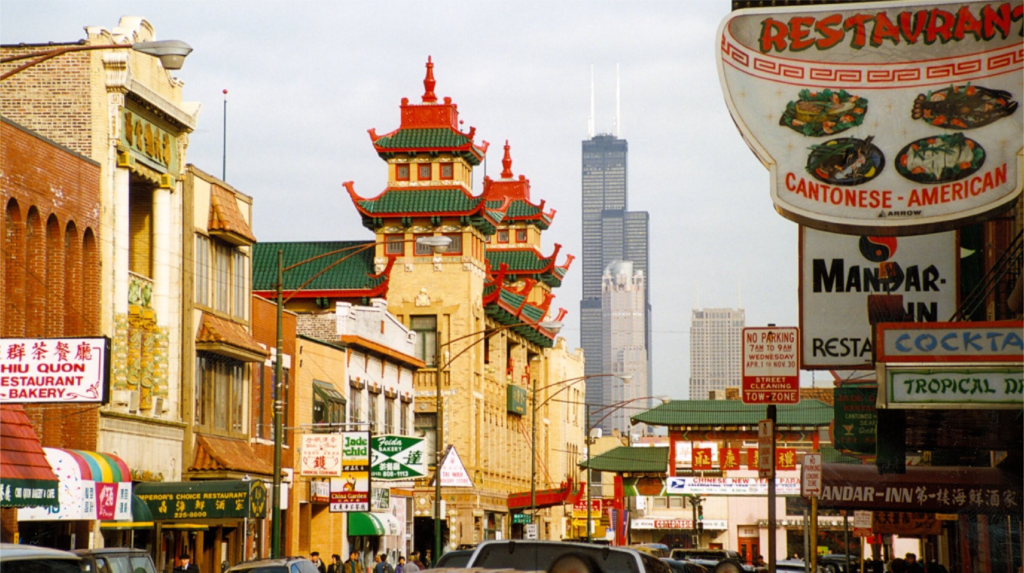 Vintage photo of the Pui Tak Center with the skyline in the background via Puitak.org

Known as “One of the most expensive and elaborate buildings ever created in America by the Chinese” by the Chicago Tribune in 1926, the steel and concrete frame structure is clad in brick on all sides with its street front featuring beautifully detailed glazed terra cotta pieces. Inspired by the architecture of the Guangdong region, it is flanked by two pagoda-style stair towers and punctured by recessed balconies on the second and third floor. All capped by a green clay tile roof with red ornamentation, holding a gathering hall, shrine, public school, and more over the years since its opening. 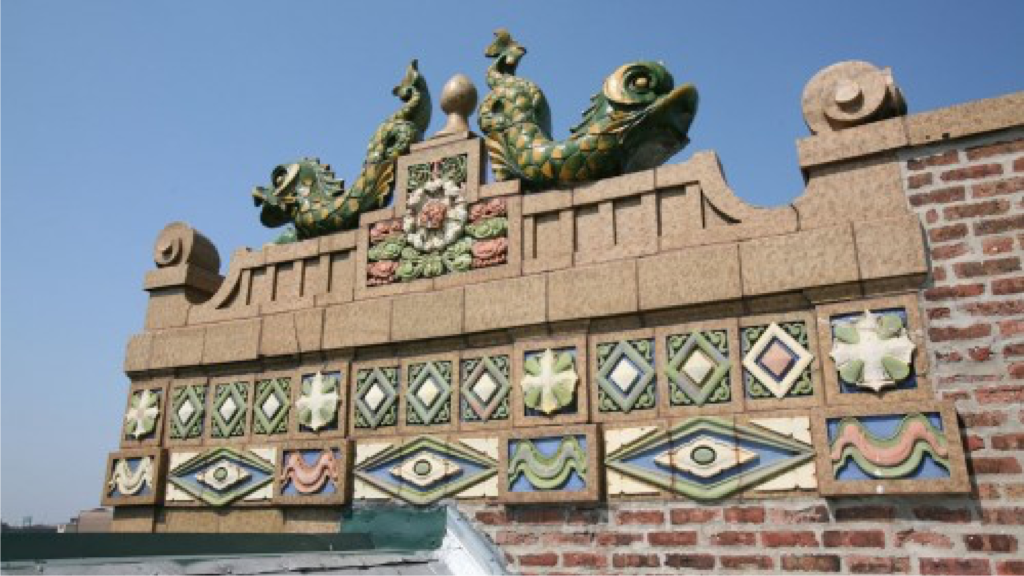 Almost all of the building’s original details have survived till today after almost 100 years of serving the community. A large main entry features a large decorative staircase up, with at one point a shrine trimmed in marble, mother of pearl, tapestries, and a case dating back to the Ming Dynasty. After various years of turmoil including a 1988 FBI raid, the center was ultimately purchased by the Chinese Christian Union Church in 1993, using it to help approximately 2,500 new immigrants annually on its $1.5 million budget. 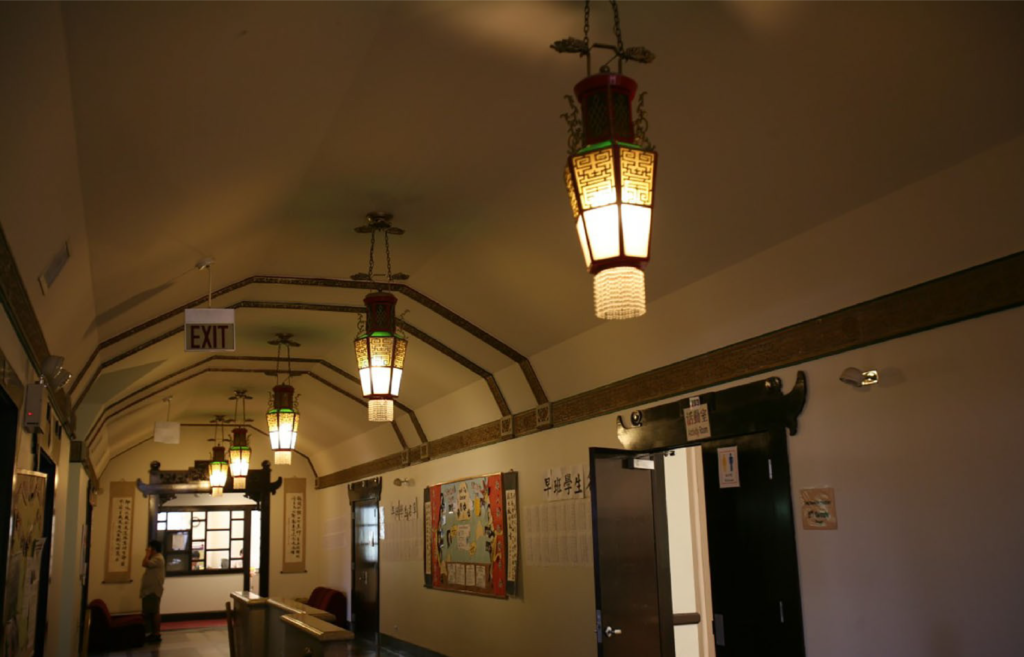 The fund will help fully restore its exterior and fix up parts of its interior. Previous reports showed nearly $2 million needed to restore much of the exterior over a decade ago, further fixes will be required now as well. The funds will be distributed via three separate payments and go towards the approved work, although formal plans for the work have yet to be revealed. Visitors who would like to see the landmark structure can do so from the nearby CTA Red Line Cermak Chinatown stop via a two-minute walk, and by bus service on CTA Routes 21, 24, and 62 via three-minute walk.