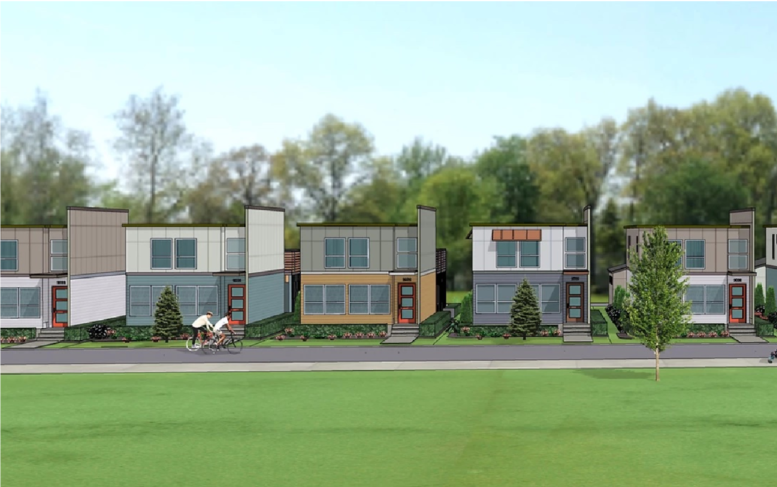 New details have been revealed for a residential development at 7237 S Vincennes Avenue in Greater Grand Crossing. Located just north of the intersection with W 73rd Street, the project will replace a large vacant lot owned by Anthony Casboni whose family has owned the land since 1939 and once operated a discount store on it. Casboni is working with co-developer Darryl Burton who will also act as the project manager, both will see through the first phase of the proposal before continuing with a second phase.

Dubbed Vincennes Village, the development will hold 12 homes made from retired train shipping containers similar to others built in various Chicago suburbs over the last few years. Offering three- and four-bedroom floor plans ranging from 1,200 to 1,800 square feet, each featuring in-unit laundry, full kitchens, and a garage. Hoping to rival any standard wood-construction in the city, the new properties will have designer finishes, balconies, patios, and access to plenty of green space at the nearby Memorial Park.

Minority-owned Onyx Architectural Services is leading the design of the homes, each made up of five eight-foot wide containers with 10-foot-tall ceilings. The project will also try to be energy efficient with motion-activated lights and plenty of insulation, a common issue with container builds in areas with more extreme climates according to Block Club. Future residents will have bus service access to CTA Route 24 on site, Route 75 via a four-minute walk, and the CTA Red Line 69th station via a 12-minute walk. 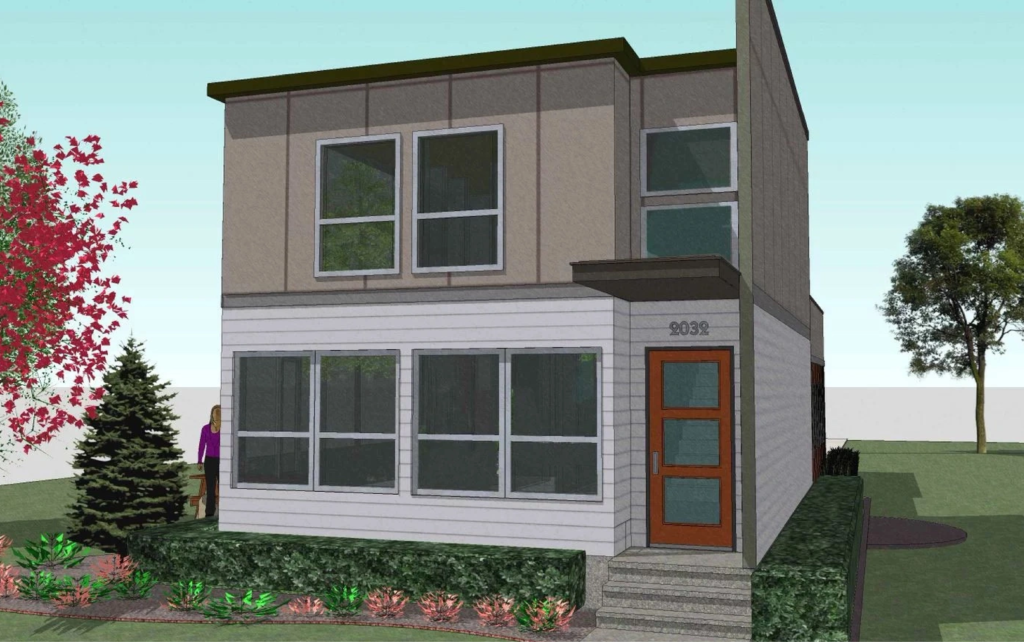 If sales for this first phase go well, the developers hope to build a second phase containing an additional eight houses on a lot nearby. Prices for the homes will start at $300,000 which is on par with other properties recently sold in the neighborhood. While foundation work has begun after a groundbreaking ceremony was held in June, the developer is still awaiting full construction permits to complete the project. Once permits are received, it will take roughly six weeks to build-out after the container shells arrive to the site. Move-ins are expected before Christmas.