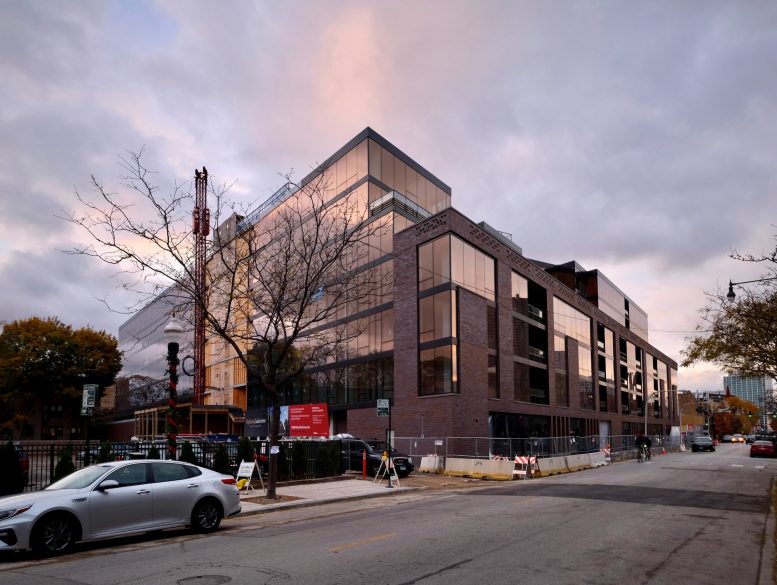 Optima‘s seven-story mixed-use development known as Optima Lakeview has announced its grand opening. The rental apartment building is located at 3460 N Broadway on the former site of Treasure Island Foods in Chicago’s Lakeview neighborhood and is featuring the region’s first year-round rooftop pool. 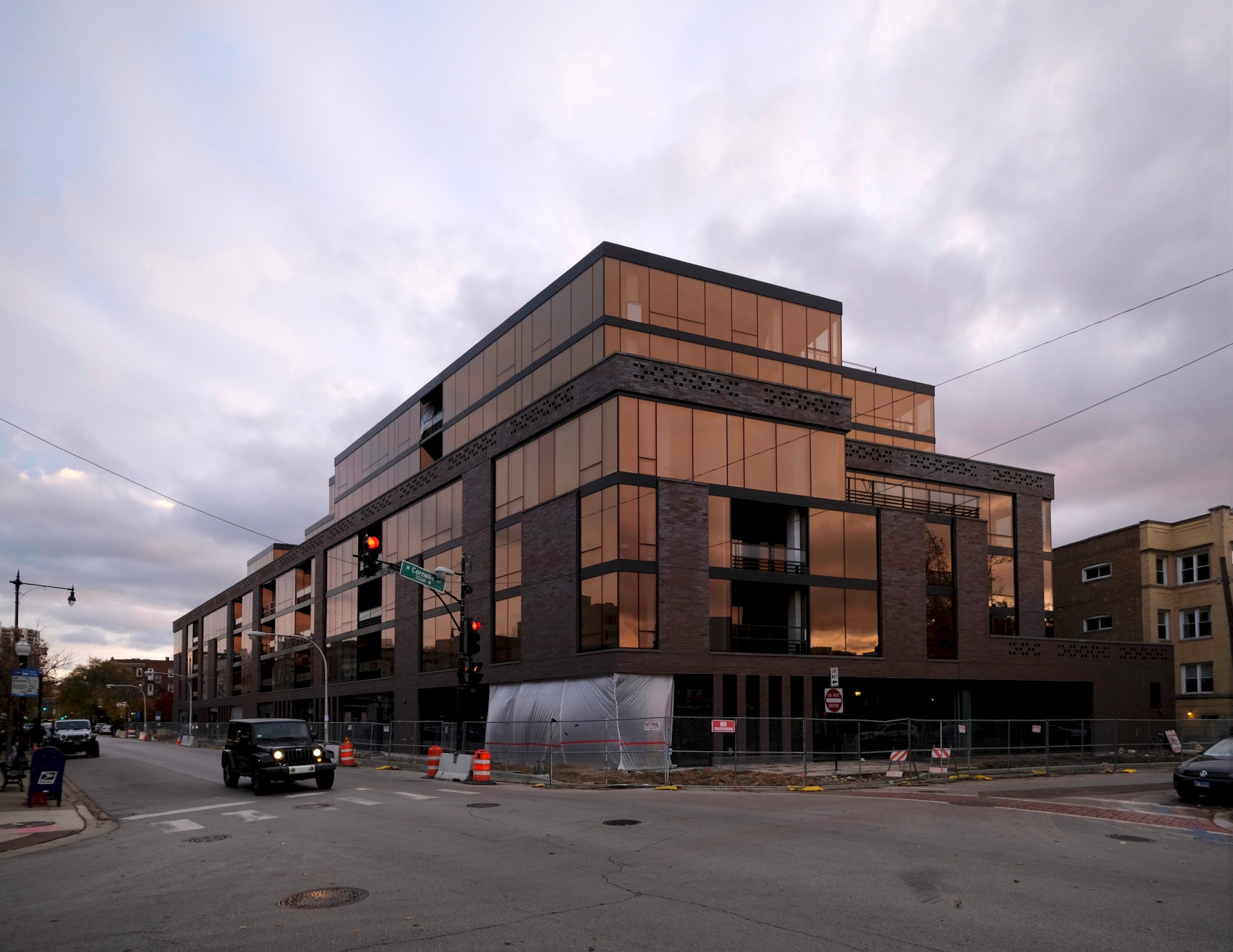 The development has reportedly leased 35 percent of the 198 rentals. As previously reported, the rentals range from one- to three-bedroom floor plans and each comes with a private balcony or terrace. All residences are fairly spacious with a minimum of 1,053 square feet to give residents the flexibility to accommodate their lifestyles. Though unfurnished, apartments have custom wardrobes with built-in shelves and drawers for clothes and storage and bring in more light than traditional walled-off closets. Rents start at $2,500 per month. The building will also include 14,000 square feet of street-level retail. 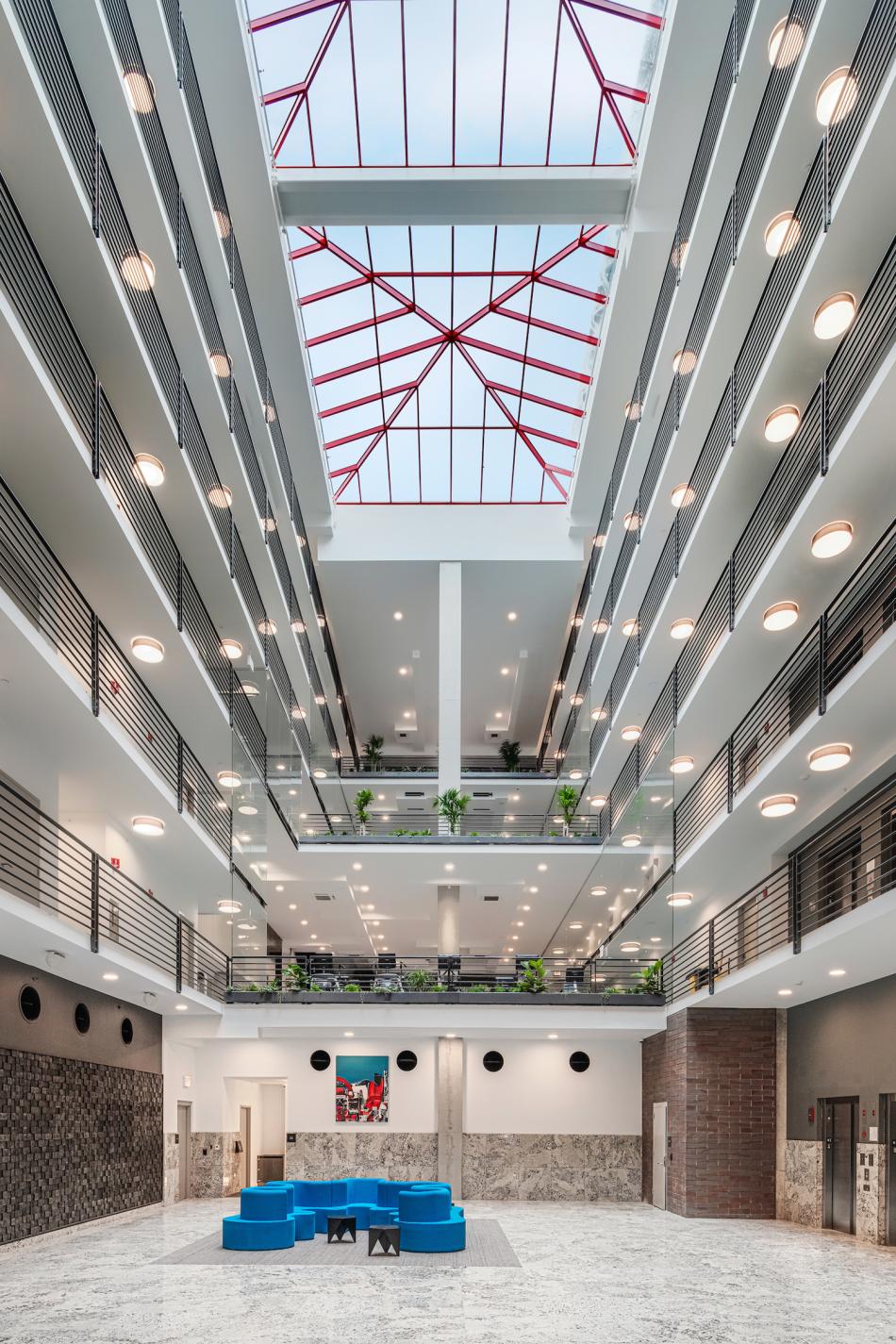 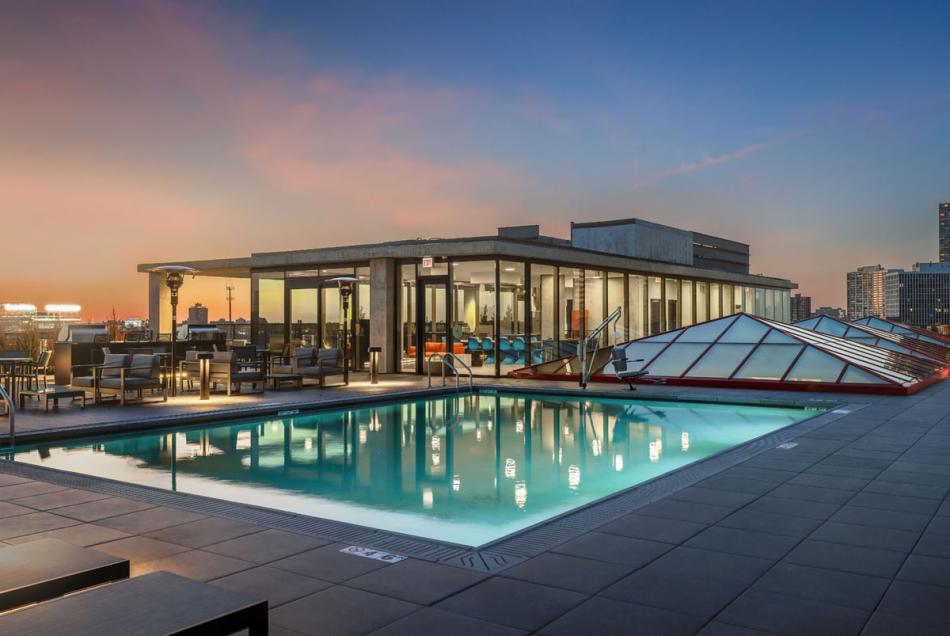 Many of Optima Lakeview’s amenities are connected by the seven-story atrium which is topped with a skylight, allowing for natural light to flood the building’s interior. For a touch of green, planters have been placed throughout the floors surrounding the atrium, and when the plants mature it will create a hanging garden effect.

Indoor basketball and pickleball courts, a sports lounge, and a golf simulator are accessible near the building’s entrance. There is an upstairs fitness center with state-of-the-art equipment, a yoga studio, sauna, pet spa, children’s play area, and more. 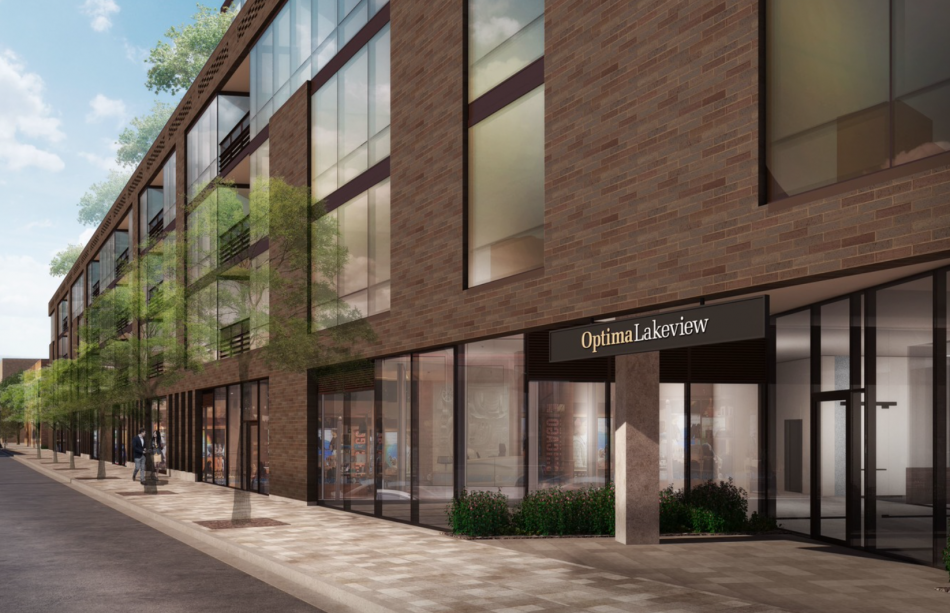 The rooftop sky deck offers views of Lake Michigan, Wrigley Field, and the Chicago skyline and is equipped with fire tables and heaters suitable for Chicago’s colder climate. As mentioned the rooftop pool is accessible all year and will stay heated and swimmable during traditional off-seasons. Optima Lakeview residents can use the rooftop’s additional outdoor amenities, including a spa, movie theater, lounge seating, and outdoor kitchen stations. The rooftop also features a glass-enclosed party room complete with a TV, various seating arrangements, and a full chef’s kitchen. The building also houses a 2,000-square-foot heated dog park several floors down. With the opening updated, site photos will be released soon.