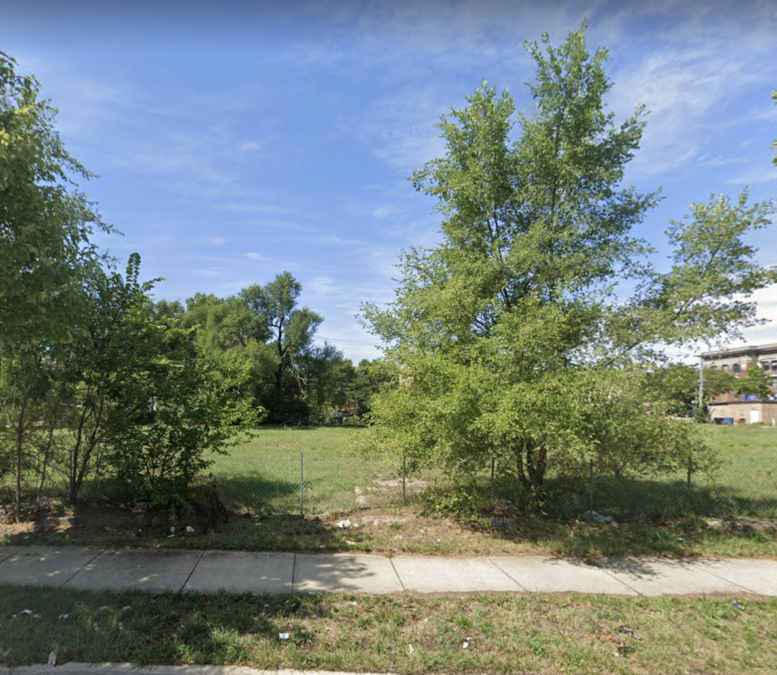 A permit was approved late last week for a new three-story residential building at 3920 S Calumet Avenue in the Grand Boulevard neighborhood. The owner is listed as Eagle OZB I LLC. This developer has also received permits for 3924 S Calumet Avenue, and plans indicate this project will also result in three flats, each with its own rear open porch. The permits also include a detached three-car garage. The development will replace a vacant lot.

As on the sister project, Gary Wands was listed as the architect of record. Plans indicate a masonry facade although drawings and renderings haven’t been made public.

Future residents will find bus service for Routes 3 & 39 at Pershing & Giles via a two-minute walk west. The CTA Green Line can also be accessed nearby at the Indiana station via a five-minute walk southwest. There are many retail, dining, and entertainment options in the vicinity, many of which are located within walking distance along S Martin Luther King Drive.

Allbright Construction LLC will act as the general contractor for the $450,000 construction. A full timeline and an anticipated completion date have not yet been established.