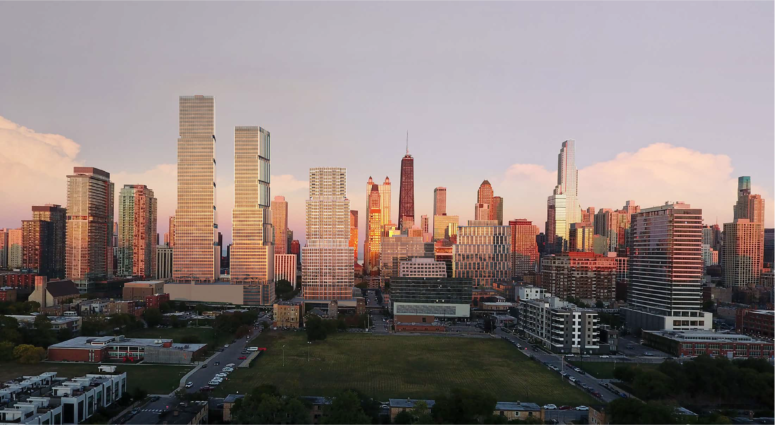 Updated details have been revealed for the North Union megadevelopment in the Near North Side. The 8.1-acre site is bound by the CTA Brown Line tracks to the west, W Hill Street to the north, N Wells Street to the east, and W Chestnut Street to the south. It was previously a part of the Moody Bible Institute’s campus, whose parent church’s auditorium is also part of the upcoming Fern Hill Old Town redevelopment. Developer JDL, also responsible for the recently completed One Chicago project, is leading the North Union proposal and working with local firm Hartshorne Plunkard Architecture on design. 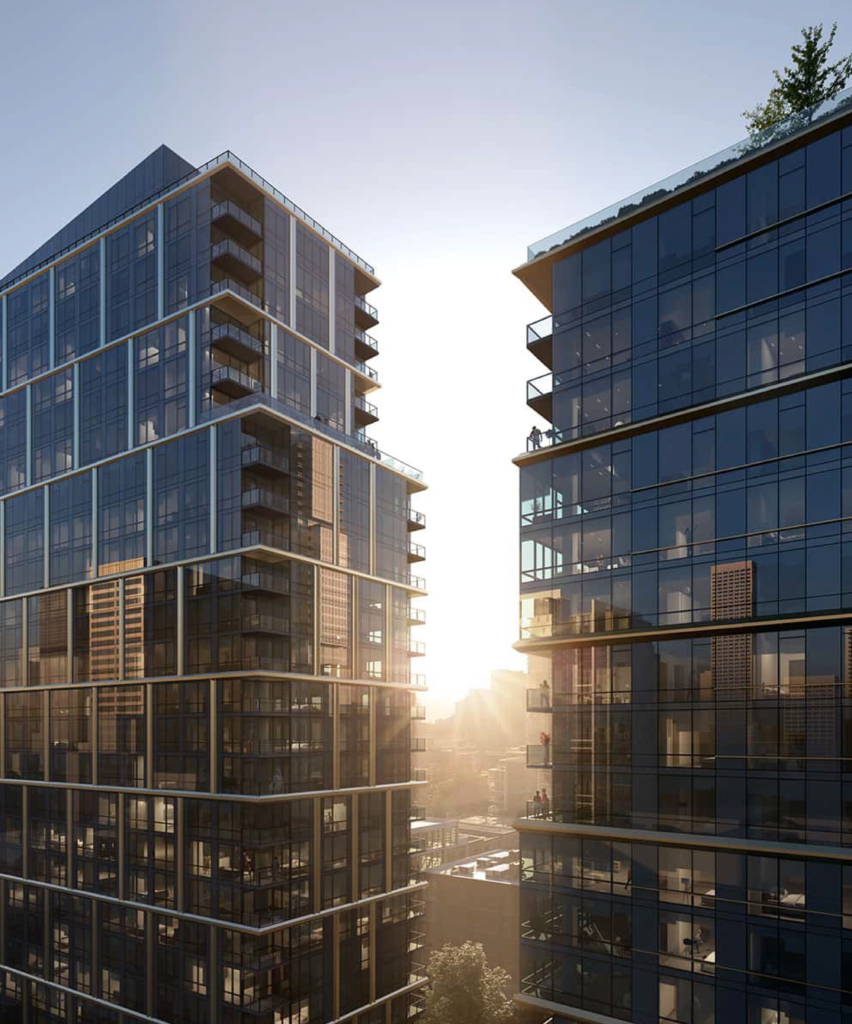 The $1.3 billion megadevelopment was fully approved by the city mid-2021, with JDL stating construction would commence once One Chicago was completed with a multi-phase construction timeline previously terminating in 2029. They stayed true to their word with the first tower at 920 N Wells Street breaking ground earlier this month soon after One Chicago received its full occupancy approval. But perhaps the most crucial part of the update is the expedited construction timeline, which has the tallest towers north being completed three years earlier with the whole project being finished by 2026. 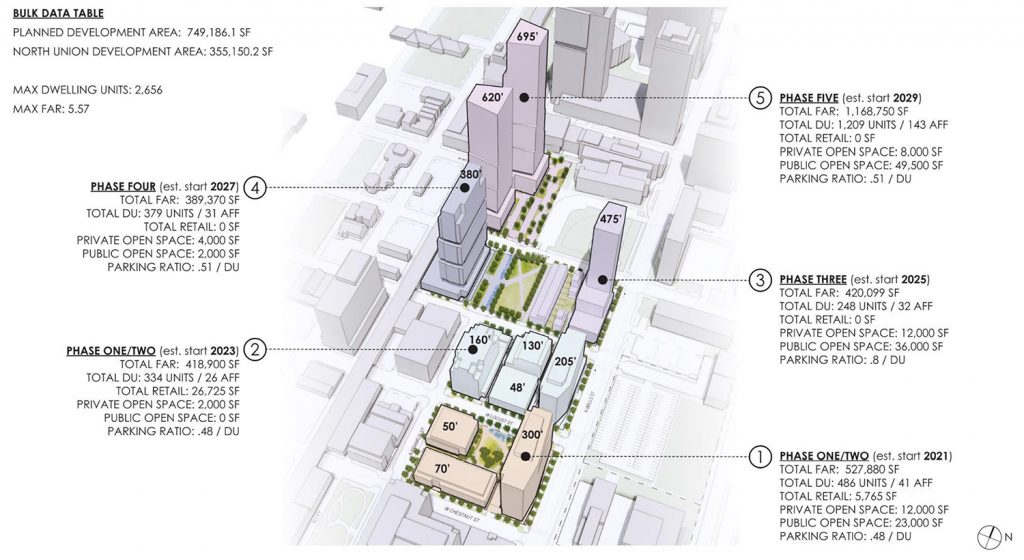 A majority of the buildings also received some form of redesign, the details and updated completion dates are as follows: 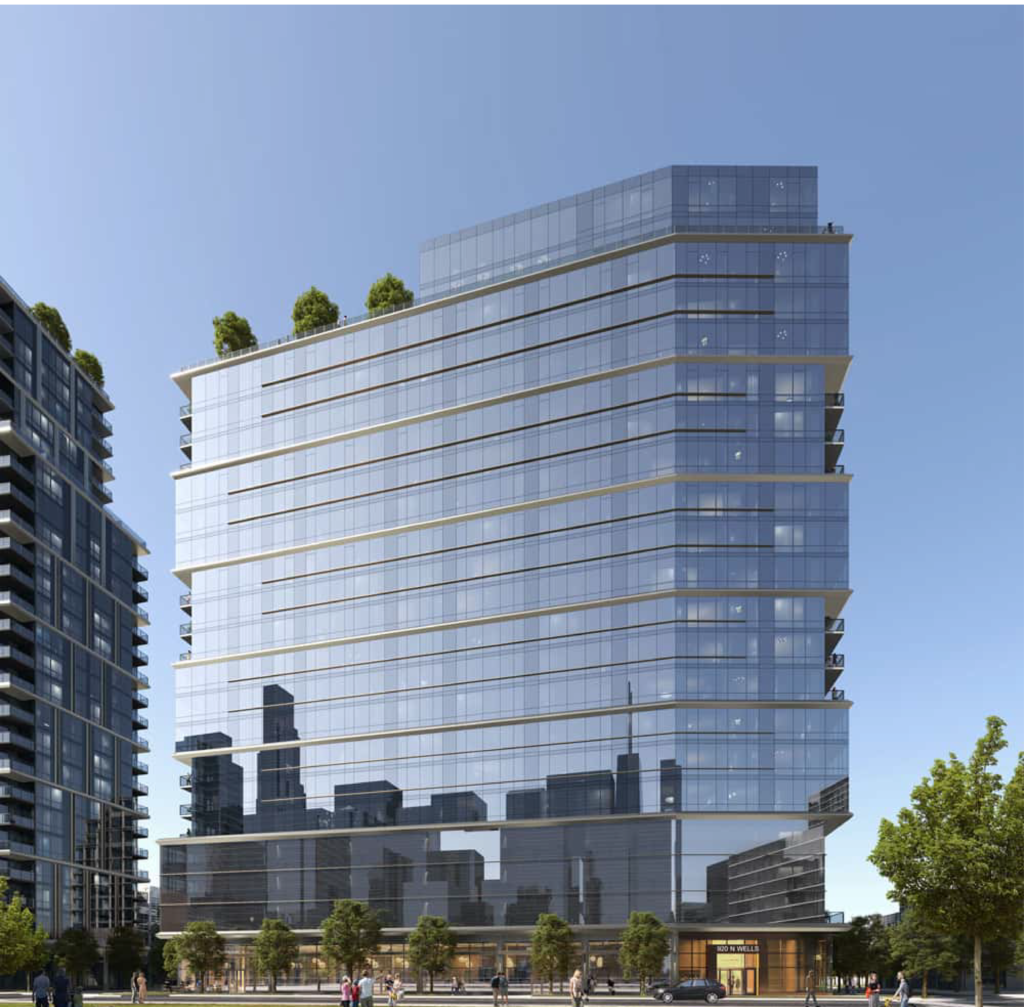 Led by Power Construction, caisson work recently commenced with a 2023 completion date per the JDL website, a change from the original plan in which it began in 2023. The tower’s massing staggers as it rises which was a later design iteration and now more prominently features a three-story parking garage above a double-height lobby floor. With no masonry left from its original concept, it is now fully clad in a curtain wall system with horizontal metal panel accents. It also shrunk one story to 18 floors in total, holding 223 rental units and 10,000 square feet of retail. 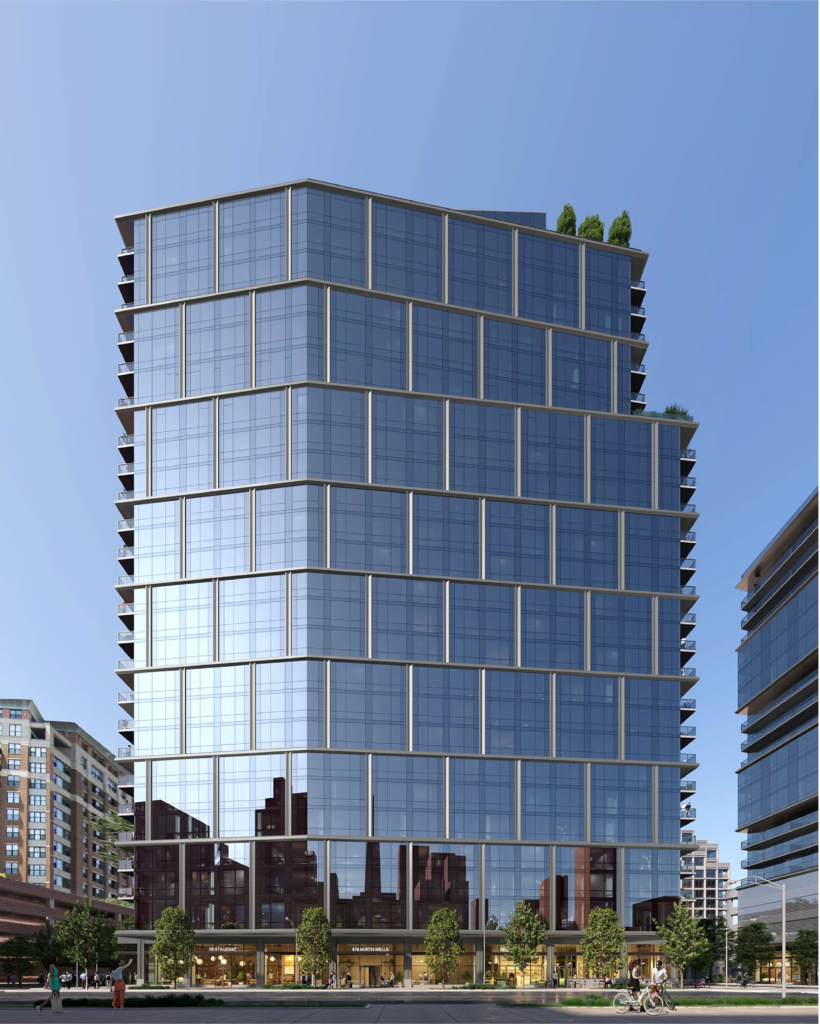 Located just south of 920 N Wells Street, 868 N Wells Street will be next to break ground later this year with a similar 2023 completion date per the new phasing plan. The taller 25-story residential high-rise will deliver 428 rental units along with 12,000 square feet of retail. The angular tower will feature staggering vertical detail elements and be mostly clad in a glass curtain wall along with balconies at the north and south ends of the massing. 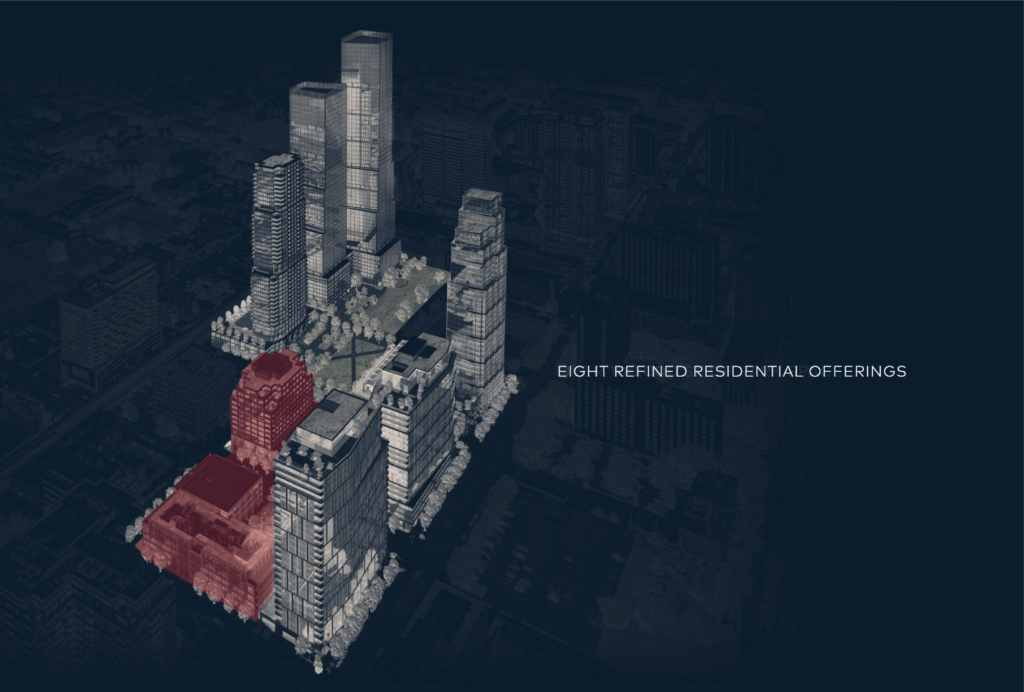 The low-rises located along N Franklin Street between W Walton Street to the north and W Chestnut Street to the south will begin construction after 868 N Wells Street with an updated expected completion between 2023 and 2024. The five structures received the least amount of re-design and will deliver over 100 additional residential units in predominantly new builds along with a small square park. Unlike the previous two developments, these will all require the demolition of an existing building on their sites. 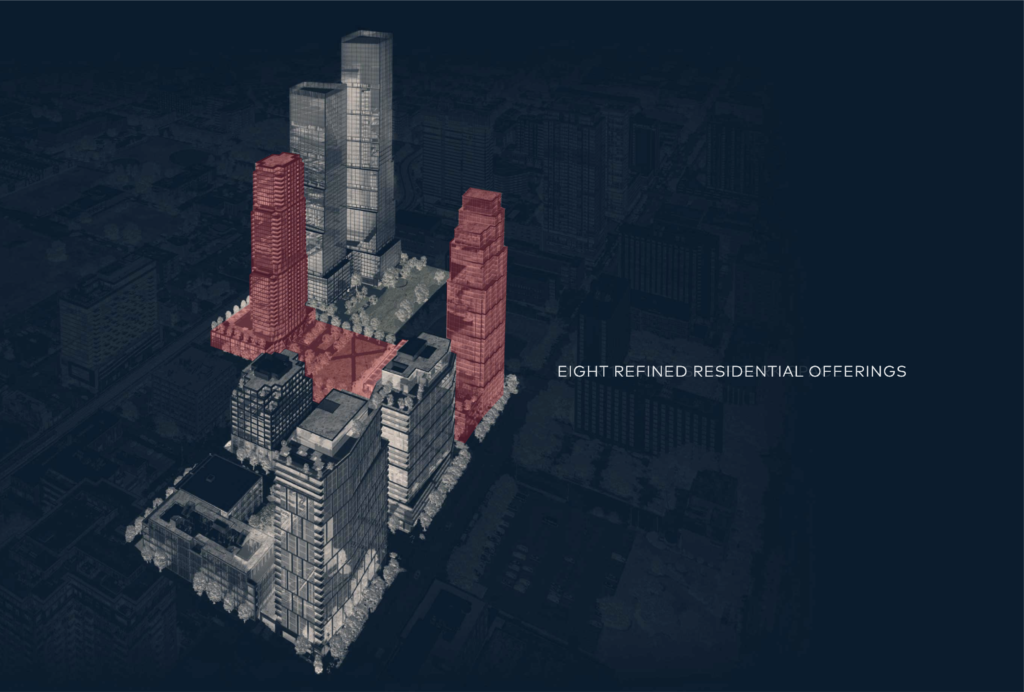 The two-tower phase will replace the existing Moody Bible Institute’s gym at roughly 938 N Wells Street, and the other tower hugging the CTA tracks at around 312 W Walton Street. The 938 N Wells Street redesign has it going from a stacked box motif to a more sawtooth glass-clad tower with setbacks as it rises and is expected to contain 248 residential units. 312 W Walton Street was slightly refined from its last iteration with less cross-bracing and a more pronounced metal hatch detail disrupted by inset balconies with an expected 389 units. Both of these towers are now expected to be completed between 2024 and 2025. 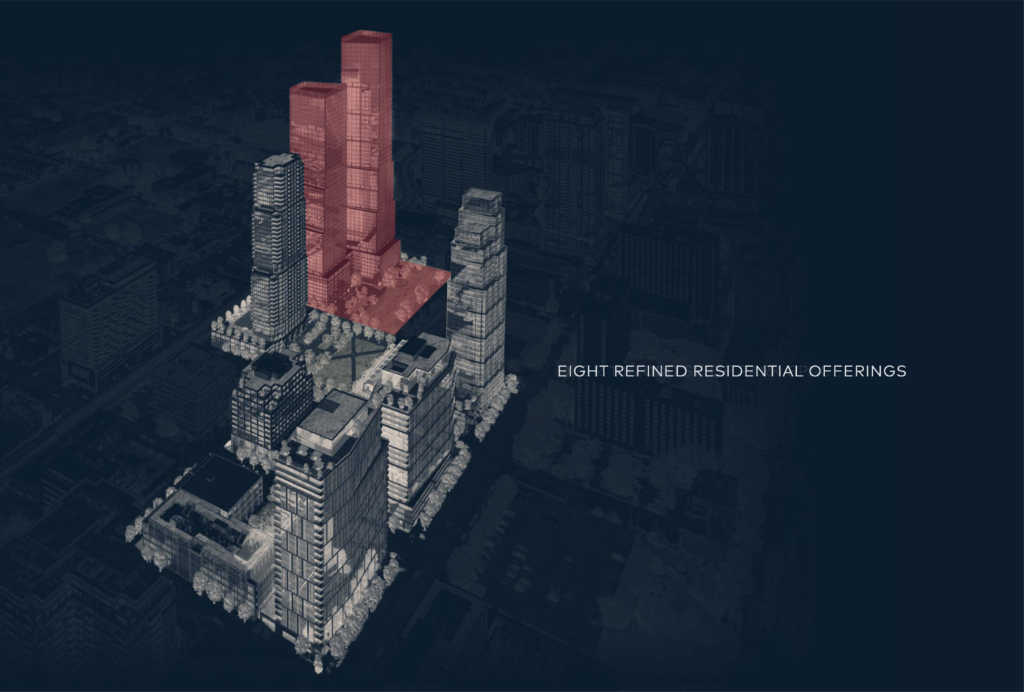 The tallest of all of the buildings with an expected height over 600 feet for both towers, these will replace a soccer field and share a massive parking podium that will abutt against the CTA tracks with a blank wall. These received nearly no redesign with their stacked trapezoidal forms remaining relatively the same. Originally expected to deliver 1,200 units with a construction start date of 2029, they will now be completed by 2026. 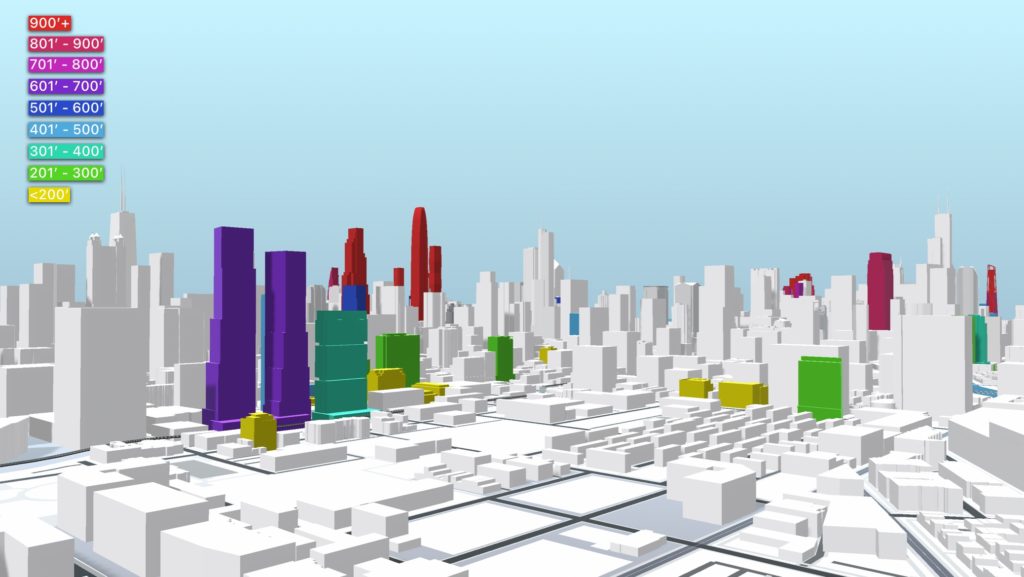 All together the project is expected to contain over 2,600 residential units along with plenty of retail space to activate the streets. All of the buildings will be connected by over 100,000 square feet of public outdoor space running in the middle of the complex. With construction going at full speed now, we can expect JDL to stick to their timeline as long as the market holds out.