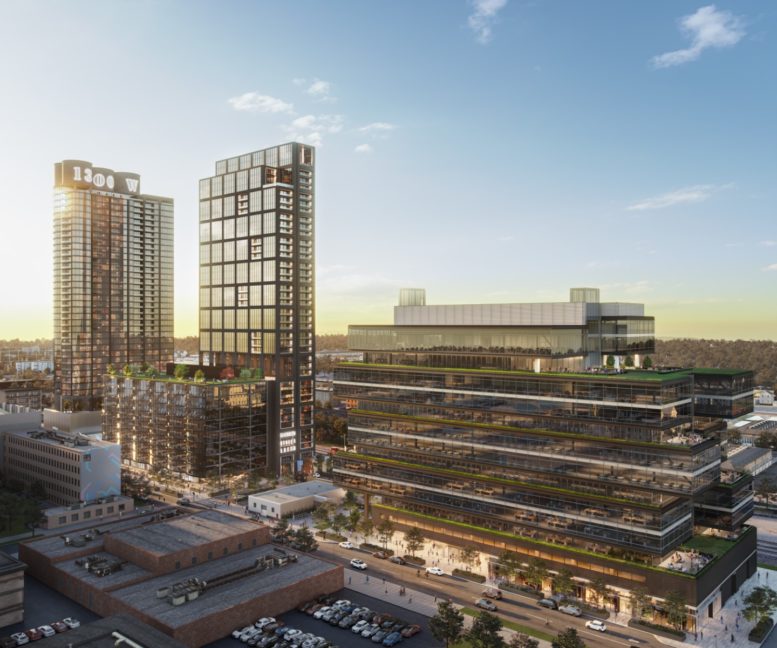 Developer Sterling Bay has revealed the design for the second tower on its 1300 W Carroll Avenue project site, formerly the site of the Archer Daniels Wheat Mill in West Loop’s Fulton Market District. The rendering has been presented on the marketing website for 1200 W Carroll Avenue, a 14-story office building that Sterling Bay plans to construct first just one block to the east. 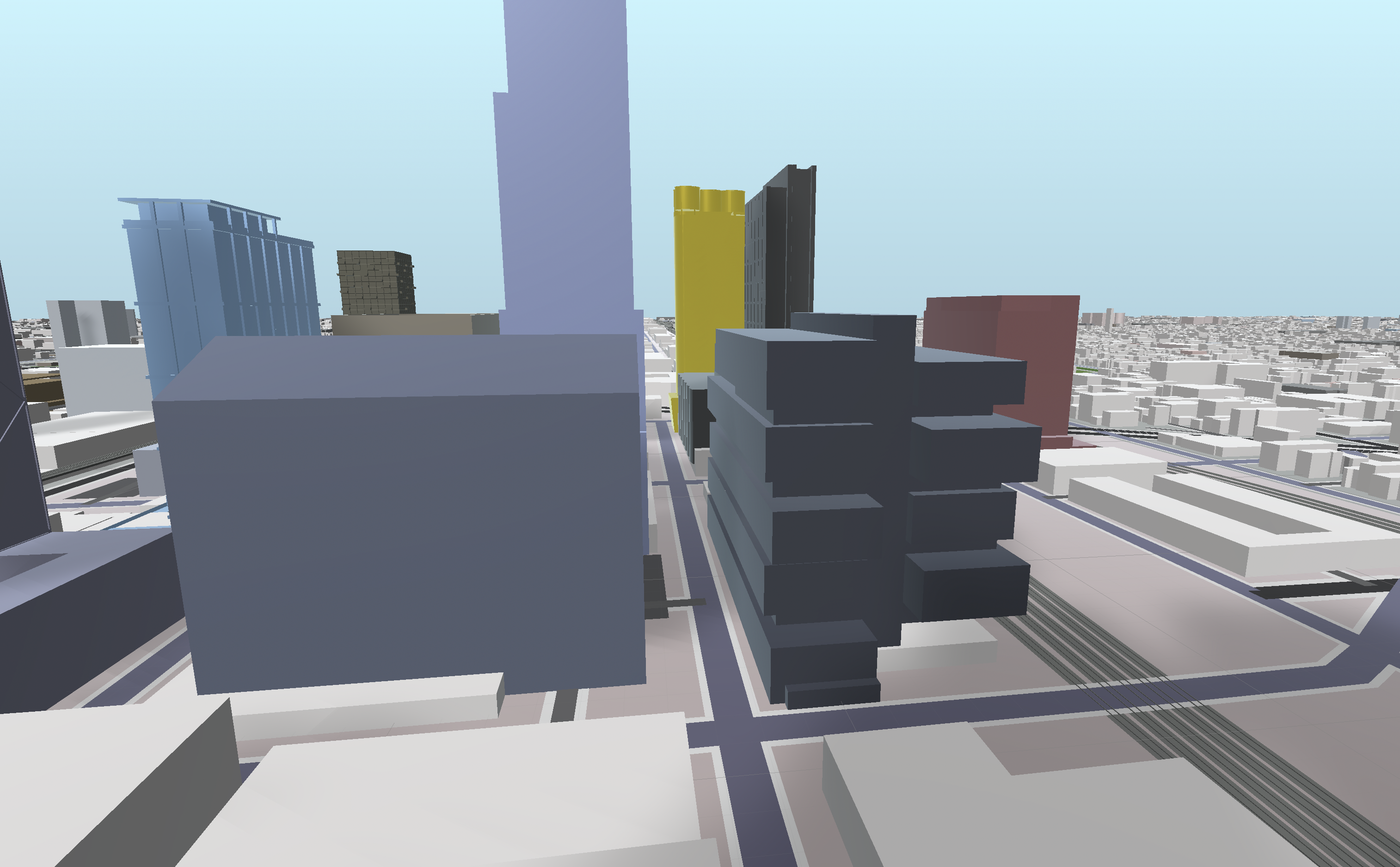 The developer’s plans for the 1300 block will yield a total of 971 residential units, 770,000 square feet of office space, and 715 parking spaces. Of the residences, 194 will be affordable and located on site.

Split into two phases, designs for the 1300 block have been envisioned by Skidmore Owings & Merrill. The 418-foot-tall phase one will come with a residential tower wrapped in a grid of dark metal paneling and large square openings. The tower’s attached podium will house its office portion, encased in an undulating glass facade. 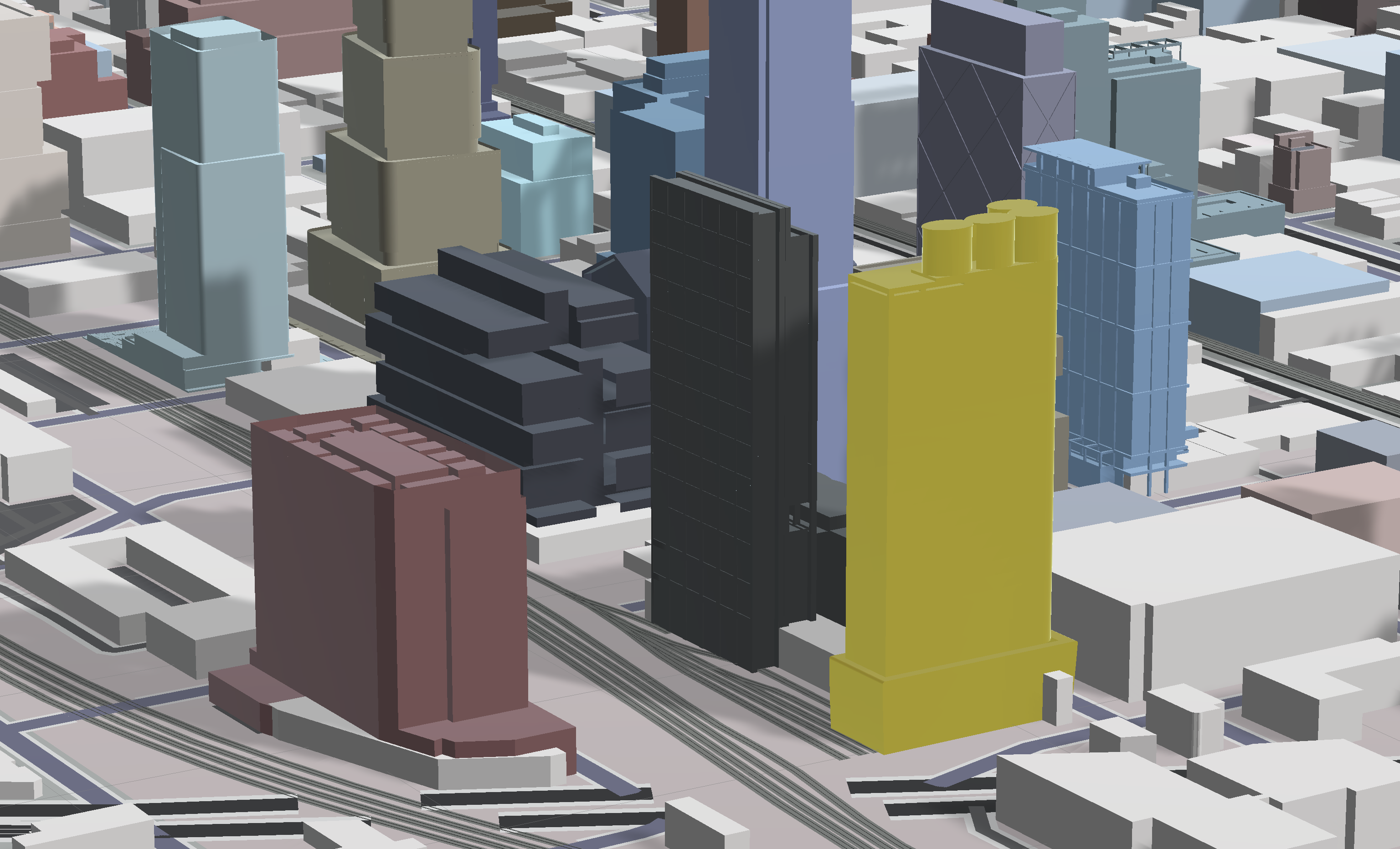 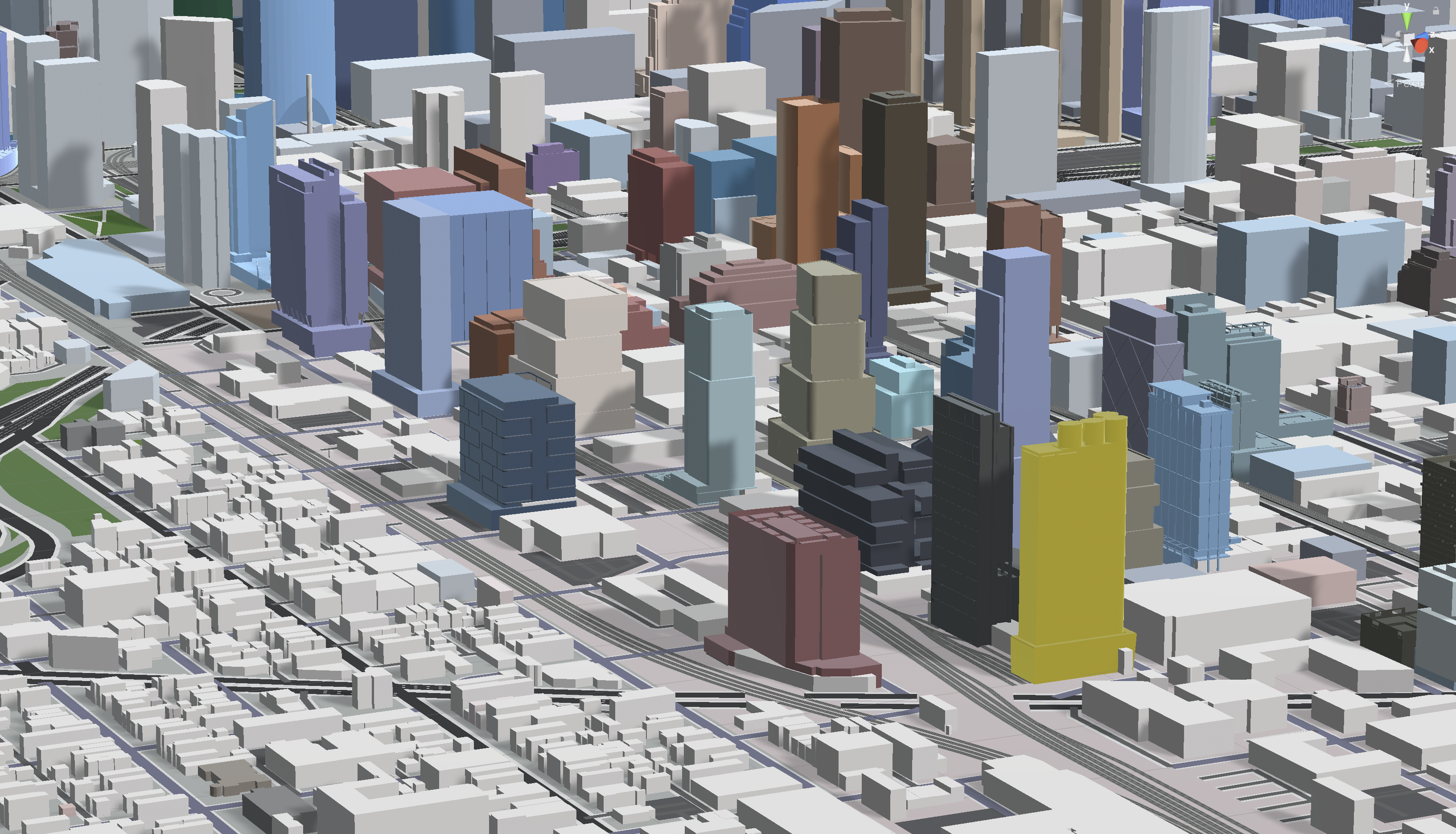 Adjacently west at a height of 514 feet, the revealed phase two will take a more contextual approach in its design. Most notably, the crown will be made up of concrete cylindrical elements that harken to the silos of the demolished mill. As shown in the rendering, the signage “1300 W” will be emblazoned along the crown’s rounded surfaces. The remainder of its exterior consists of a rounded rectangular massing with a glass curtain wall facade and inlaid balconies. Programming for this phase two skyscraper will also be mixed-use, housing 633 apartments, 570,000 square feet of office space, and 255 parking spaces. 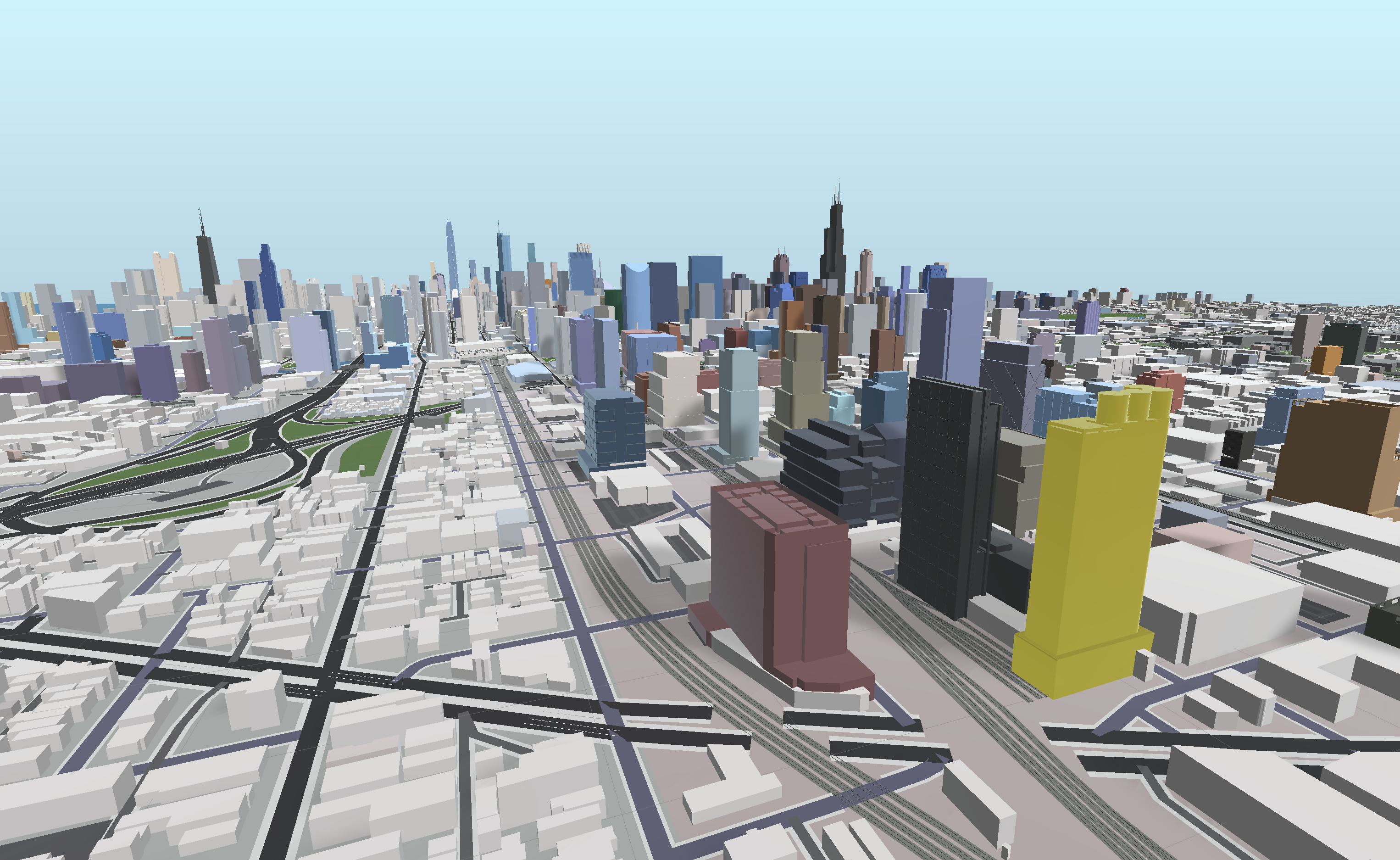 As far as transit, future residents and tenants will have several options beyond the on-site parking. Bus service for Routes 9 and X9 can be found within an eight-minute walk from the site, while trains on the CTA L Green and Pink Lines are located at Ashland station via a 12-minute walk west.

As far as the timeline, 1200 W Carroll is expected to be built first, with most recent indicators pointing to a completion date next year. As for 1300 W Carroll, further approvals are still required before construction can begin, and no concrete timeline has yet been revealed.