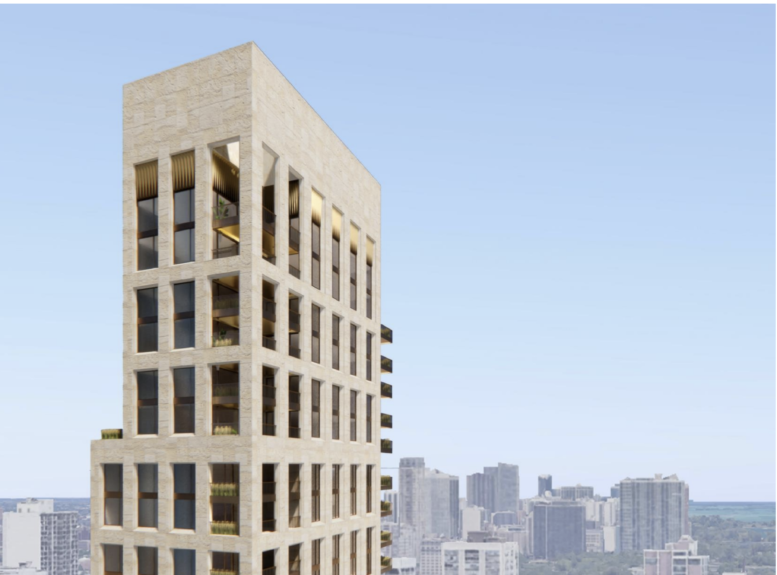 Updated plans were presented to the Committee on Design for a residential development at 12 W Maple Street in the Gold Coast neighborhood. Located just west of the intersection with N State Street and on the same block of the upcoming 1130 N State Street tower, the project looks to bring designer residences to the area. New developers Fern Hill, who is behind the upcoming Old Town redevelopment, and Calmwater Capital are working with architecture firm Lamar Johnson Collaborative on the design of the updated tower. 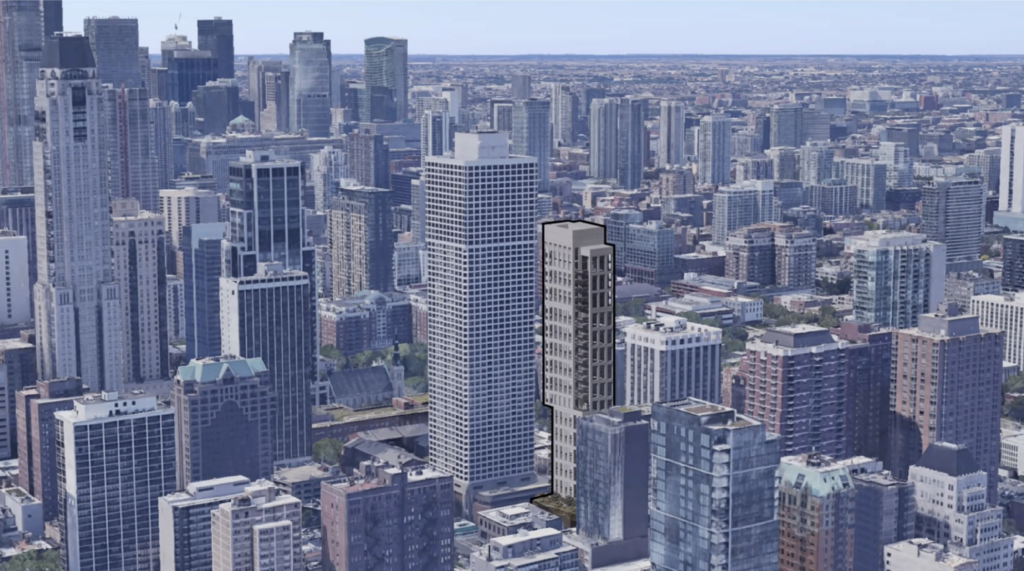 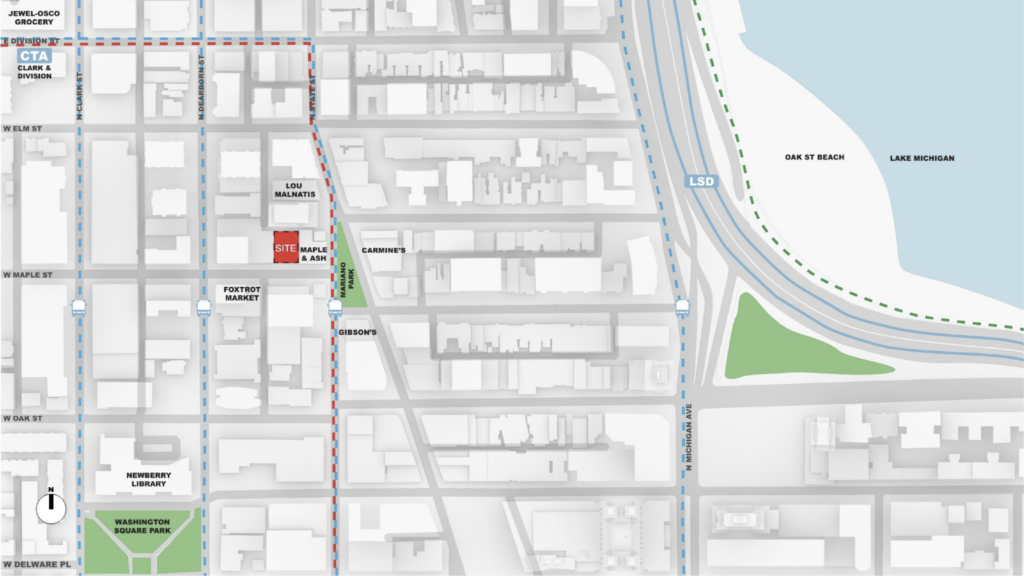 The site is currently occupied by a four-story, 20,000-square-foot commercial building that was built in 1991 and holds no historical significance, unlike the adjacent empty lot also included in the proposal which once held a historical Queen Anne Rowhouse. This was demolished for the original iteration of the development which was brought forward by David Pisor, partial owner of Maple & Ash eatery next door, and designed by architects Booth Hansen; this 22-story tower would have delivered 12 large units, topping out at 330 feet in height. 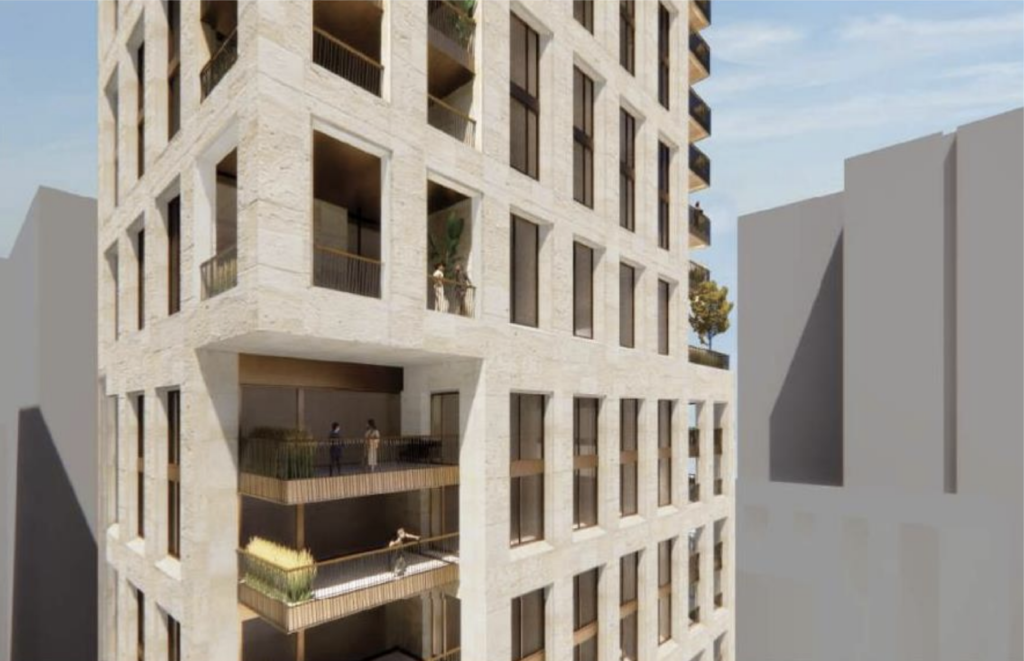 The new proposal sheds some of the previous amenities like a restaurant, private club, room service, and housekeeping for a taller, purely residential project on the site which is zoned for up to 88 units. The now 34-story tower will rise up to 449 feet in height and contain 54 condominiums made up of predominantly two-bedroom layouts averaging 1,330 square feet, and three-bedroom floor plans ranging from 1,936 to 2,315 square feet. The last remaining levels will be occupied by four full-floor, 3,035-square-foot penthouses which are capped by a single 6,070-square-foot duplex-penthouse; all residences will have private terraces. 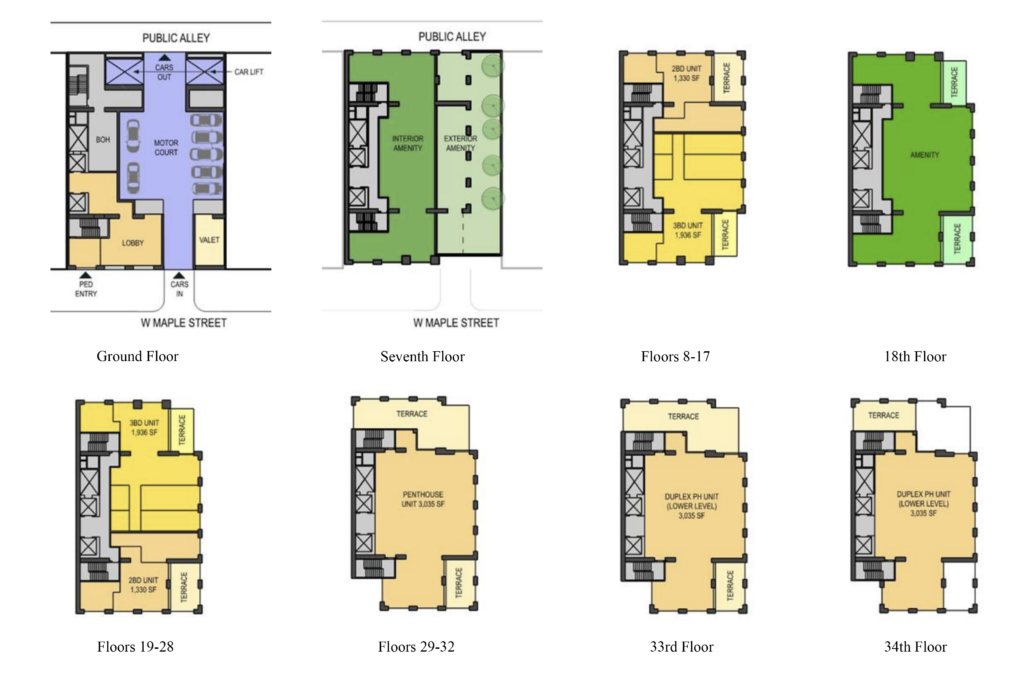 The first floor will house a small lobby, elevators, and support spaces within the structural core on the west of the site, a large motor court that cuts through the building to the rear alley featuring two vehicle elevators to the parking garage above, along with a small valet house to operate the service. The garage itself will occupy all of levels two through six and hold 81 spaces, a ratio higher than the required for the proposal. Residents will have access to a large amenity space with a rooftop deck on the seventh-floor setback, as well as on the 18th-floor with smaller terraces. 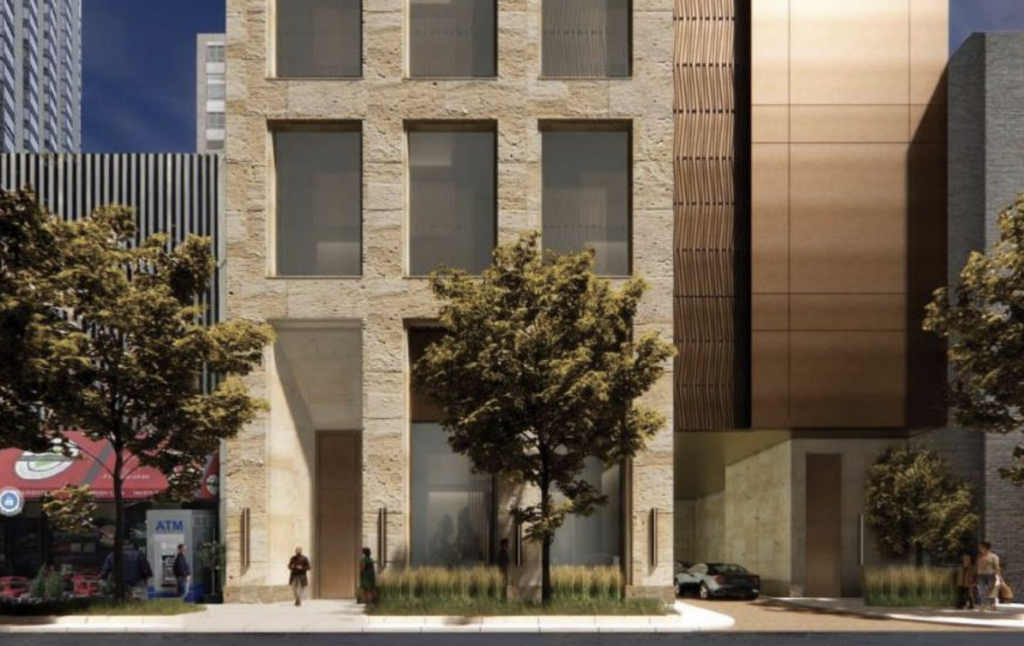 While much of the interior is still in development, with no specific use for the amenity spaces or floor plans for the penthouses being included in the presentation, the exterior has been relatively flushed out. The building facade would be a heavily pronounced grid with rectangular punched-in windows and balconies that break up the overall massing. The podium levels of this would be clad in natural limestone and copper-colored metal panels, while the upper floors would use a similar colored cast stone along with bronze-colored windows and railings, capped with a large crown disguising the mechanical equipment. 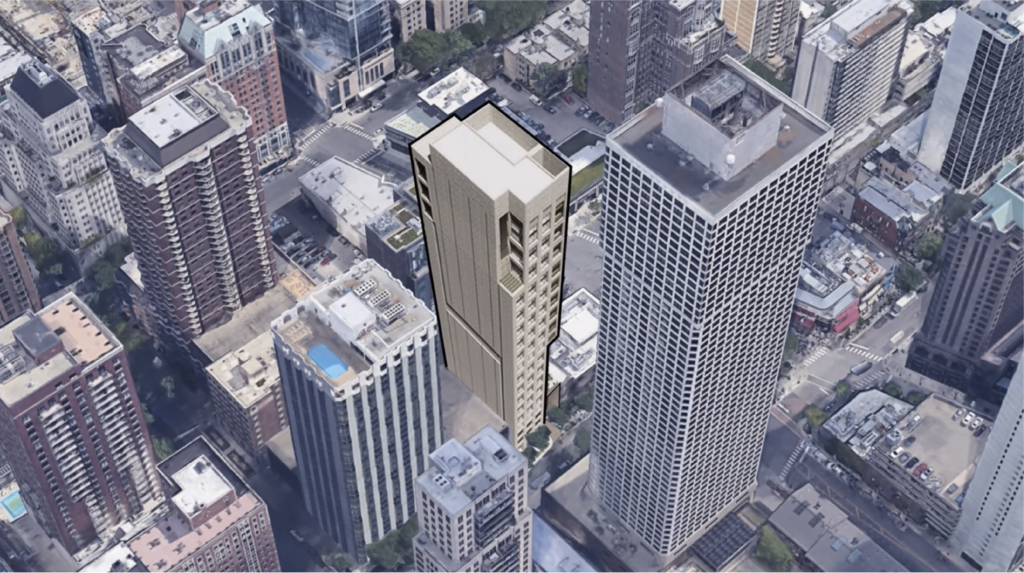 Comments on the design came from the committee members after the presentation with many focusing on the motor court and its flow of traffic, including the potential for a redesign hoping to address the usage of the rear alley as an exit as well as the amount of parking spaces provided in the transit rich area. Other comments ranged from the proposed unit layout, sizes, and penthouses to discussion on the exterior material, its contextual ties to the neighborhood, change as the tower rises, how it would hold up, and the large blank wall facing west following the structural core. 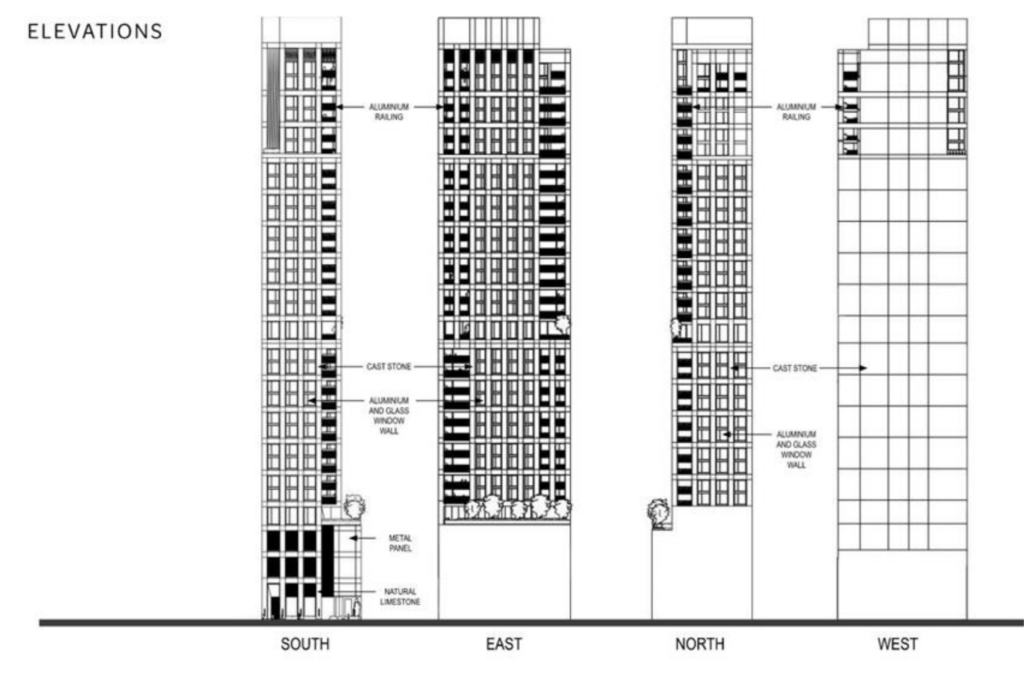 The concept is quite unique to Chicago where more broad shorter towers are the recent norm, the exterior also breaks away from the common curtain wall facade most developments currently use. Prices for the condominiums have not yet been made public, but if priced similarly to new builds in the surrounding area they could go for anywhere between $1.8 to $8.1 million according to Crain’s. The proposal will now need to take back the comments from the Committee and derive which to include as it moves forward with its design and permitting process, at the moment a formal groundbreaking date has not been announced.