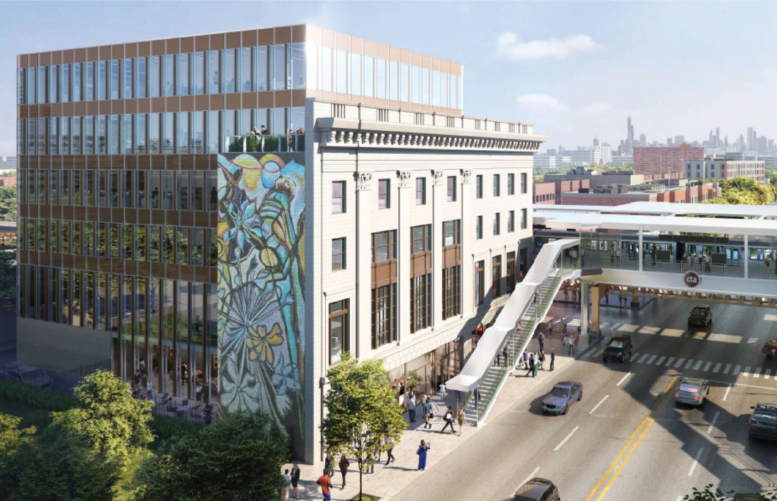 Initial plans have been revealed for a mixed-use development within the walls of the existing Washington Park National Bank building at 6300 S Cottage Grove Avenue in Woodlawn. Located on the southwest corner with E 63rd Street directly adjacent to the CTA Green Line terminal station, the historical structure has fallen into deep disrepair from years of sitting vacant. Developers DL3 Realty have owned the site for various years with their precious plans being proposed prior to the pandemic and having since changed, although local firm bKL Architecture remains as the project’s designer. 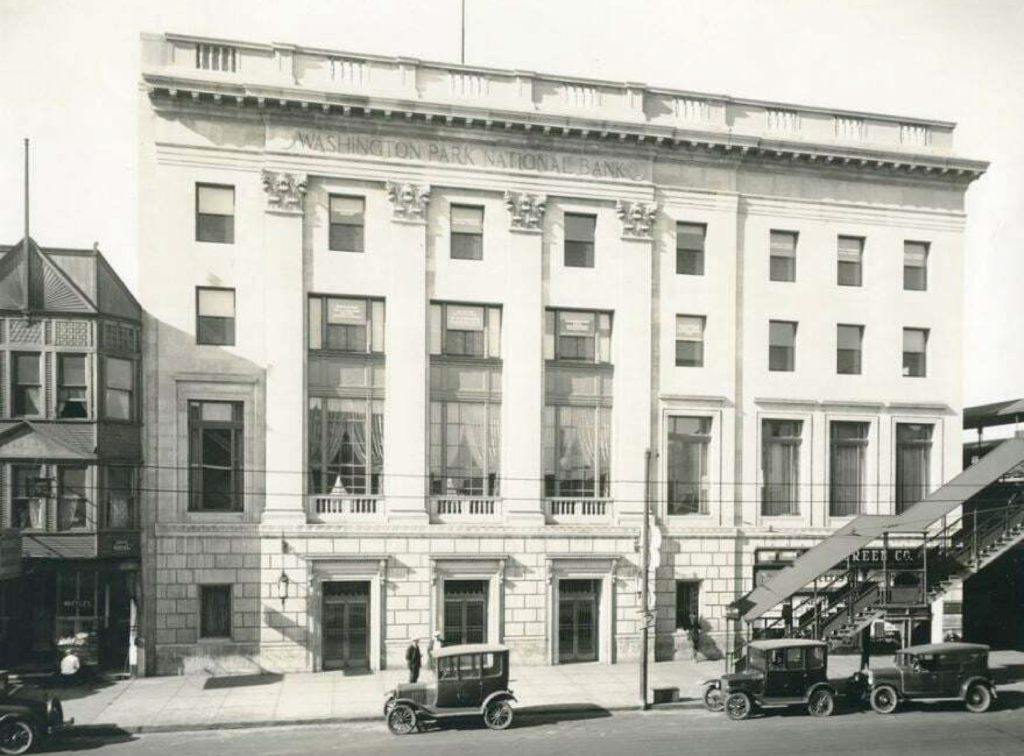 The four-story building was completed in 1924 and designed by architect Albert A. Schwartz, who also worked on other banks across the city. The Neoclassical-style structure meets its corners with sharp lines and is anchored by multi-story faux columns that delineate an entrance that has long been sealed. A large covered atrium used to sit in the center of the banking space surrounded by 60 office suites on the floors above; it has since collapsed along with most of the core. The ground floor once held four retail spaces with a Walgreens on the corner, all of which have long closed with a Rainbow clothing store most recently occupying the last operable space prior to closing as well. 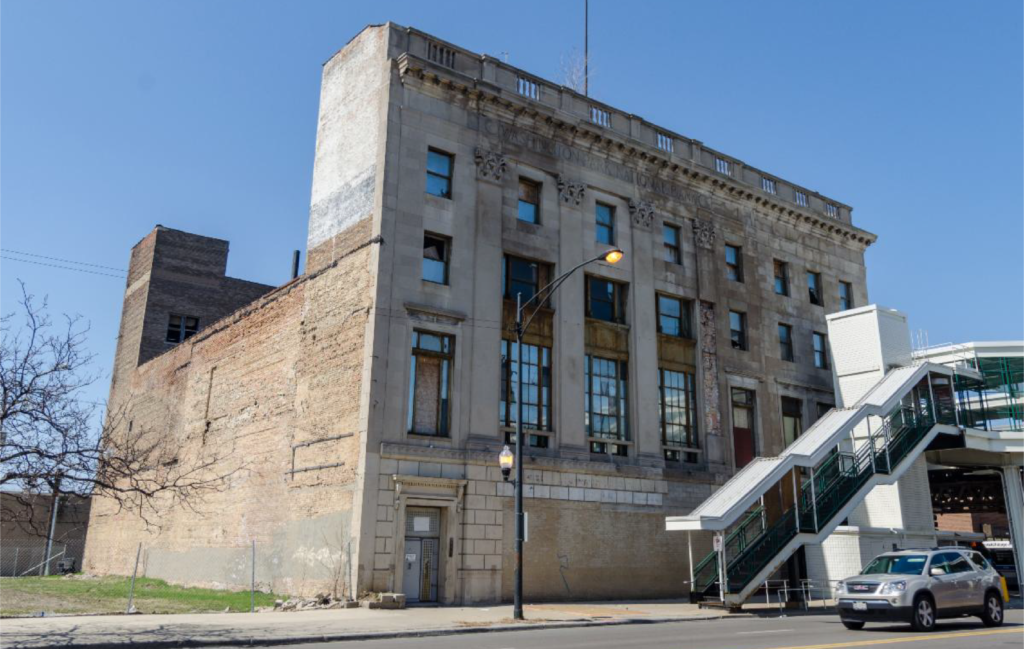 In 2019 the Cook County Land Bank took over the property leading us to today, DL3 originally proposed demolishing the whole thing and erecting a new multi-story mixed-use building. This was met with pushback from the community and was paused due to the economic situation following 2020. Now DL3 is back with a new plan that will preserve and restore the existing facade and build new full floors inside providing roughly 75,000 square feet of new office space, becoming the first Class A office building on the South Side in 30 years according to the Sun Times. 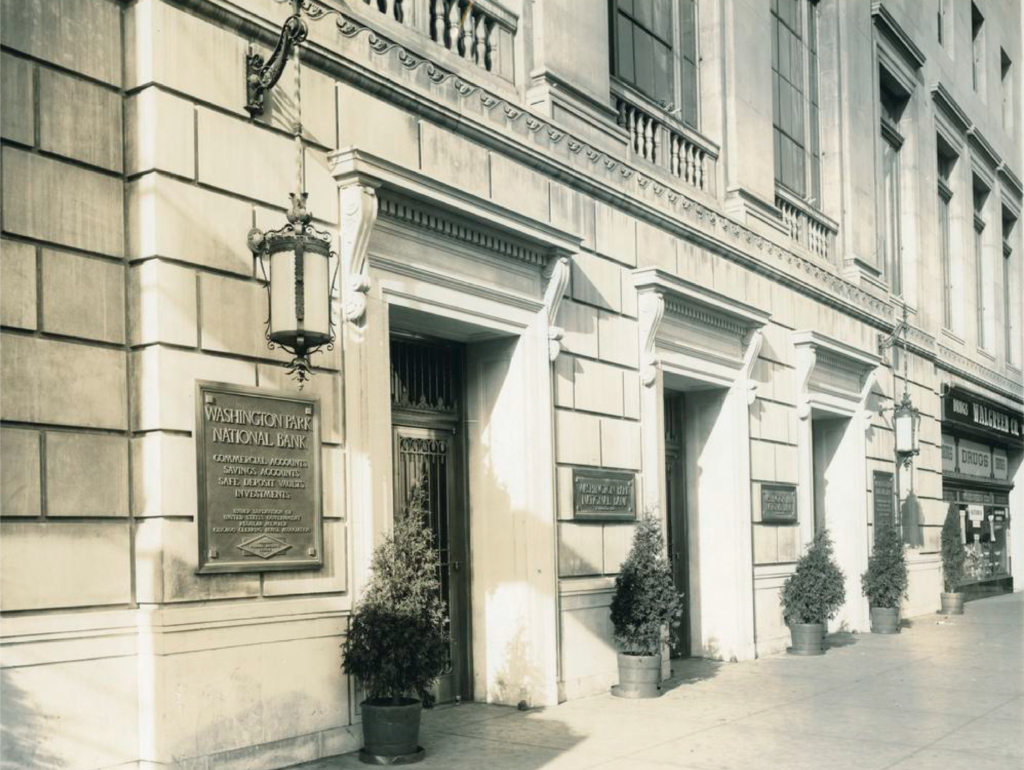 The six-story inner building would be set back from the original facade allowing it to hide from street level, with a glass and panel finish on the remaining sides. The historical exterior would have its stone restoresd, windows replaced, new ground-floor storefronts installed, and be anchored by a new commercial tenant which neighbors hope is a restaurant or potentially a new bank branch. A meeting presenting further details to the community will be held before the end of the month, with developers hoping to break ground on the work later this year with an anticipated completion in 2024 in time for the nearby Obama Presidential Center.