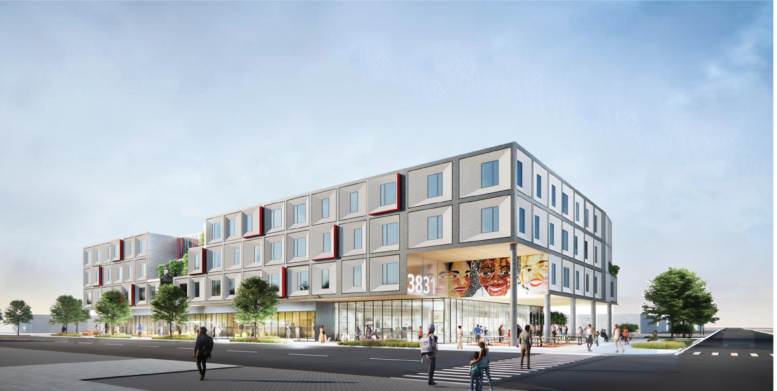 Updated details have been revealed for the mixed-use development at 3831 W Chicago Avenue in Humboldt Park. The project went in front of the Committee on Design earlier this month where the designers presented their concept to a panel of local architects. The new structure will replace an empty lot and three-masonry clad industrial buildings on the corner with N Avers Avenue. Developer 548 Development was present on the meeting along with designers Lamar Johnson Collaborative, both of which have had previous experience in affordable housing and Invest South/West proposals. 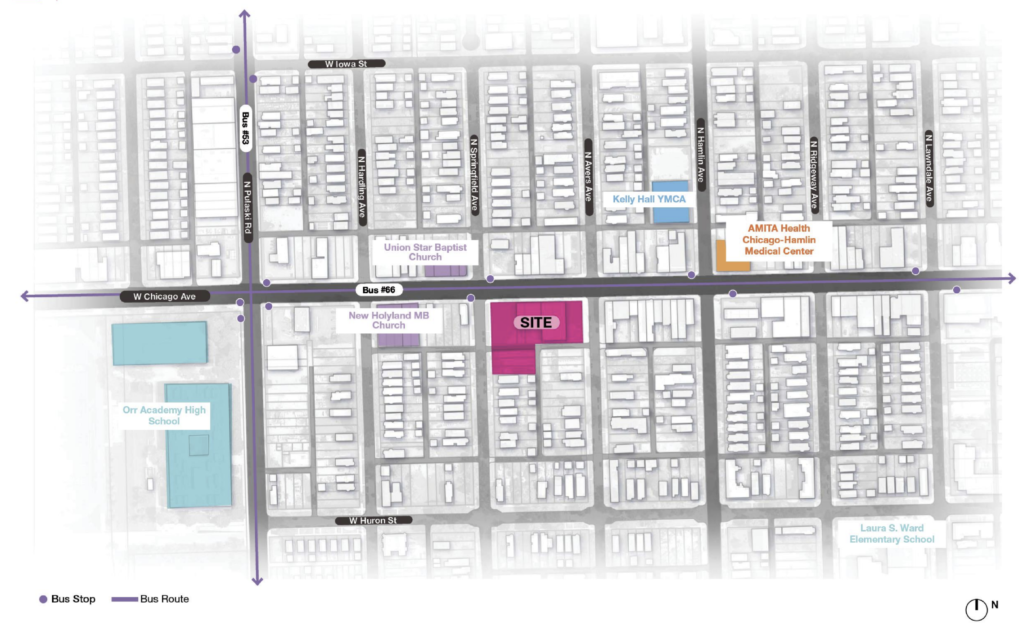 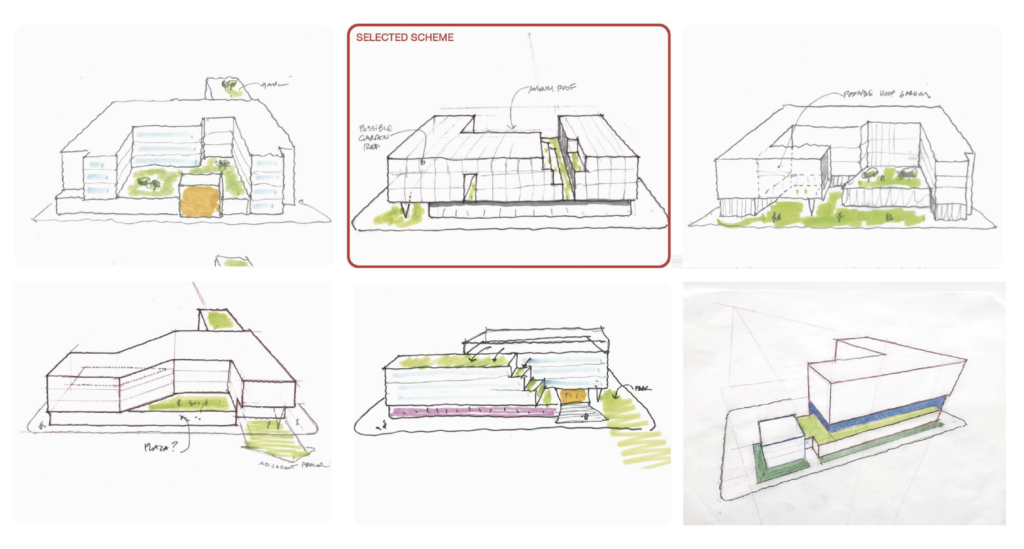 News on the project broke earlier this month but we now have more information on the more finalized proposal. Lamar Johnson Collaborative took inspiration from the concepts of topography, carving craftsmanship, and gatherings to develop the current design, this came through the form of multiple massing studies on how to maximize the site for public and private use. This led to the building hugging one end of the lot to allow for a large public plaza, the use of permeable pavers and landscaping to create flexible community spaces, and a linear massing broken up by terraces to allow for outdoor space and reference the area’s cultural heritage. 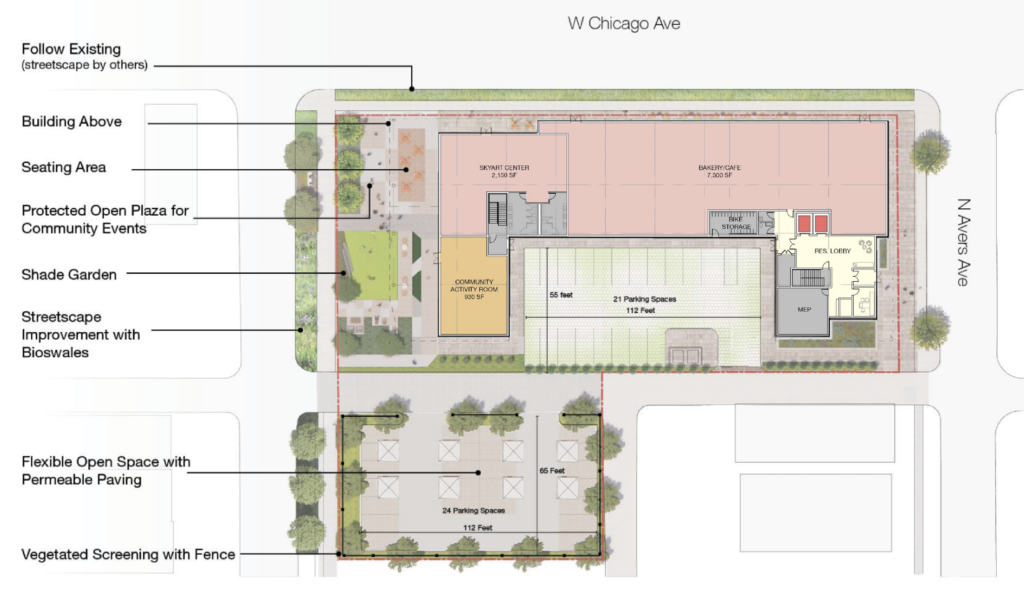 The building itself will rise four stories and 47 feet tall, with a mechanical penthouse reaching the 60-foot mark. The ground floor was designed with the community in mind, the structure will hug N Avers Avenue with the residential lobby, a 7,300-square-foot commercial space for a grocery store/cafe, a 2,150-square-foot space for a new Skyart center, and a large community room. The adjacent aforementioned plaza will feature permanent landscaping elements and seating areas, these will be complemented by a 24-space parking lot in the rear with permeable pavers that can be used for events.

A similar 21-space lot will be built at the center of the U-shaped building which will also have the ability to be emptied and used for other purposes if need be. This level came with comments from the committee in regards to moving the residential lobby to the plaza side to activate the outdoor areas including the rear lot that should become a permanent recreation space. Other comments were made in regards to the residential floors above such as the dislike towards the long corridors and walking distance from the elevators, and the desire for larger private outdoor decks for residents to use. 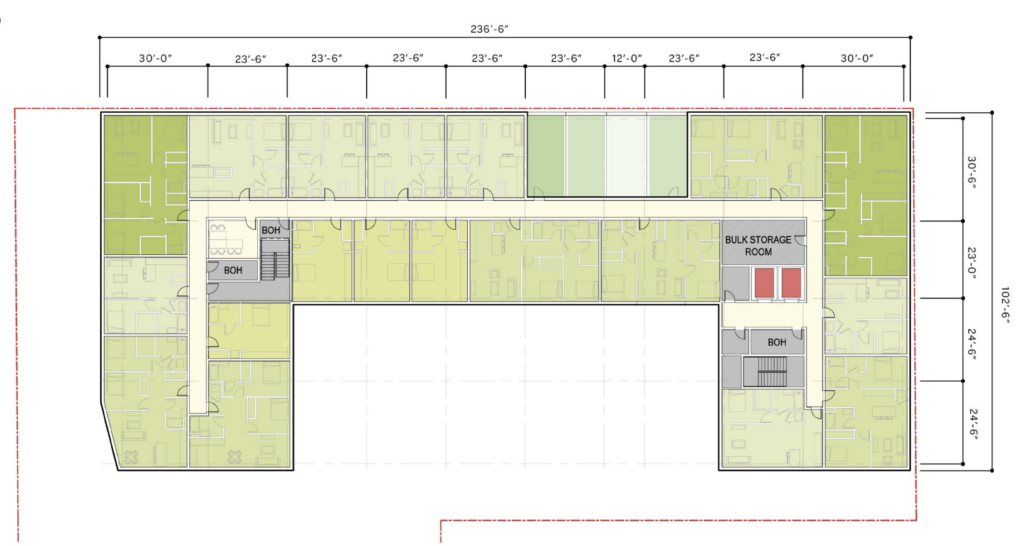 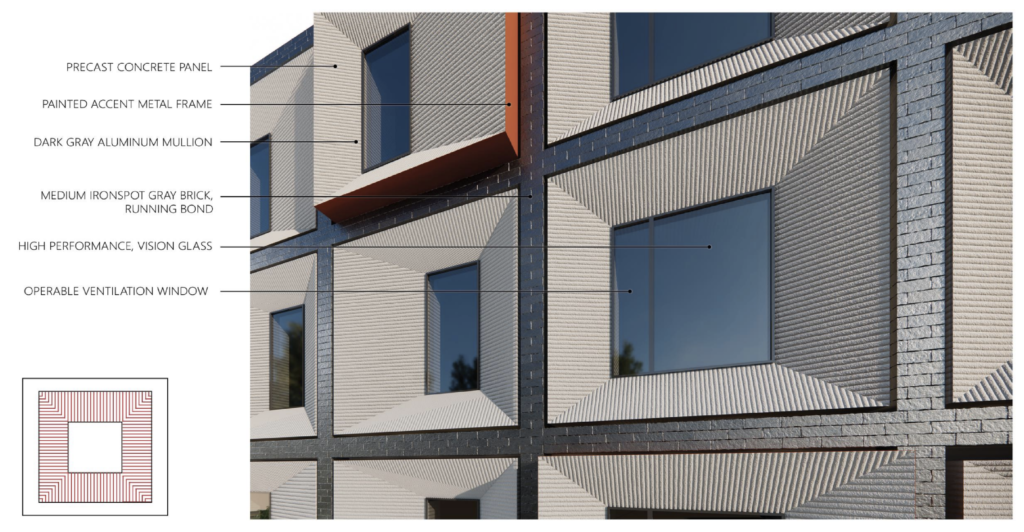 The building facade is meant to mimic the patchwork and mosaics often found in Humboldt Park, this will be achieved through white inset and pop-out prefabricated pieces with accent color metal panels, all surrounded in gray brick. Funding for the project is still being applied for while the proposal will now have to move through the standard approval process prior to starting construction. Work is anticipated to begin in the fall of this year with a mid-2024 completion date.