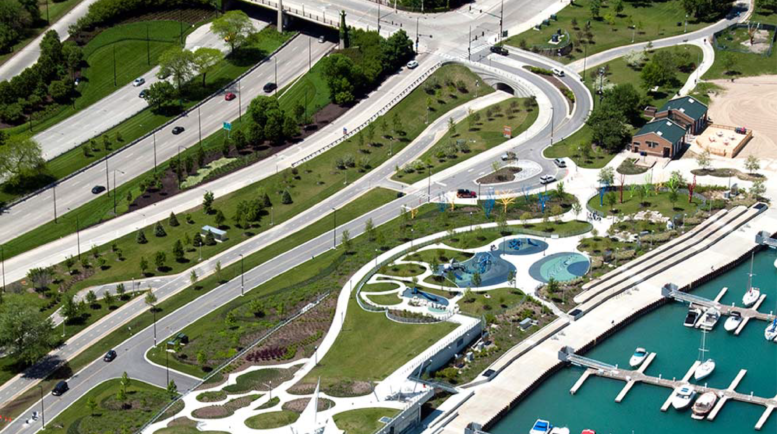 Initial details have been revealed for the redevelopment of the public areas of Margaret T. Burroughs Beach at 3100 S DuSable Lake Shore Drive in Bronzeville. Most commonly known as 31st Street Beach, the updated plans come after a multi-year delay on the project which will tie in with the adjacent harbor. The redevelopment is being led by the Chicago Park District who is working with local firm Site Design Group on the new structures that will benefit from The Bronzeville Lakefront megadevelopment. 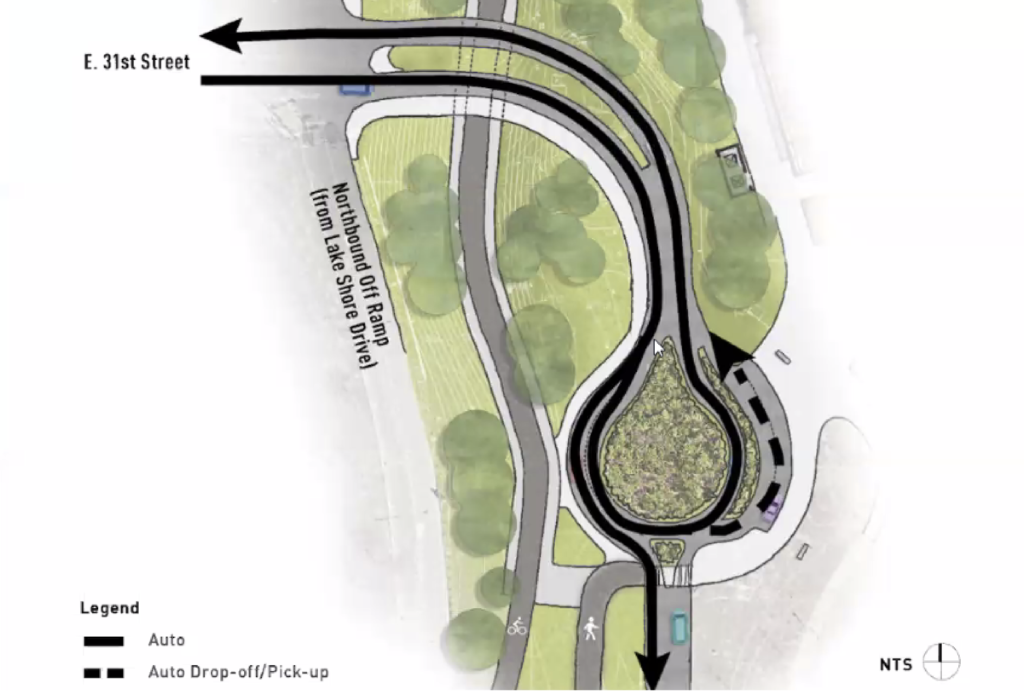 The beach is part of the larger 29.75-acre Margaret T. Burroughs Beach and Park named after the founder of the DuSable Museum of African American History. The current beach features two small buildings for concessions and rentals along with a small outdoor deck that gets plenty of use with 40,000 annual visitors. The first part of the proposal is a new drop-off/pick-up loop from 31st Street which will also benefit incoming traffic for the existing harbor and is being designed with local groups to minimize the impact on the Lakefront Path according to Block Club. 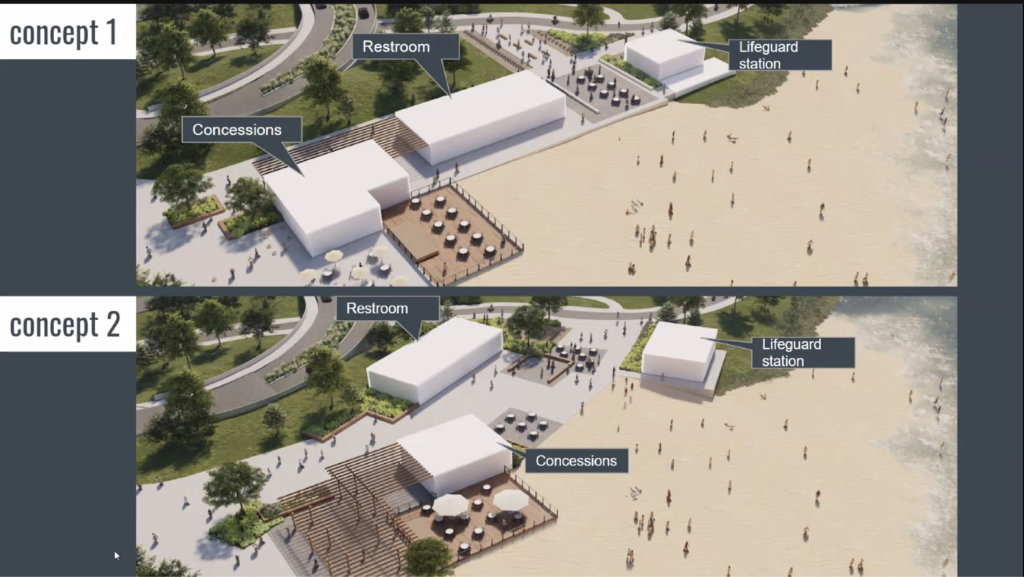 Although the design is still being worked on, the first two-options for site layout have been revealed, both will demolish the small existing structures and replace them with three larger buildings with a new lifeguard station furthest north, restroom building in the middle, and a new concessions building furthest south. Both designs feature a larger outdoor deck, trellis shading system, added seating capacity, landscaping, and connections to the existing road, with their arrangement being the main difference.

Beach-goers can access the park via a five-mute walk to CTA bus Route 31 nearby and give their feedback on the design via the 4th Ward’s office. At the moment the designs are preliminary and the Park District has yet to secure any funding for the project, but its presentation to the neighborhood signifies the project will be moving forward after a long delay.