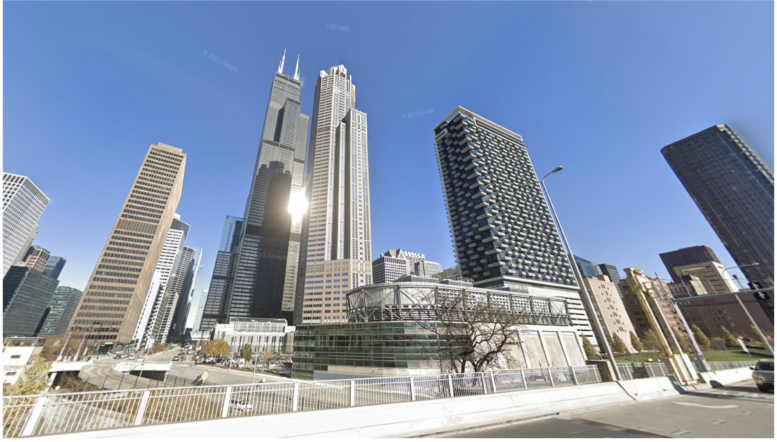 The Chicago City Council has approved the rezoning for a potential commercial development at 401 S Wacker Drive in The Loop. The wedge-shaped lot is bound by W Van Buren Street on the north, S Franklin Street to the east, and W Ida B. Wells Drive to the south with the Chicago River being just west of the site. The property is currently improved with a large cooling plant and adjacent parking lot owned by Centrio Energy, who began serving the Chicago area in 1995 under their previous name Enwave. 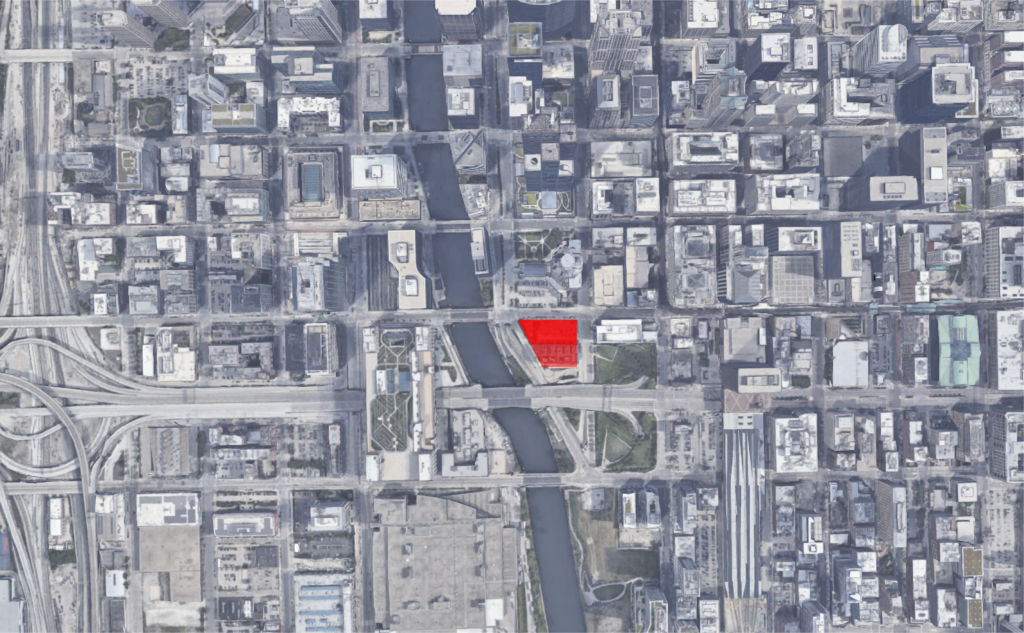 Centrio Energy was recently purchased for $4.1 billion by Australian-based QIC and US-based Ullico, taking over all of their operations across multiple cities including Los Angeles and Denver. The facility operating on the site is North America’s largest ice thermal storage facility, creating ice at night in order to cool water within a loop which is sent back to buildings across the five-plant system; cooling over 100 buildings and 48 million square feet including the Old Post Office. 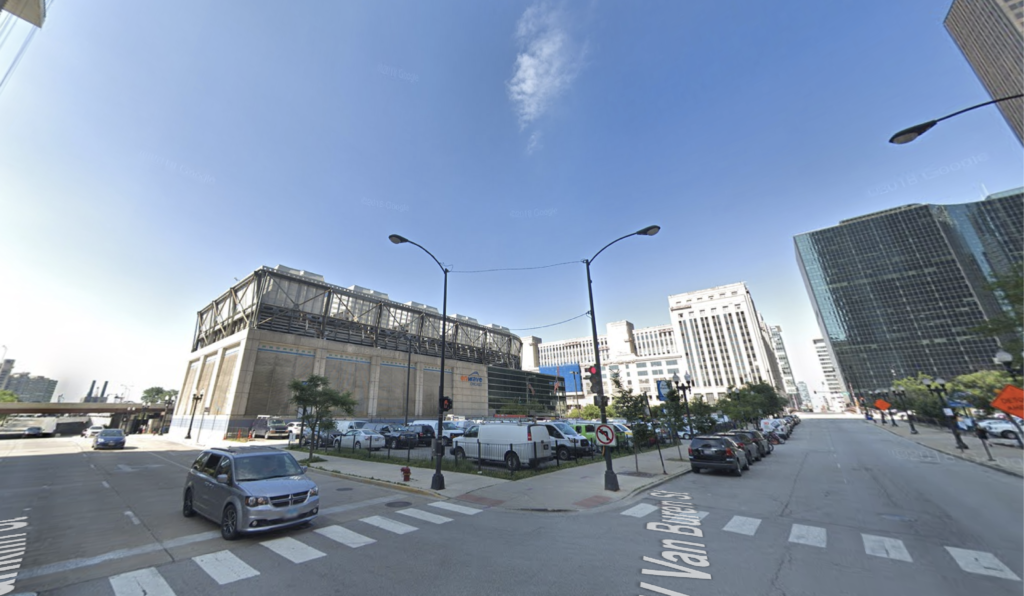 The remainder of the 57,937-square-foot lot is occupied by a parking lot which could be potentially replaced by a new commercial high rise. The approval allows for the rezoning from a Planned Development, normally given to utility plants, to that of DC-16 Downtown Core District. This would allow the company to build a 35-story structure with 80 vehicle parking spaces listed on its application, with the tower having an overall Floor Area Ratio (FAR) of 16. 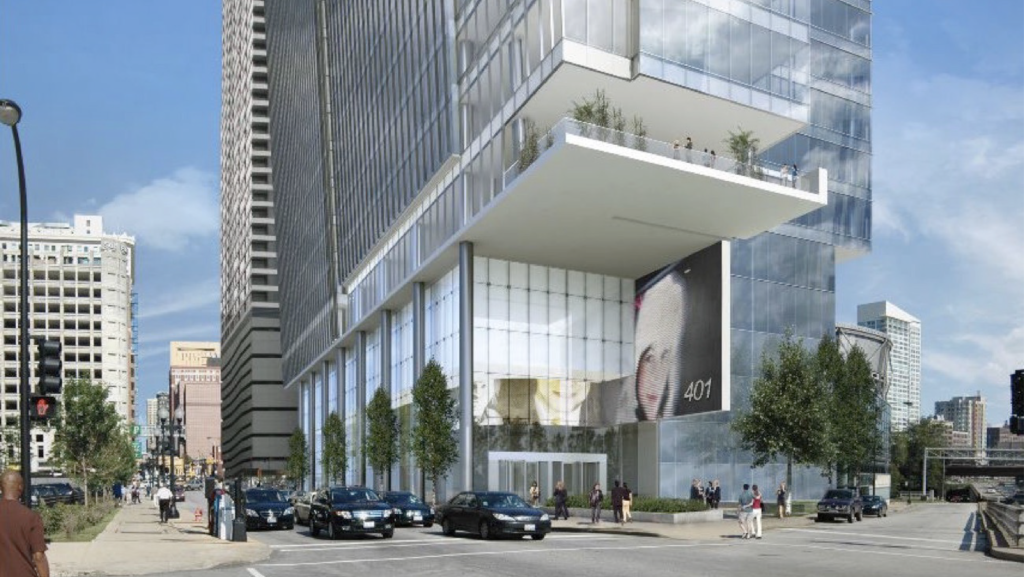 While there is no design information for the project, there are renderings from a similar design on the site submitted over a decade ago depicting a glass and metal-clad building. Although the company has not released any formal information on its plans, the rezoning could be used to prepare the part of the site to be sold to a developer with a pre-approval in an area that has seen the success of the Old Post Office, opening of two hotels, and a fully redesigned Willis Tower visitor center.