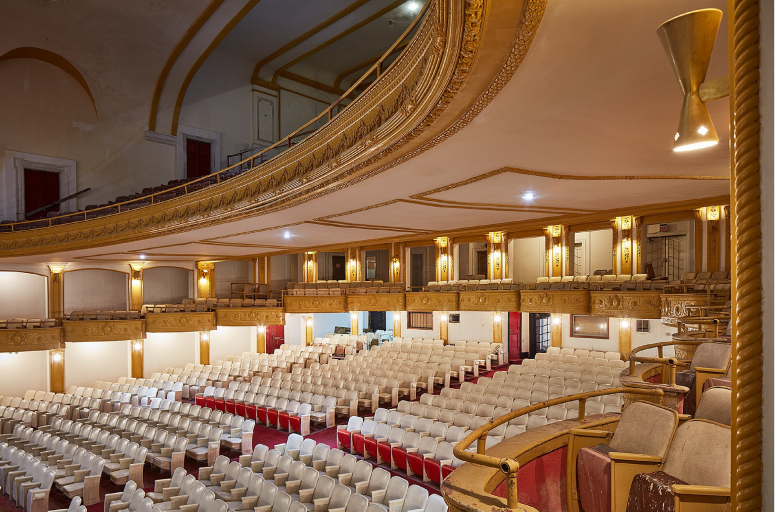 Preservation Chicago has released its yearly list of the most endangered buildings in Chicago for 2022 spanning multiple neighborhoods. In its 20th year, the list outlines eight buildings at risk for demolition in the city that contribute towards Chicago’s architectural legacy and were announced by the director of Preservation Chicago Ward Miller. 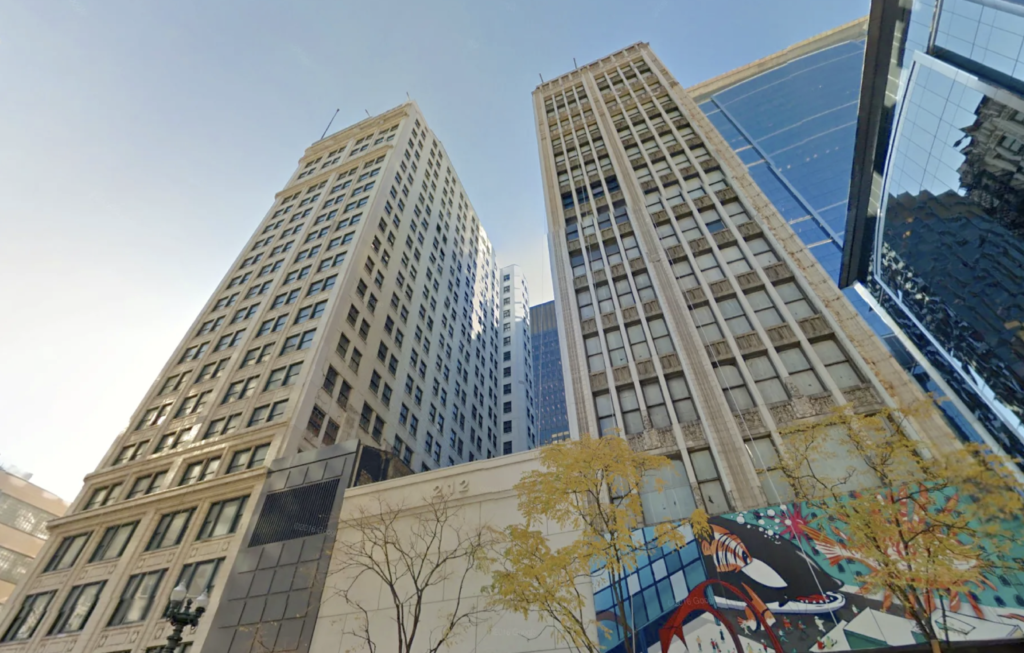 The Century Building And Consumers Building via Curbed Chicago

The Century Building And Consumers Building

The two buildings located right off of State Street were once part of a renovation plan which was canceled due to security reasons with their location next to Chicago Federal Center. The buildings used to house small businesses, offices, and showrooms before closing in 2005. Located at 202 and 220 S State Street, the two Jenney, Mundie and Jensen Architects-designed projects could be demolished for future downtown projects. 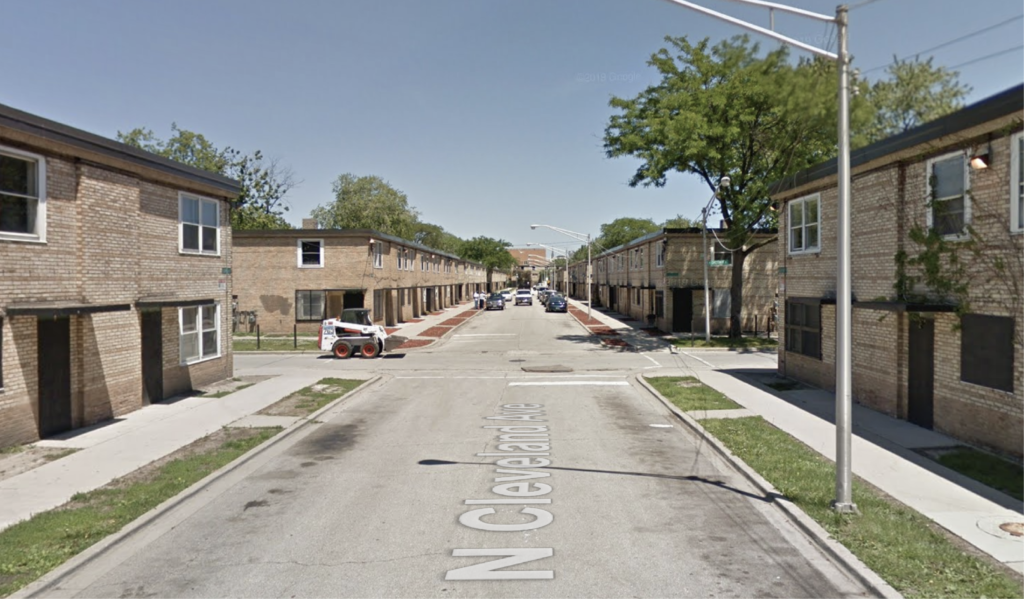 Chicago is long known for many of its influential public housing projects, many of which landed in this year’s endangered list including the Cabrini Green Row Houses, the Lathrop Homes, and Altgeld Gardens among others. The often-neglected homes of over 1,000 citizens represent many architectural styles and a long history of urban planning which will be highlighted in the future Public Housing Museum by Landon Bone Baker. Many of the sites are located within close proximity of downtown and face redevelopment with some already having plans announced. 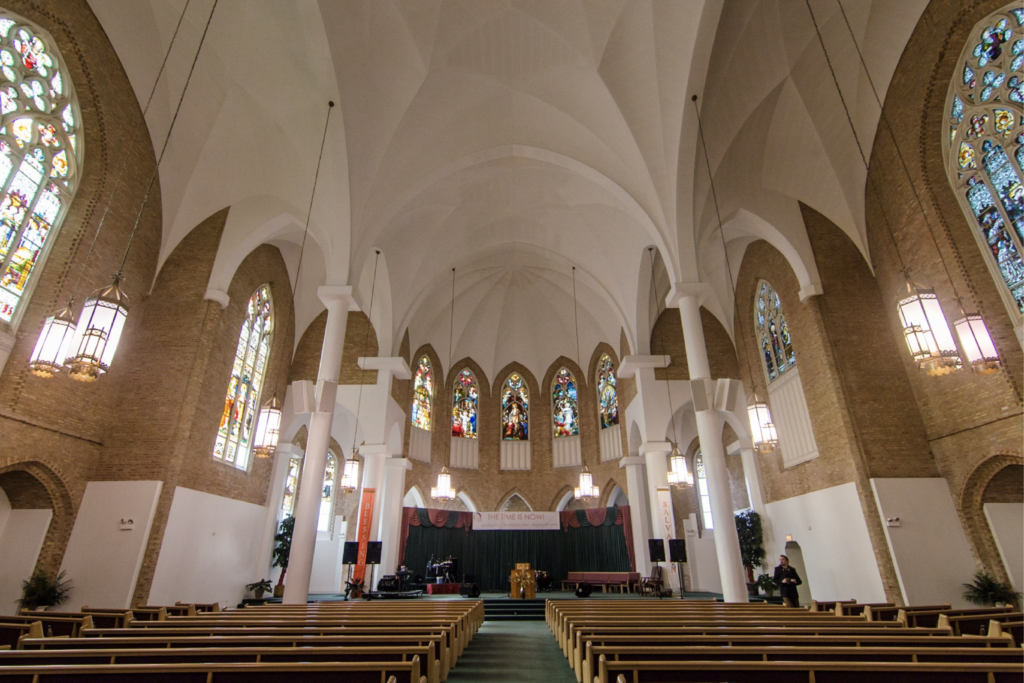 The 130-year-old church built in a Gothic style located on the South Side at 5848 S Princeton Avenue was built in 1895 and was designed by Henry J. Schlacks. Like many local churches, it had a diminishing parish before formally closing in 1989. Previous plans for the building included a small-scale art education center, exhibits, performance spaces, and retail spaces, however at the moment it is unknown what could happen to the structure. 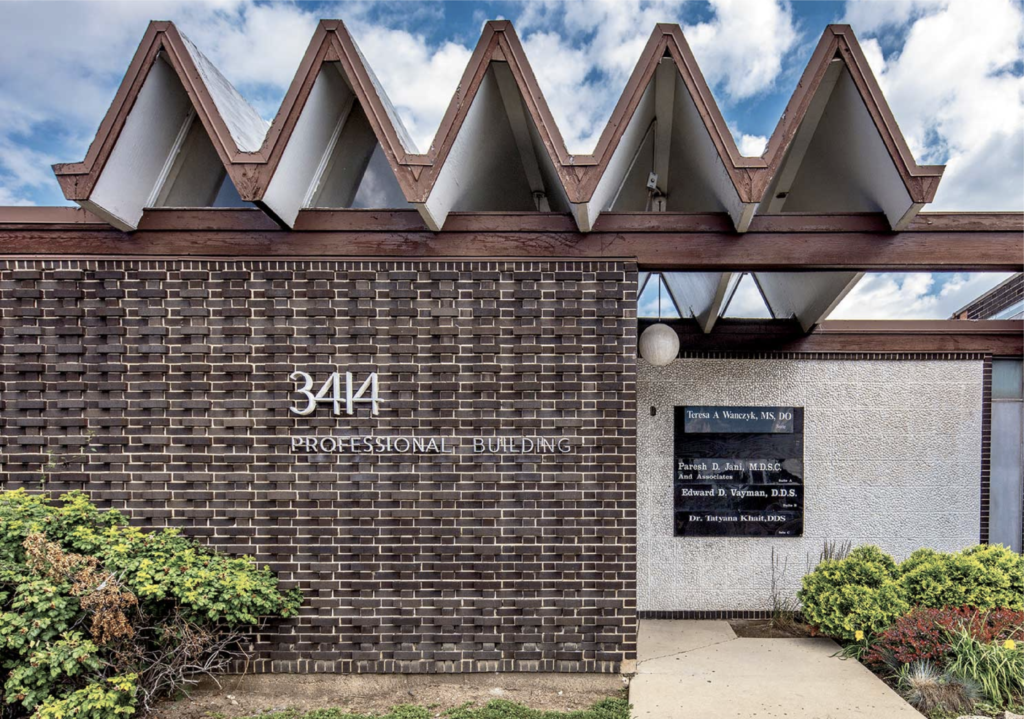 The long stretch of road has long been a piece of California in the Midwest in a post WWII Construction boom. The two-mile stretch has seen a lot of changes in the recent years and has been at the center of many debates on its preservation given its young age, from breeze-block to zig-zag roofs, the buildings along this road represent a style not common in the area. Its protection would represent a big save for structures built in the last century that are often overlooked. 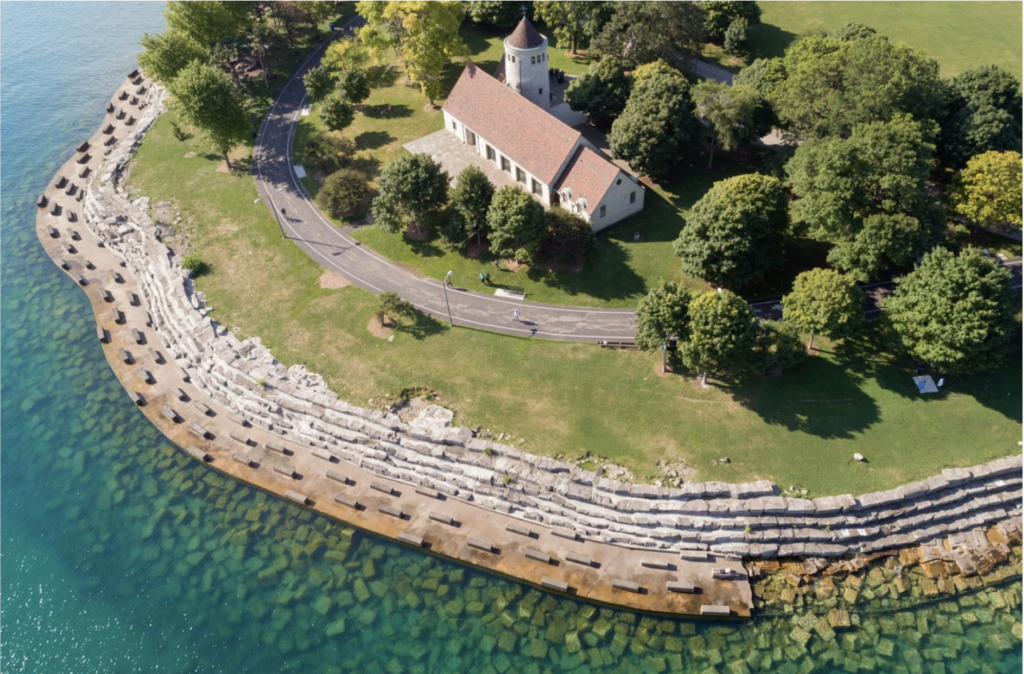 The Hyde Park shore area has been a point of contention as locals have called for the restoration of the original steps into the water, however this year a new lakefront study was approved to be carried out by the US Army Corps that will look into and fund its long term preservation but may see design changes. The area is constantly battered by storms and waves which have worn much of the waterfront and original foliage, plans for its reconstruction have been in the works since 1996. 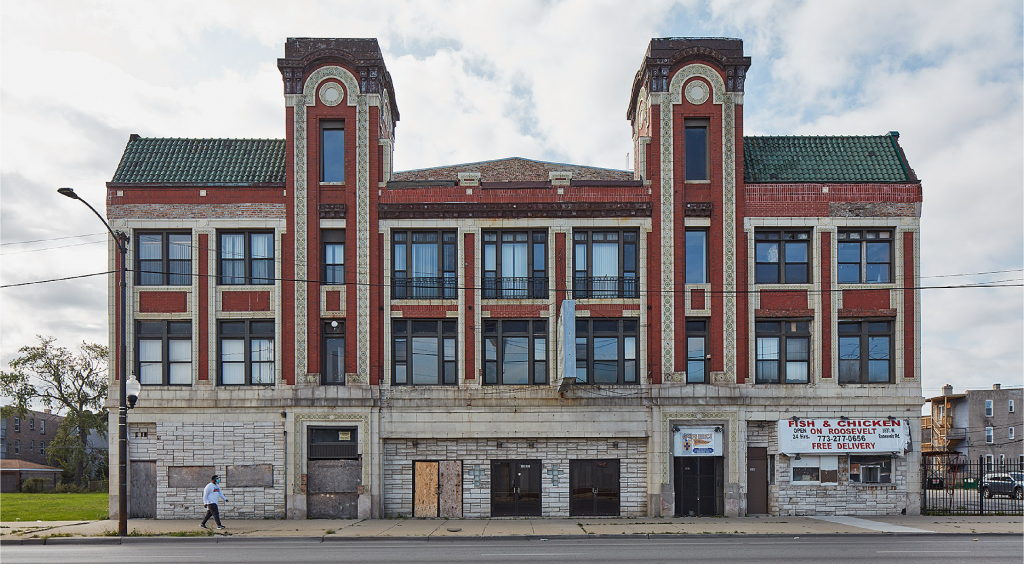 The historical theater built in 1917 was known for pioneering mechanical air conditioning in a movie palace and was the first collaboration between now famed theater architects Balaban and Katz who worked on the Chicago Theater a few years after. The 1,800-seat space has been used as a church most recently and is a vital piece of North Lawndale as it seeks to be re-invented for future generations. 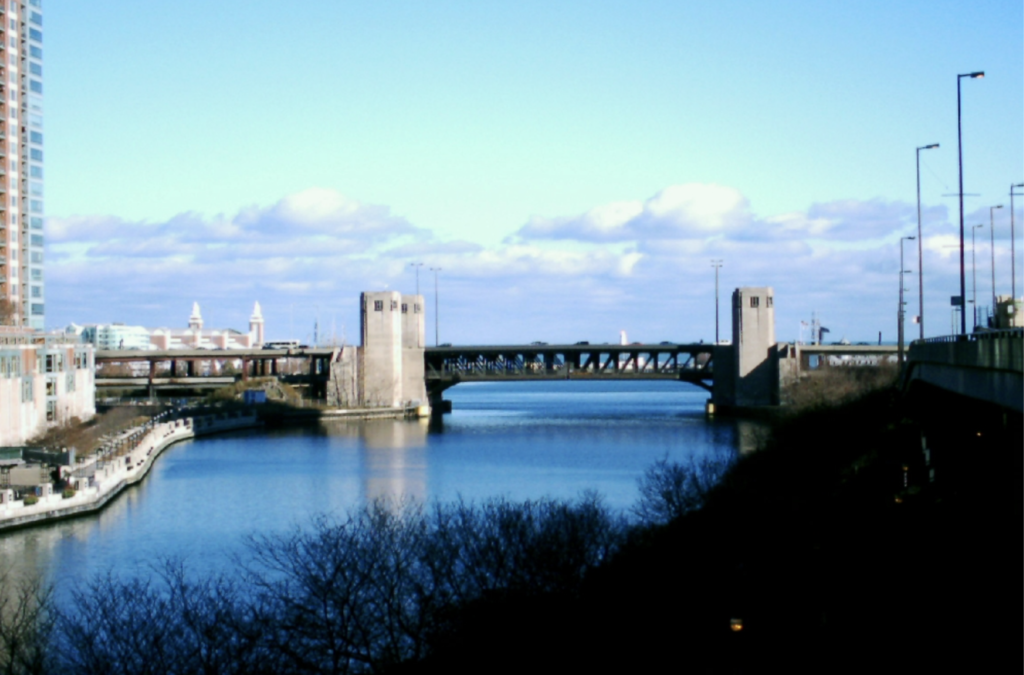 Lake Shore Drive over the Chicago River via Wikipedia

The famed Chicago roadway has long been a point of contention for many locals, from its coursing through the city’s 26-miles of lakefront parks and paths, to its traffic-inducing S-curve, the road has been the source of inspiration for many. However as time moves forward, and congestion rises it remains to be seen how it can be upgraded to conquer its modern-day traffic with the potential of it becoming an official highway and forever changing the lakefront asphalt we all have come to love. 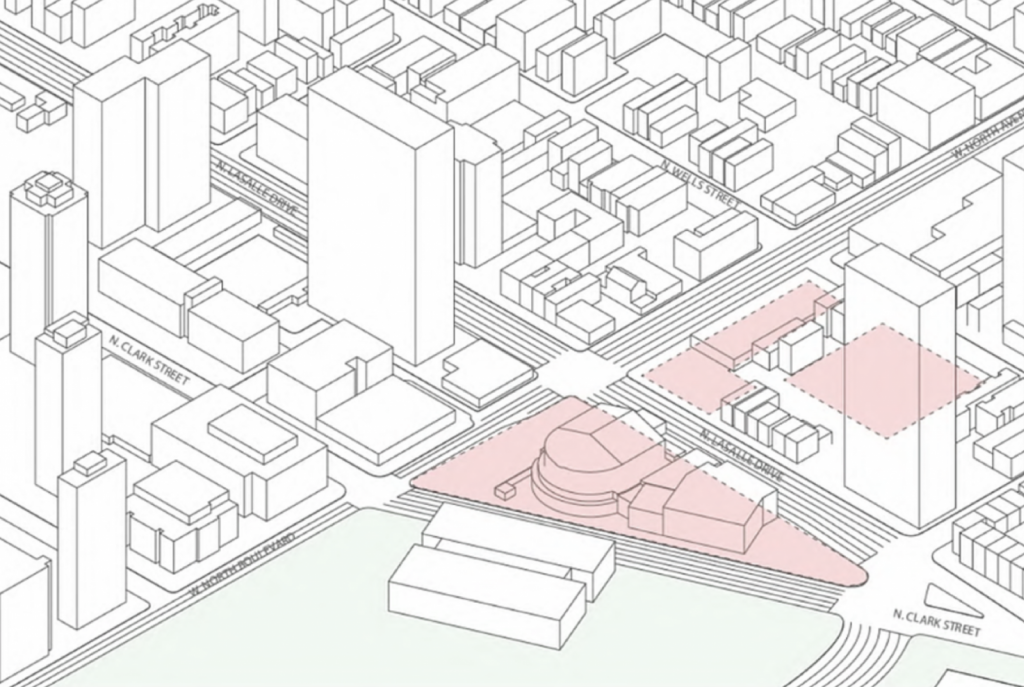 The Old Town area has been proposed for a new development led by Texas-based Fern Hill and designed by world-renowned architect David Adjaye. The process which has seen plenty of community outreach comments involves multiple parcels including the historical Moody Church Temple, two gas stations, a bank, and the old Treasure Island Grocery Store, although it originally included a Walgreens which has since pulled out of the project. 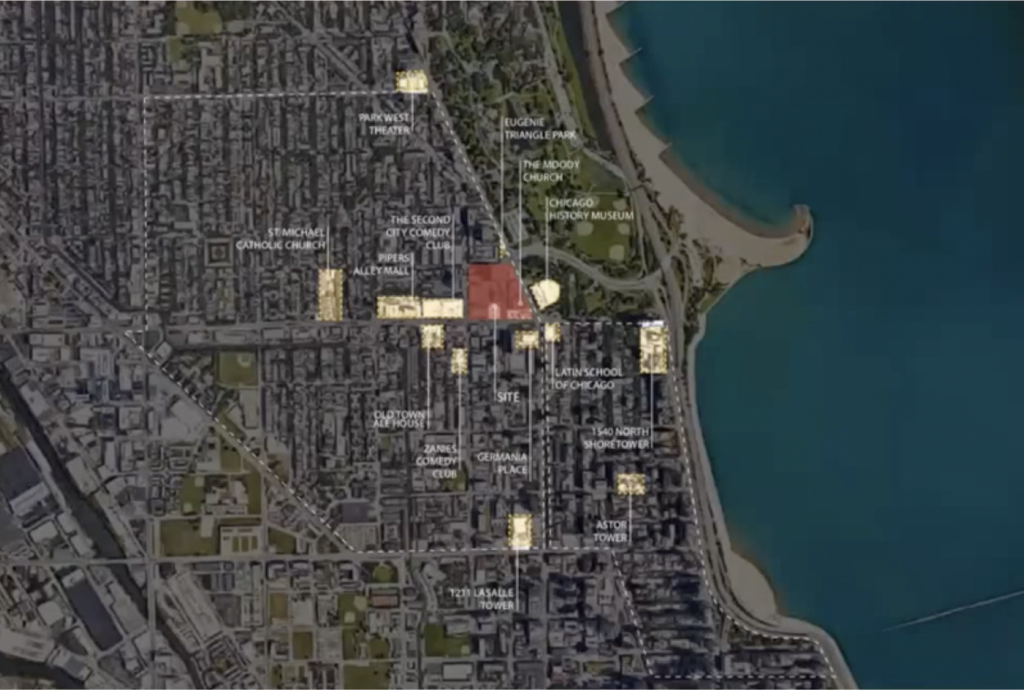 All of the mentioned structures, complexes, and ideas have long played a part in the integral identity of Chicago, and although they all can be improved and redeveloped, they can also be preserved as monuments to what have brought the city into the modern day. Not many of these have active projects going on aside from Promontory Point, some public housing parcels, and the Old Town structures which will be redeveloped. Citizens may voice their opposition to their local politicians and call for the saving of many of these projects along with an appropriate redevelopment that preserves their original character.