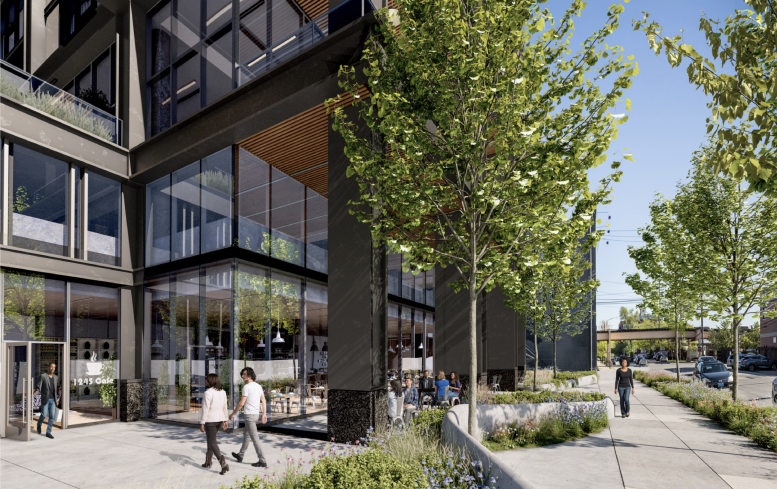 Rendering of Elizabeth Street entrance of 1245 W Fulton by HPA

The Chicago City Council has approved a new mixed-use development at 1245 W Fulton Market Street in the West Loop. Located near the intersection with N Elizabeth Street, the project comes to us from developer Sterling Bay with the design being led by West Loop local firm Harthshorne Plunkard Architecture. The approval green-lights the building to rise in the fast-growing neighborhood where some have called for a slowdown on new developments. 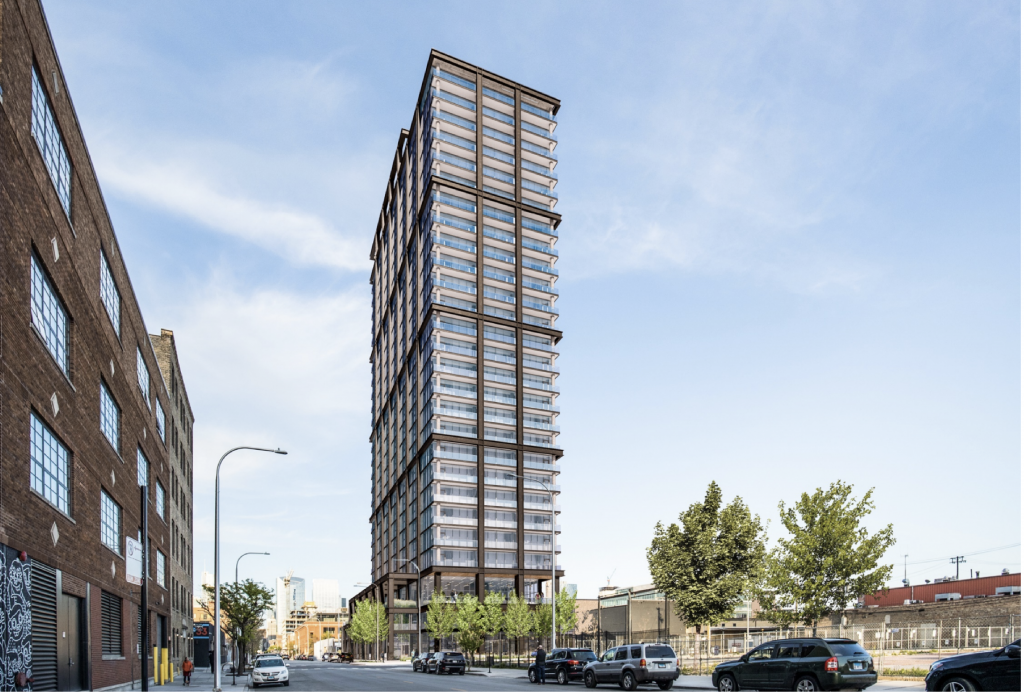 Having received Plan Commission approval last December, the tower saw an updated design which added three stories for a total of 28 floors, but remained with the same height topping out at 314 feet tall. Spread across those floors will be 350 residential units, 95 vehicle parking spaces, and 199 bicycle parking spaces along with multiple amenity spaces. 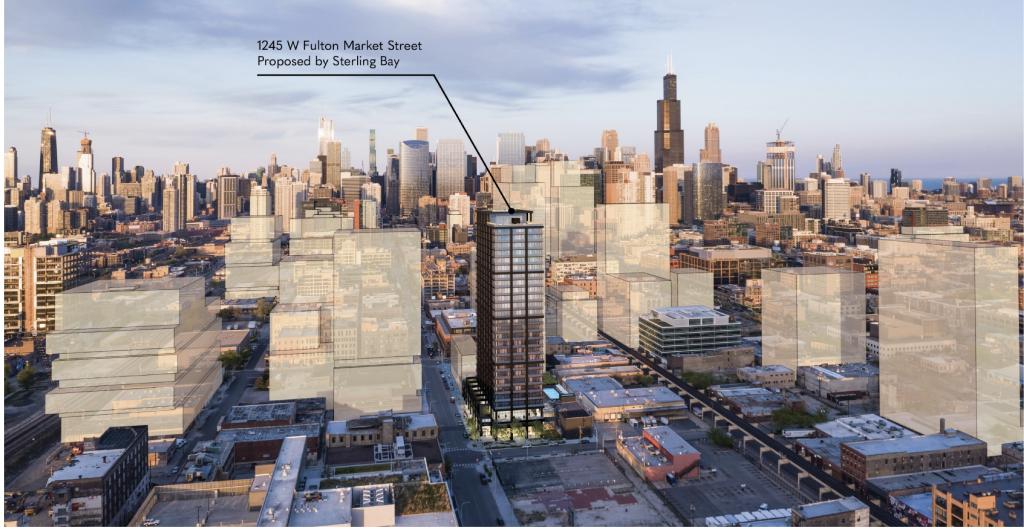 With the apartments filling the majority of the tower floor plates, they will be made up of 66 studios, 46 convertibles, 140 one-bedrooms, 92 two-bedrooms, and six three-bedroom layouts. Approximately 70 residences will be designated as on-site affordable, an increase from the original 35 planned, those will be split into 13 studios, nine convertibles, 28 one-bedrooms, 19 two-bedrooms, and one three-bedroom apartment, this will also help the developers towards their application for Low-Income Housing Tax Credits. 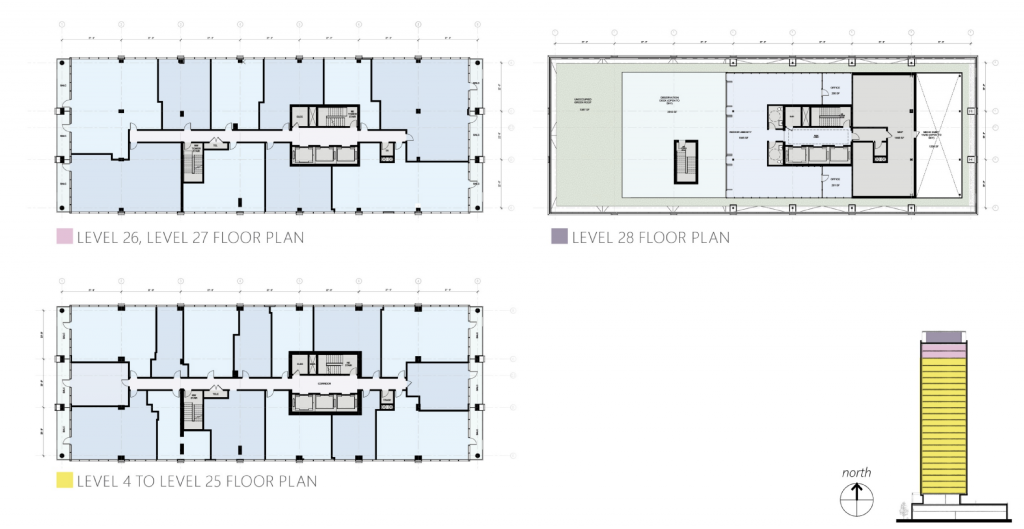 The ground floor will feature 9,615 square feet of divisible retail space along W Fulton Market Street with a small parklet and residential lobby entrance off of N Elizabeth Street, along with a third-floor outdoor amenity deck, this is in line with the recently approved Fulton Pedestrian Street. Other amenities include a 28th floor roof deck, outdoor pool deck, dog run, fitness center, library, and demonstration kitchen among others. 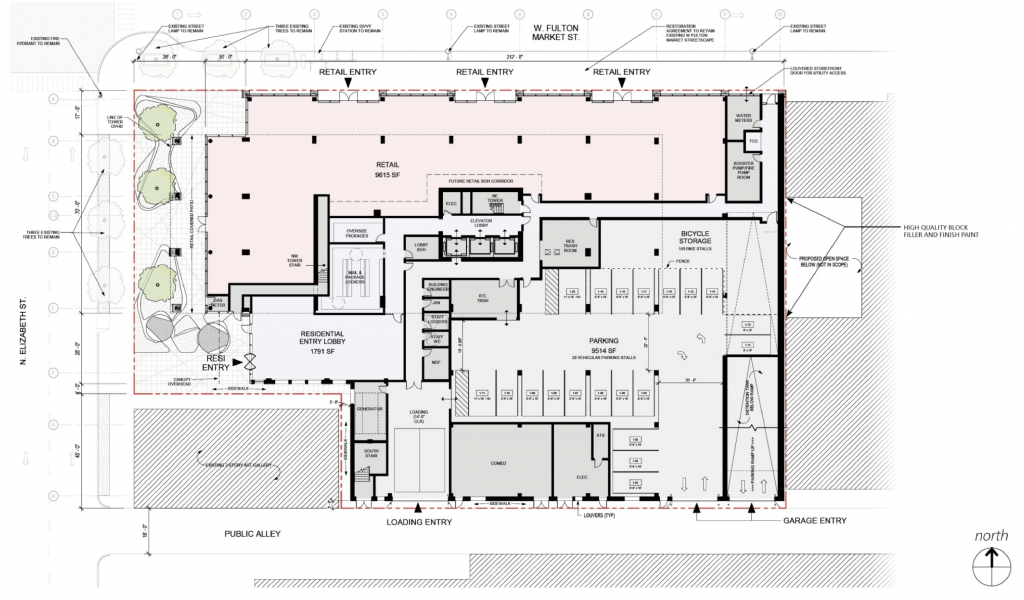 Future residents will have access to both CTA Green and Pink Lines at Morgan and Ashland stations via a nine-minute walk each, along with bus access to CTA Route 9 at the aforementioned Ashland station. The $110 million project is now free to apply for any necessary permits to begin construction, with Sterling Bay hoping to break ground on the structure in this first quarter of 2022.