Plans have been revealed for the redevelopment of an existing building at 5021 S Wabash Avenue in Grand Boulevard. Located just north of E 51st Street, the project site includes a large empty lot along with the aforementioned small structure. The project comes as the answer to a 2021 RFP by the city to help bolster the commercial presence near and on 51st, the winning entry dubbed ‘Soul City Kitchens’ is being led by Urban Equities with local design firm SmithGroup re-imagining the lot. 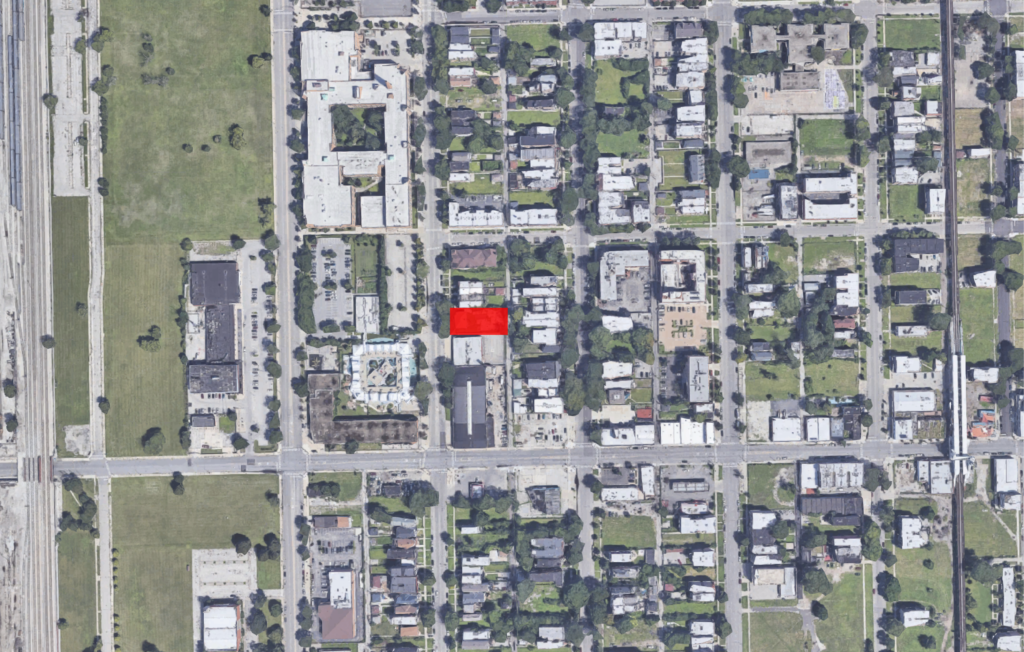 The existing 1,500-square-foot, Prairie Style building opened in the 1910’s and operated as a streets and sanitation facility and is orange rated, meaning it contains architectural significance to the area and has a delayed demolition order. After many years of neglect it will require extensive repairs and the site will need to have a heavily damaged 7,000-square-foot parking lot removed. Overall, the 11,795-square-foot two-parcel lot is valued at $90,000 but will be sold to the developer for $1 as part of the deal. 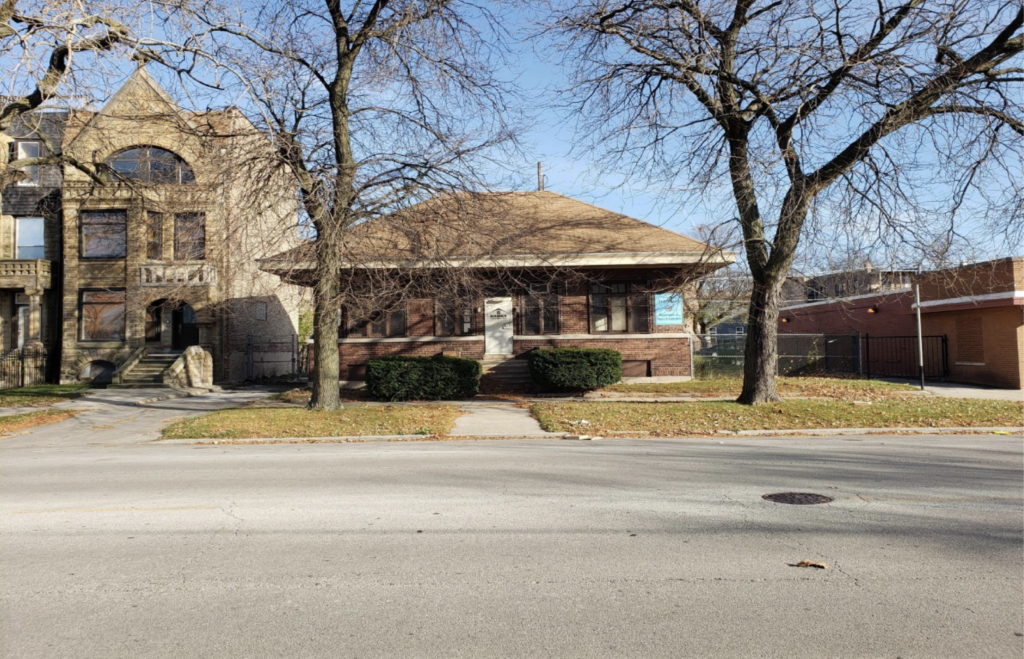 In its place a new 8,000-square-foot food hub for entrepreneurs will be built, including restoring the existing building and expanding onto the empty lot with new parking spaces in the rear. Inside will be shared commercial cooking facilities, a test kitchen space, individual kitchen cubicles all of which will emphasize daylight, freezers, coolers, a communal dining room within the existing brick building, and storage spaces that will be rented on an as-need basis. 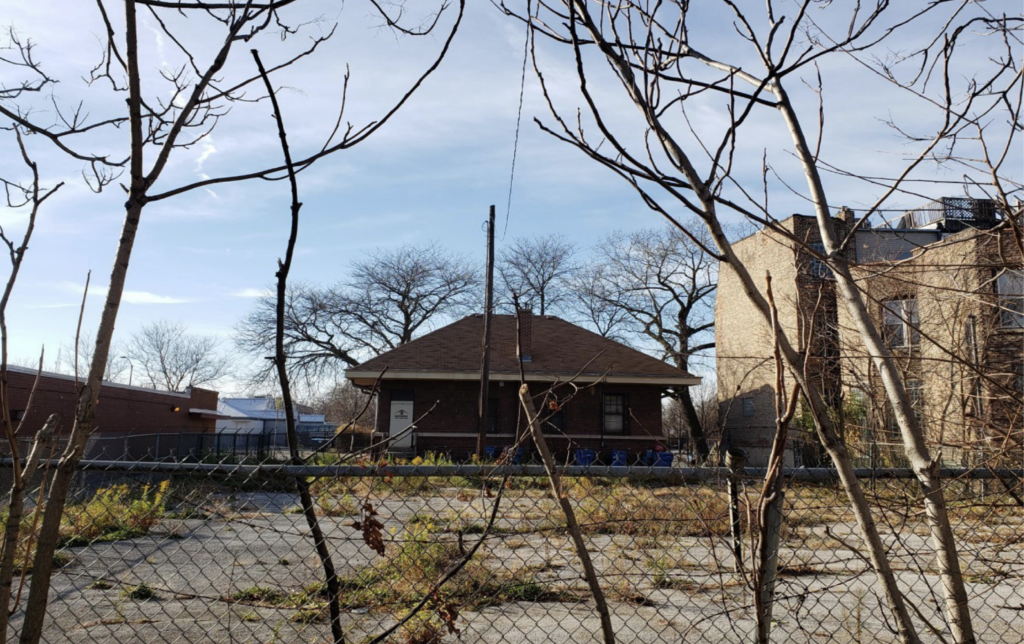 Most of the spaces will be held in a one-story metal panel-clad addition in the rear of the site with support spaces like new restrooms and mechanical spaces. The front will feature a new front-porch area bound by a sculptural metal rod fence and landscaping with an added ADA ramp as the existing building sits four feet above the sidewalk. Urban Equities also hopes to partner with local schools to help educate kids on healthy eating habits and create a synergy with local businesses and serve as the mid-point between the home kitchen and owning a restaurant. 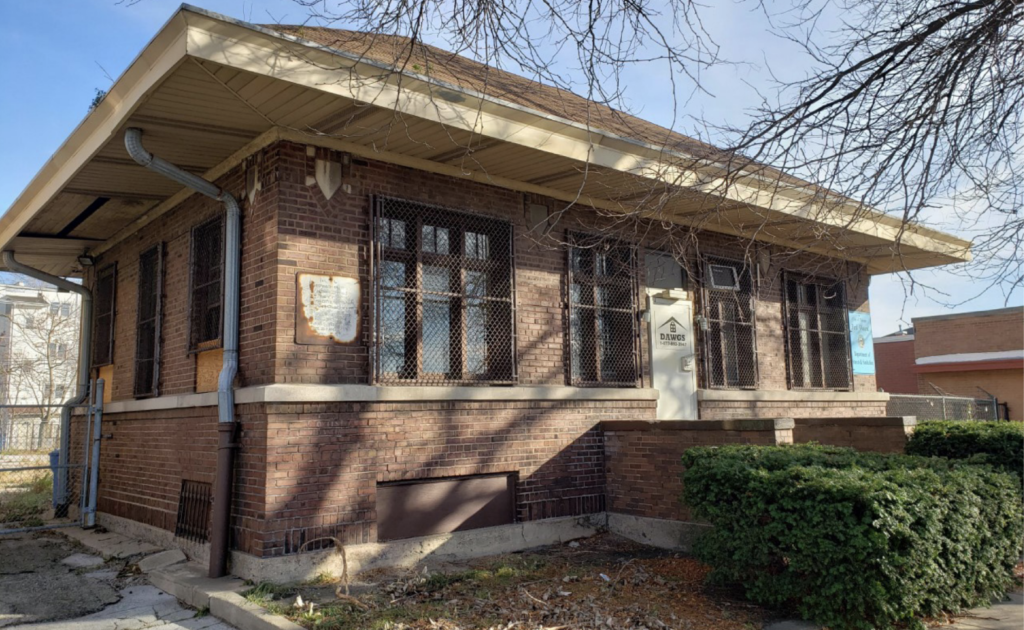 Future users of the equity-driven space will have access to the CTA Green Line 51st Street station via a five-minute walk as well as many food businesses nearby including Boxville, a seasonal marketplace. The $4.6 million winning submission beat out three other contenders and hopes to bring further life into the growing neighborhood which saw a six percent population growth in the latest census. At the moment no construction timeline has been announced and the city will need to approve the land sale at a later date.