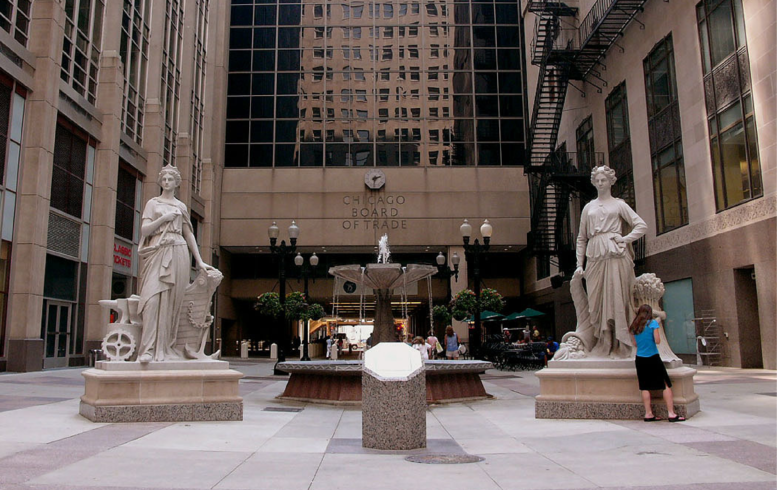 ComEd has announced plans to redevelop the existing trading building at 333 S LaSalle Street in The Loop. Located on the corner with W Van Buren Street, the low-rise building is adjacent to the Board of Trade tower and for many years held the last open-outcry trading pits in Chicago. The purchase, which was finalized in November, marks the end of a long history for in-person trading that helped power the local economy, which now relies on virtual operations. 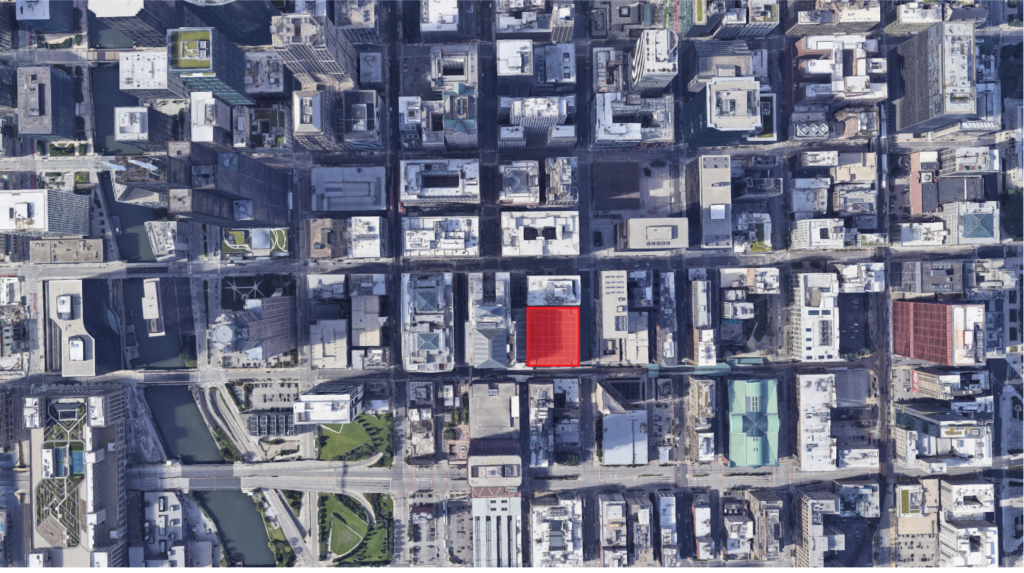 The building has been operated by the CME Group since 2007 when it merged with the Chicago Board of Trade (CBOT), one of the world’s oldest futures and options exchanges established in 1848. The Chicago Mercantile Exchange, which trades everything from milk and cryptocurrency to equity indexes and the world’s first weather derivatives, is considered one of the most valuable brands among the world’s leading exchanges. 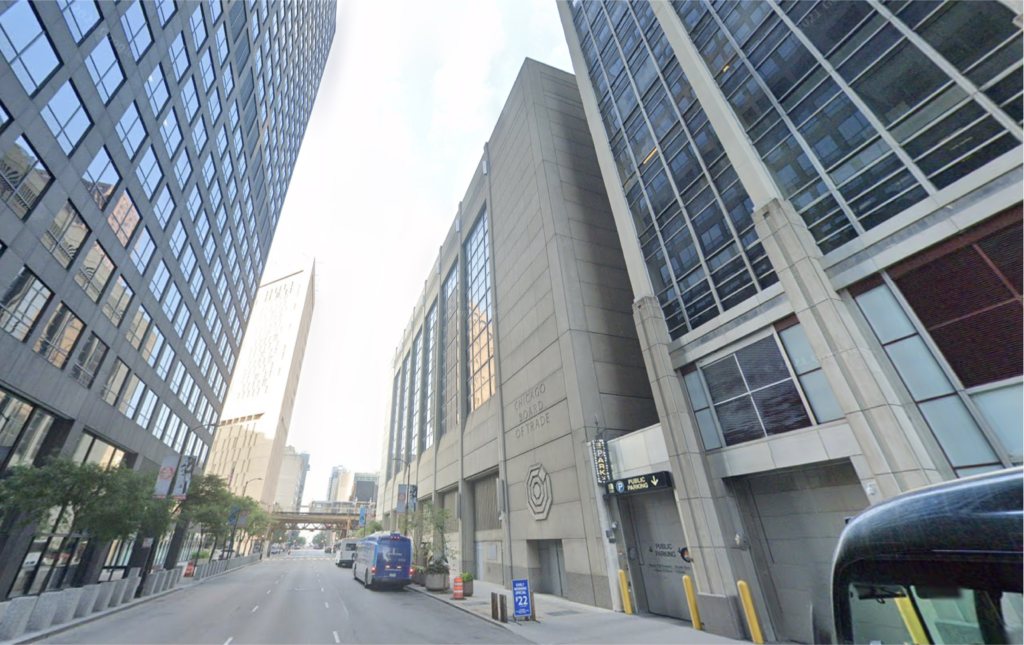 View of 333 S LaSalle Street (back right) via Google Maps

The centrally located five-story tall, 288,000-square-foot building was opened in 1997 and designed by Fujikawa Johnson as an expansion to the adjacent Helmut Jahn-designed tower and trading floor. At its core is a 60,000-square-foot, 65-foot-tall column-free trading floor that could hold 8,000 people. It joined the existing trading floor to form the world’s largest upon completion. Equipped with 600-foot-long price boards, it was the octagonal trading pits that were for decades the center of all of the action. 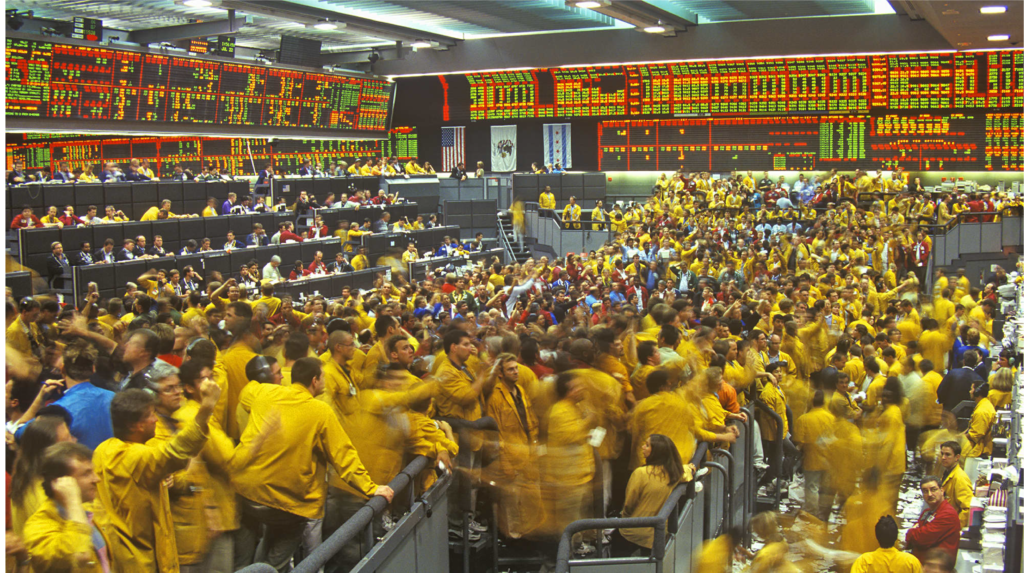 In 1992 CME introduced Globex as the first virtual trading platform, which would slowly lead to the end of open-outcry trading as most pits closed in 2008, with the last officially closing with the pandemic in March 2021. The $39.5 million sale to ComEd will see the trading floors be turned into a new electrical sub-station serving the downtown market, allowing for more reliable power to the growing population and in case of inclement weather. 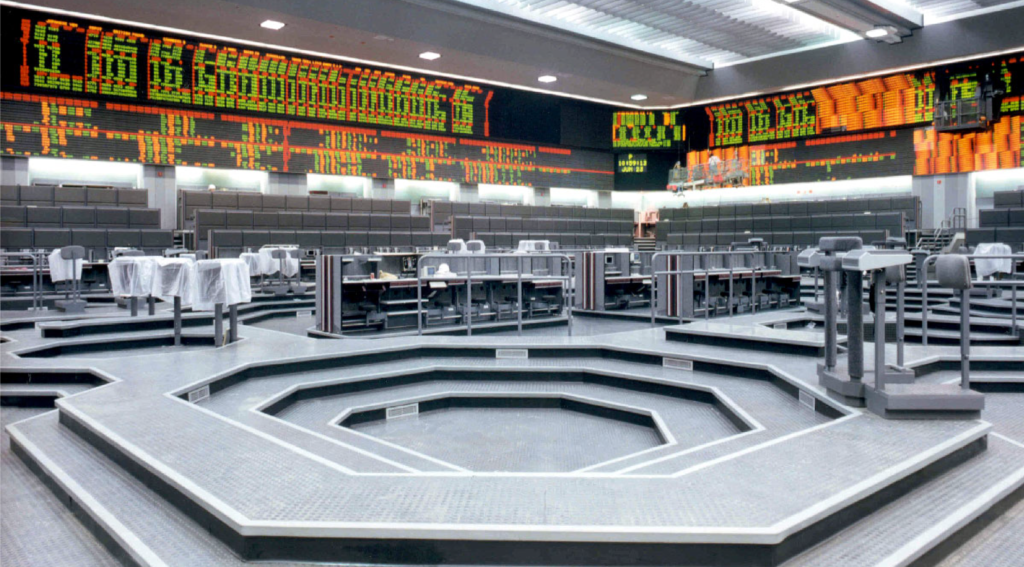 At the moment, plans have not been fully finalized by ComEd for the complete structure aside from the substation, they are currently evaluating converting the upper floors into leasable office space. It is worth noting the original building was designed with 22-foot-deep roof beams that allow for a vertical expansion without disturbing the open trading floor space, an option that could come into play in the future. Construction on the substation is scheduled to begin in 2023 with a 2026 completion date.