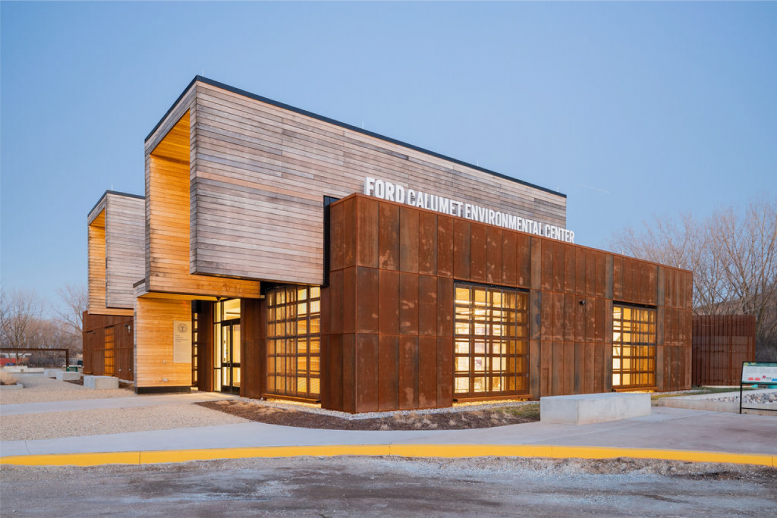 The Chicago Parks District has opened a new visitor and nature center at Big Marsh Park in South Deering. Located at 11555 S Stony Island Avenue, the new center marks a major milestone for the South Side park with a 297-acre size that rivals Grant Park and is one of the largest properties in the urban park district. 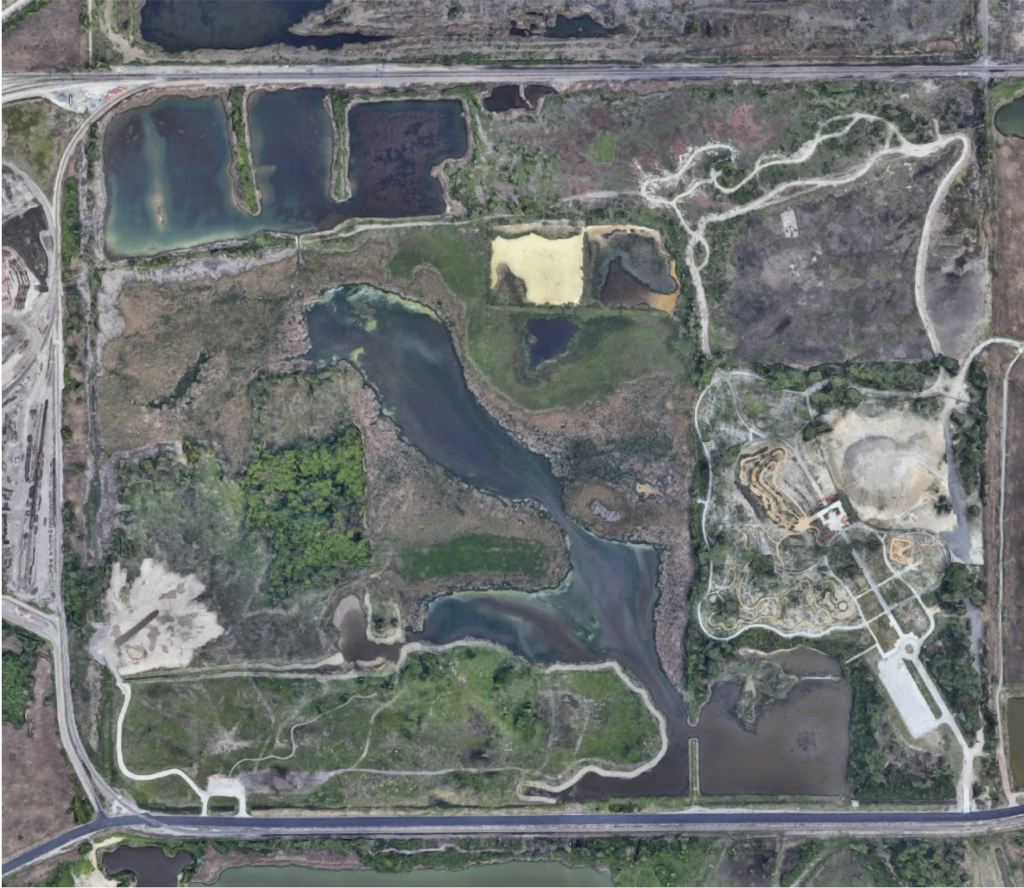 The park sits on land that was once home to various native groups including the Algonquin, Illini, Potawatomi, and Miami tribes. But as Chicago grew south, the land which was widely used for recreation quickly became industrialized with steel mills rising along the shores of Lake Calumet and eventual take over by the Port of Chicago. Through neighborhood advocacy, landfills were banned from city boundaries in 1986 which coincided with the fall of the steel industry and subsequent clearing of the land. 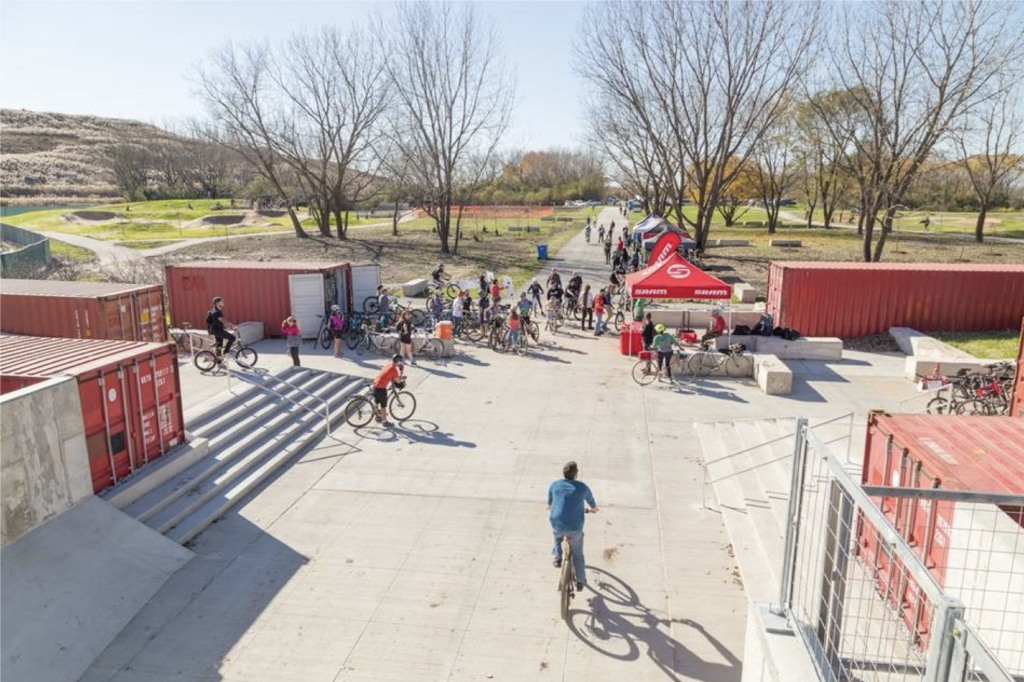 By 2002 the last major mill was closed and the land was taken over by the Parks District, remediation then began in collaboration with federal entities leading to its eventual opening in 2016. Imagined as a major recreation center near the recently opened Pullman National Monument, the park opened with various hiking trails and birding paths, but perhaps its most known feature is its bike park including BMX runs and pump tracks. A new year-round concrete pump track and the new Ford Calumet Environmental Center opened its doors this month bringing a visitor center and a large variety of exhibits to the growing park. 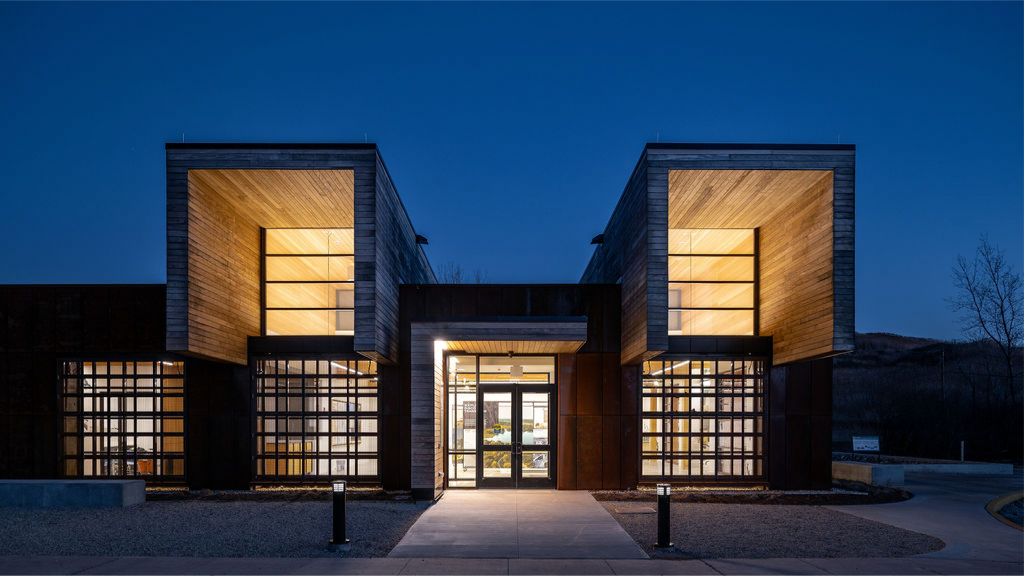 Designed by Valerio Dewalt Train with birds in mind, the new center is clad in highly visible, reclaimed, and locally sourced materials to pay respects to the animals it exhibits. The small museum anchors the new facility offering visitors information on the site’s native history, pollution, site remediation, and area nature such as native plants, animals, and habitats. The building also holds two new multi-purpose community rooms which focus on educational programs for surrounding residents and children. A concession and office space round out the structure along with a pair of public restrooms. 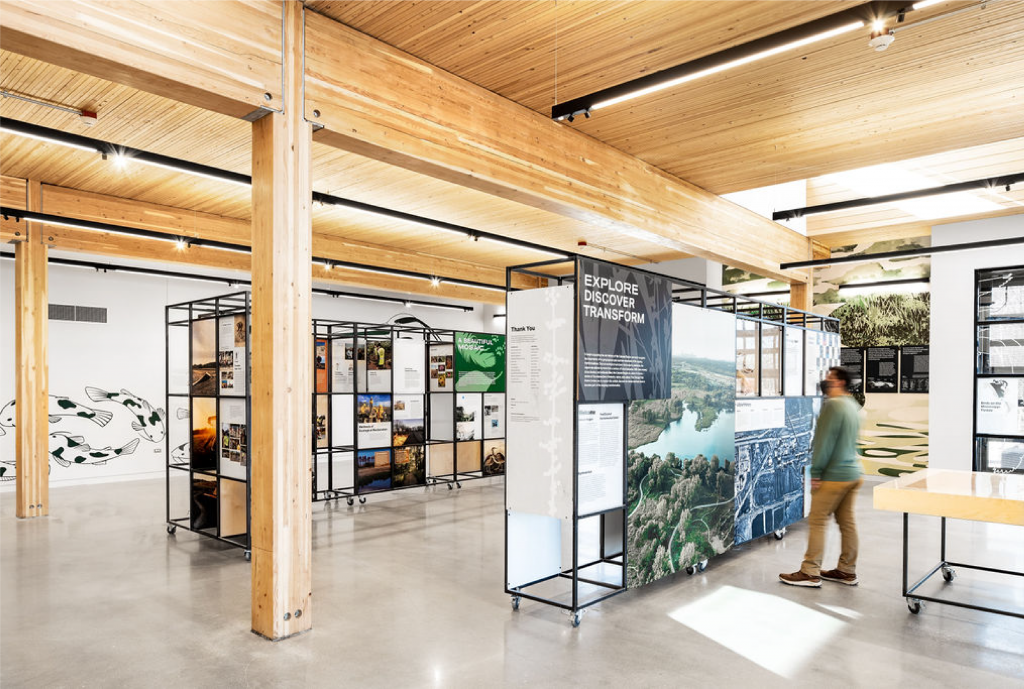 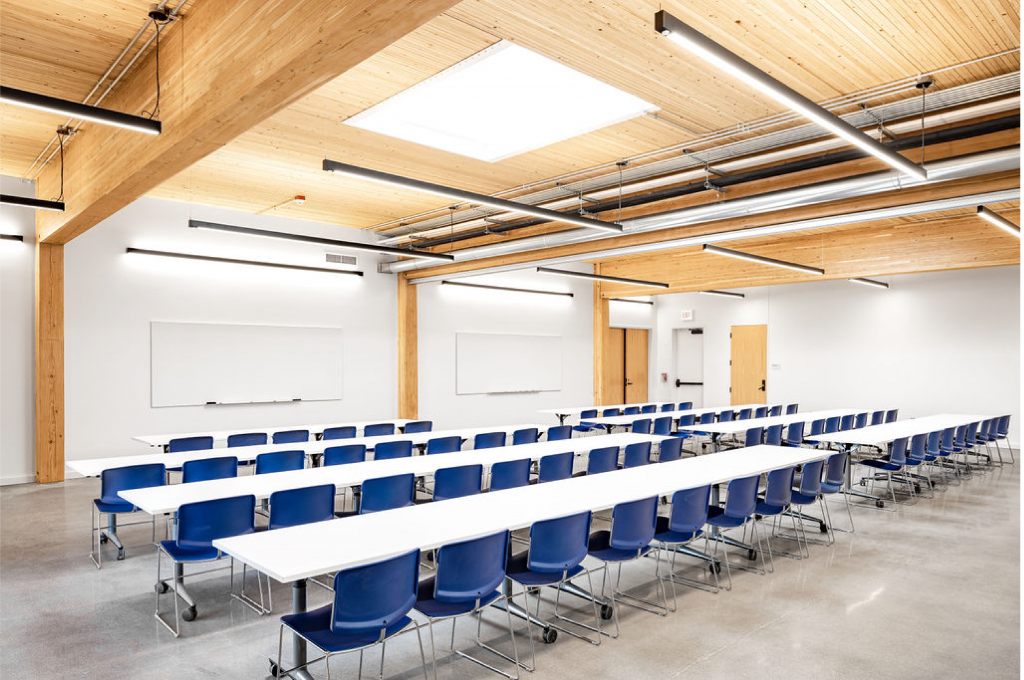 Due to being on a restored ecosystem and far from sanitary sewers, one of the building’s most unique features is its Construction Wastewater Wetland (CWWW), the decentralized wastewater system is Chicago’s first and utilizes the natural water cleansing power of wetlands. Up to 4,000 gallons of wastewater a day will flow through various cleaning tanks where it will be filtered of debris, removed of nitrogen, and buffered before being released into a built wetland where natural microbes finish the treatment. 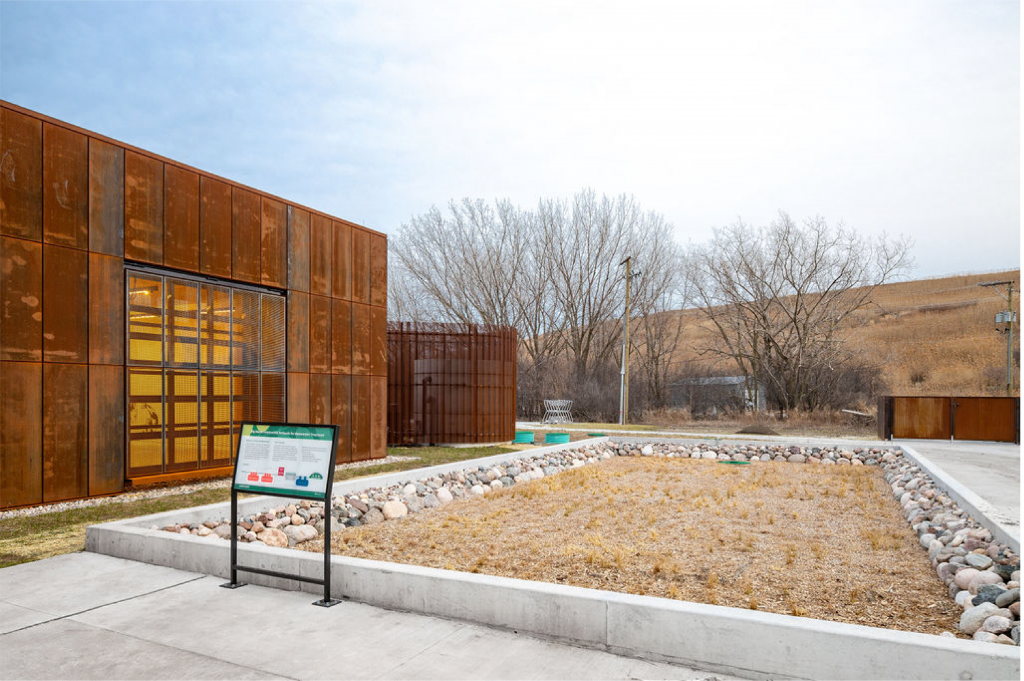 The new center is only part of what is to come to the massive park; this year the city approved $1.5 million in funding for further expansions. These include a long path around the perimeter of the park with new boardwalks and outlooks, but most importantly it will construct the first campsite on Park District property which will at first be open to groups only such as girl and boy scouts. While currently unreachable by public transit, the park is a 30-minute drive away with low traffic.