The Committee on Zoning has approved the rezoning of an existing convent into a residential development on 1218 W Lexington Street in Little Italy. The three-story convent will go from a RT-4 residential two-flat, townhouse, and multi-unit district to B2-3 neighborhood mixed-district which will allow developer Honore Properties LLC to convert the existing space into apartments near Vernon Park. The building is bound by W Lexington Street to the south and a secondary building of the nearby Shrine of Our Lady of Pompeii, Chicago’s oldest continuing Italian American Church. 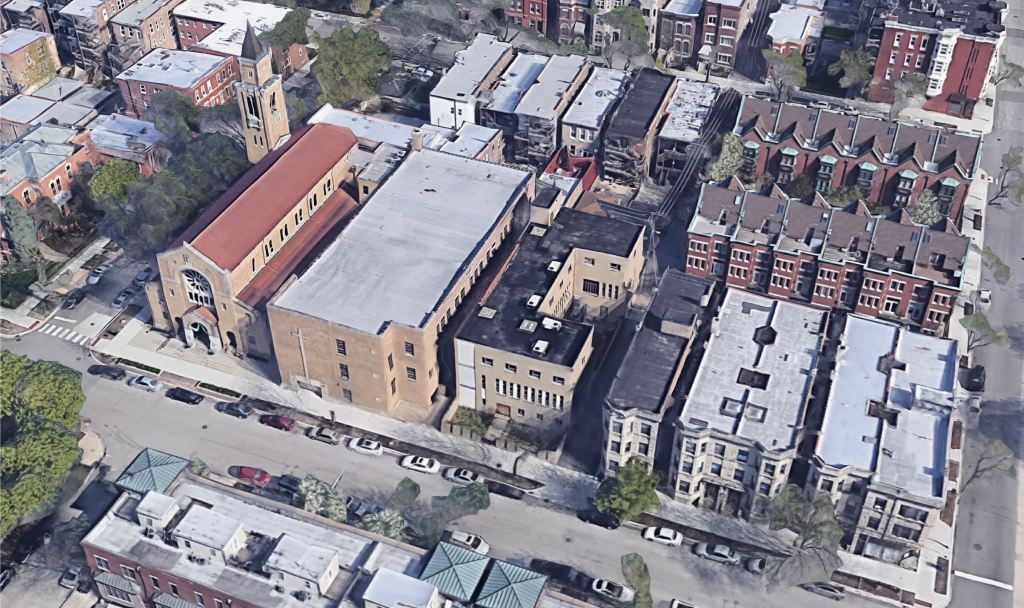 Built in 1956 for a community of 20 sisters, it eventually became the residence of the Christian Brothers of DeLaSalle. The 45-foot-tall courtyard building will retain its existing form and exterior clad in tan brick, stucco, glass block, and punctured with tall linear windows which will all be replaced. In total 14 new residential units will be created out of the existing space designed by architecture firm Kennedy Mann. The total will be split into four one-bedroom, four two-bedroom, and six three-bedroom apartments facing the aforementioned re-landscaped central courtyard. The one-bedroom units will range from 395 to 475 square feet, the two-bedrooms will be 680 square feet, and the three-bedrooms from 1,035 to 1,055 square feet. 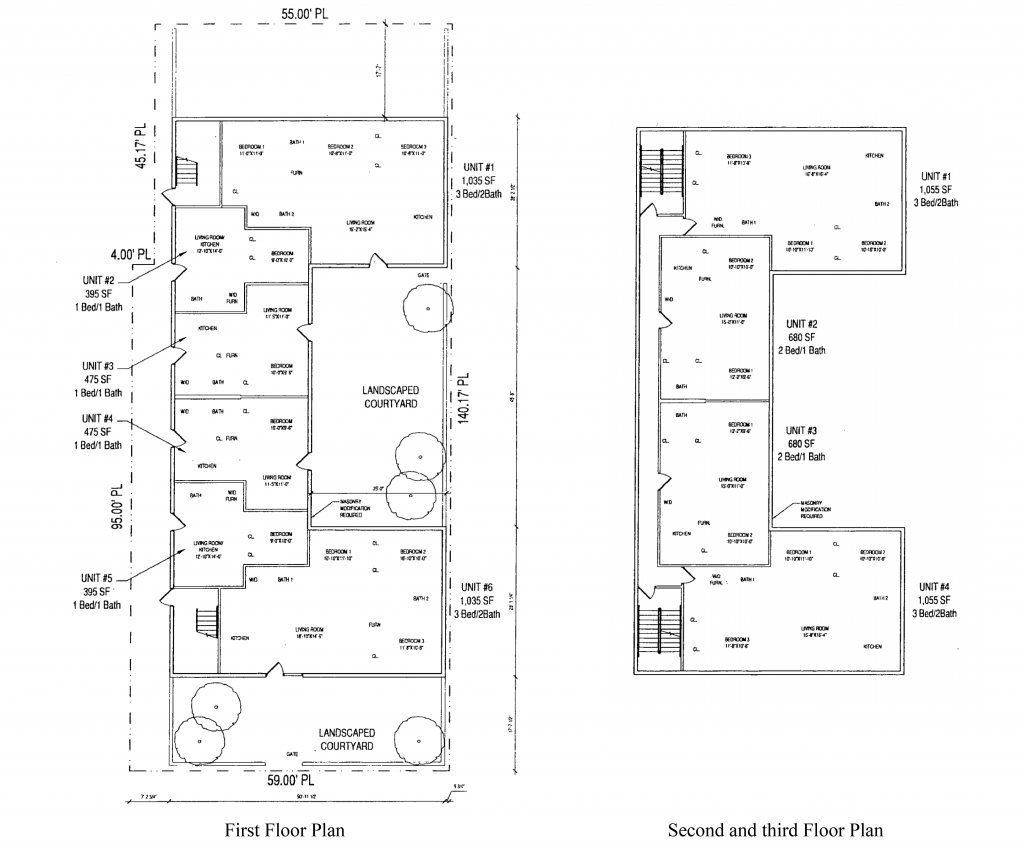 The building’s street front features a small brick-fenced front yard which will belong to the adjoining three-bedroom unit, the remaining residents will have to utilize the existing gangway between the convent and school building. First floor units will open directly onto the gangway, with no residential lobby or amenities, upstairs residents will have indoor entries via corridors reached through the existing main exit stairs. Although the developer has stated that re-development will include all affordable units on site, the final number has not been revealed, however based on current codes, if 20 percent of them are to be affordable, then we can expect at least three of the 14 units designated as affordable. 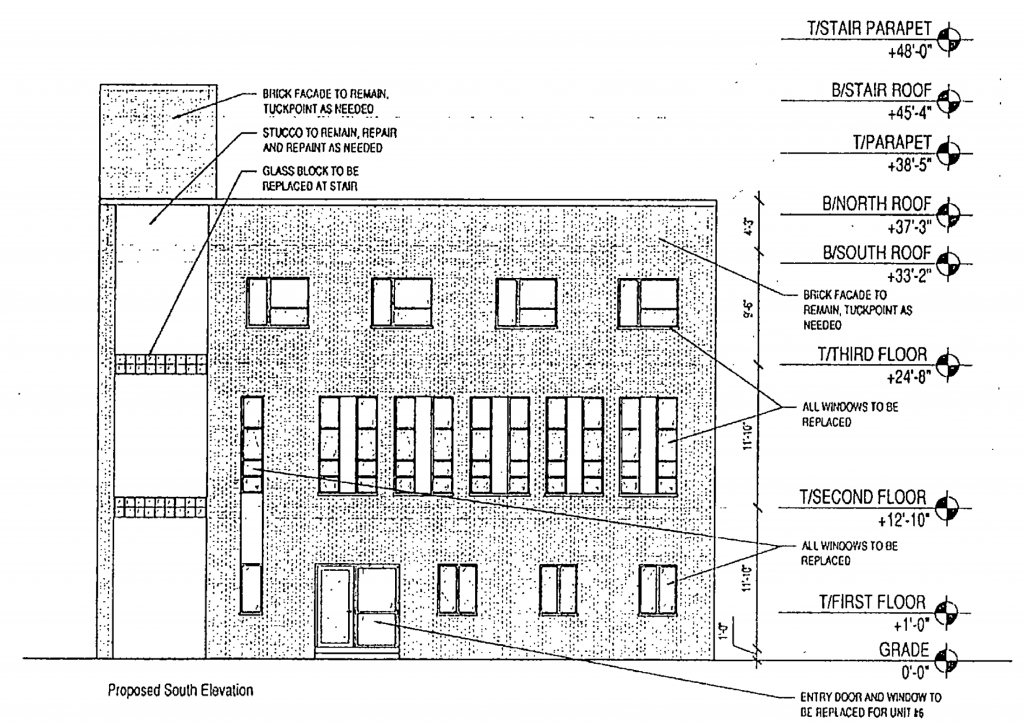 The new residents will have to utilize street parking as the developer is seeking to be categorized as a Transit Oriented Development (TOD) and include no vehicle parking spaces. This is due to the CTA Blue Line Racine stop being a six-minute walk away and CTA bus Route 60 a one-minute walk away. The development will appeal to both the local residents and students of the nearby University of Illinois Chicago whose campus is within walking distance. At the moment no timeline has been given for the project, but with zoning approval the proposal will move forward to City Council next.