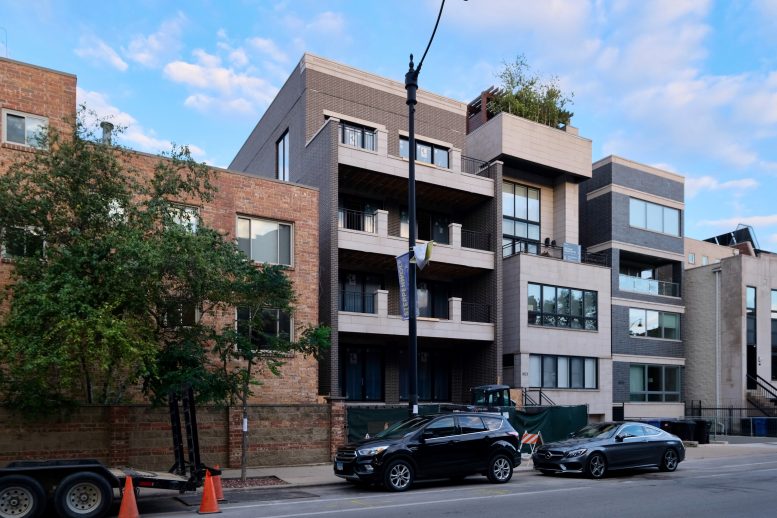 Final exterior touches are now underway for a four-story residential building located at 1825 N Halsted Street in Lincoln Park. Owner APA 2020 Inc. has planned a total of three residences, with features such as a basement level with a three-car garage, a rooftop deck and stair enclosure, an elevator, and a rear porch spanning all above-grade floors. Prior to the new development, the narrow site was occupied by a three-story brick building. 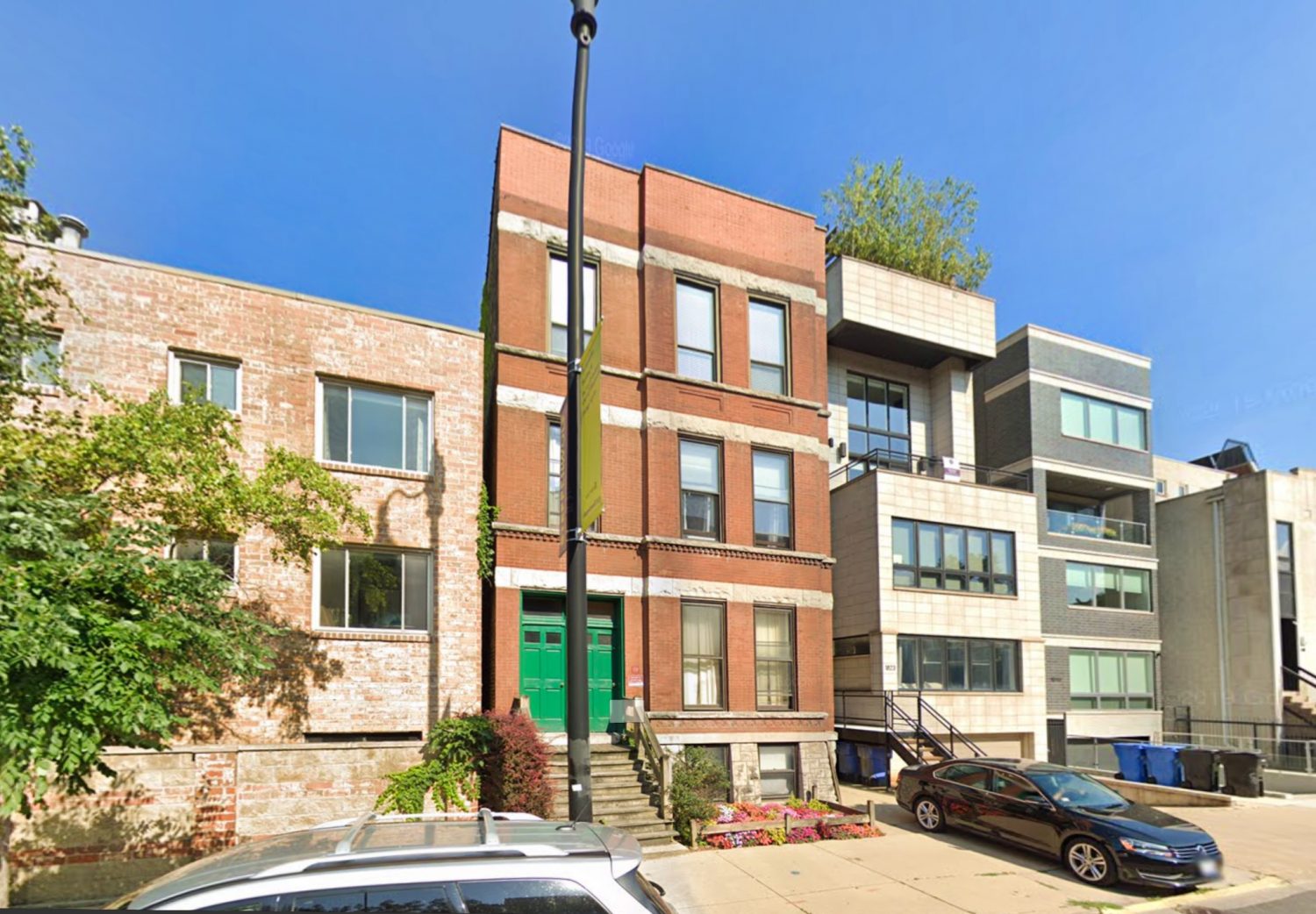 1825 N Halsted Street prior to development, via Google Maps

Chicago-based Hanna Architects is behind the masonry design, which involves a gray brick as the primary material with stone trimmings. The frontage also involves recessed balconies on the second through fourth floors. 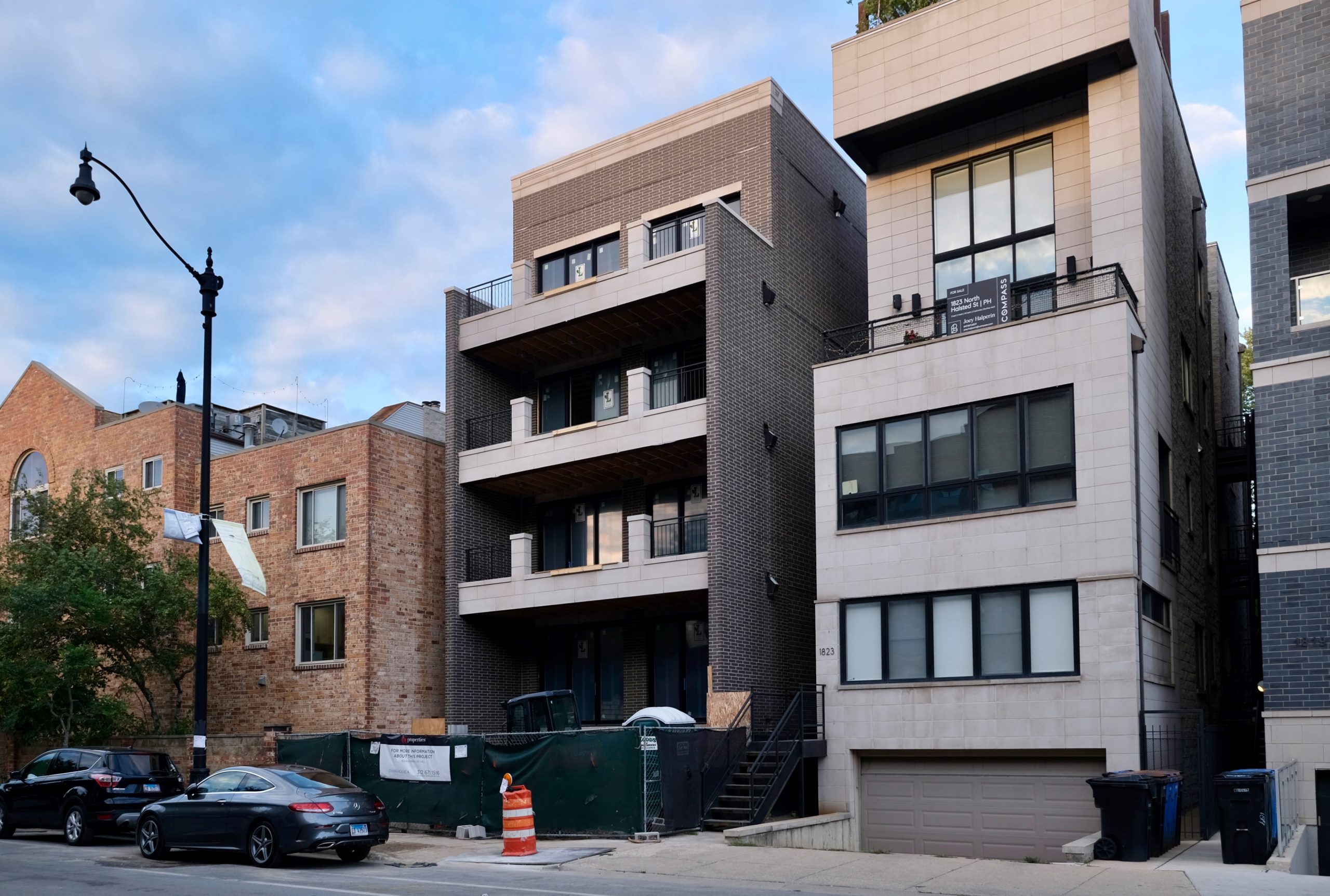 The building’s future inhabitants will find bus service for Route 8 via a two-minute walk south to the intersection of Halsted & Willow. Also within a five-minute walking radius are Routes 9 and 72 to the south, as well as Route 73 to the north.

Those looking to board the CTA L will find the Red Line at North/Clybourn station via a six-minute walk south, while the Brown and Purple Lines at Armitage station is a nine-minute walk northwest. 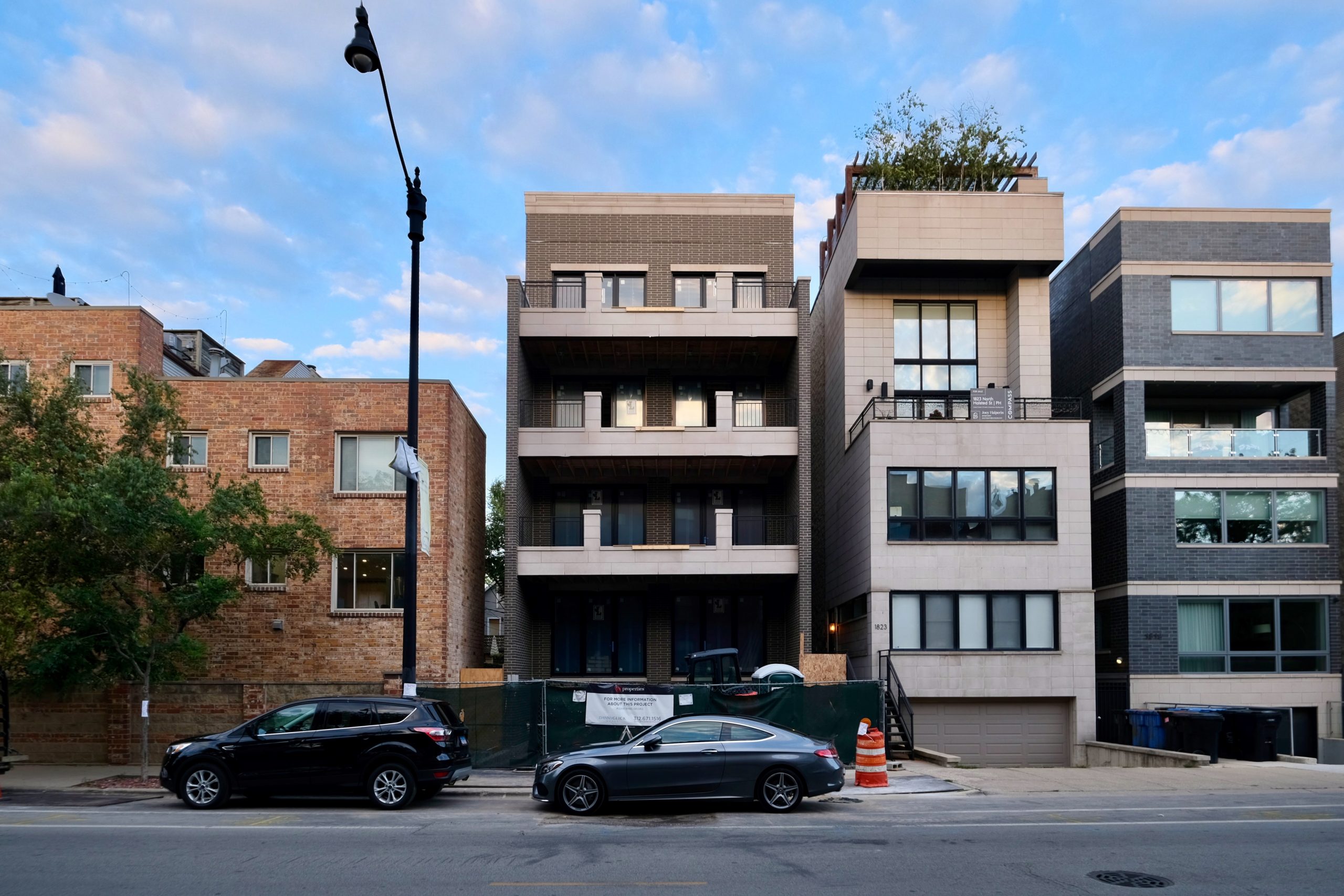 Halsted Street offers an array of restaurant options spanning both to the north and south, while the retail-dense Clybourn Corridor is in close proximity southward. Nearest green space is available at Oz Park, situated an eight-minute walk northeast.

Deluxe Remodeling Inc has served as the general contractor for the $734,800 construction. A full completion appears imminent for this fall.