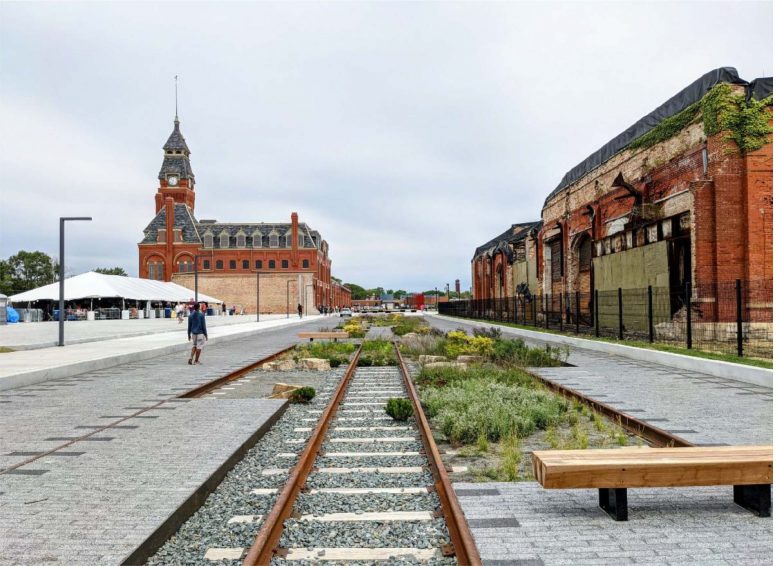 The National Parks service has opened The Pullman National Monument, Chicago’s first National Monument at 11001 S Cottage Grove Avenue in Pullman. Opening ceremonies for the complex took place over Labor Day weekend, a holiday which traces its origins back to the workers that made the Pullman Company into a passenger rail juggernaut with its iconic sleeper cars. The new monument is expected to attract over 300,000 yearly visitors and be a major economic impact for the growing neighborhood. 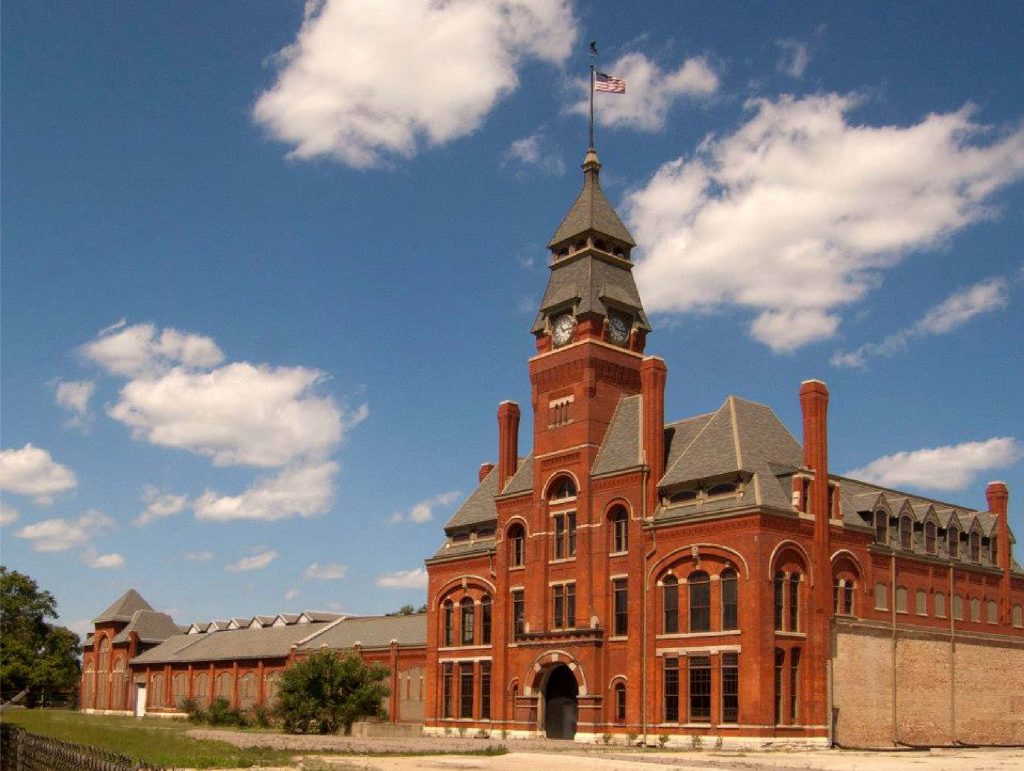 George Pullman, who made his initial fortune in sanitation, founded the company in 1867 and began construction of the town in 1880 as the answer to Chicago’s rising cost and increased demand for rail travel. Pullman sleeper cars were unique in not only their luxury, but also in their fully trained staff of porters, most of which were recently freed slaves from the south. As demand grew, Pullman purchased 4,000 acres to build 1,300 housing units, a new factory, and commercial buildings designed by architect Solon Spencer Beman forming the nation’s first planned industrial community. 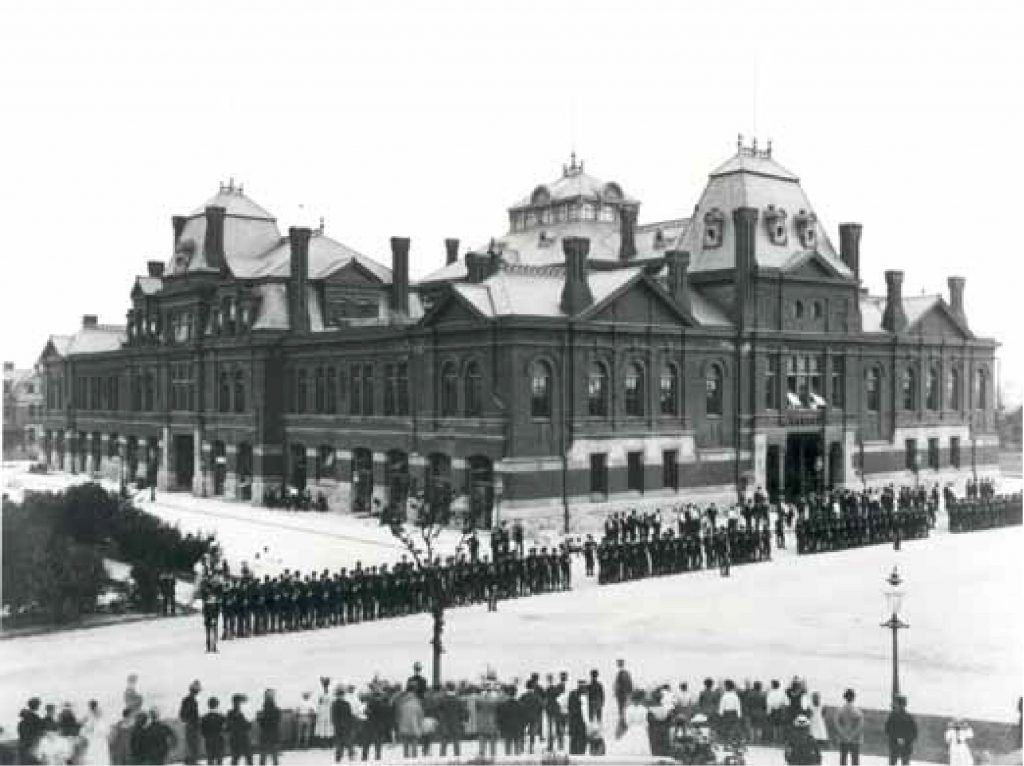 Image Of 1893 Labor Strike Courtesy Of The National Parks Service

The late-Victorian style town was imagined as a modern corporate campus with the idea that other companies would relocate to the area, however Pullman was the only company on site. With a recession in 1893, job cuts and abuse of employees culminated in the deadly labor strike of 1894. This strike spread nationally cutting off mail routes and ended due to clashes with troops sent by President Grover Cleveland. 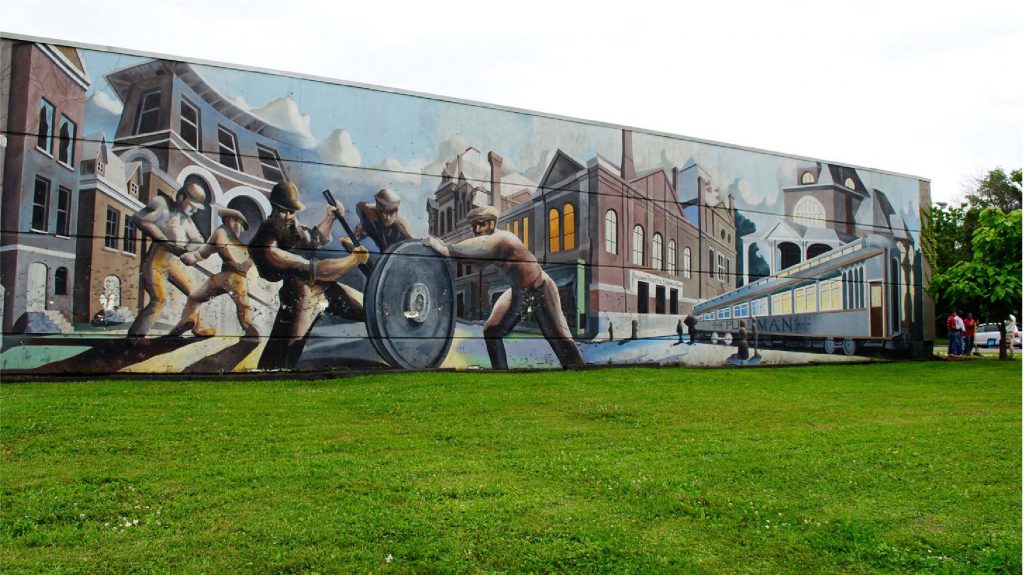 By 1925, 44 percent of Pullman’s workforce were porters, making it the nation’s largest employer of Black workers. That is when said workers formed the Brotherhood of Sleeping Car Porters, the first Black labor organization recognized by the American Federation of Labor. Created due to unequal rights, no union representation, and high racial tensions, the group successfully reached the nation’s first major labor agreement with a Black union in 1937. 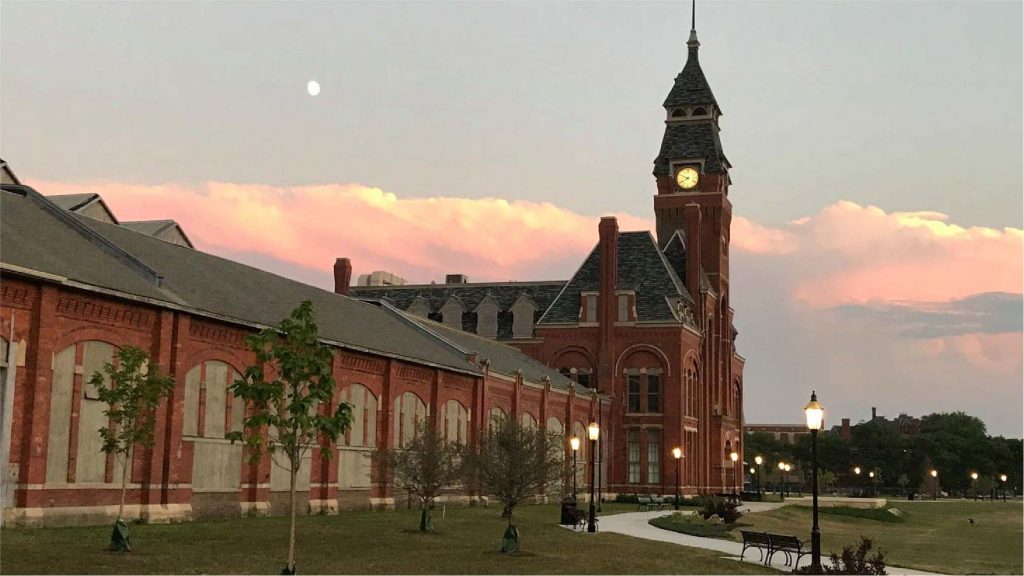 Declared a National Monument in 2015 by President Barack Obama, the now-open visitors center welcomes guests into the clock tower and administration building. Extensive renovations to the building included new air systems, plumbing, and electrical work as well as repairs to the facade. A new exterior plaza with exposed rails surrounds the outside and remains of neighboring buildings. Bauer Latoza Studio were the architects in charge of overseeing the renovation work with GMA Construction Group as the general contractor. 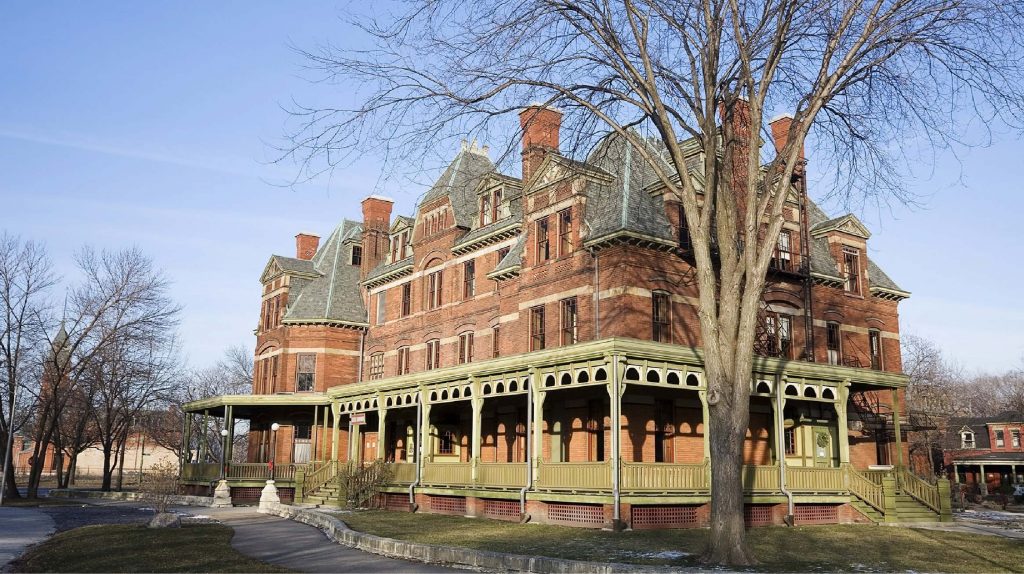 Exhibitions on the monument’s long history of industry, labor, racial rights, as well as urban planning fill the buildings ground level, while further restoration work continues on the upper floors. Although the original town was 4,000 acres, the national monument encompasses 12 of those, with state historical sites and districts making up the surrounding areas. Further restorations are planned on site including that of the Hotel Florence, named after Pullman’s daughter, to be completed in the coming years.