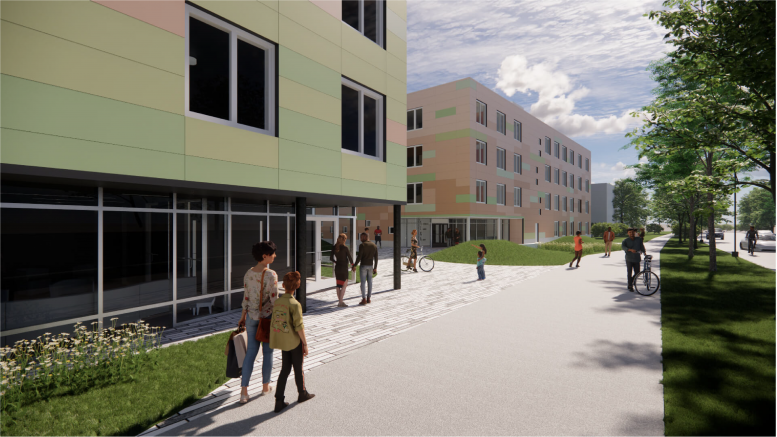 Initial building permits have been issued for a mixed-use development at 6001 W Lawrence Avenue in Jefferson Park. Sitting on a long vacant lot bound by W Lawrence Avenue to the north and N Austin Avenue to the east, developer Full Circle Communities plans to bring 48 residential units in a transit-oriented community. The developer’s mission to “expand access to quality affordable housing’ is partnered with Canopy Architecture + Design to bring the rose-colored buildings to life. 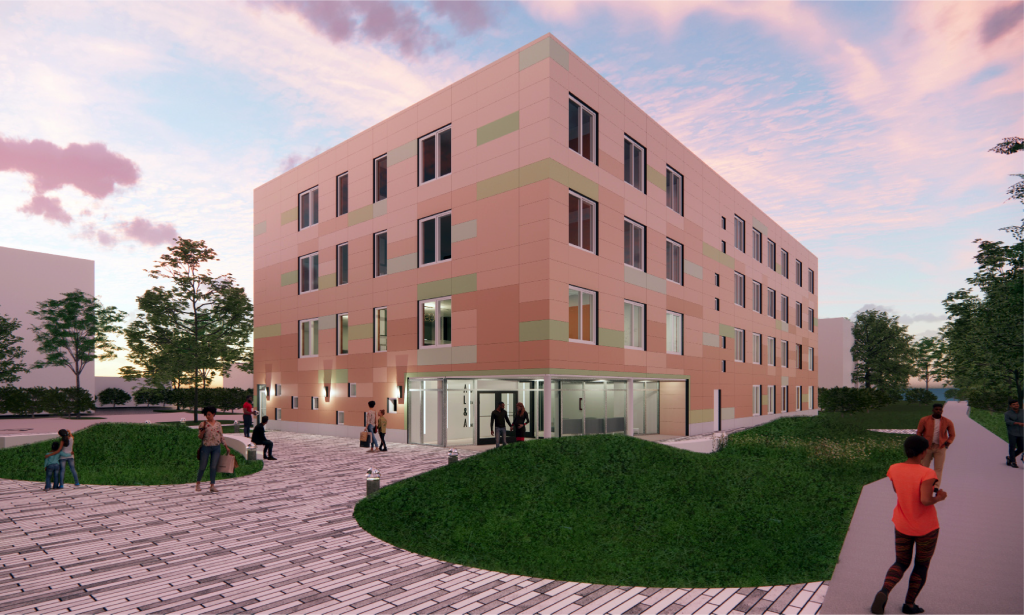 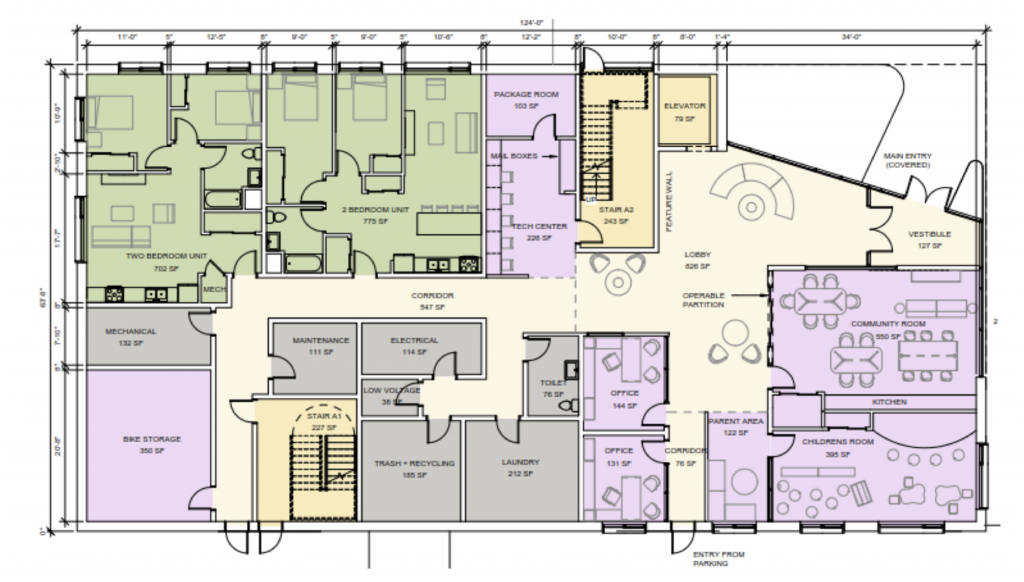 The development aims to serve veterans and those with disabilities first, achieved by a preference on applications, ground-floor units, and access to nearby transportation and services such as grocery stores. The developer will offer useful amenities in each building such as service offices, entertainment and children’s play areas, a library, business center, and bike storage centered around a large landscaped courtyard. Additionally 34 vehicle parking spaces, which meet the city minimum, will be offered in the back of the complex. 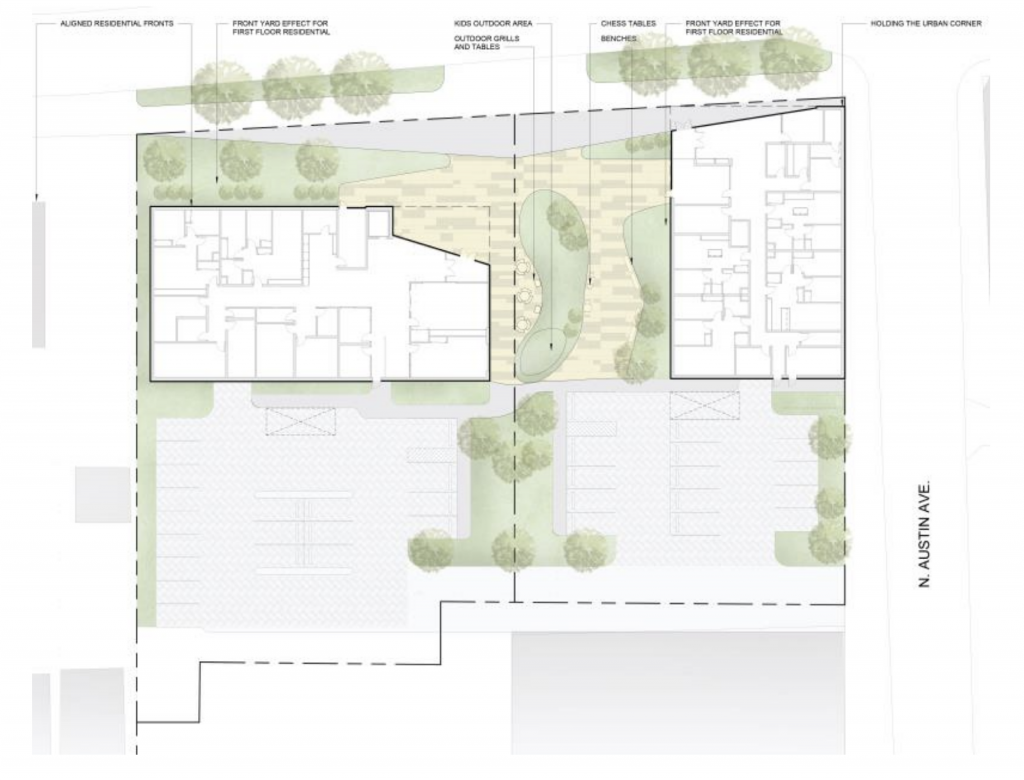 Future residents of the $20 million development will have direct CTA bus access to Routes 81W and 91 right outside of the buildings. The nearest train station will be the CTA Jefferson Park stop on the Blue Line via a 19-minute walk. The project will be built by Henry Bros. Co. and clad with fiber cement panels, operable windows, curtain walls, and a granite base. According to the architect, the exterior’s rose and green panels were chosen to resemble the colors of the Illinois prairie.