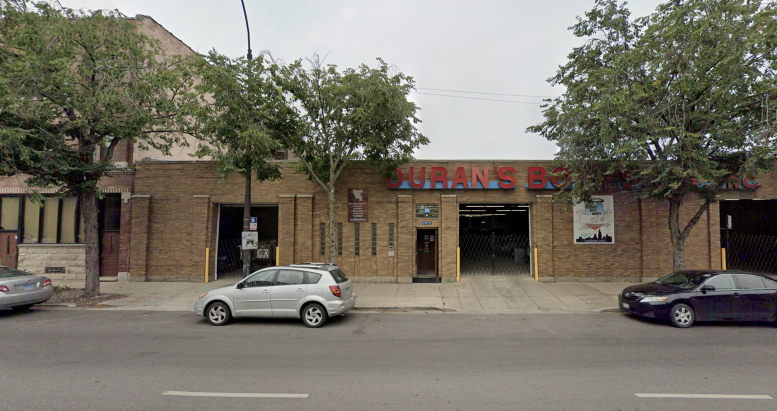 Permits were issued recently for a new three-story residential building at West Town‘s 2612 W Chicago Avenue, currently occupied by a one-story commercial building. Gerard Coyle is the owner, whose project scope will include six total units, a rooftop deck, and a detached six-car garage with its own rooftop deck.

360 Design Studio‘s Christopher Boehm is the architect of record. As of now, no drawings or renderings have been posted, however the filing’s two masonry contractors suggest the building will involve a brick design.

Future residents will find bus service for Route 66 at the intersection of Chicago & Rockwell, situated just paces east of the site. Also within close proximity are Routes 49, X49, 94, and 65. Closest rail access is accessible at the Metra’s Western Avenue station via an 11-minute walk southeast.

Platinum Homes Development is the general contractor behind the reportedly $2,055,000 construction. Adjacently east of the development site is another project at 2606 W Chicago Avenue, which received permits this past March. The aforementioned commercial building currently occupies both sites. However, permits show that only the eastern-most portion of this large structure has received demolition permits. It is unclear if and when the remainder of the structure will be cleared to make way for this second building at 2612 W Chicago Avenue, or when either development is anticipated for completion.