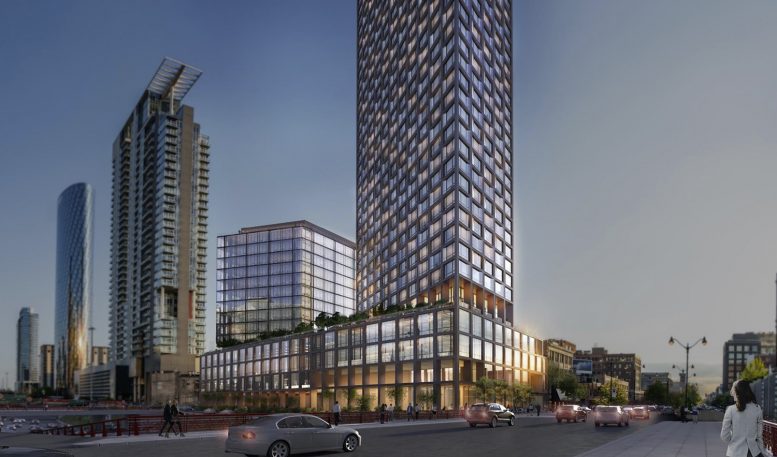 Demolition permits have been issued for a two-story masonry building listed under 720 W Washington Street in West Loop‘s Fulton Market District. The building occupies a portion of a larger development site that is owned by Related Midwest. 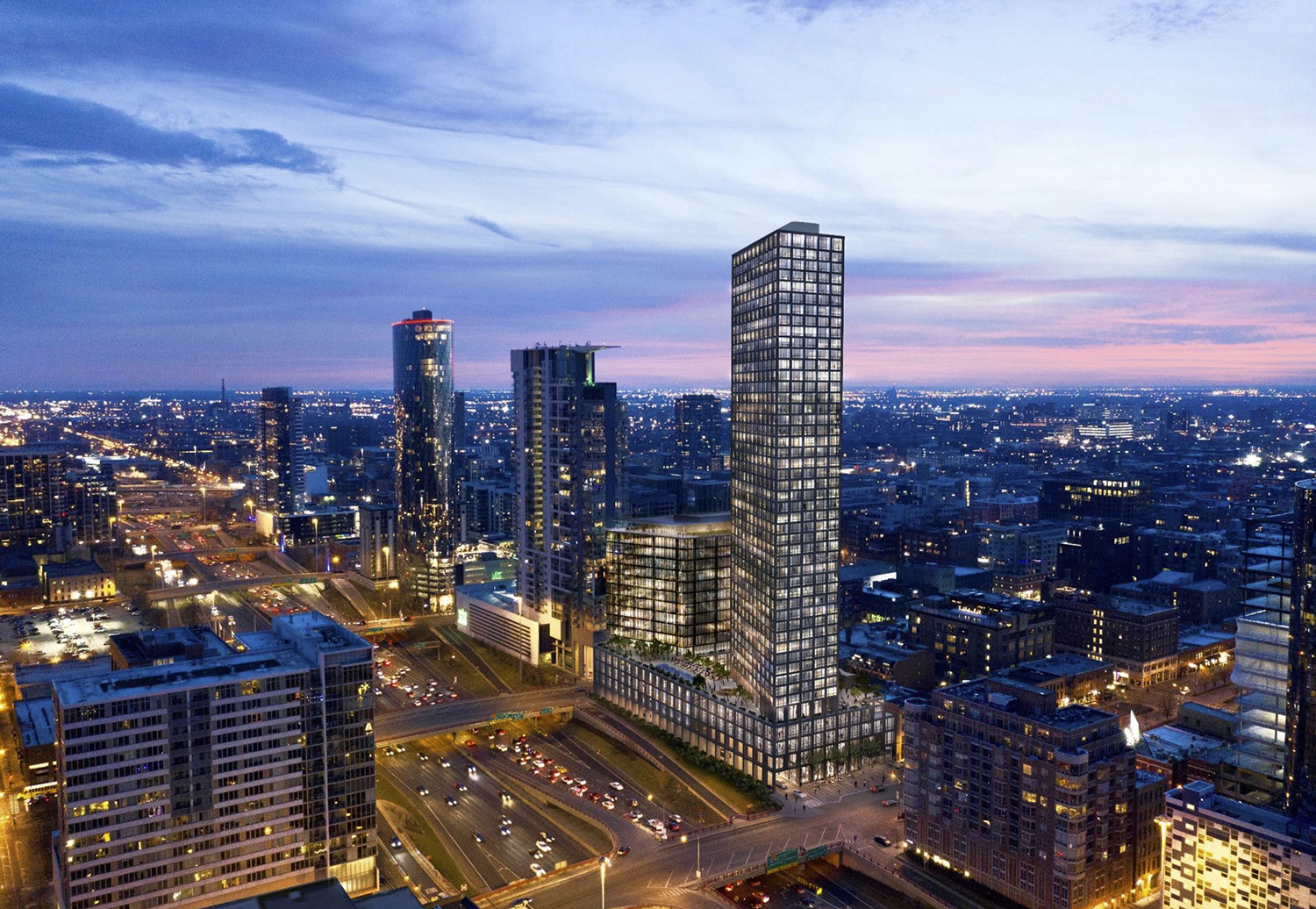 Most recently published plans came with an approved zoning ordinance to convert two adjacent parcels within the site to a single planned development under the number 1230. These plans convey a dual-tower megastructure, known as Equinox Hotel and Residences, that is connected by a single podium. 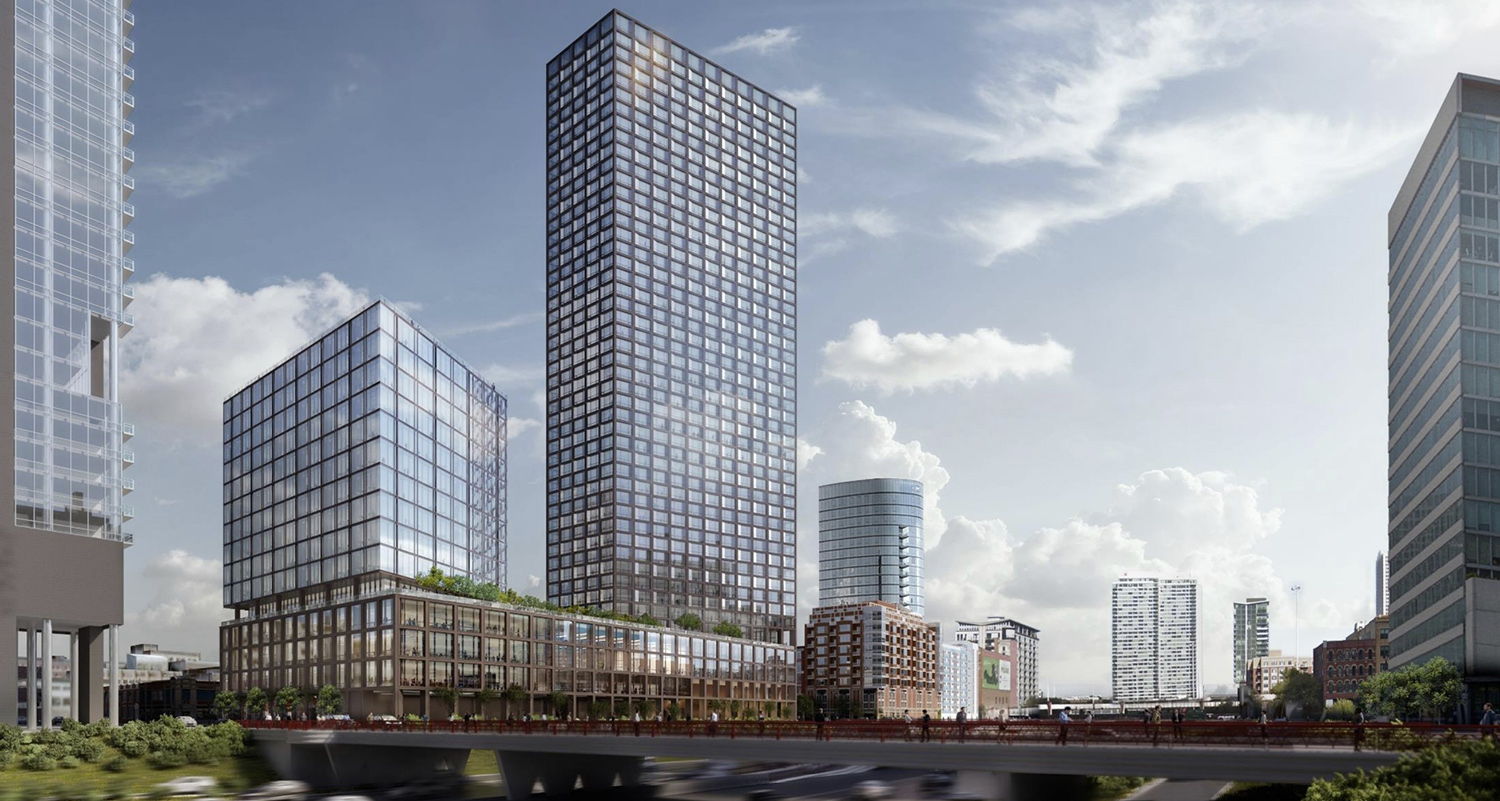 The taller northern tower is set to rise 49 stories and 550 feet, while the shorter south tower at 720 W Washington Street will rise 15 stories and 250 feet. Plans for the taller tower include an Equinox-branded hotel and apartments, with 240 hotel rooms and 370 residential units. The shorter tower will be designated offices, while the podium will offer additional office space, ground-level retail, a restaurant, and a 30,000 square-foot Equinox fitness club. Underneath the structure would be a 50-space parking garage. 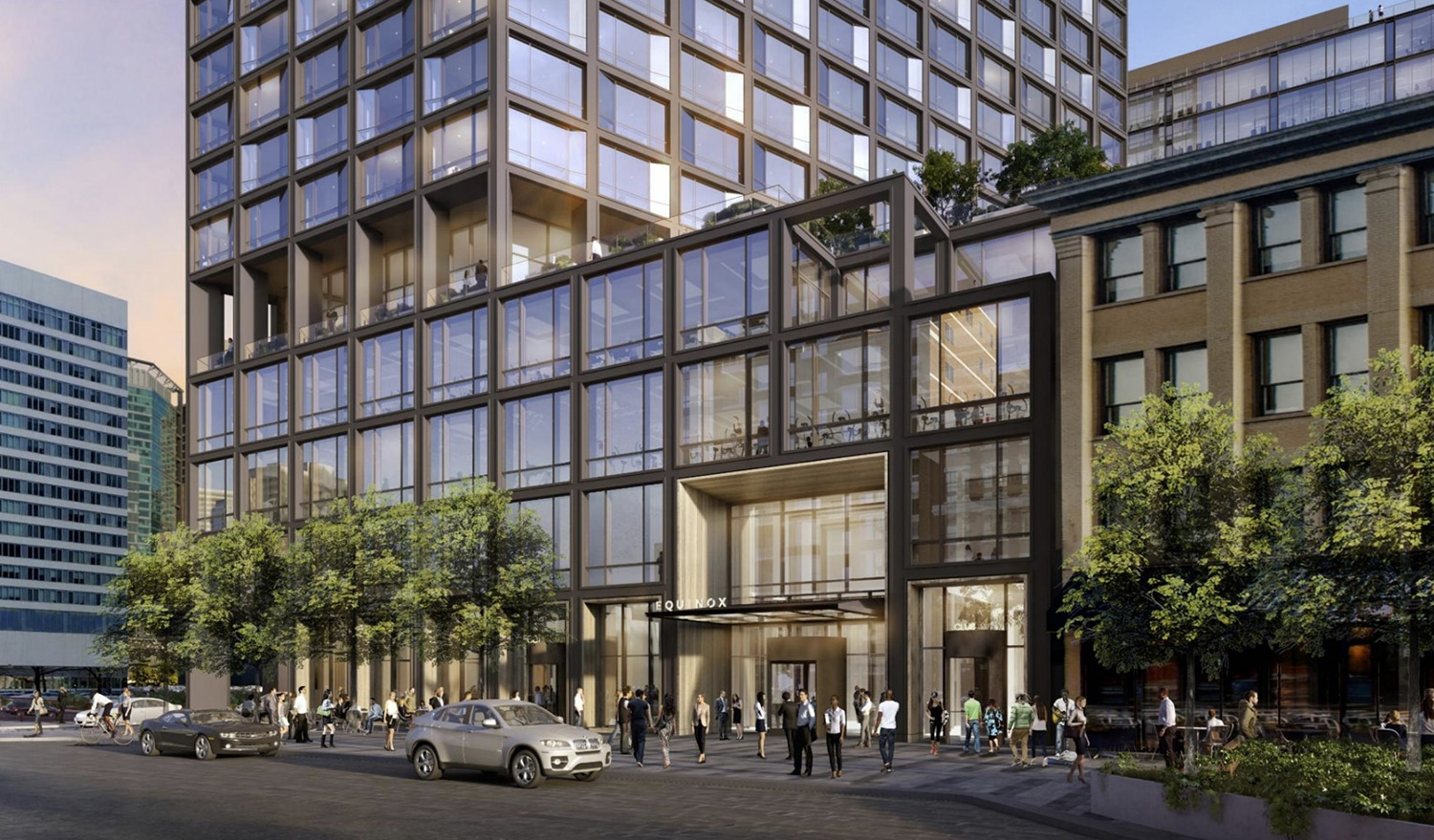 Roger Ferris + Partners is the design architect, with the last-published design conveying oblique-shaped footprints for each tower, enveloped in a sleek dark metal grid. Within each of the windows openings are three connected panes that form an integrated trapezoid shape, similar to a reverse bay window.

The transit-oriented development is situated near a variety of bus stops, such as Route 8 at the adjacent Halsted & Randolph/Washington. Also adjacent at the southwest corner is Washington & Halsted with service for Route 20. 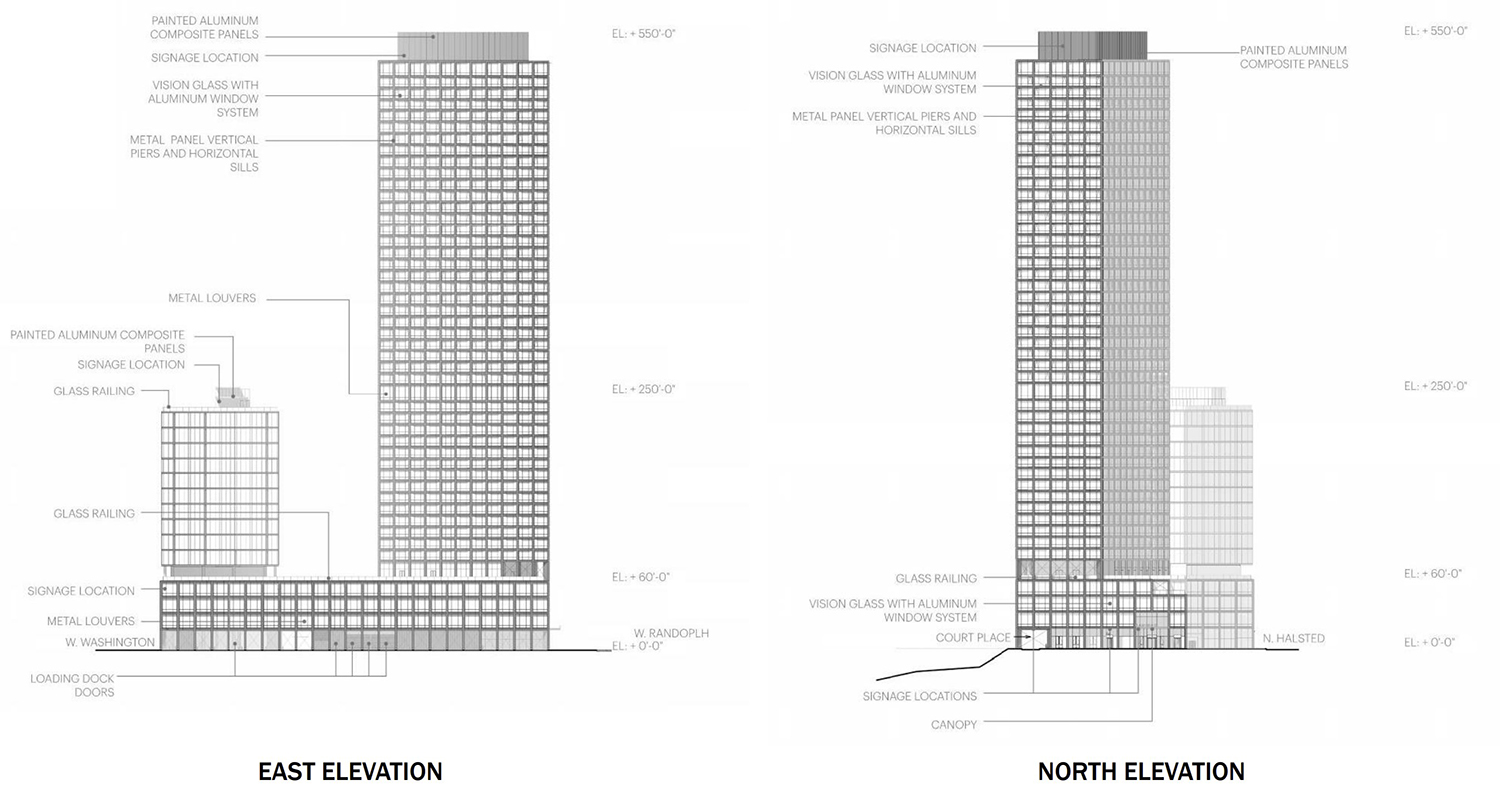 While it is unclear if any adjustments to the aforementioned plans will be made, any new structure of a similar scope would add to two perpendicular canyons emerging west of the river: one is the Randolph Street corridor rising east to west through West Loop/Fulton market, the other being the stretch of Kennedy Expressway dividing West Loop and West Loop Gate. 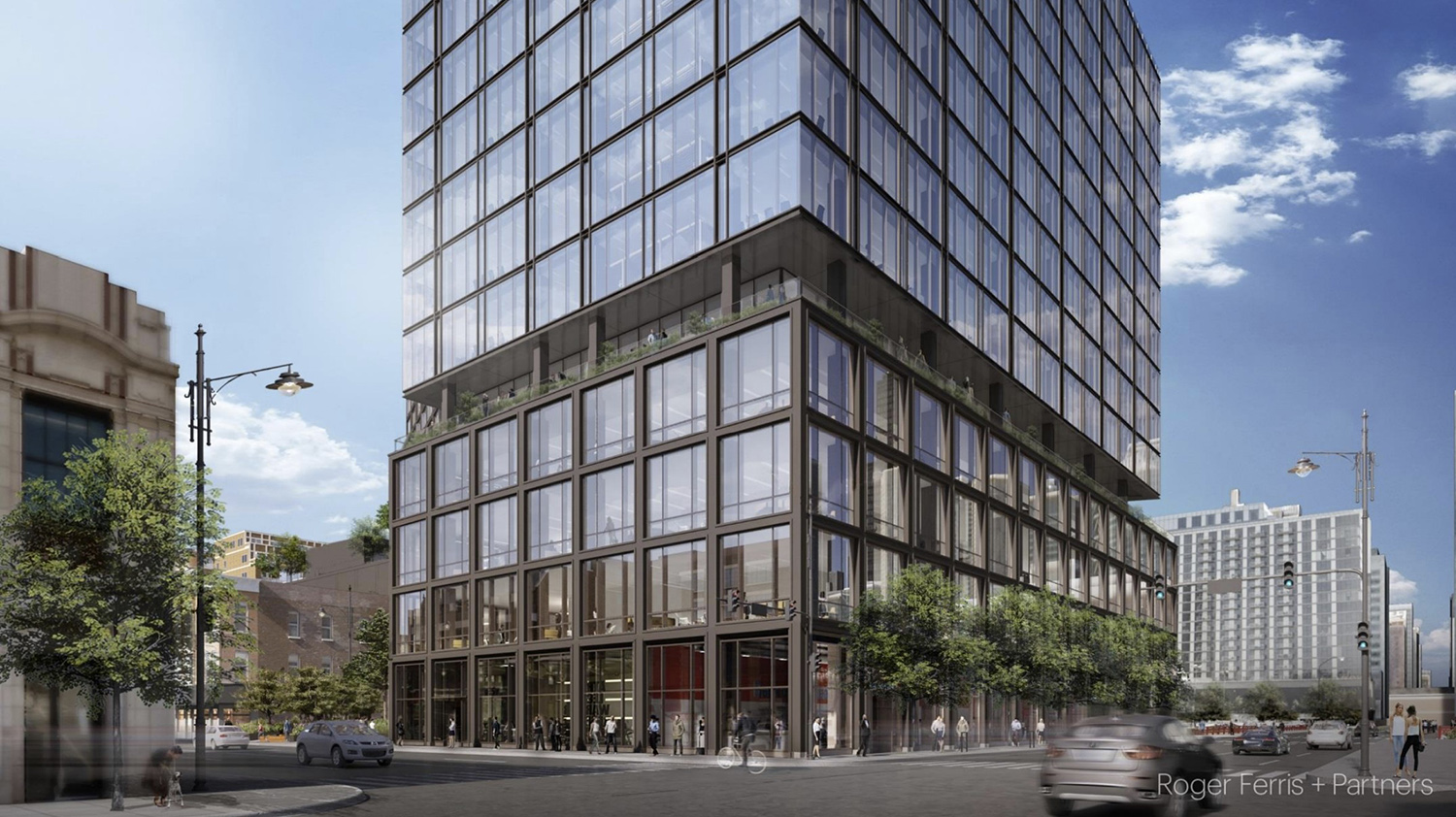 McDonagh Demolition is serving as the wrecking contractor for the existing building. No other permits have been filed or issued, and it remains unclear when Related Midwest will begin construction.