Renovation work is wrapping up at 226 W Jackson Boulevard in The Loop, where Chicago-based Phoenix Development Partners is converting a former 14-story office building to two Hilton hotels. The Classical Revival-styled edifice, originally built in 1904, long served as the headquarters for the Chicago and Northwestern Railroad, and then later as the headquarters for the City Colleges of Chicago. Today it is classified as a national historic landmark, whose exterior is being refurbished and retained in exchange for Class L tax incentives. 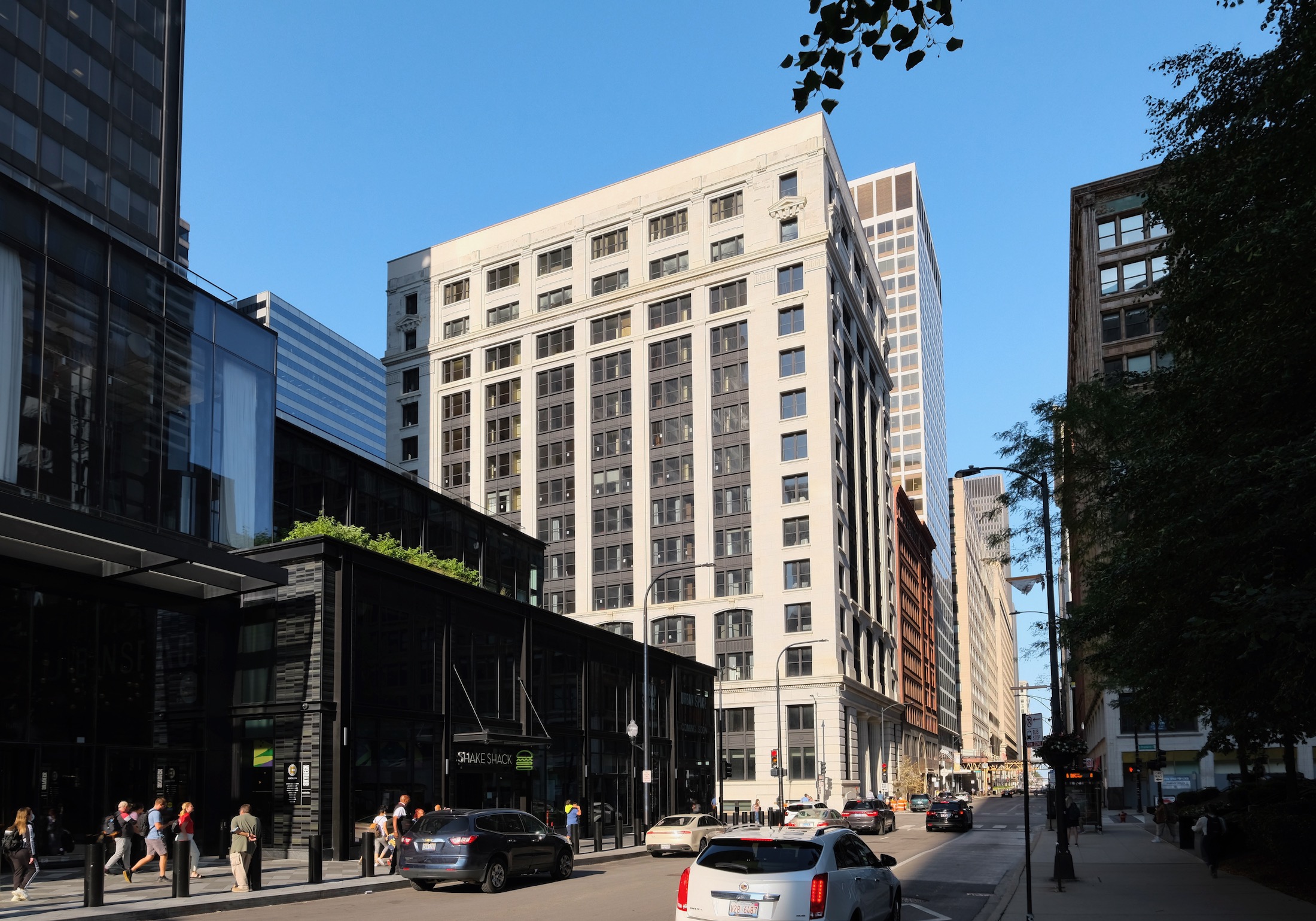 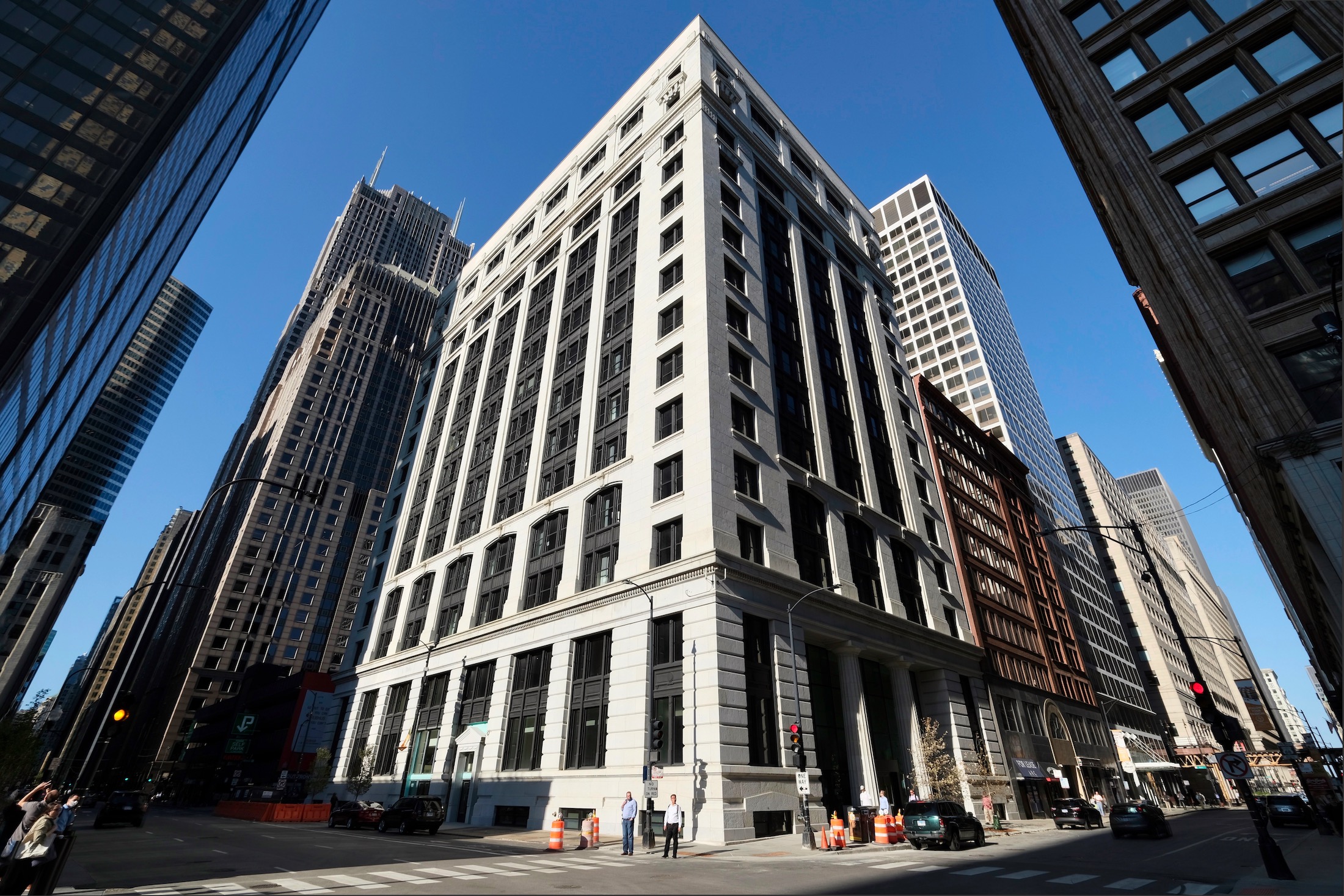 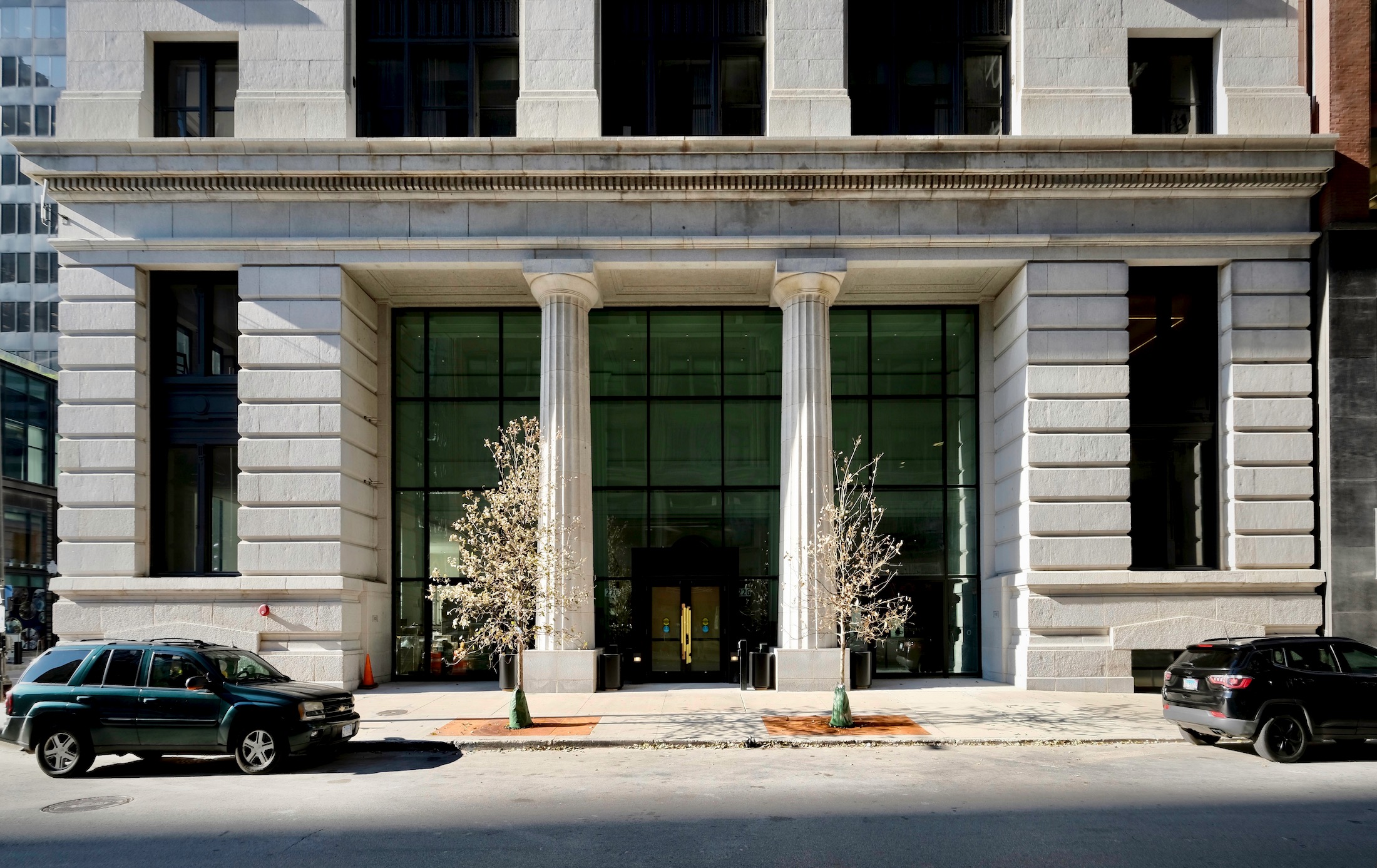 Spanning 238,000 square feet, programming is divided so that the lower floors are to be occupied by a 135-key Hilton Garden Inn, while the upper floors will accommodate a 215-key Canopy by Hilton. Within this space will also be a grand lobby entrance preserved from the original building design, as well as 2,500 square feet of conference rooms, one fitness center for each hotel, and a rooftop restaurant and bar. 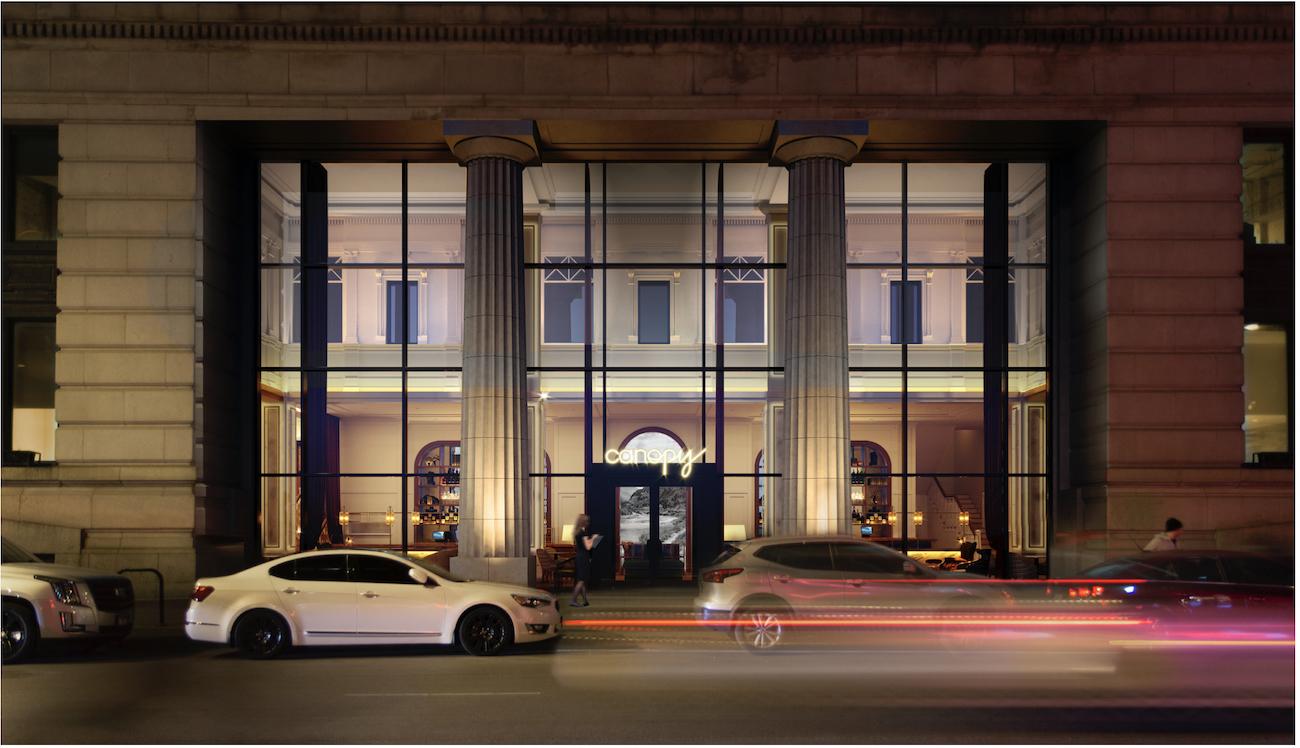 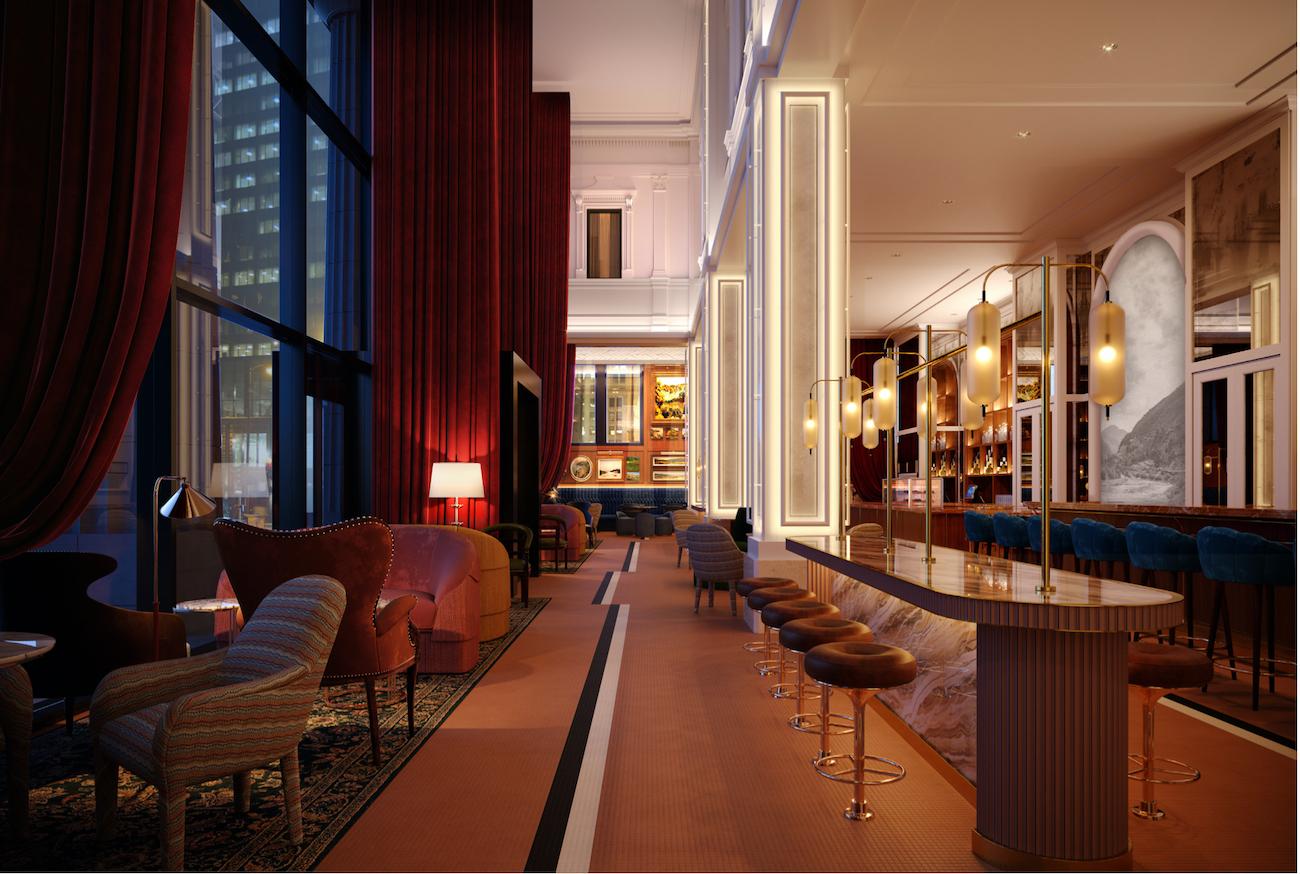 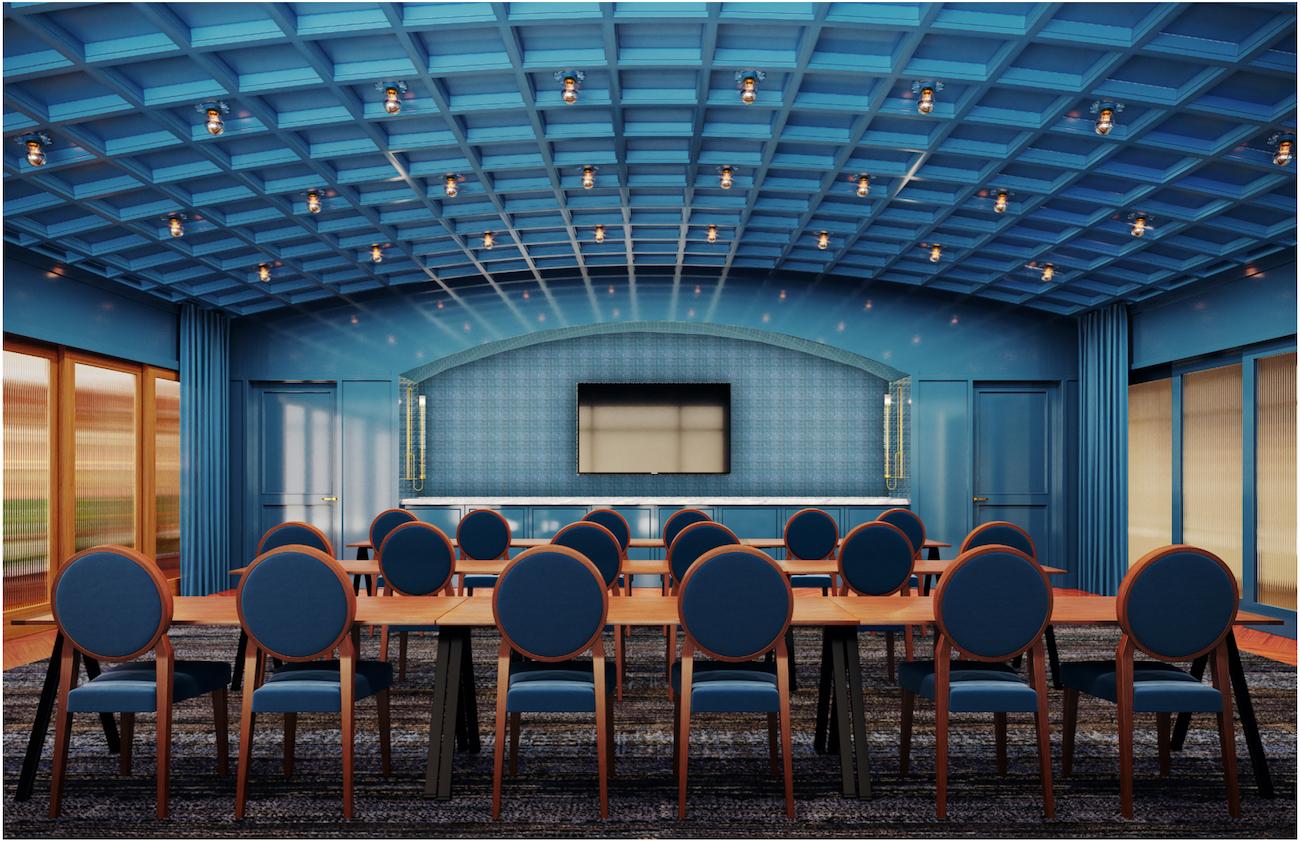 Hartshorne Plunkard Architecture is behind the design of the renovation. While much of the outer shell is being retained, the most notable change will be a new 15th-floor glass and metal-clad enclosure to house the aforementioned dining space. Also on this level will be extensive landscaping to further breathe life into the previously vacant rooftop. Given that much of the interior had been hollowed out for the new hotels, these new spaces will take on a classically-inspired look with a modern element. 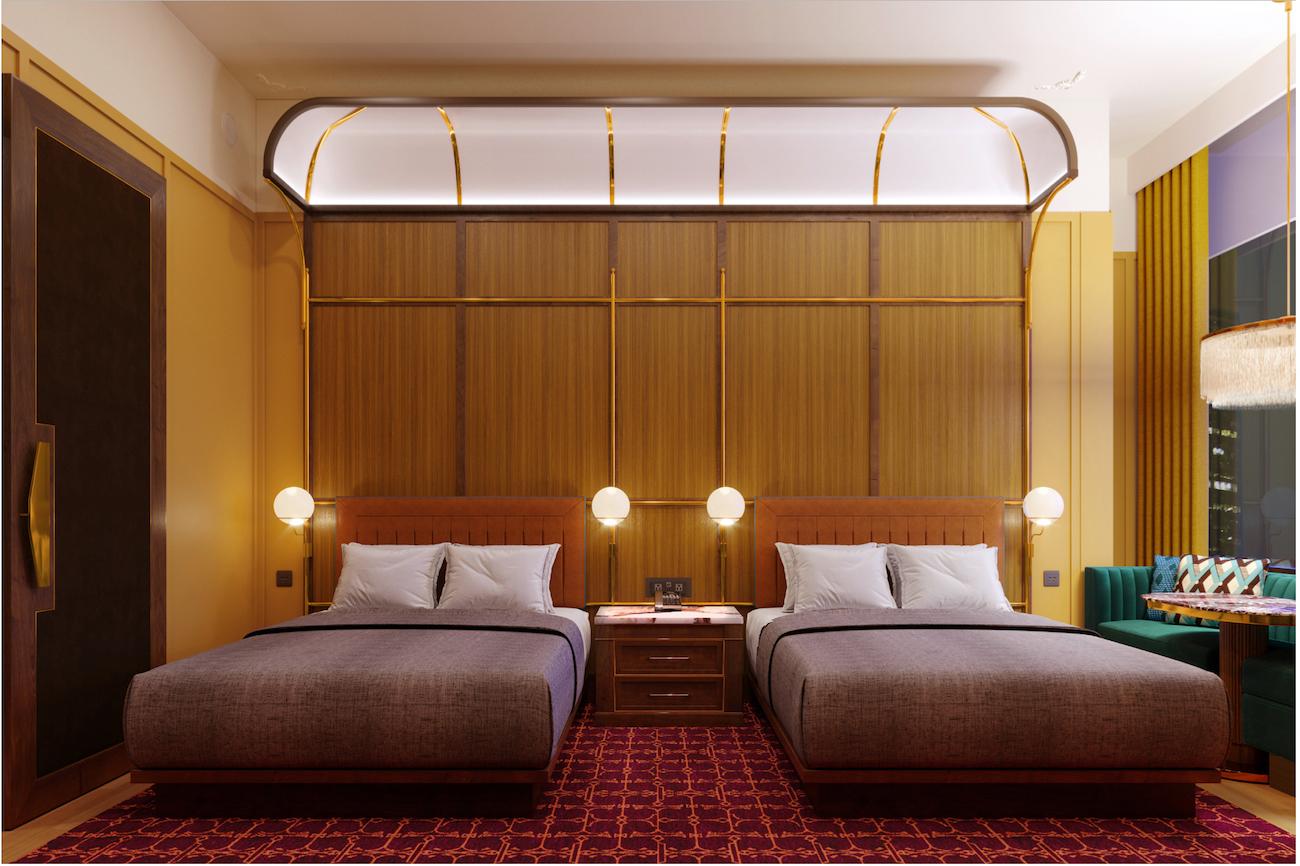 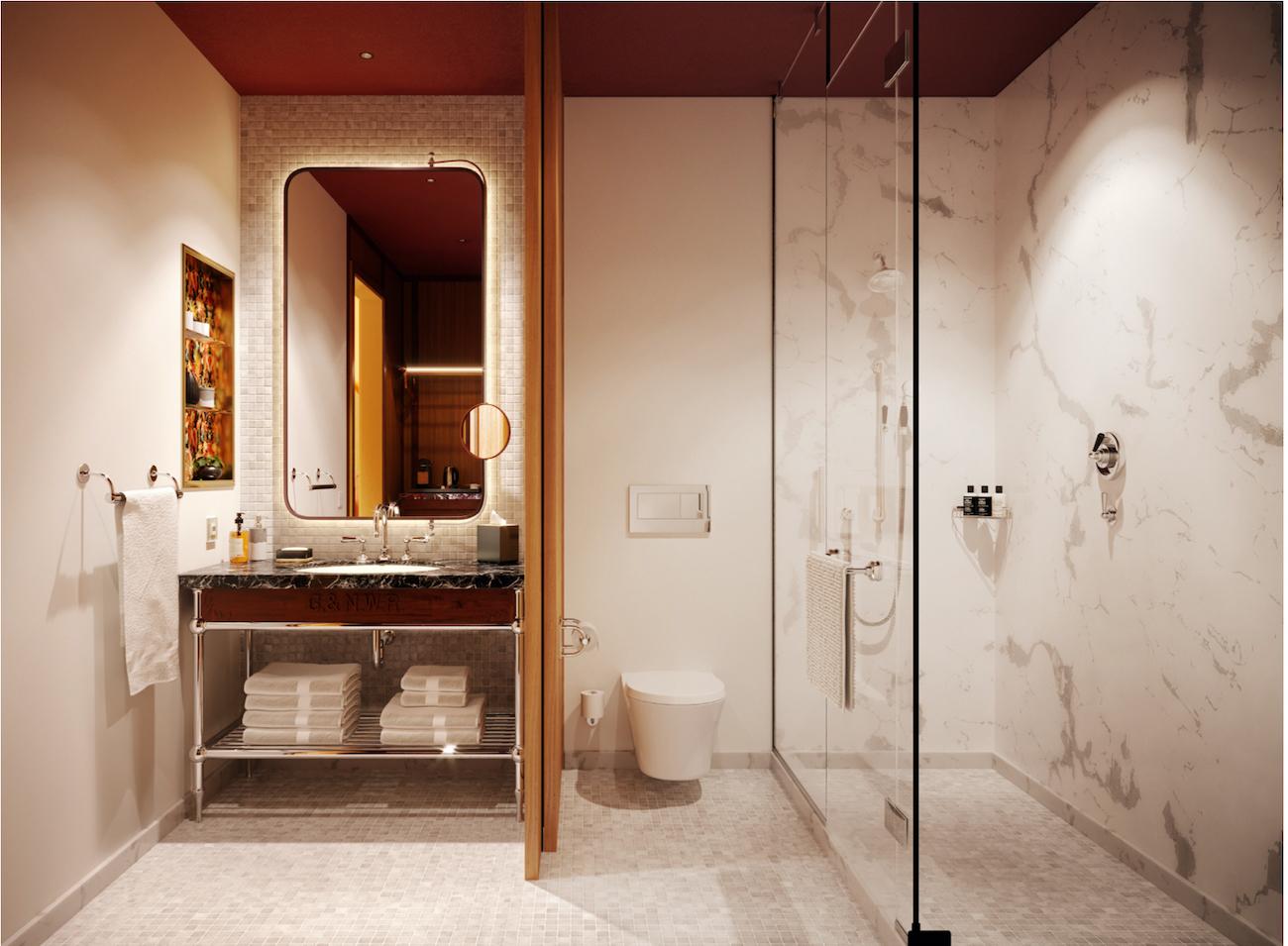 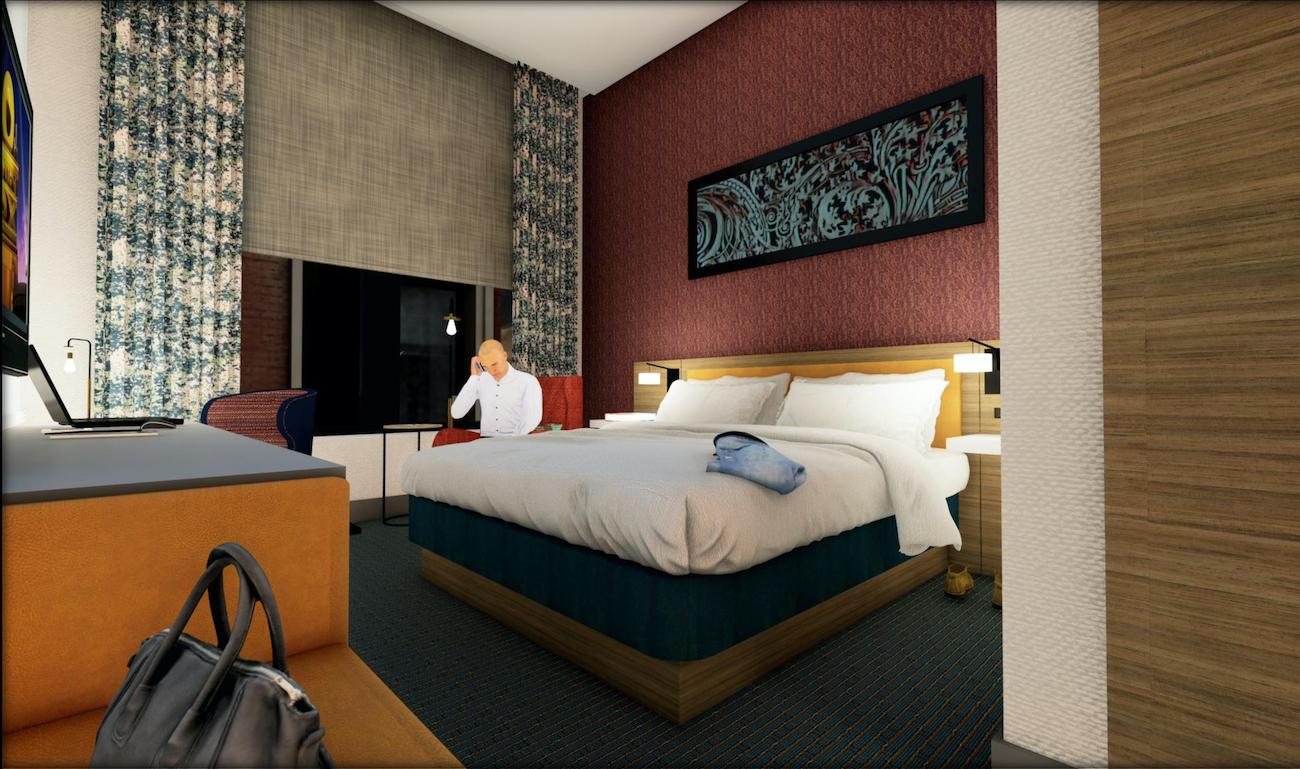 The property is prominently located, lying directly across Franklin Street from the Willis (formerly Sears) Tower. Also nearby are a wide array of bus access points, with stops for Routes 1, 7, 28, 121, 126, 130, 134, 135, 136, 151, and 156 all within a two-minute walk. Those looking to board the CTA L will find service for the Brown, Orange, Pink, and Purple Lines via Quincy station, a two-minute walk northeast. Both the Amtrak and Metra lies just to the west at Union station. 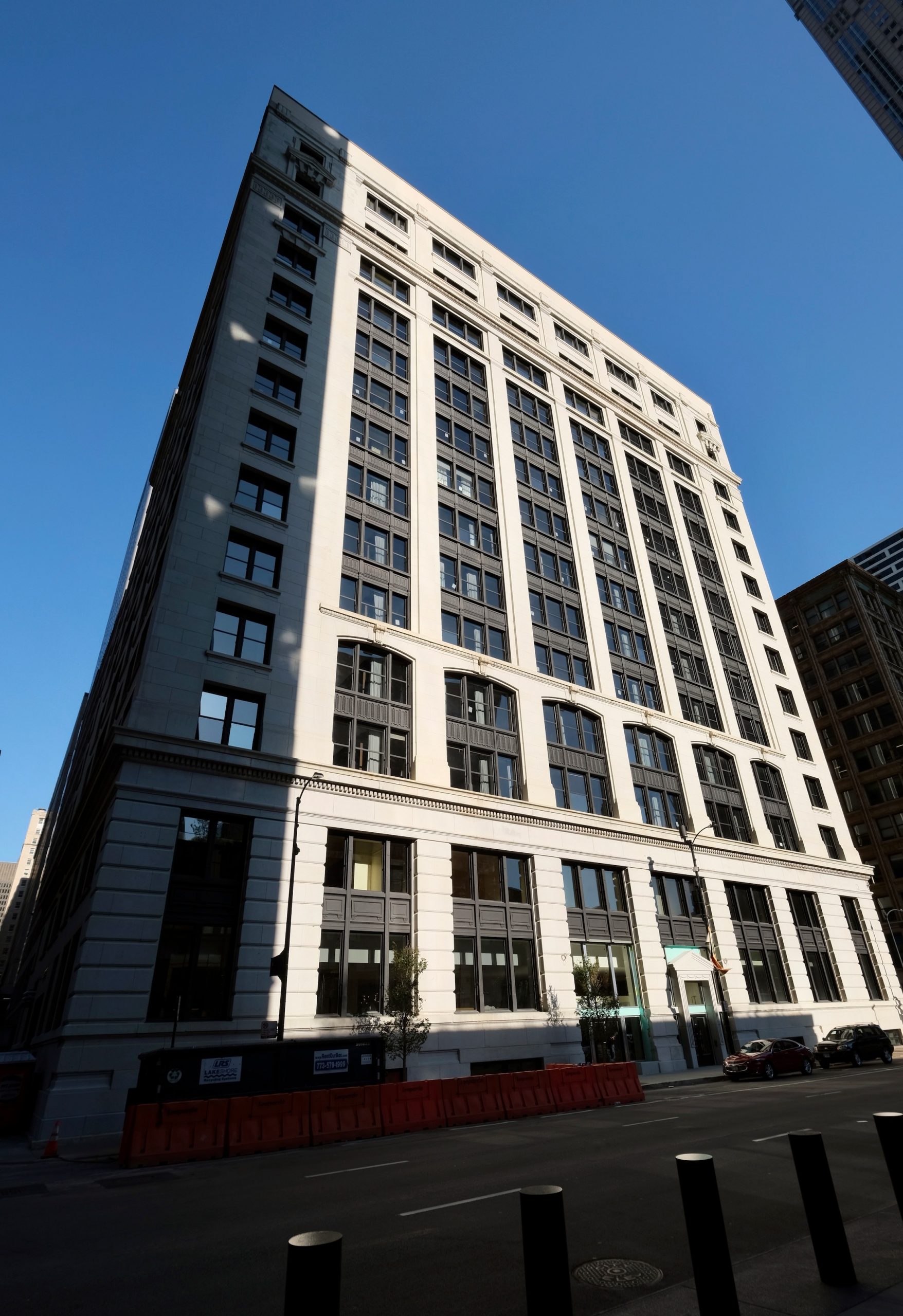 Hotel visitors will have a range of dining and retail available to the west within the West Loop district, as well as to the east and northeast along major thoroughfares such as Wabash Avenue and Michigan Avenue. 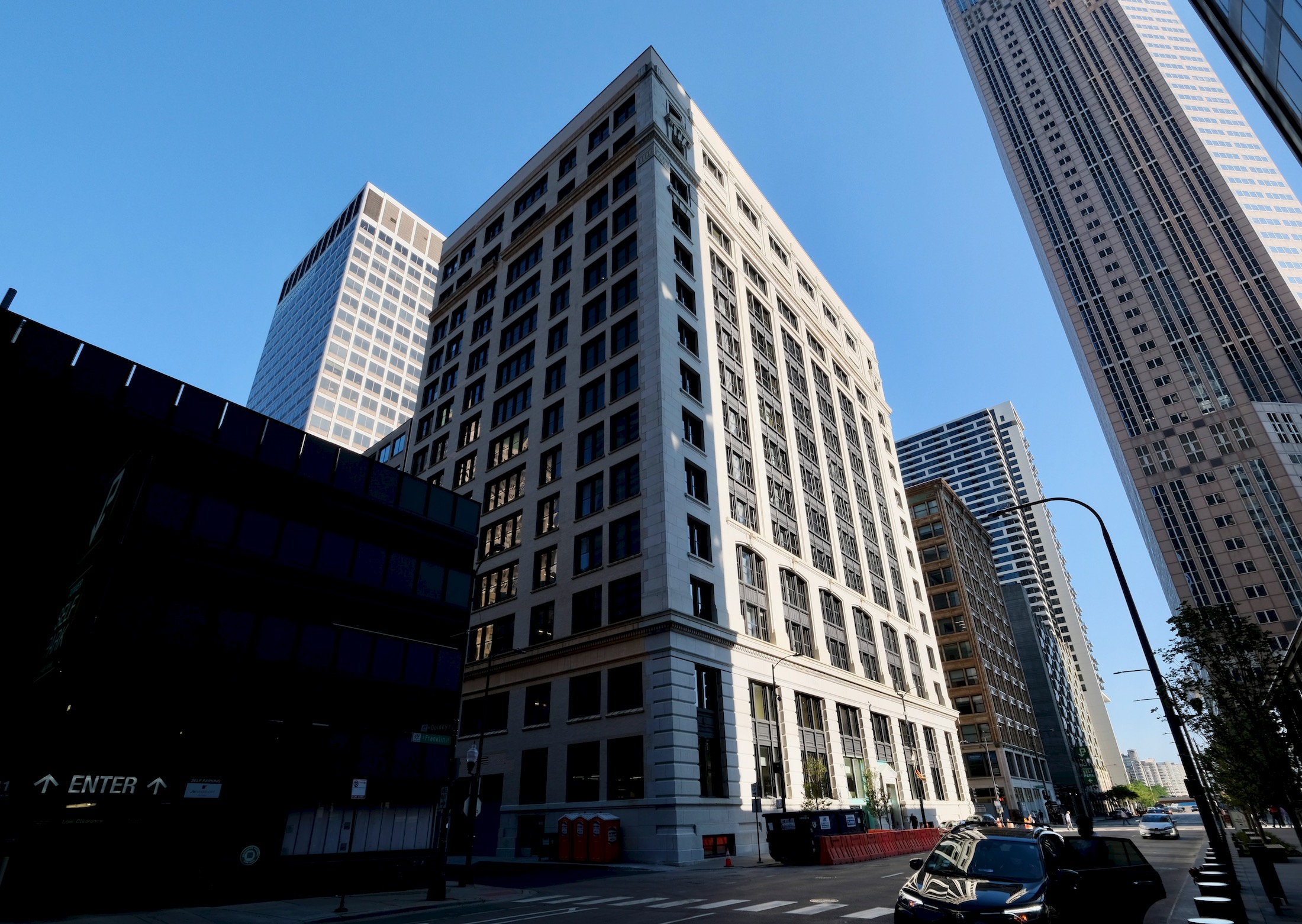 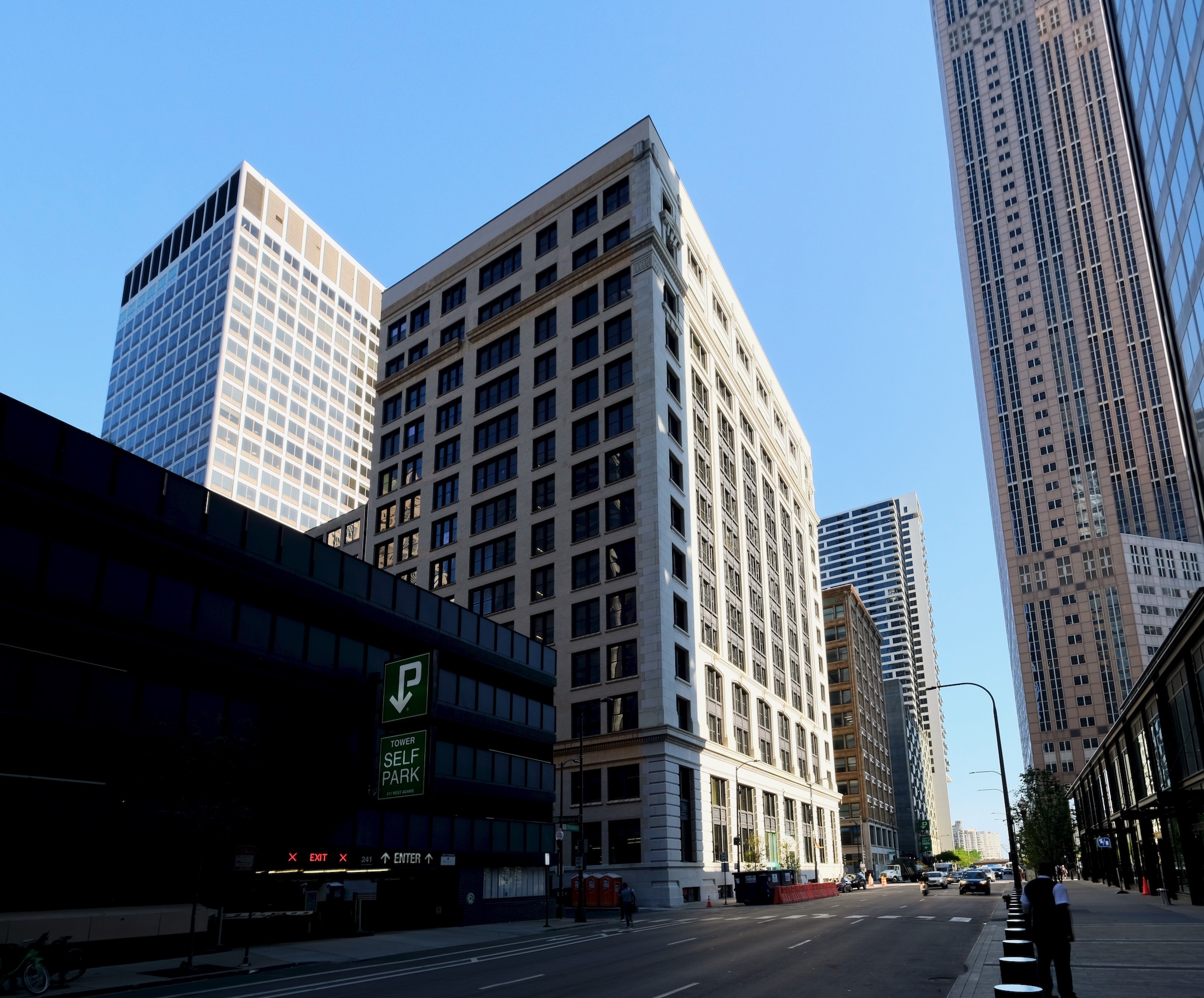 The full conversion has a reported price tag of $100 million, with Leopardo Construction as the general contractor. Both hotels will open next month, while the rooftop lounge and bar will open by early 2022.