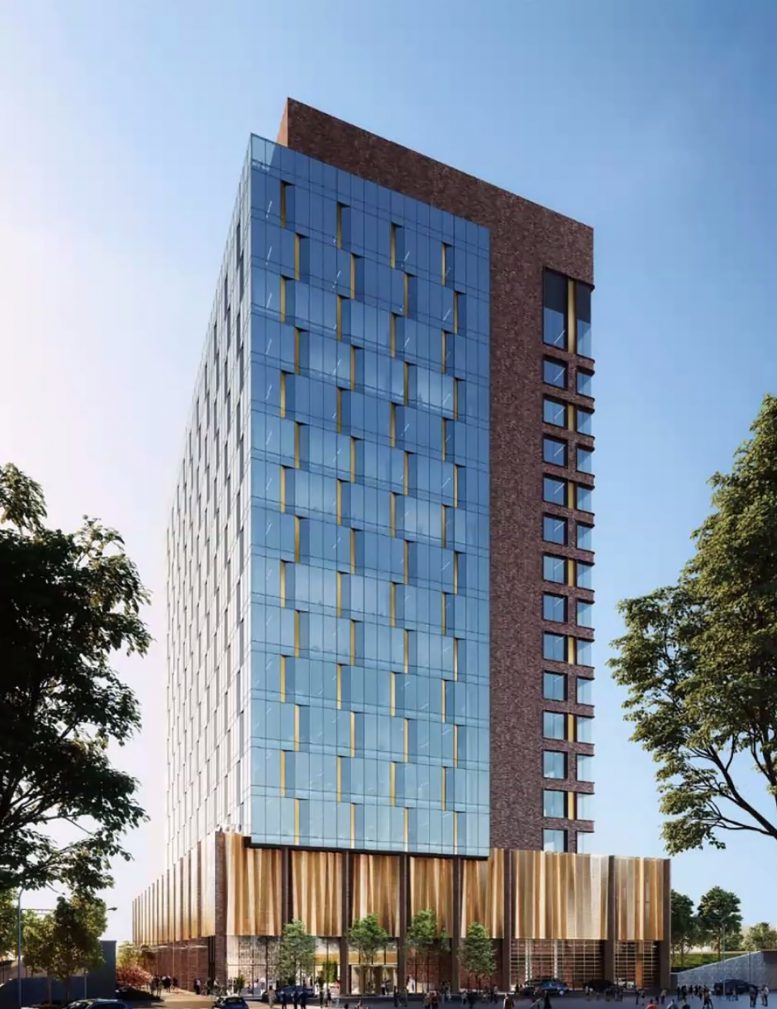 Renderings have been revealed for a proposed laboratory office development at 400 N Elizabeth Street in the West Loop. Fronting N Elizabeth Street, the irregularly shaped lot is bound by W Ogden Avenue to the west, N Elizabeth Street to the east, and Metra rail tracks to the north and south. The vacated W Kinzie Street runs along the southern edge of the property. Mark Goodman & Associates is the developer behind the project. 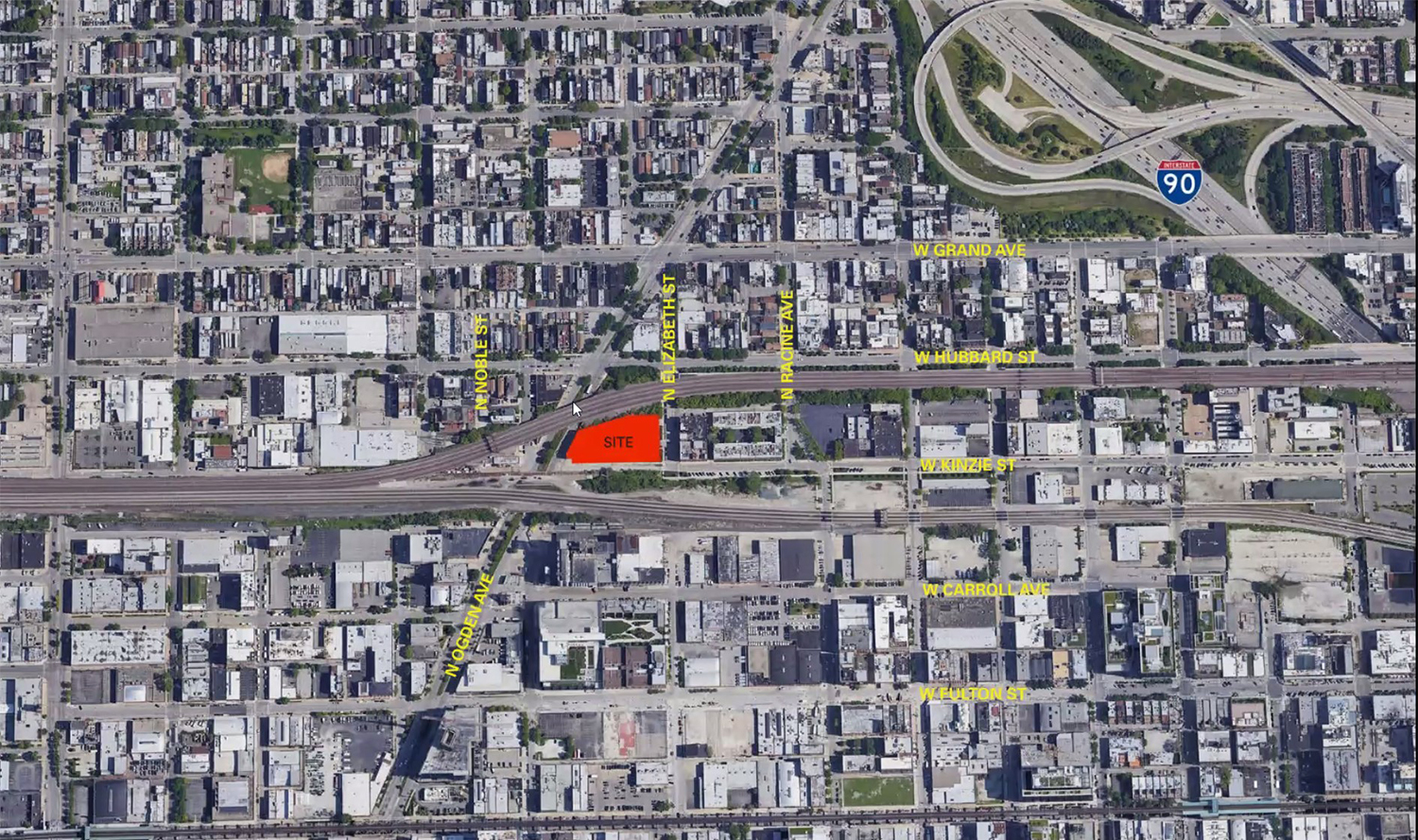 Designed by Solomon Cordwell Buenz, the new construction would consist of a 19-story tower holding laboratory office space. Rising 309 feet, the tower will hold exclusively laboratory space in addition to 217 parking spots. The pedestrian realm will feature a pedestrian thruway on the vacated W Kinzie Street from N Elizabeth Street to N Ogden Avenue. The connection would offer direct pedestrian access to a future planned Metra stop across from the development along N Ogden Avenue. 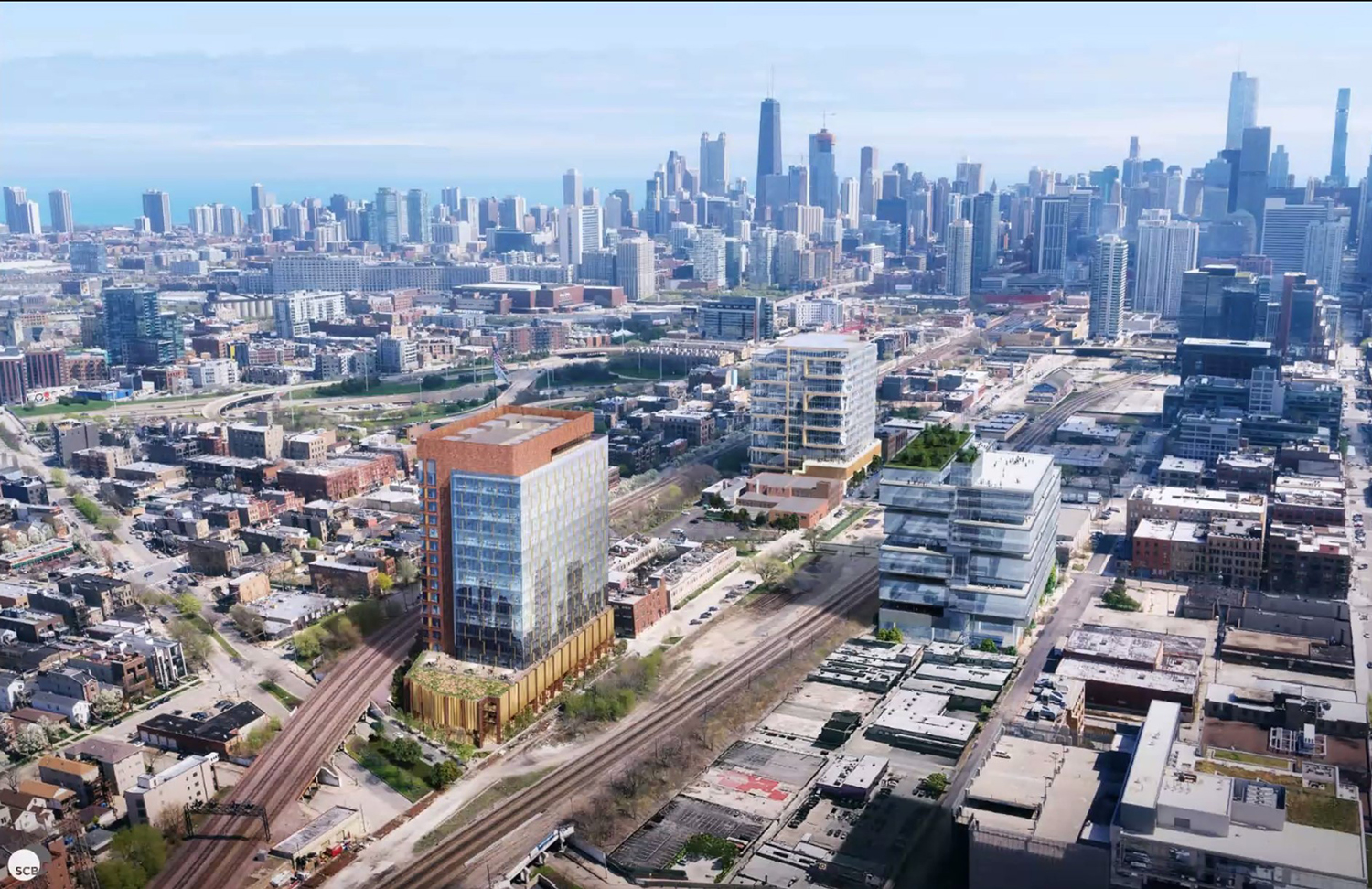 The design of the tower is inspired by the history of Chicago railroads as well as the surrounding context of loft buildings. The massing of the building is broken into three components. The northern component is the tallest portion and is faced in brick with a punched window opening expression. The southern volume of the tower is clad in a glass curtain wall allowing southern light to enter the interior. The glazing will incorporate brass metal features that indent into the window system to cut down on solar gain. 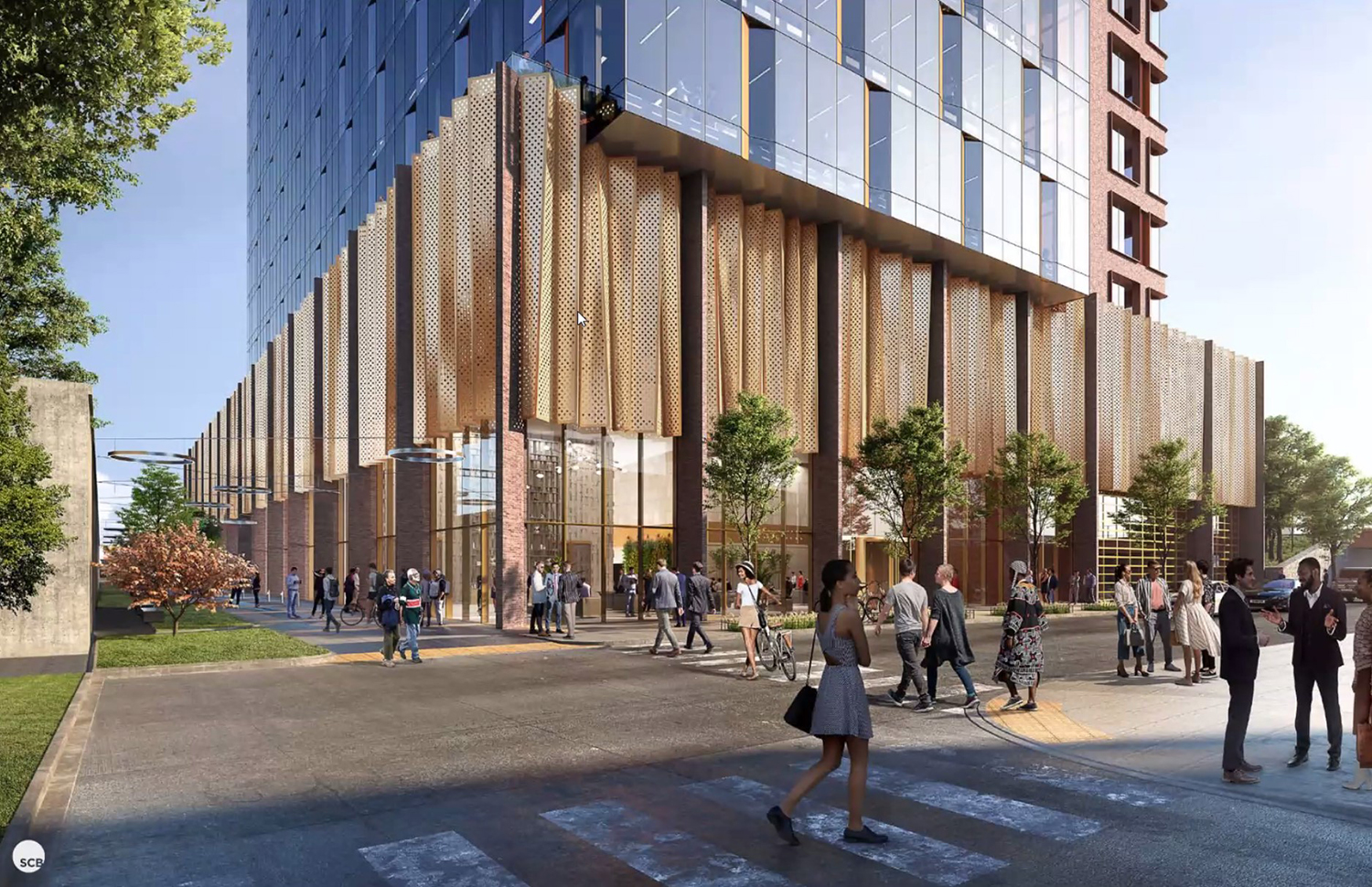 The two combined tower volumes will stand on a three-story podium. The base will consist of the ground floor as well as two floors of parking. Perforated corrugated metal will clad the podium to hide the parking levels, creating a metal screen with depth that wraps around three sides of the podium. The northern wall will be covered with a patterned screen. The design took the cross section of railroad rails and overlaid them with a track pattern to create the form that allows for an open screened garage. 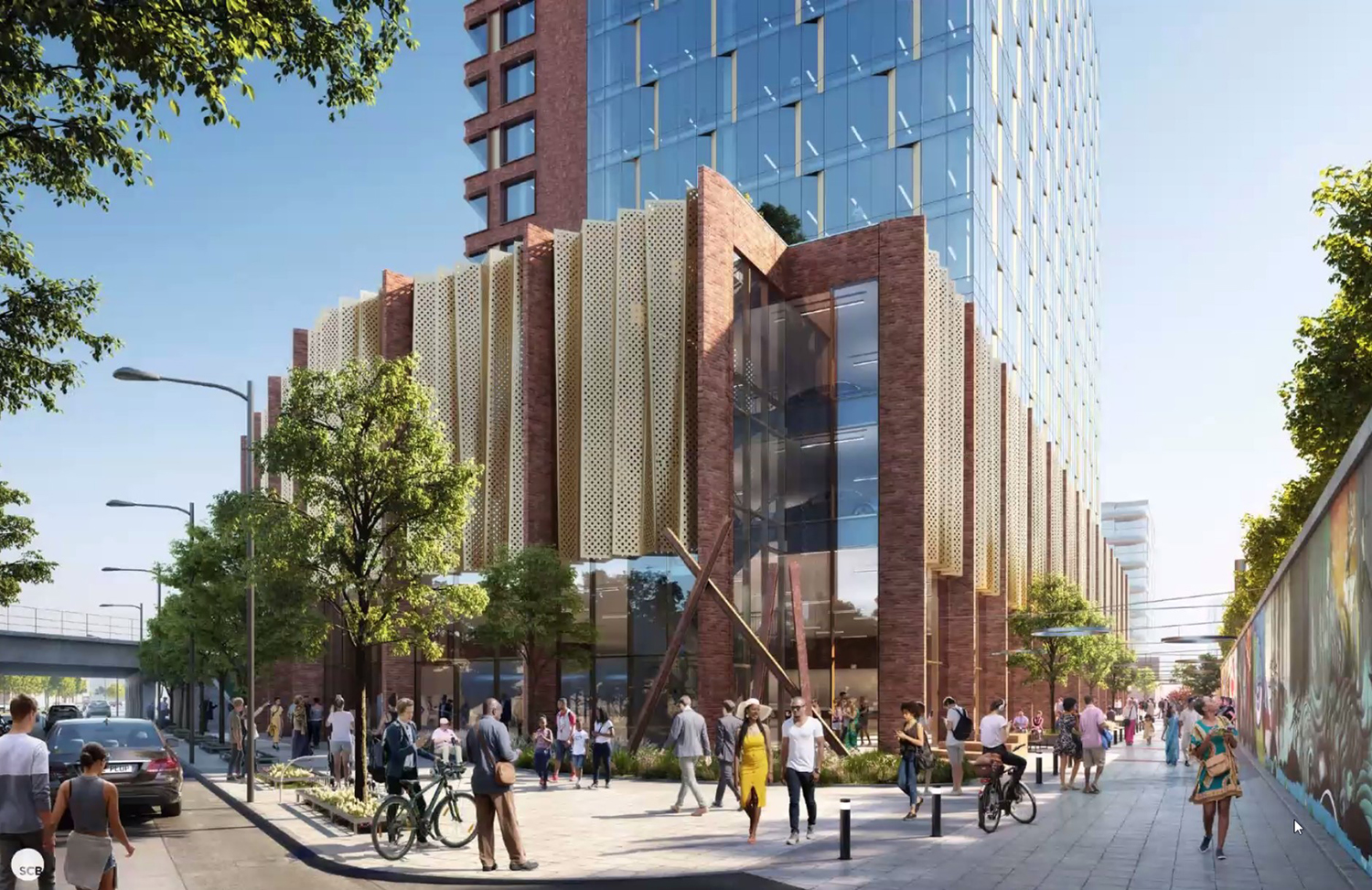 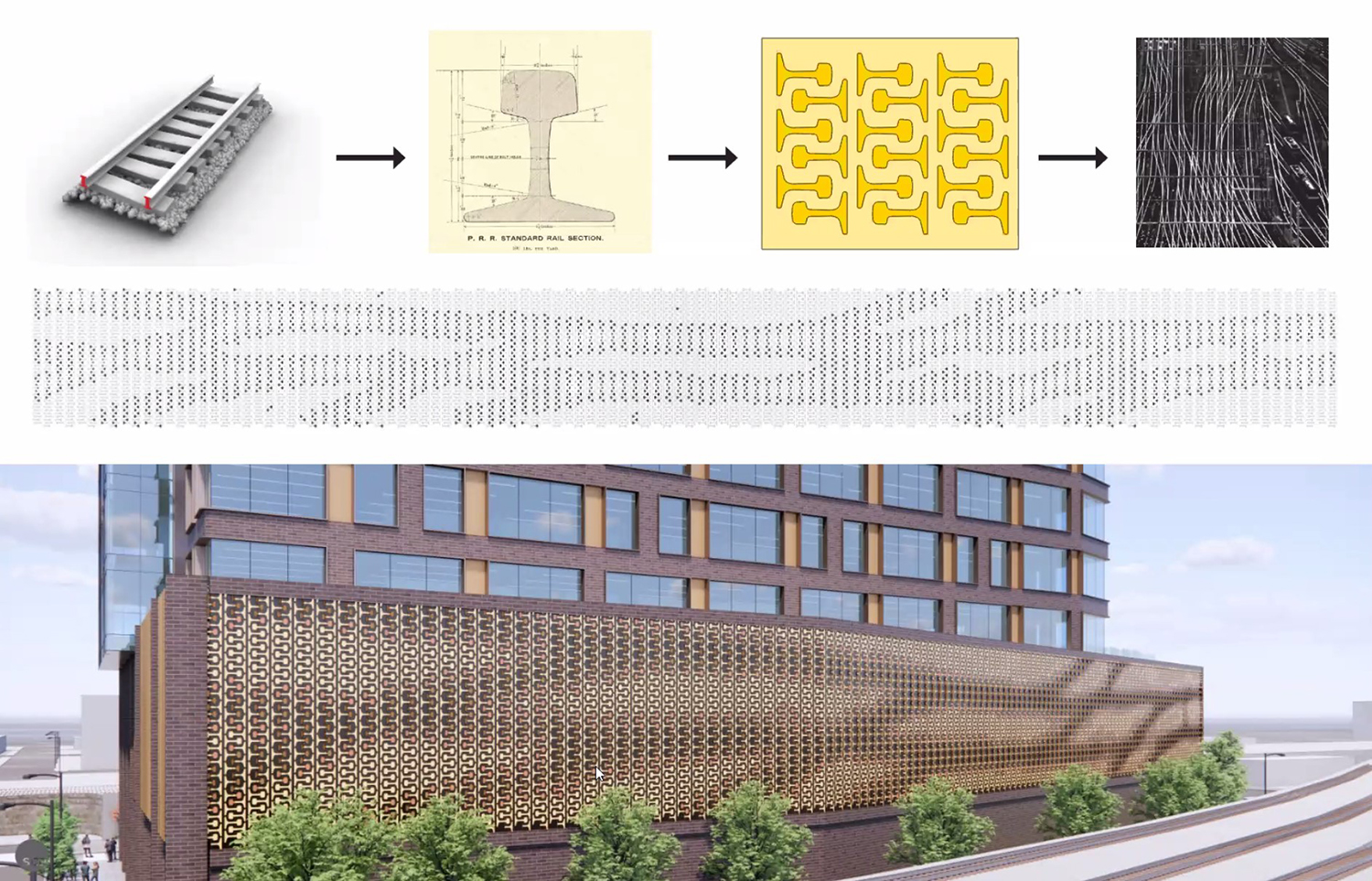 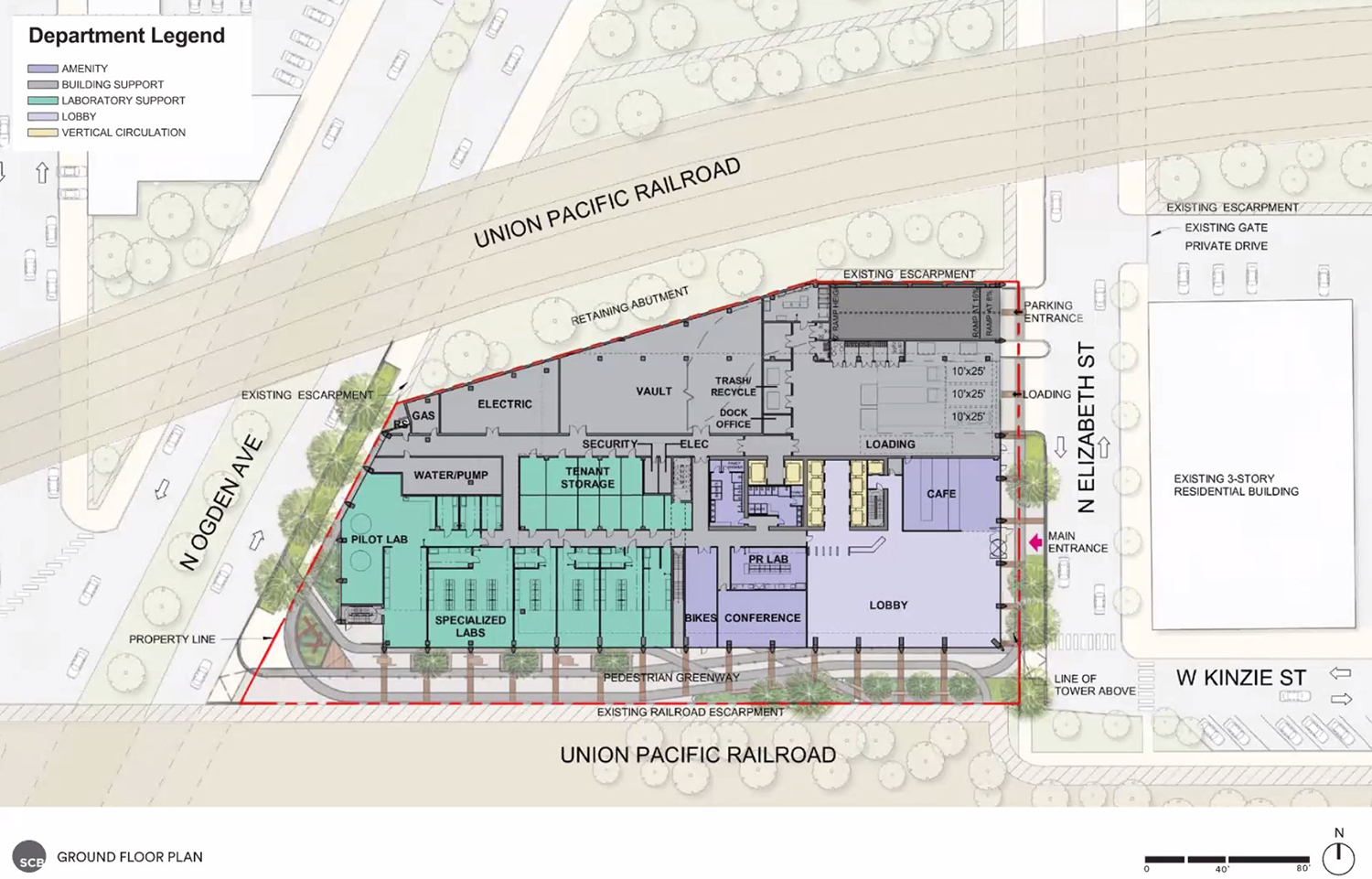 The upper two floors of the podium will hold the planned 217 parking spots. After the podium, the tower portion will set back to create a distinct separation between base and tower. The fourth floor will hold the leasing office, a fitness center, an outdoor terrace, and some office space in the remainder of the floor plate. 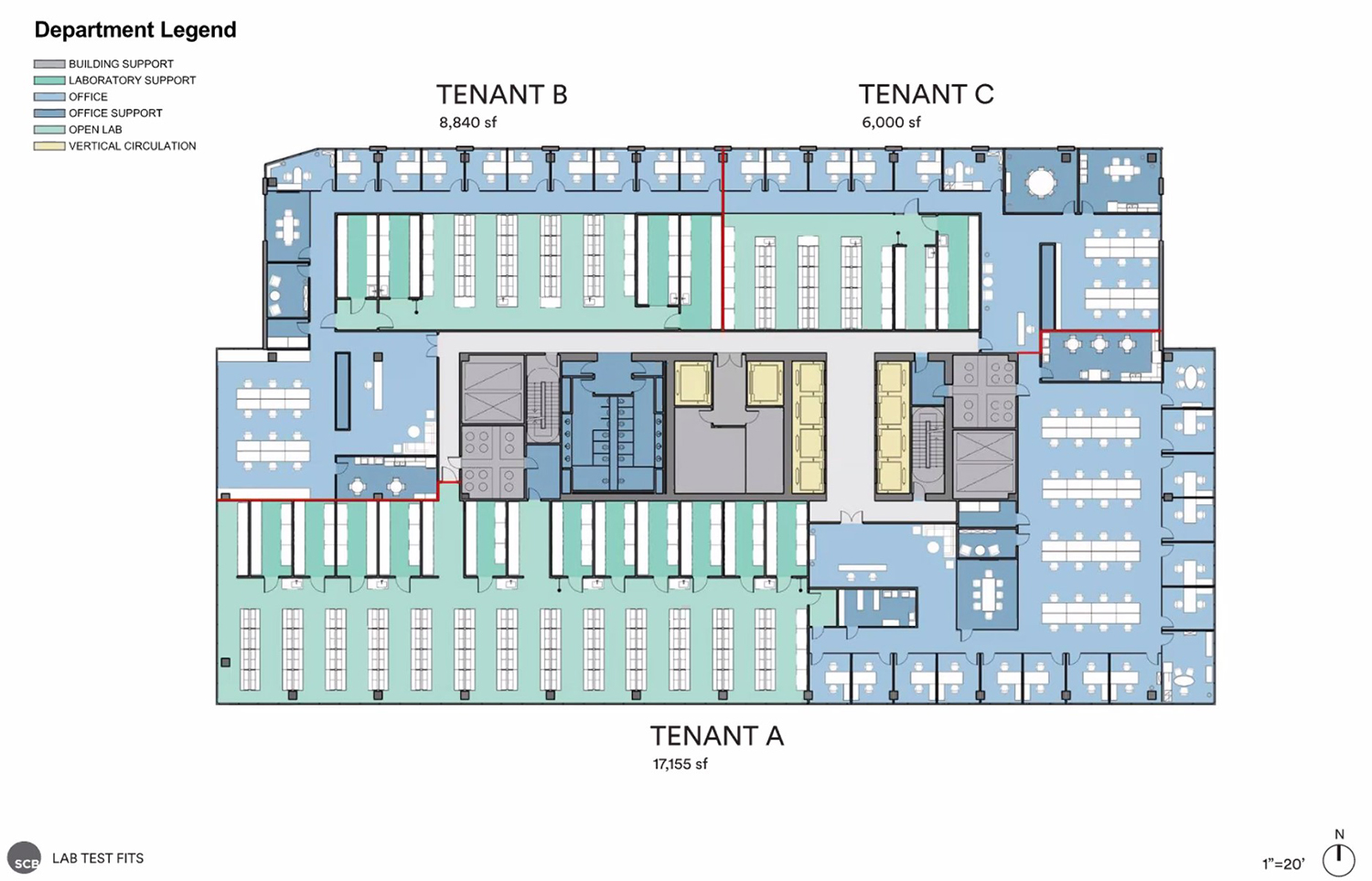 The fifth floor will be the first of the typical office levels, with laboratory layouts expected to separate the wet labs from their more typical office space on each floor. The top floor will feature a board room and more outdoor terrace space. The rest will comprise mechanical space to accommodate needs of the laboratories. 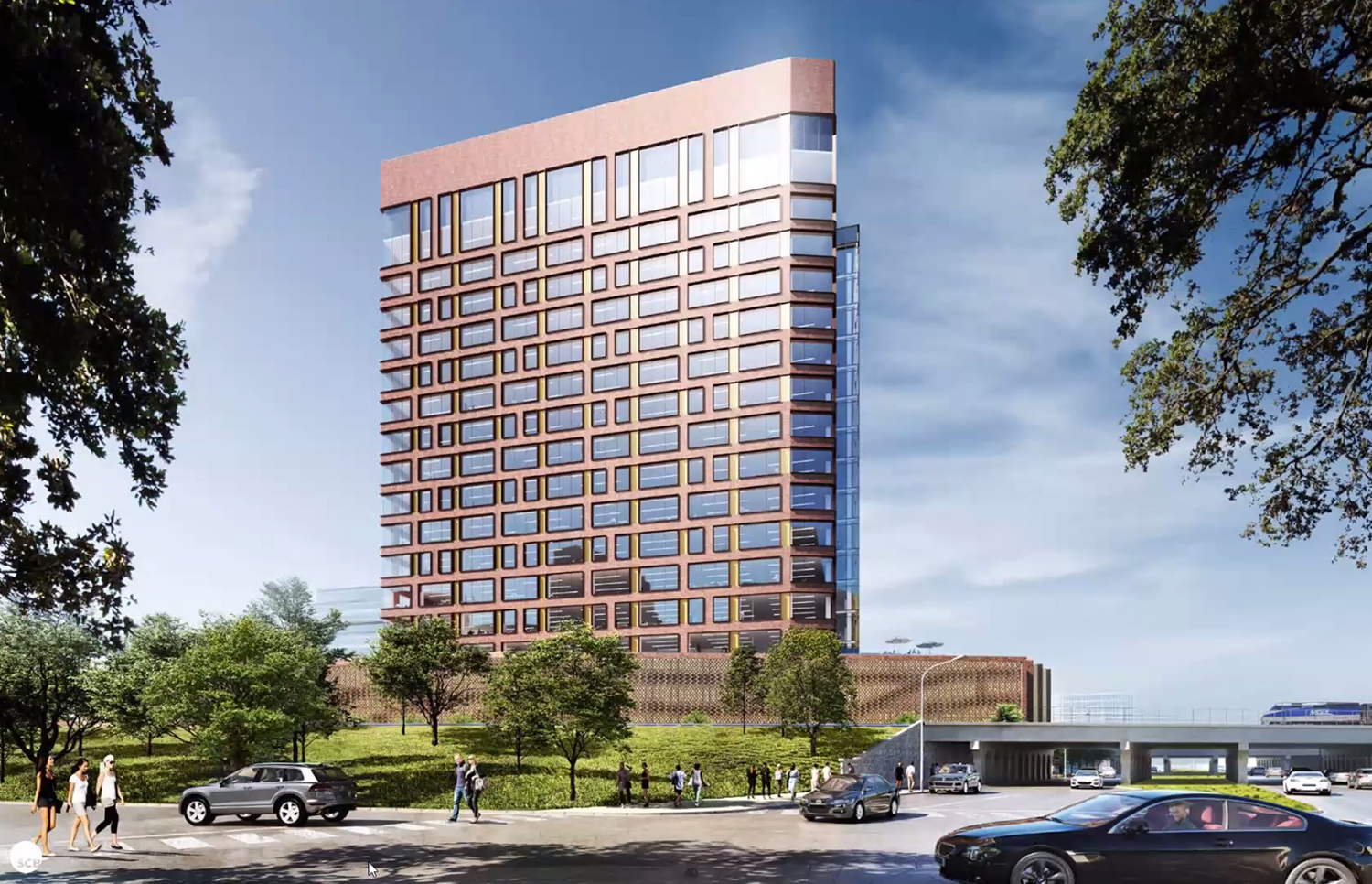 The developers have requested to rezone the site from C3-3 to DX-5, with an overall Planned Development designation. The roughly $218 million proposal will require approvals from the local alderman, Chicago Plan Commission, zoning committee, and full Chicago City Council. Construction is expected to last for 18 months, but an expected commencement date has yet to be announced.