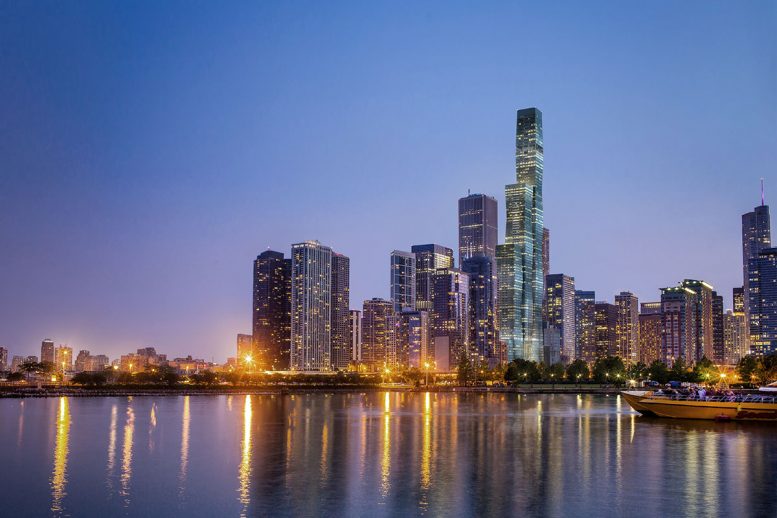 Exterior work continues around the hotel portion of the partially-complete St. Regis Chicago (formerly Vista Tower), a 101-story mixed-use skyscraper in Lakeshore East. Rising 1,191 feet at 375 E Wacker Drive, this supertall tower now ranks as Chicago’s third tallest building. Developed by Magellan Group, the tower will house a 191-key hotel on the first 11 floors, while the remaining floors will comprise of 393 condominiums. St. Regis Hotel and Resorts, a subsidiary of Marriott International, manages both the hotel and residential portion. 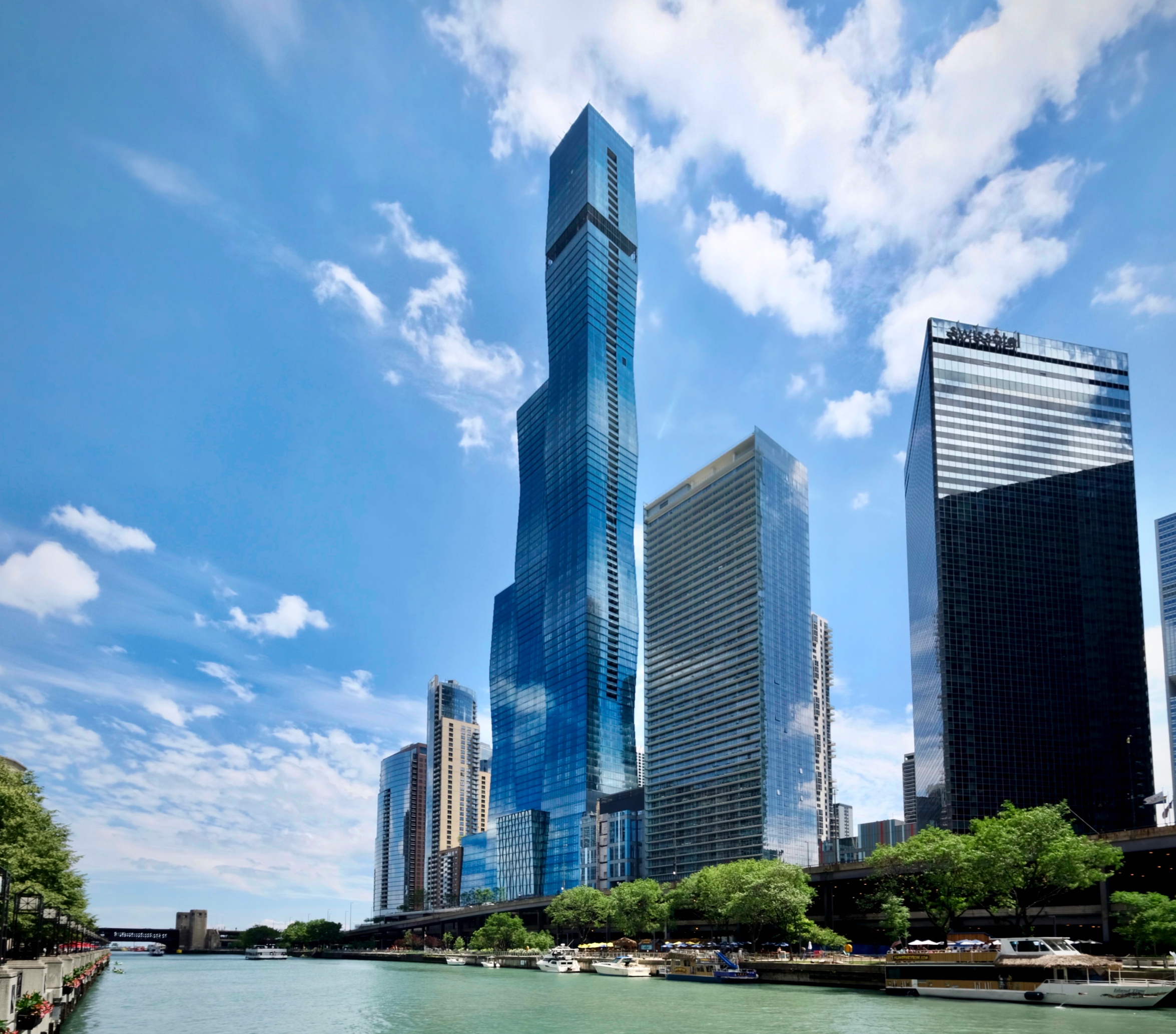 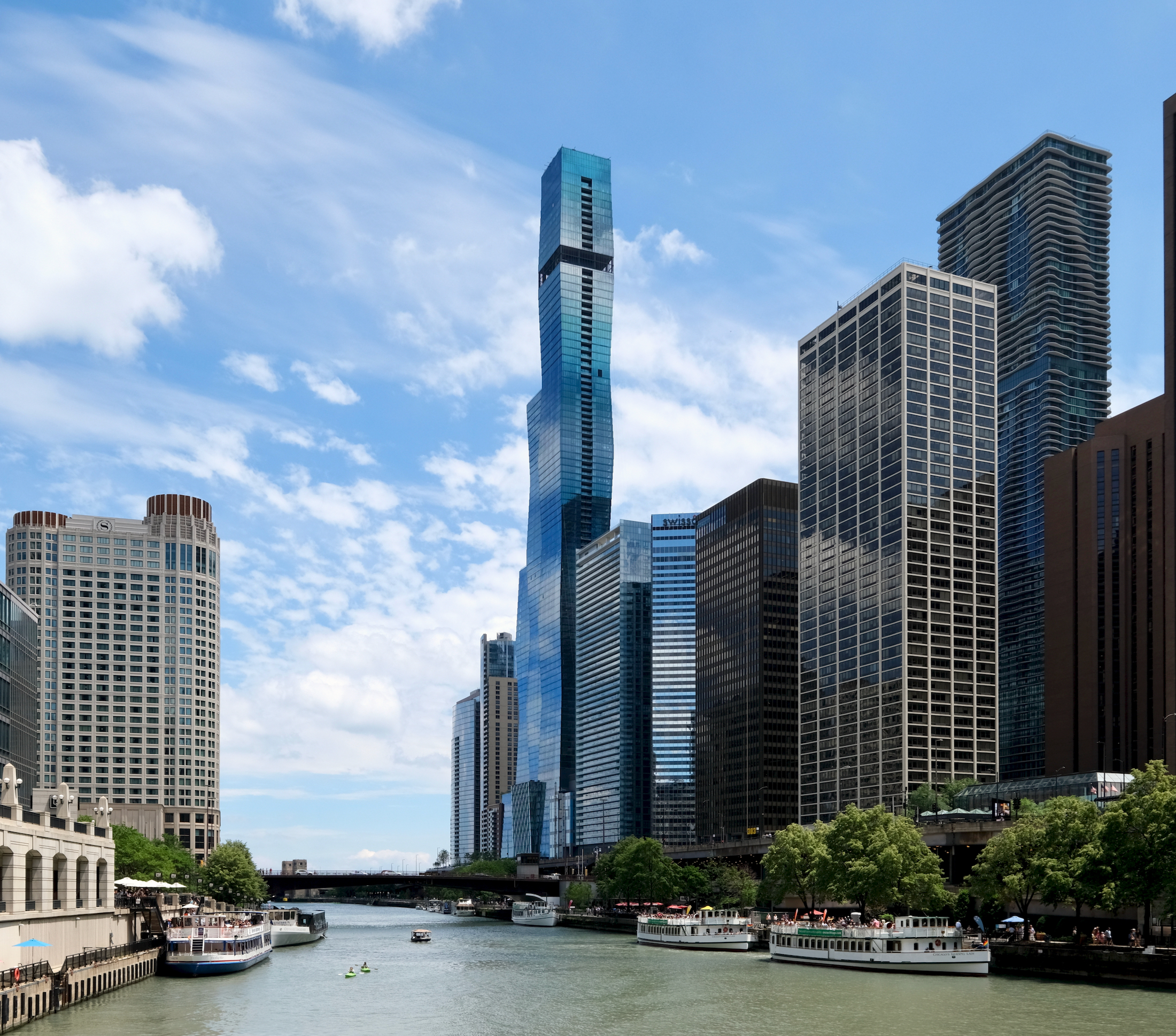 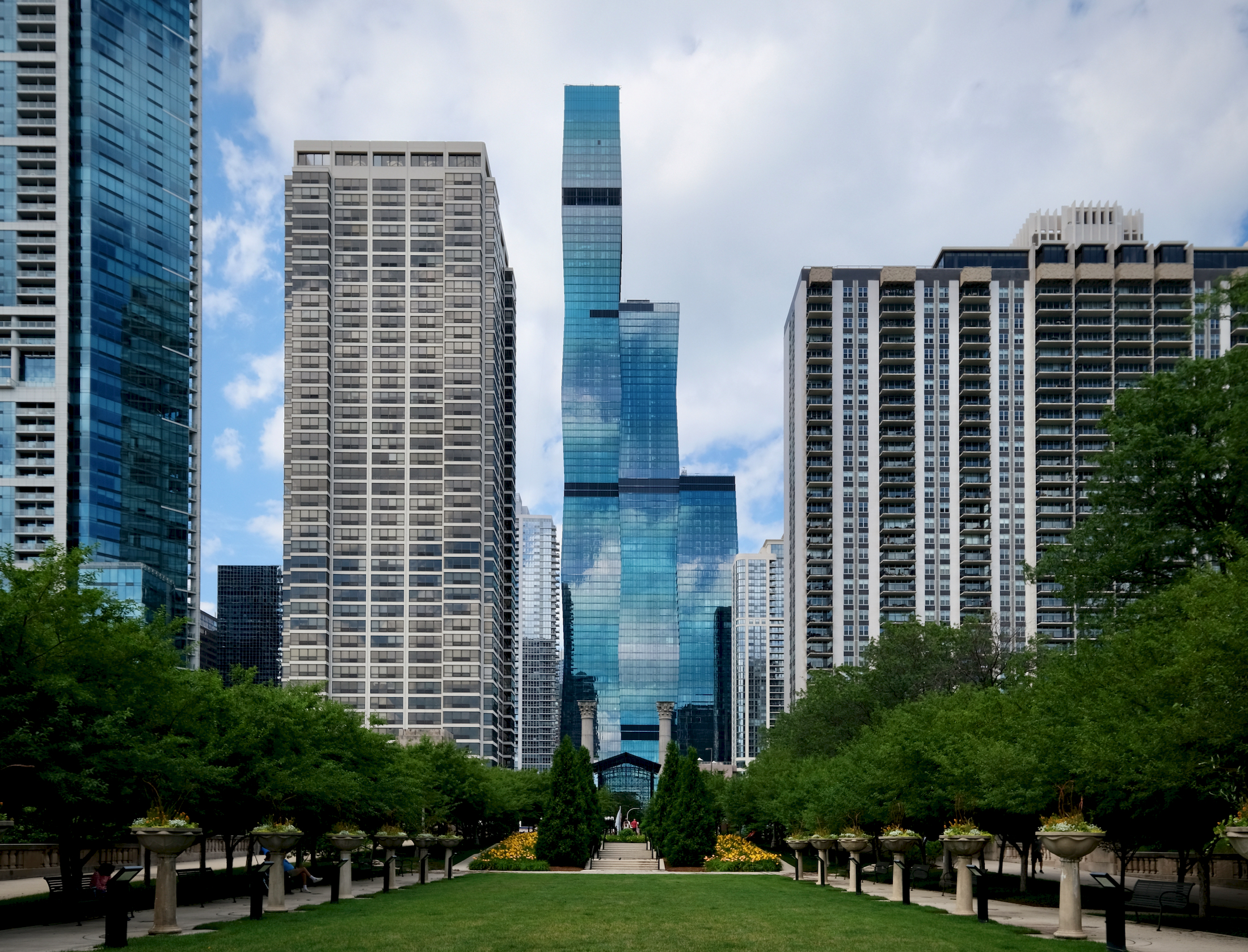 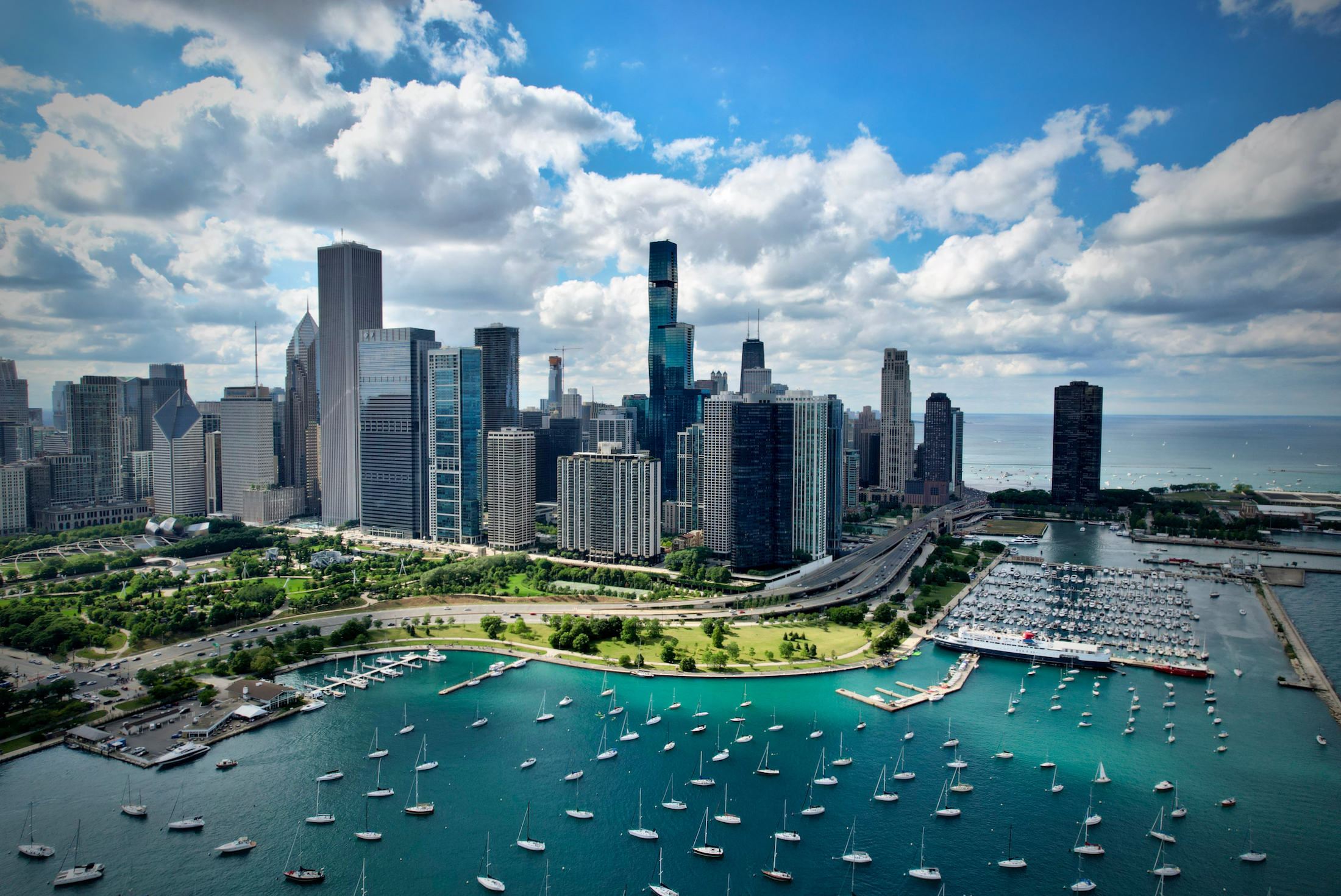 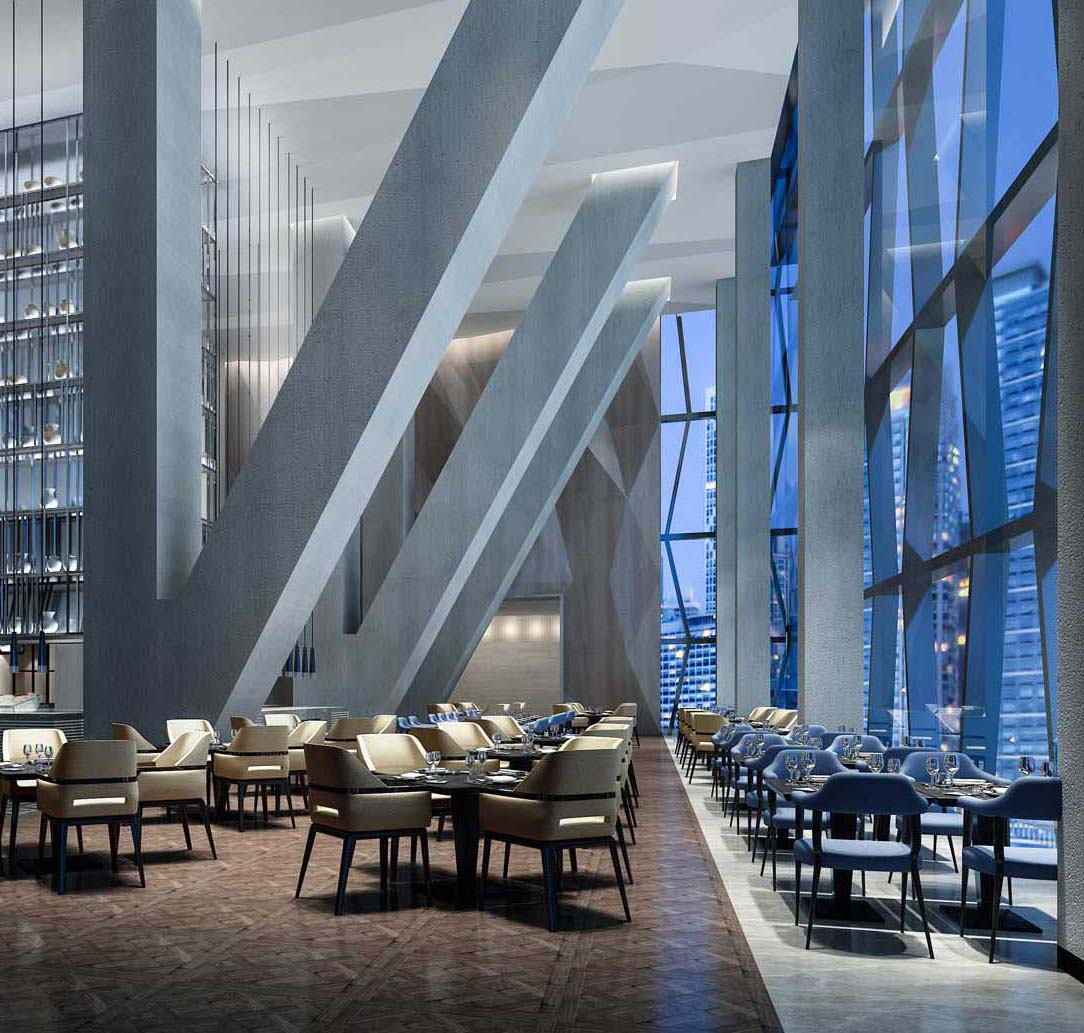 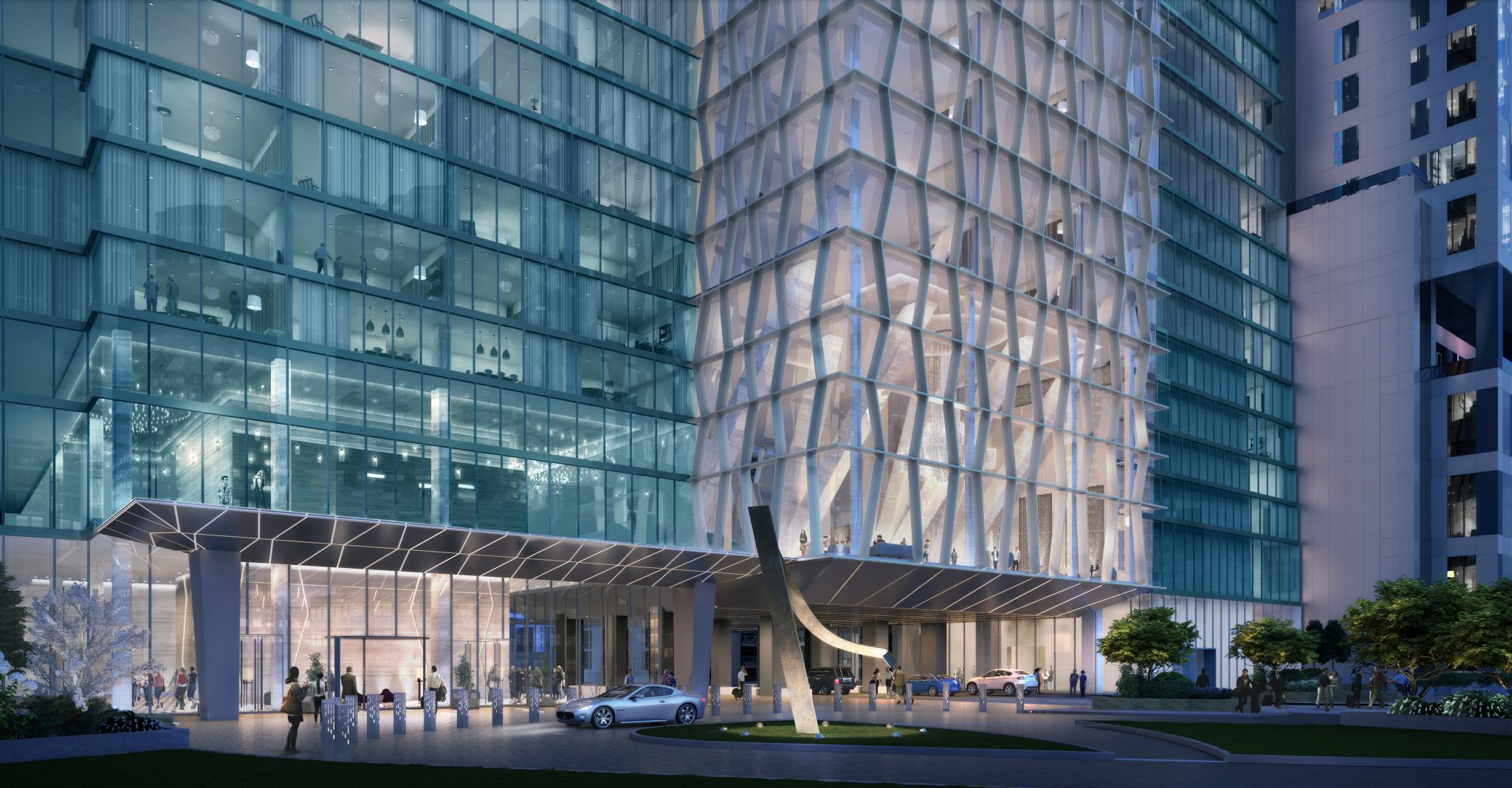 The still-underway hotel will feature a pool, a fitness center and spa, an outdoor terrace, a ballroom, and a business center. Accompanying this hotel portion will be two restaurants by the world-renown Alinea Group lining the second and 11th floors. 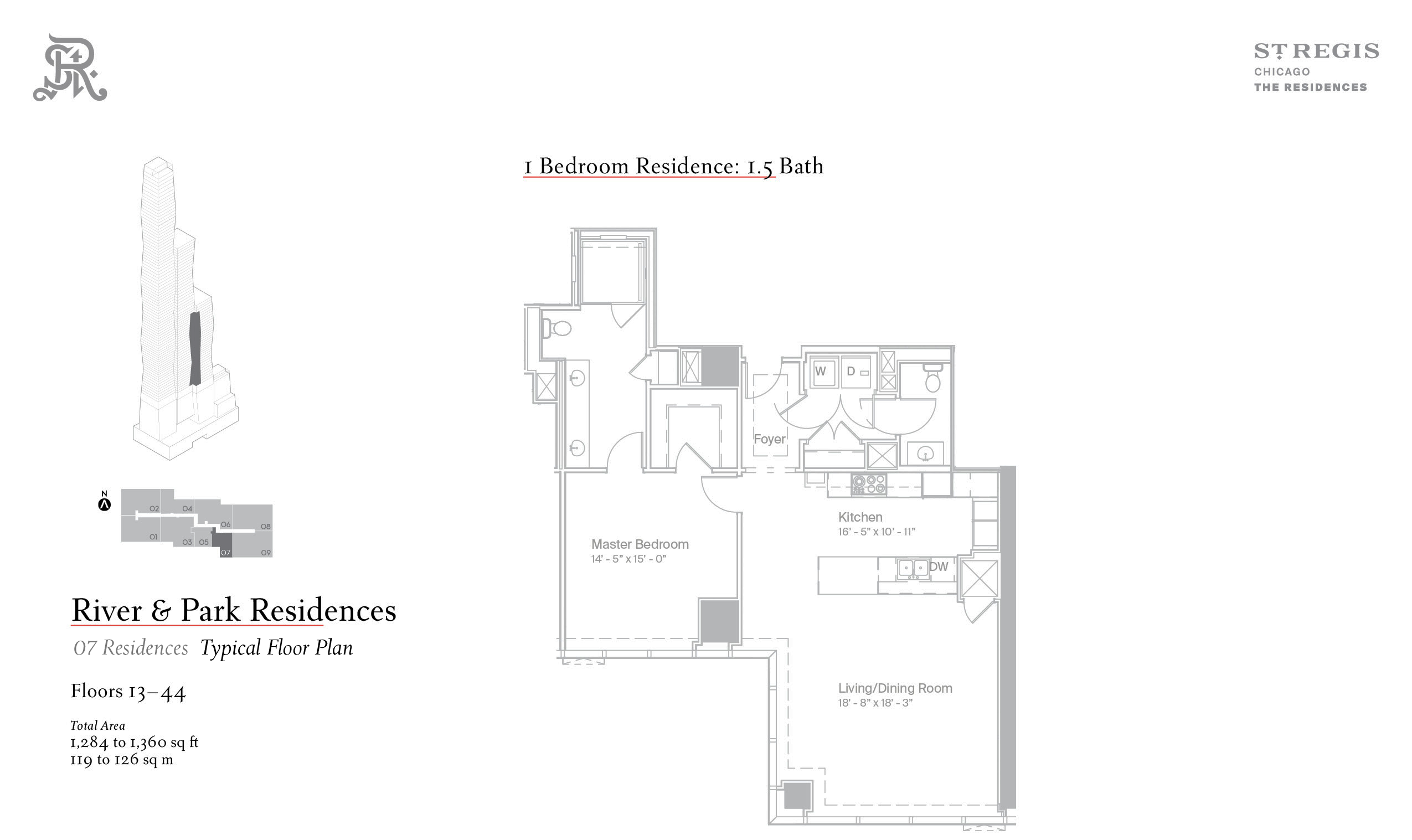 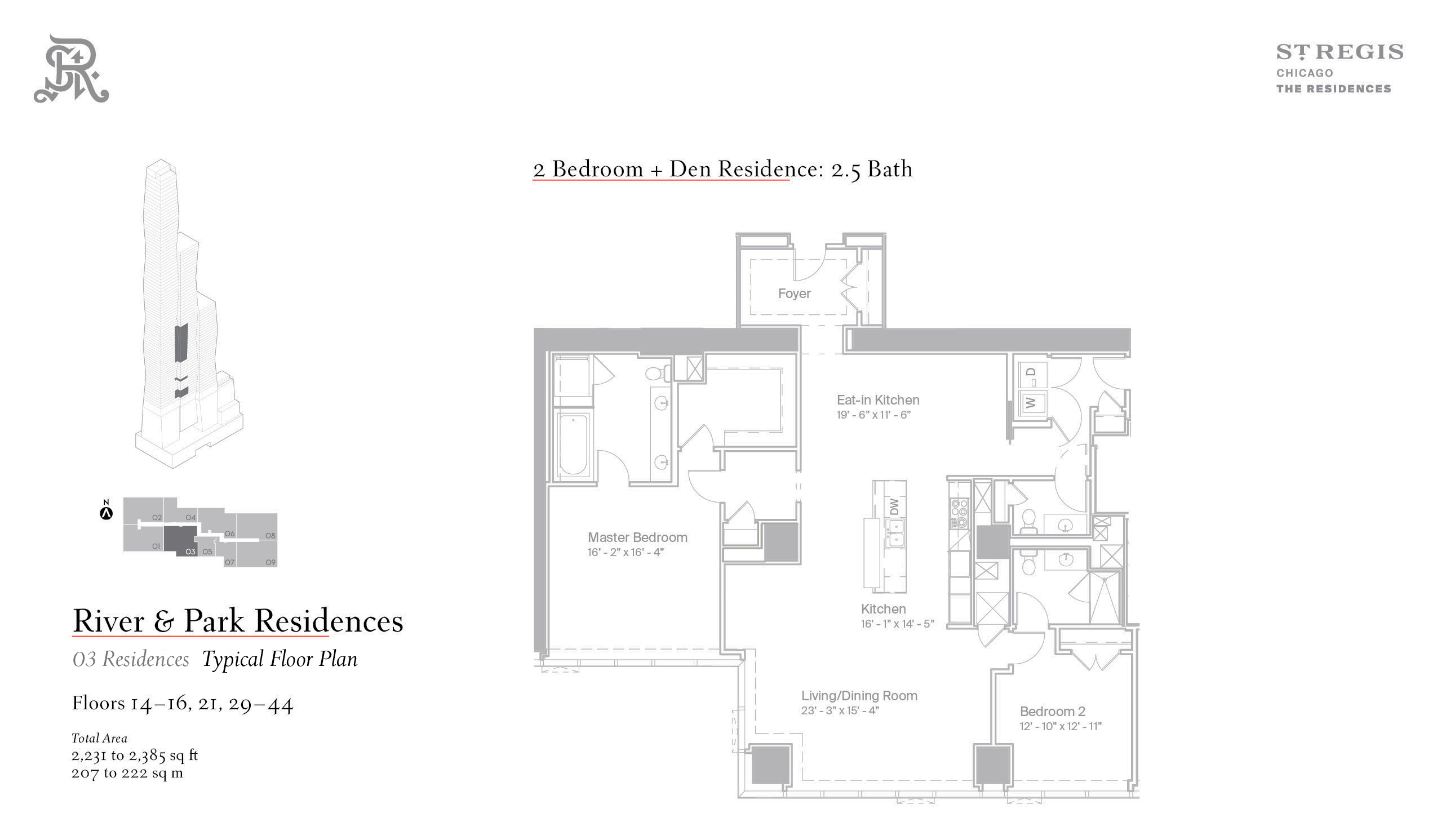 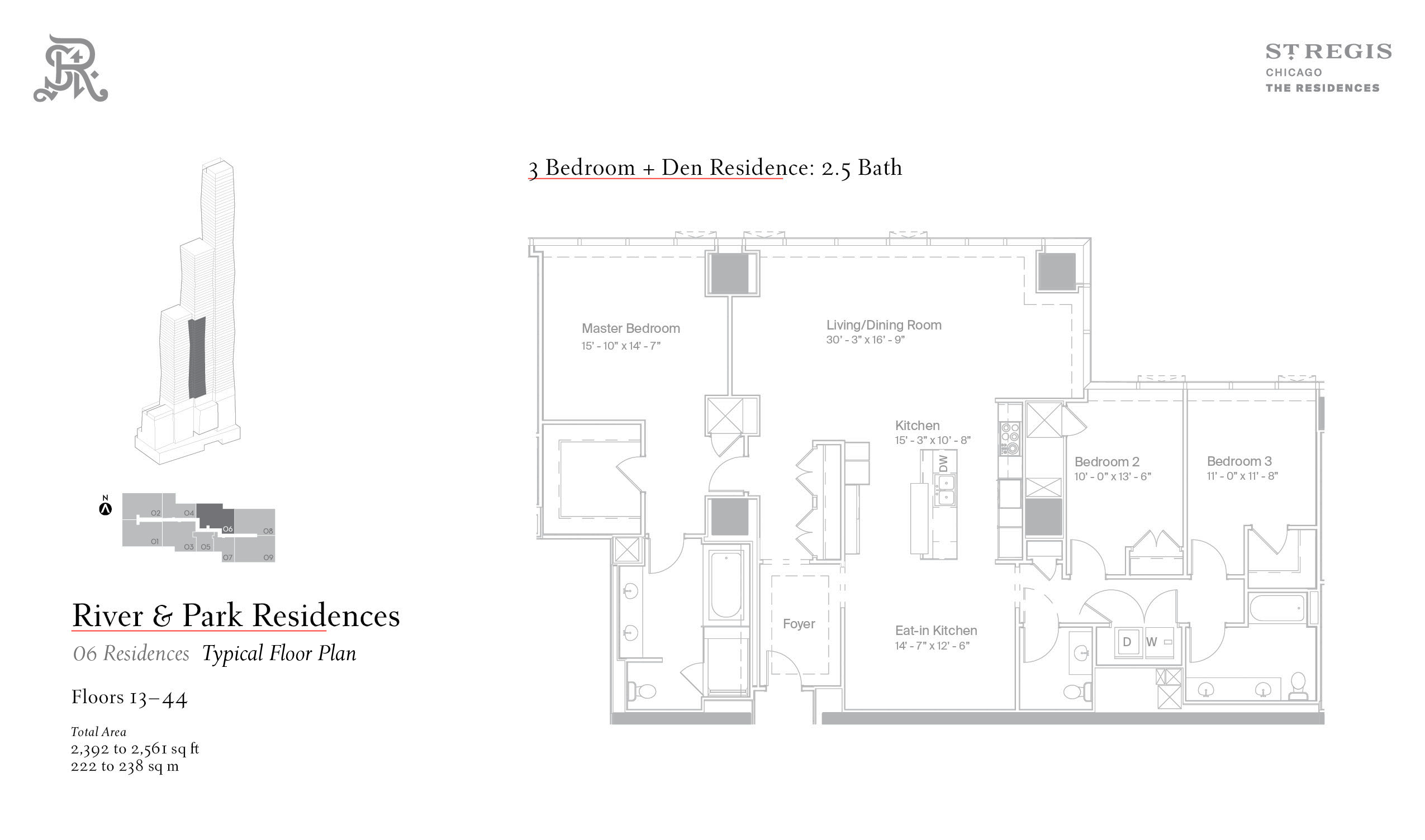 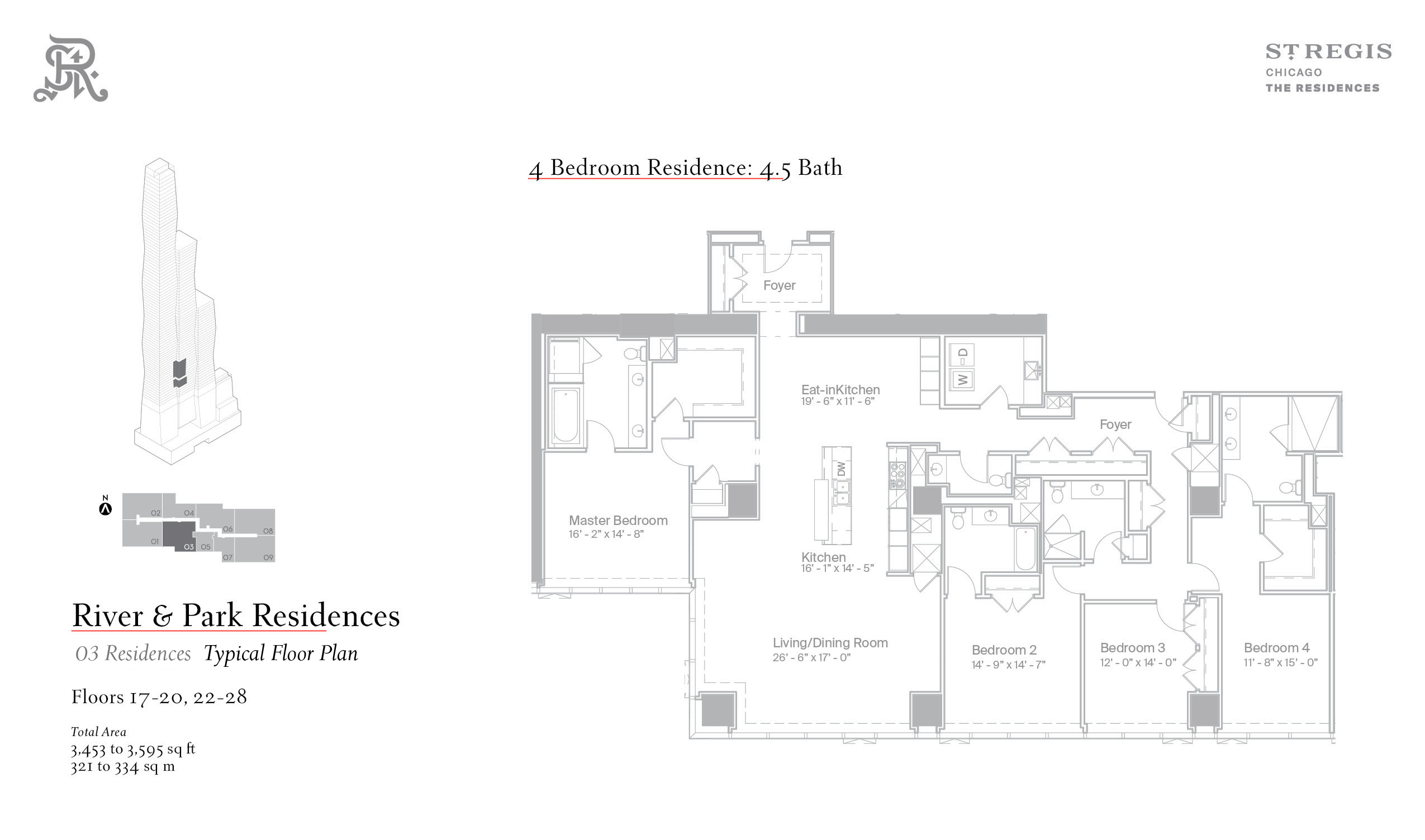 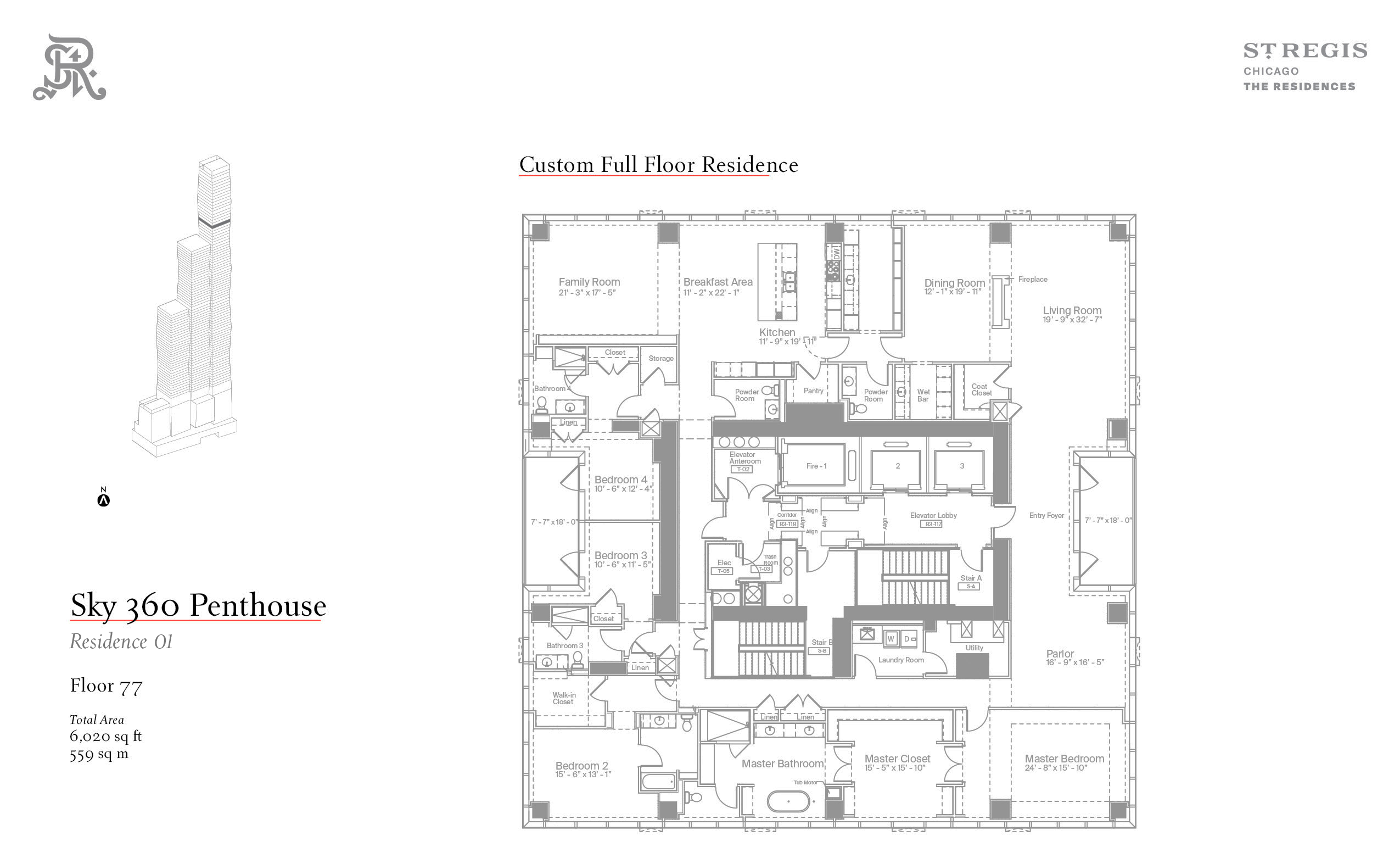 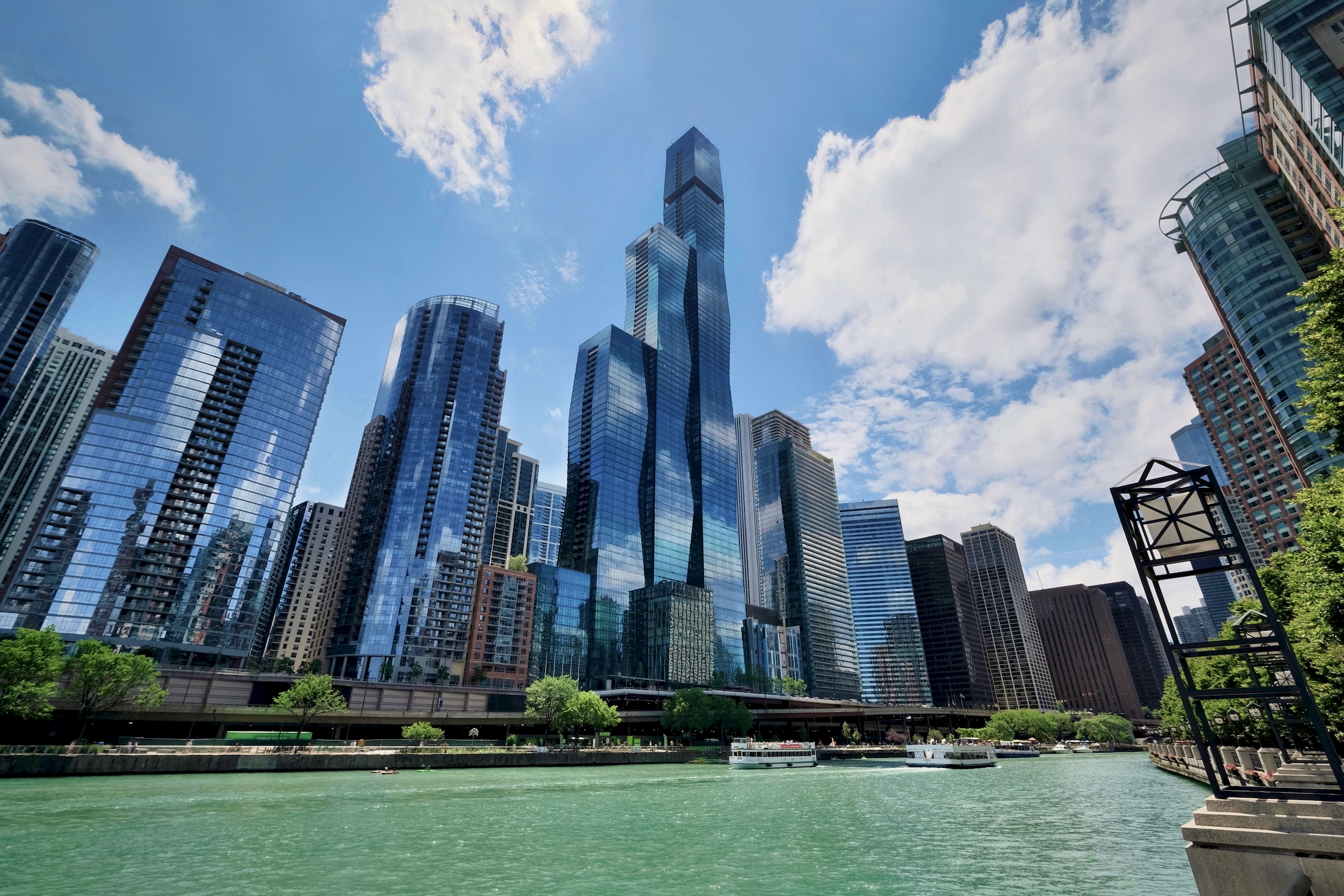 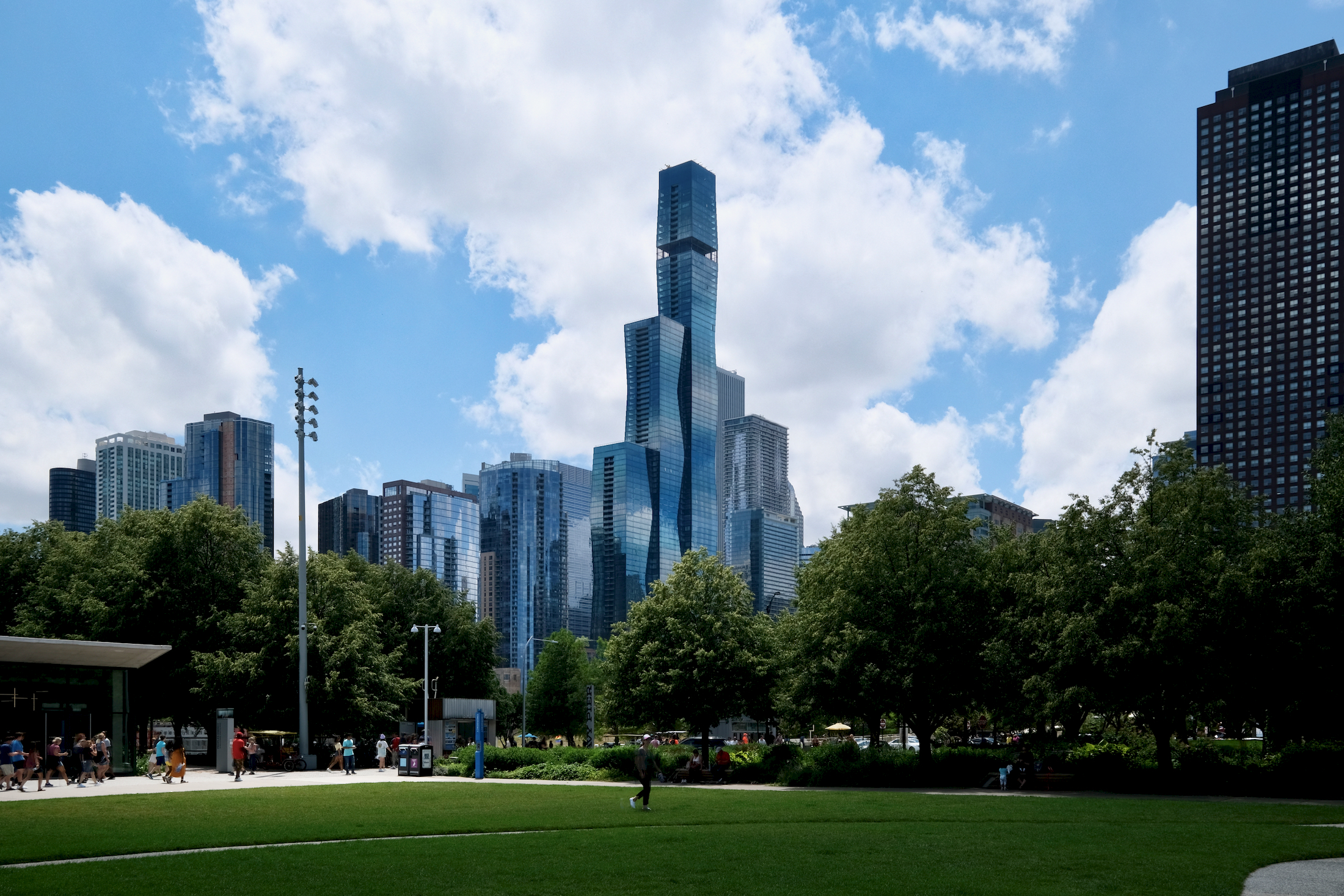 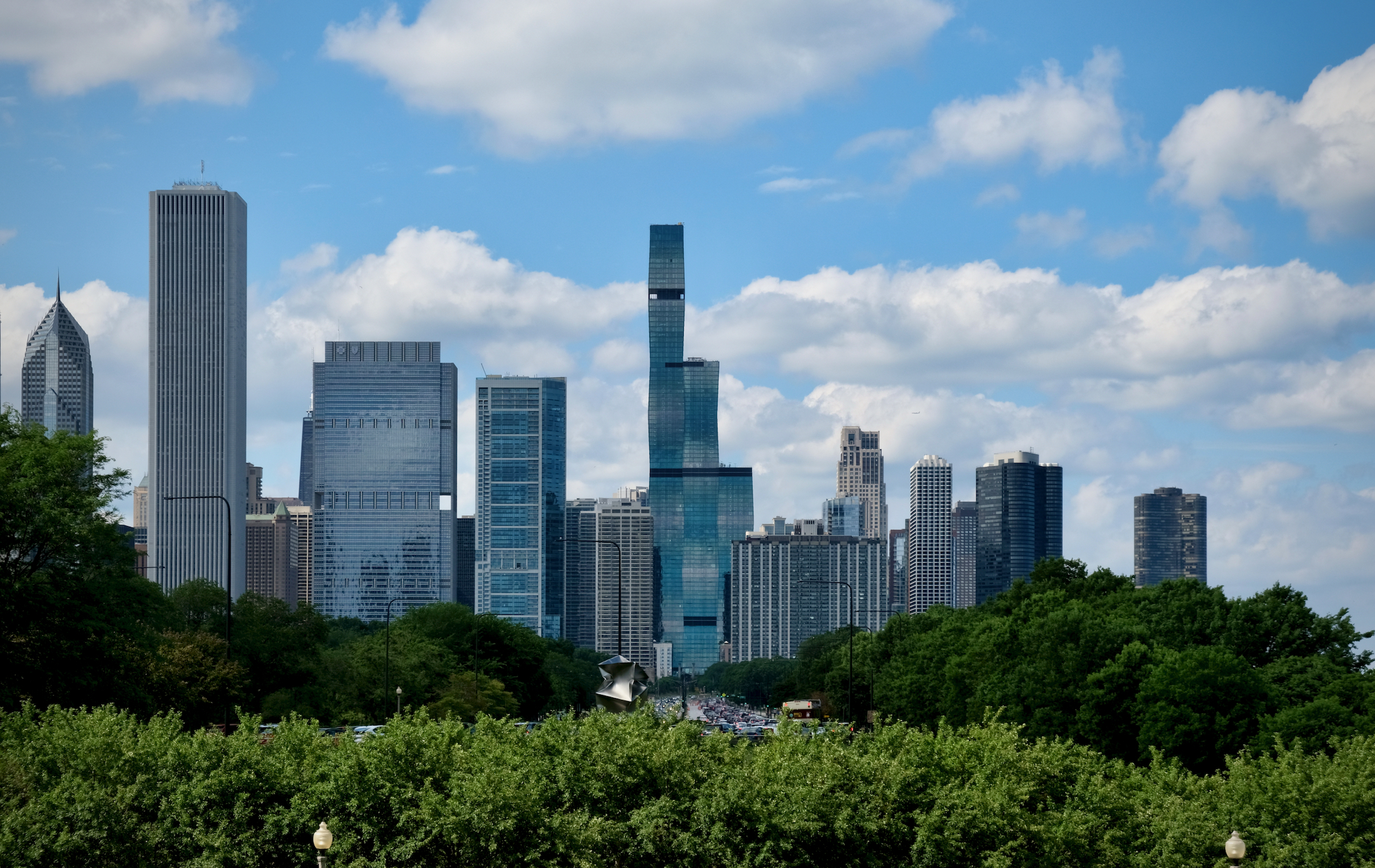 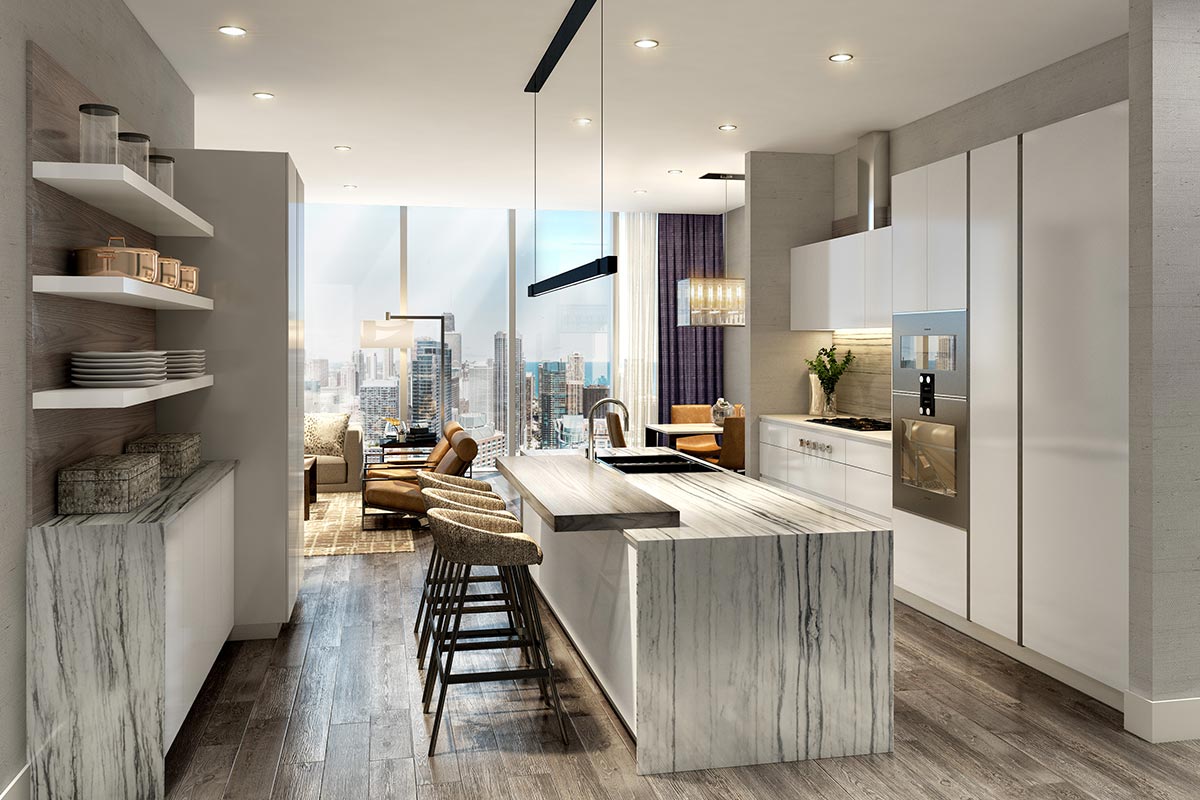 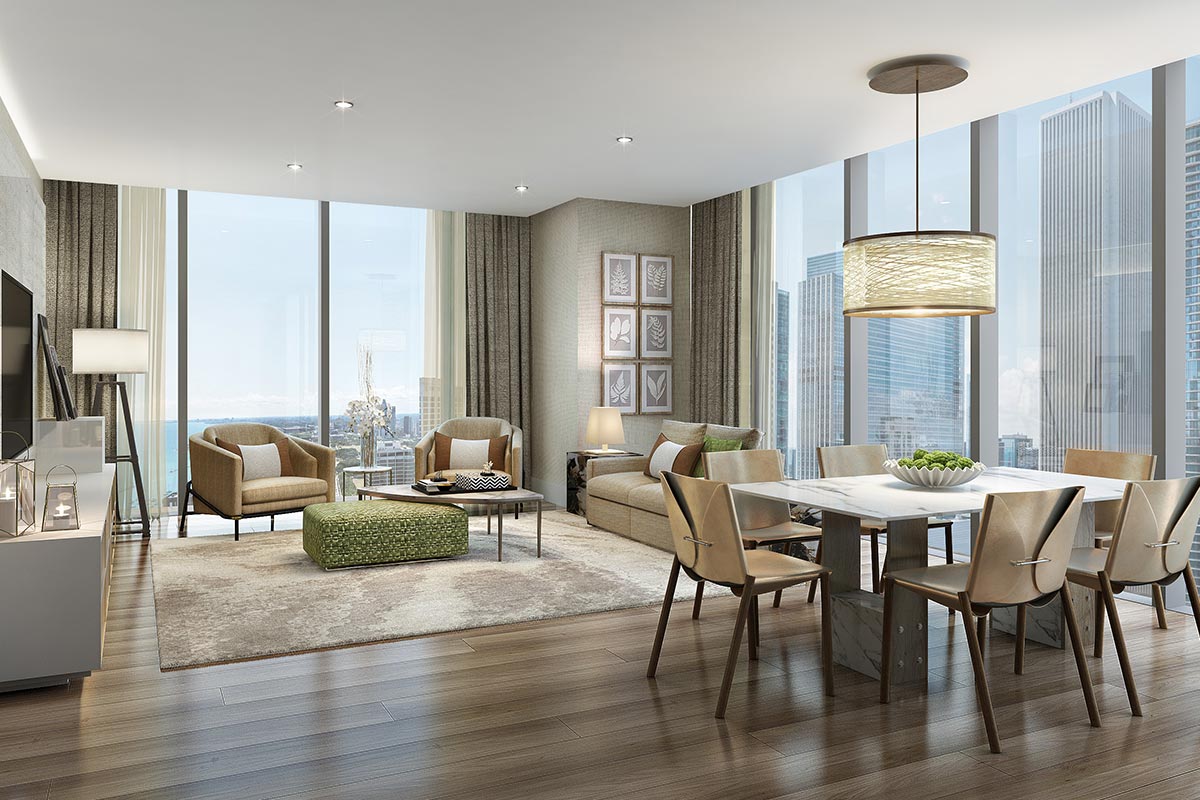 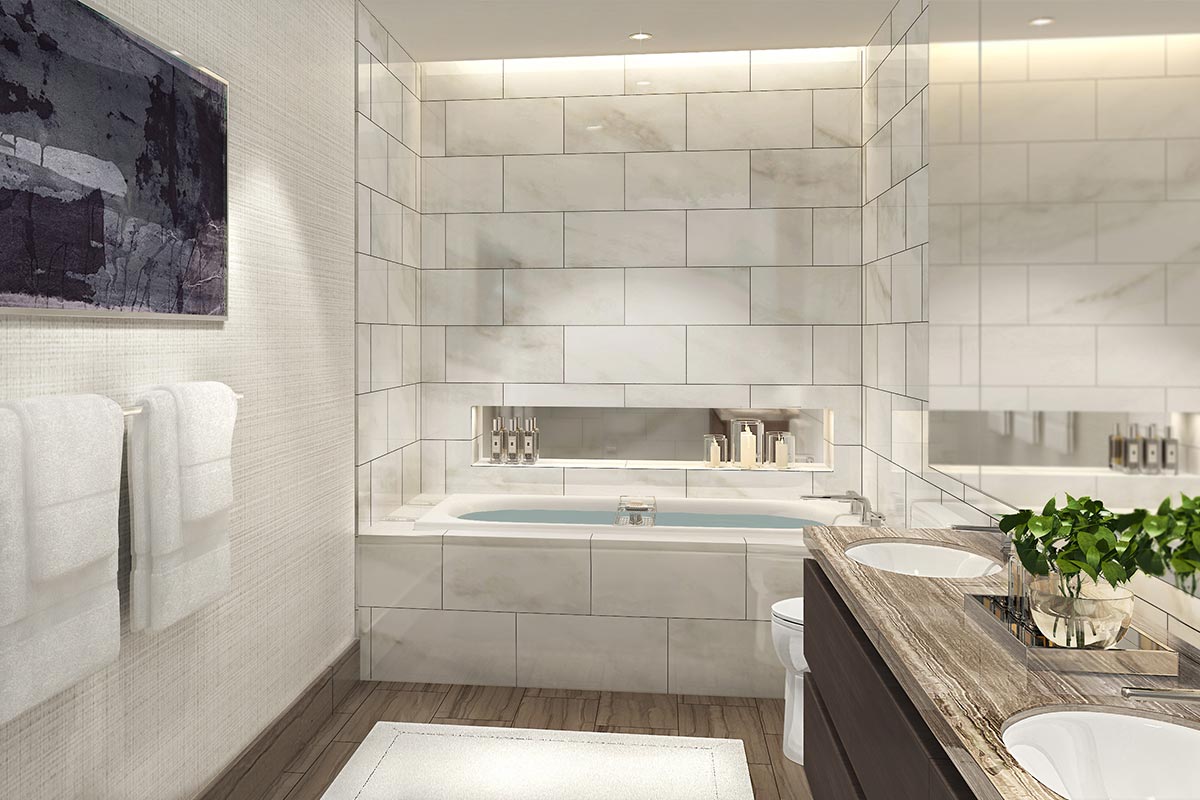 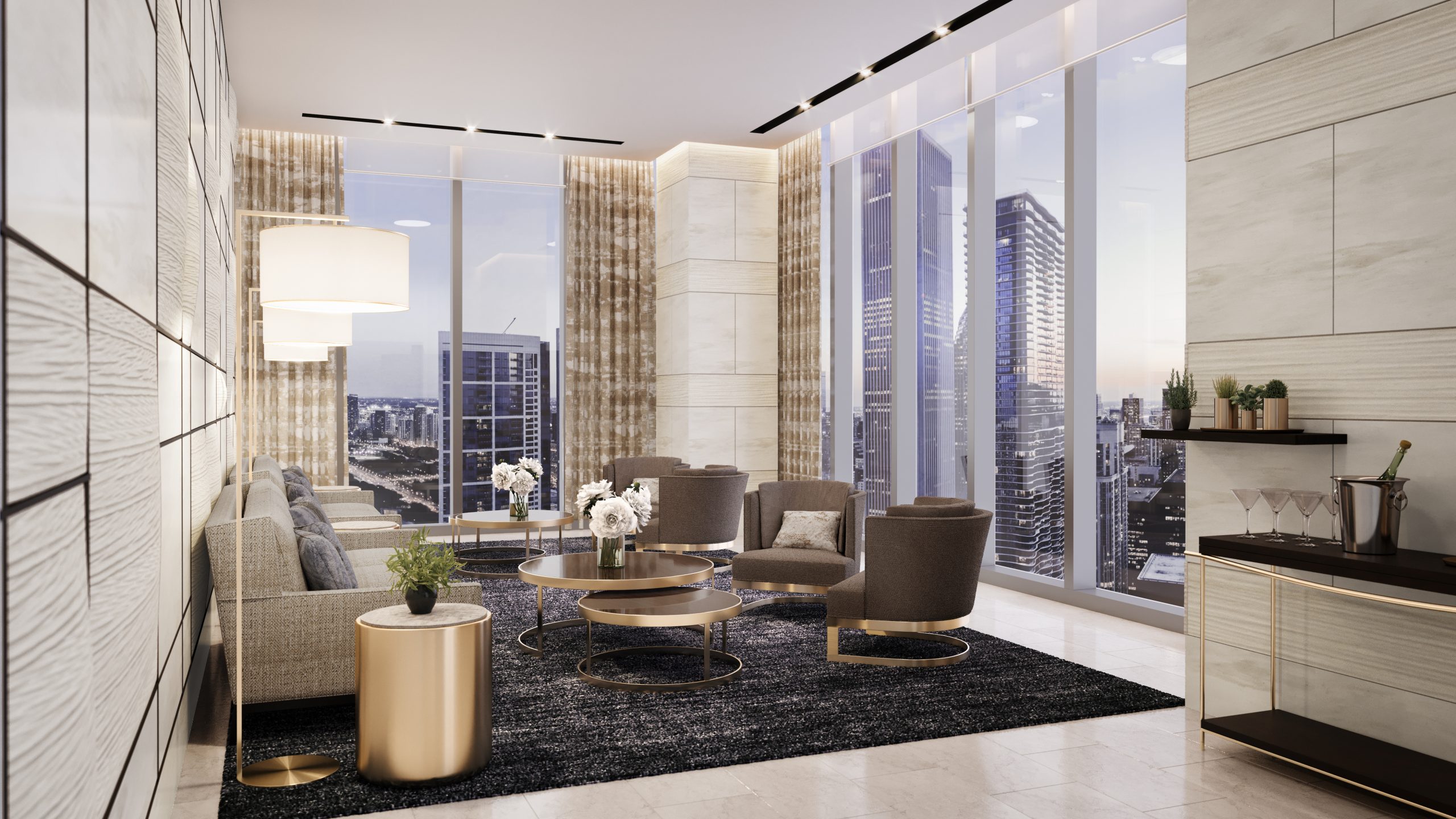 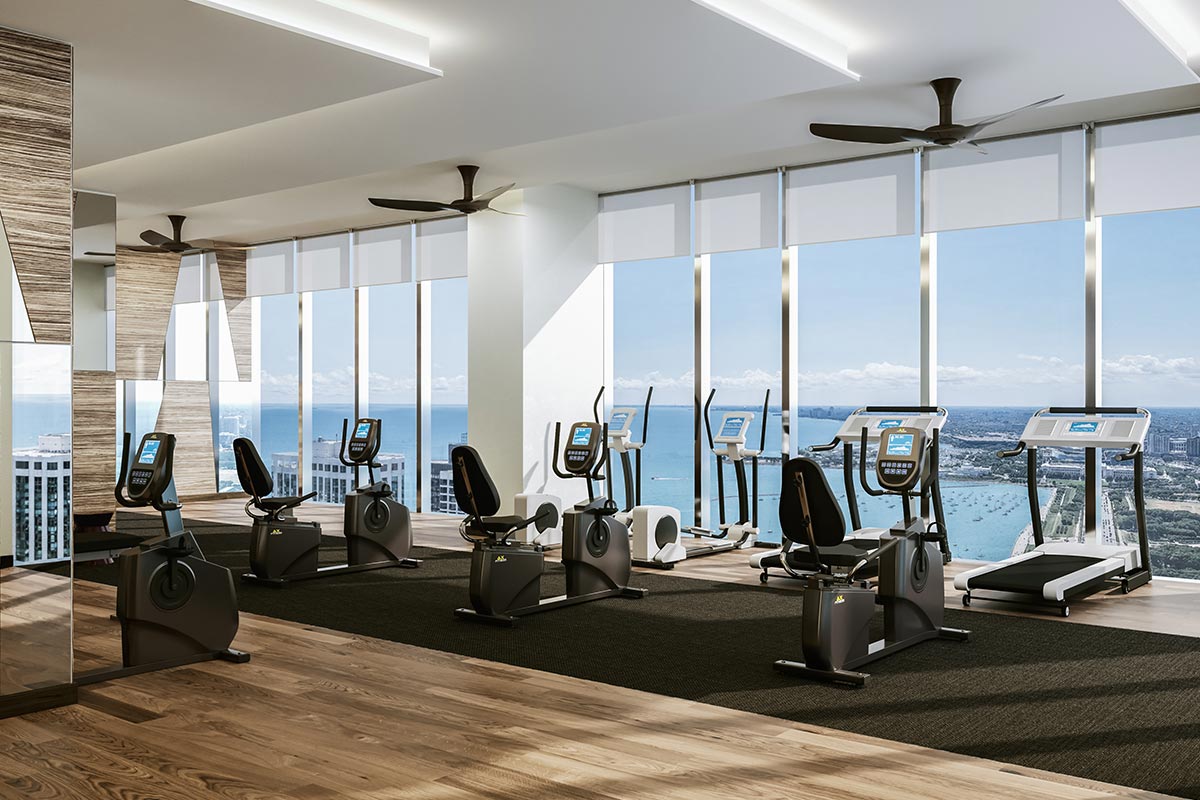 Resident amenities at the St. Regis Chicago will be housed within a 47th-floor amenity deck. Most notably is an outdoor terrace with a pool and lounge areas overlooking the lake. Other features comprise of a state-of-the-art fitness center, a conference center, a theater, a children’s activity room, a sky lounge, a golf simulator and lounge, a private dining room and demonstration kitchen, and an indoor/outdoor kitchen. 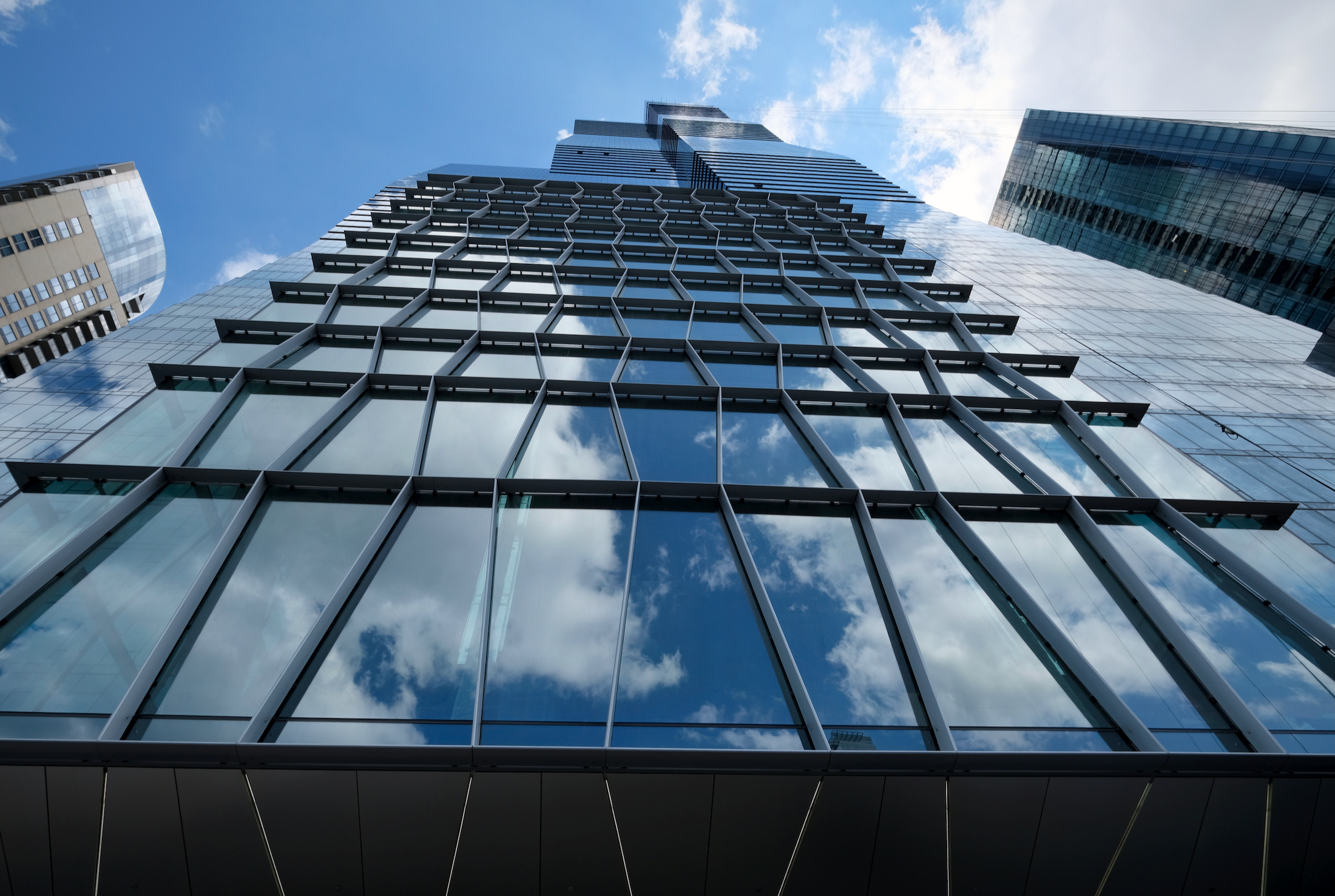 Jeanne Gang is the project architect, whose core inspiration for the shape and design of the building also relates to crystals. Preliminary sketches by Gang show the frustum-like patterns created by natural crystalline geometry. Studio Gang translated this vision into the tower design by shaping the massing around three stacks of frustum-shaped volumes. The facade further expands upon this motif with varying shades of glass depending on their location within each volume. This design choice has a practical component too, as the varying shades of glass correspond to the different levels of solar impact generated by the frustum angles. 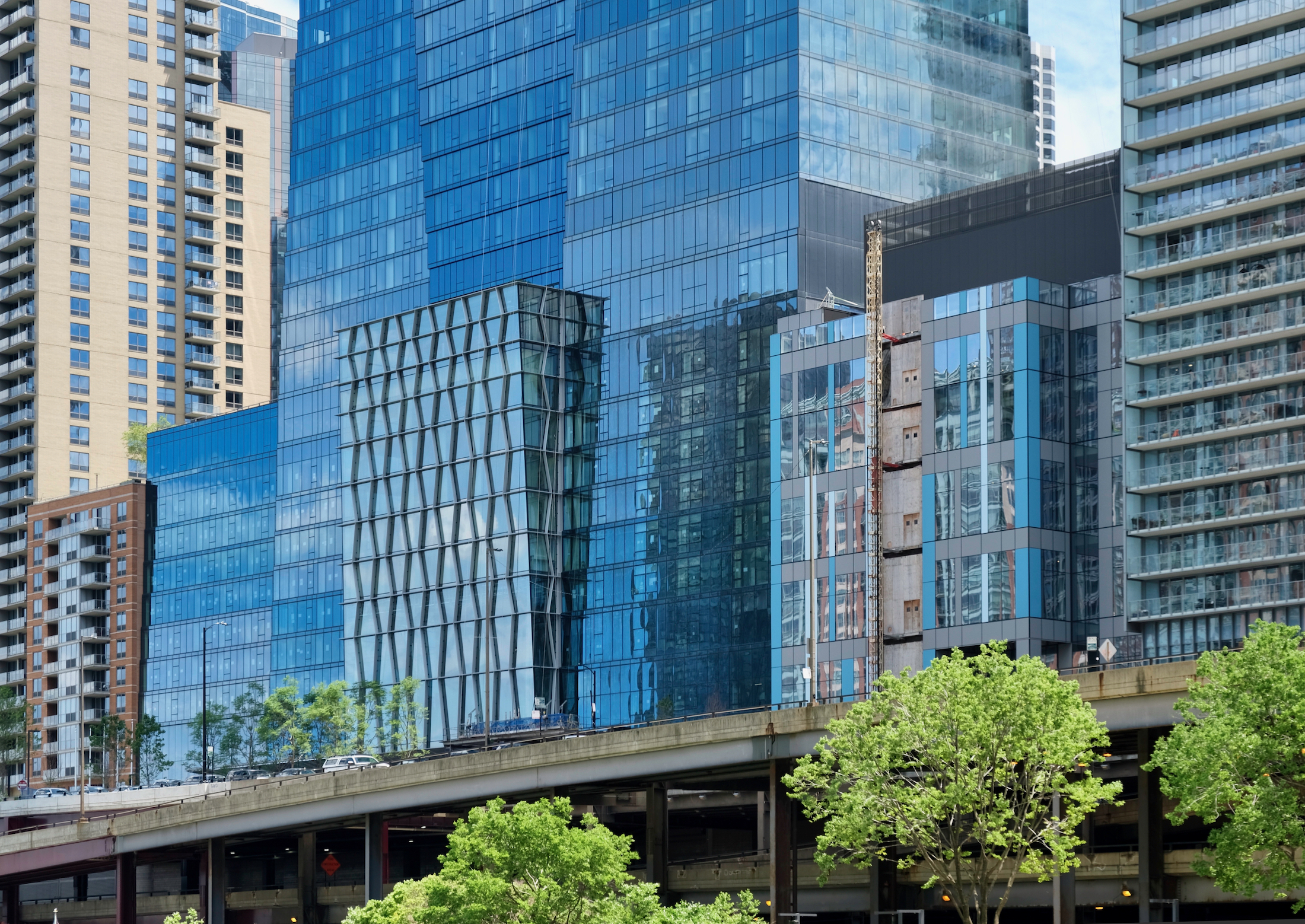 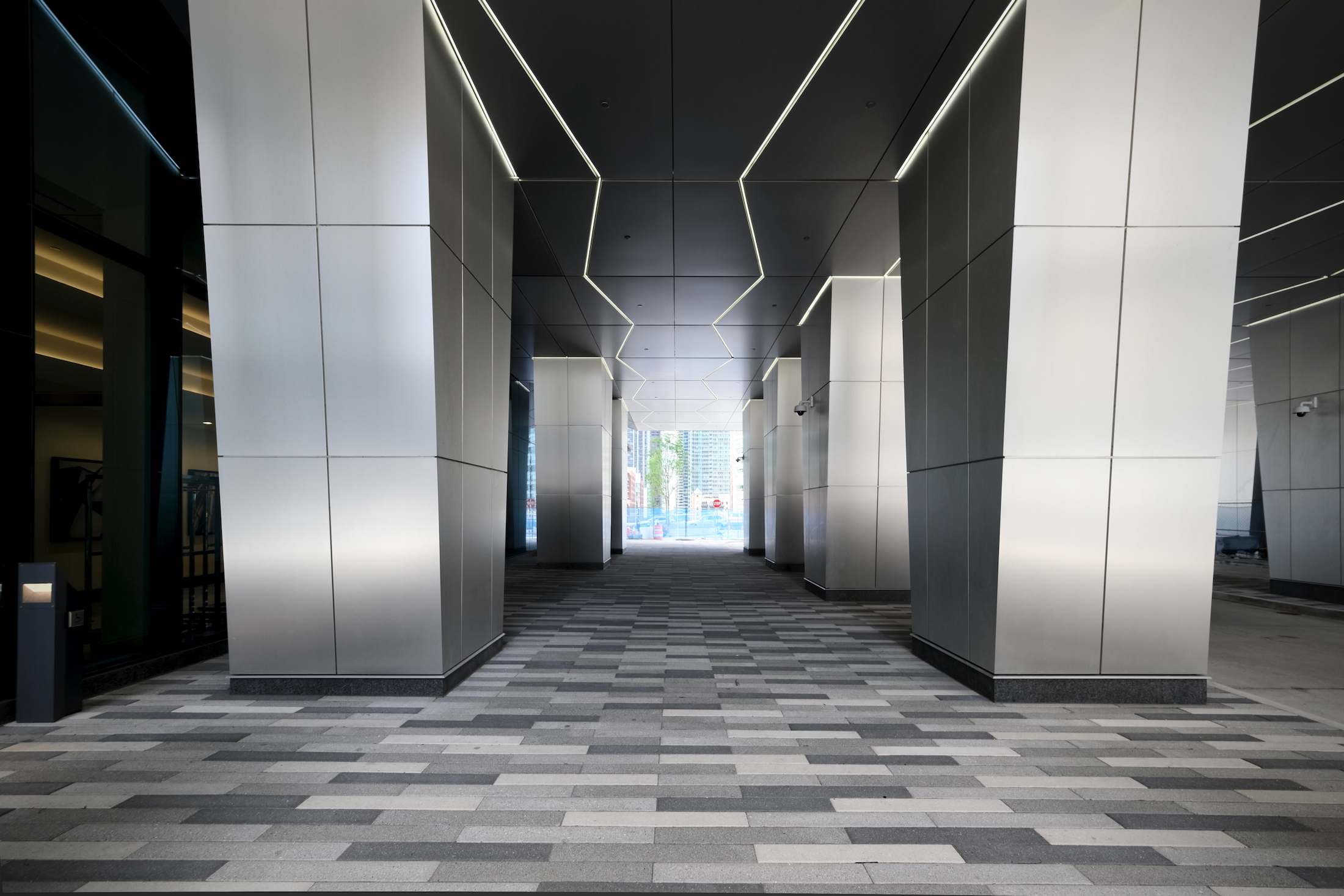 The development yields a total of 295 parking spaces, while also offering various public transportation options in the near vicinity. Closest bus service can be found for Route 60, located a four-minute walk south at Harbor Drive & Randolph. Additional bus access in close proximity includes Routes 4, 6, 20, 134, 135, and 136. For those looking to board CTA L trains, all lines are available within a 20-minute walk towards The Loop. 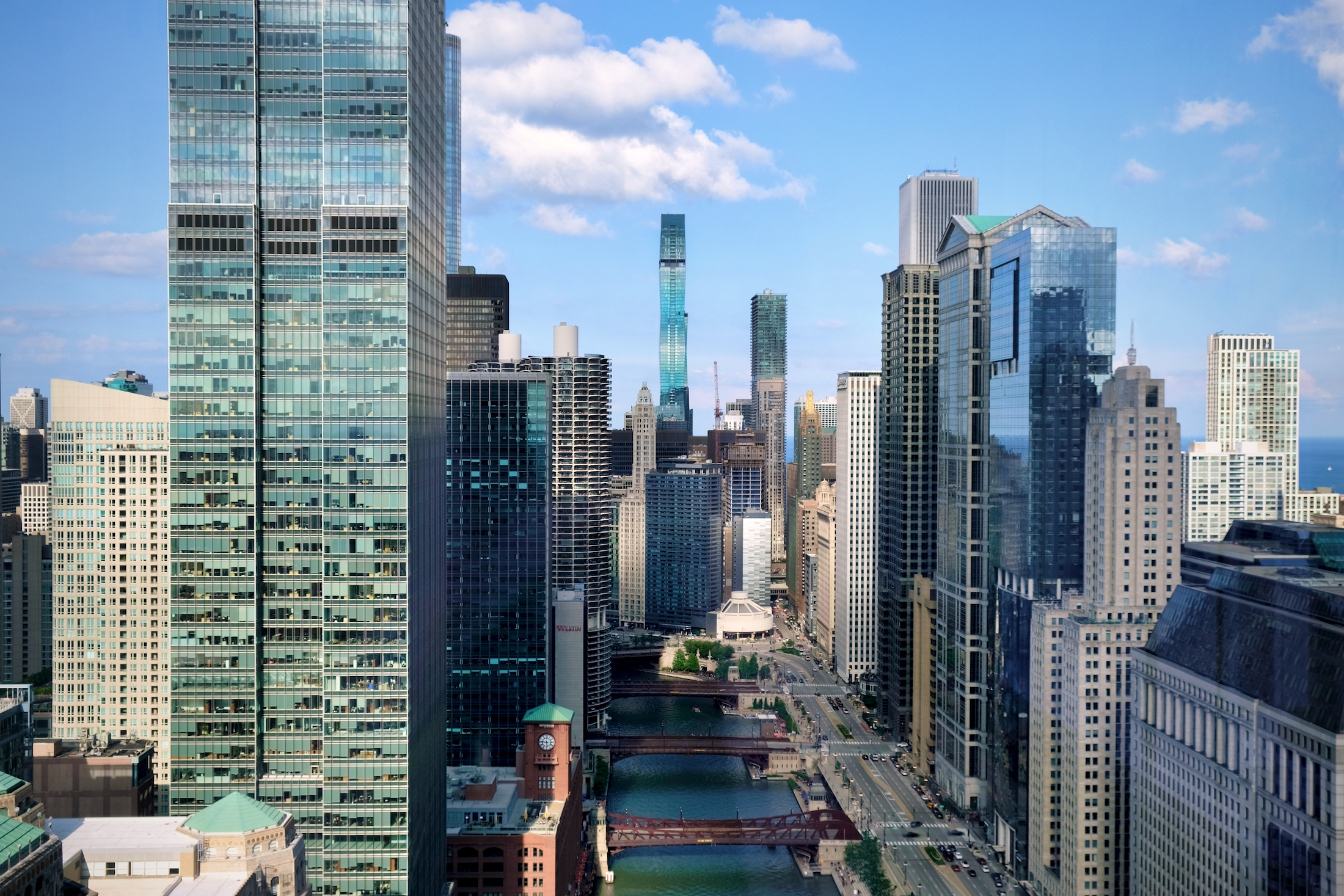 Given its central location by the mouth of the Chicago River, The St. Regis Chicago offers its guests and residents a swath of nearby points of interest including but not limited to the Riverwalk just north, the Lakefront to the east, Lakeshore East Park and Grant Park to the south, The Loop to the west, and the Magnificent Mile shopping district to the northwest. 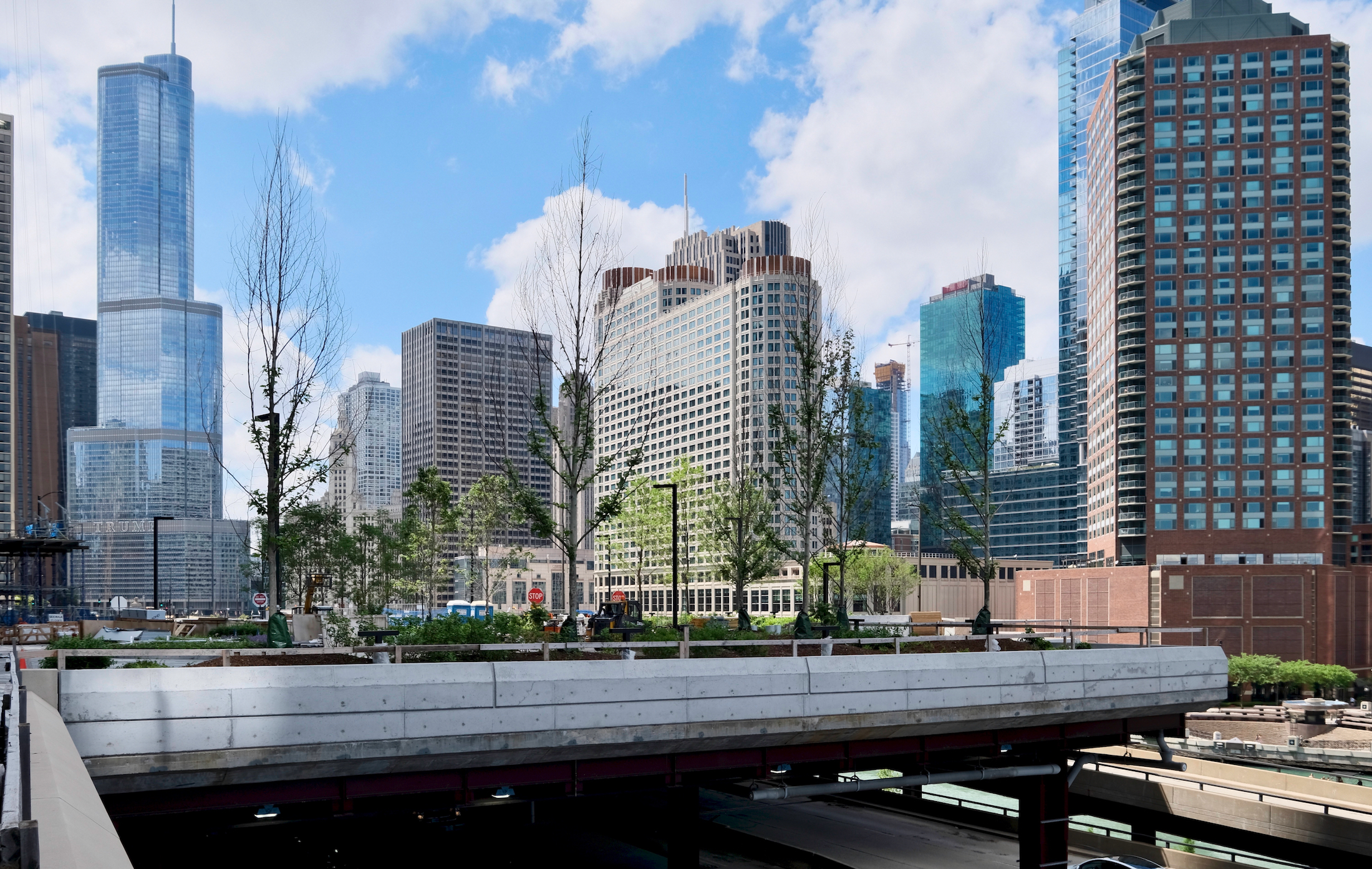 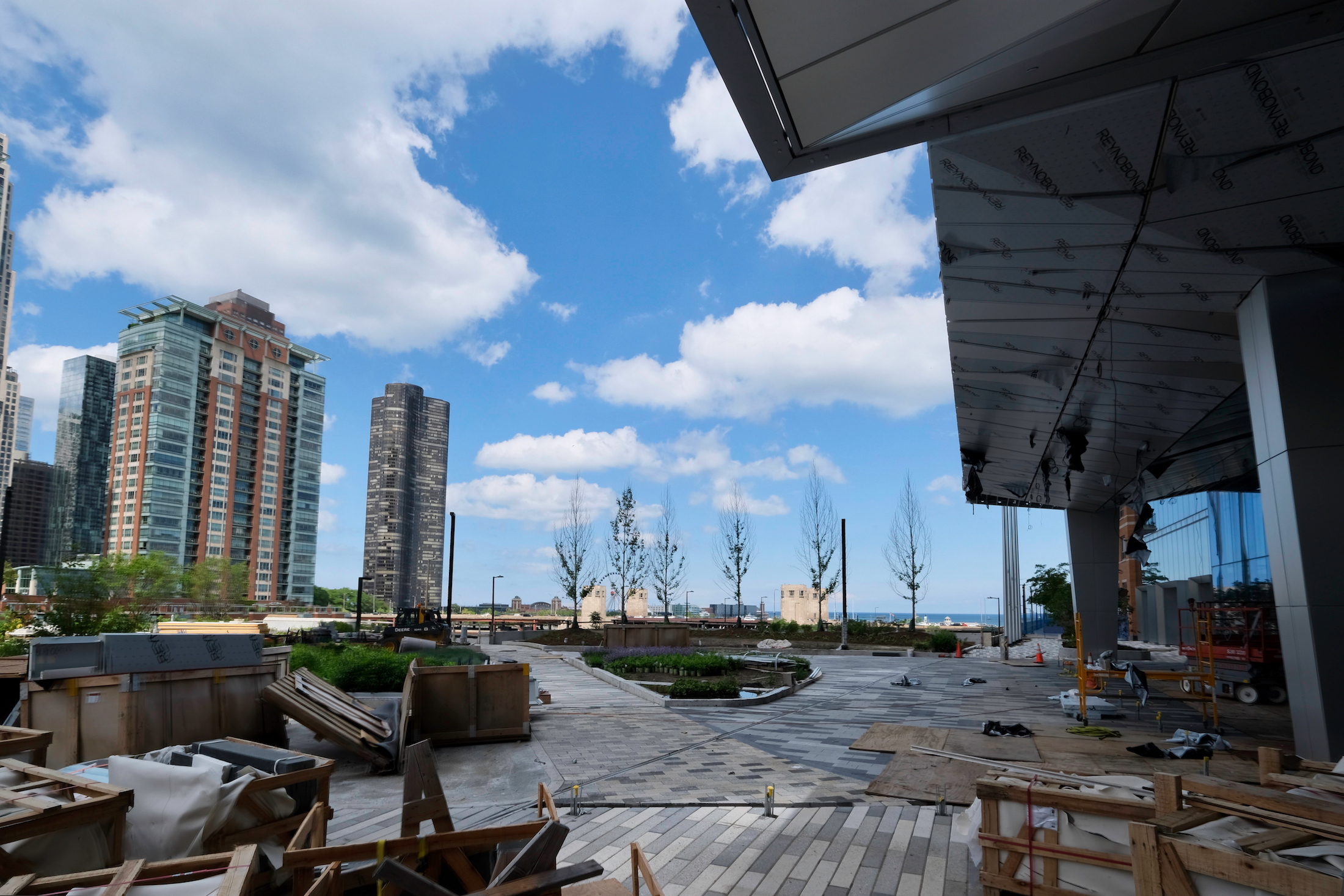 bKL Architecture has served as the architect of record, and McHugh Construction as the general contractor. In total, the construction has tallied at $1.03 billion. Most of this work is now complete, with the condominiums having already opened. While various online sources have cited third quarter of this year for a full opening, an on-site employee told YIMBY that the hotel portion will likely open in early 2022.