Facade work is approaching completion at Southbridge Phase I, which comprises of two six-story buildings located at 2310 S State Street and 2344 S State Street in Chicago’s Near South Side. 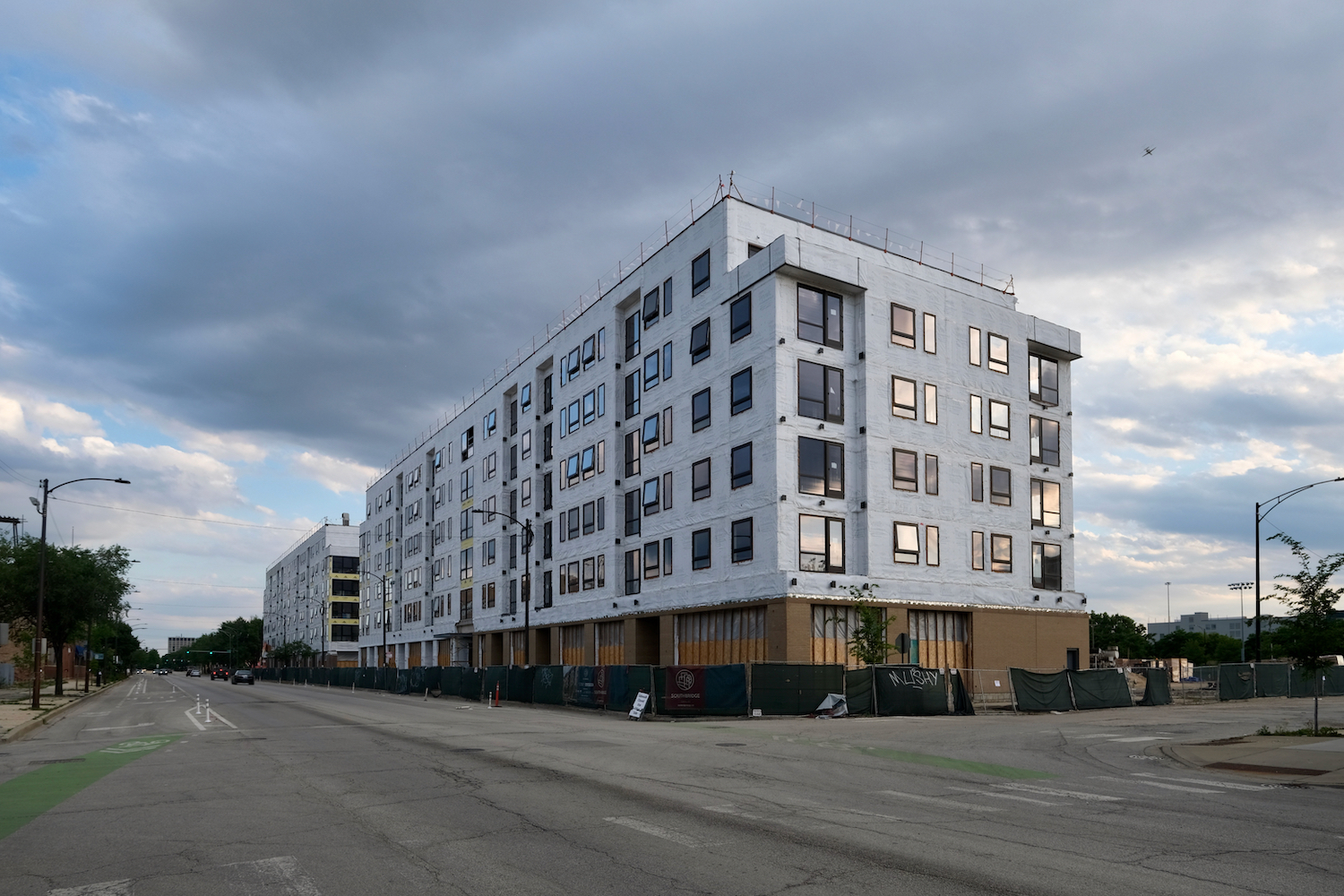 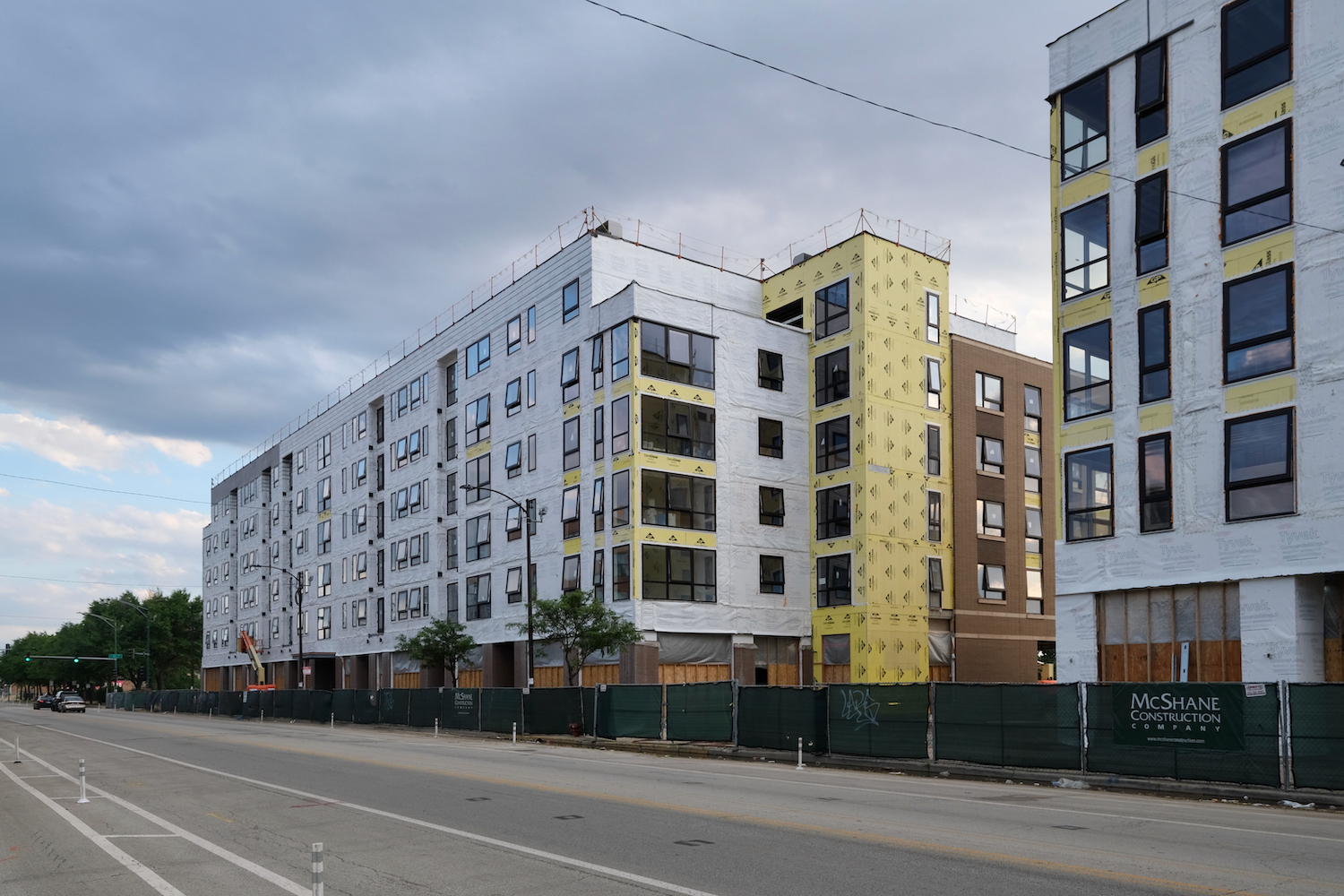 Developed by McCaffrey and The Community Builders, each building will offer ground-level retail and 103 mixed-income apartments on the upper floors. Amenities will comprise of a fitness center, a community dining space, and multiple outdoor terraces with city views. Parking will also offer surface-level spaces located in the rear. 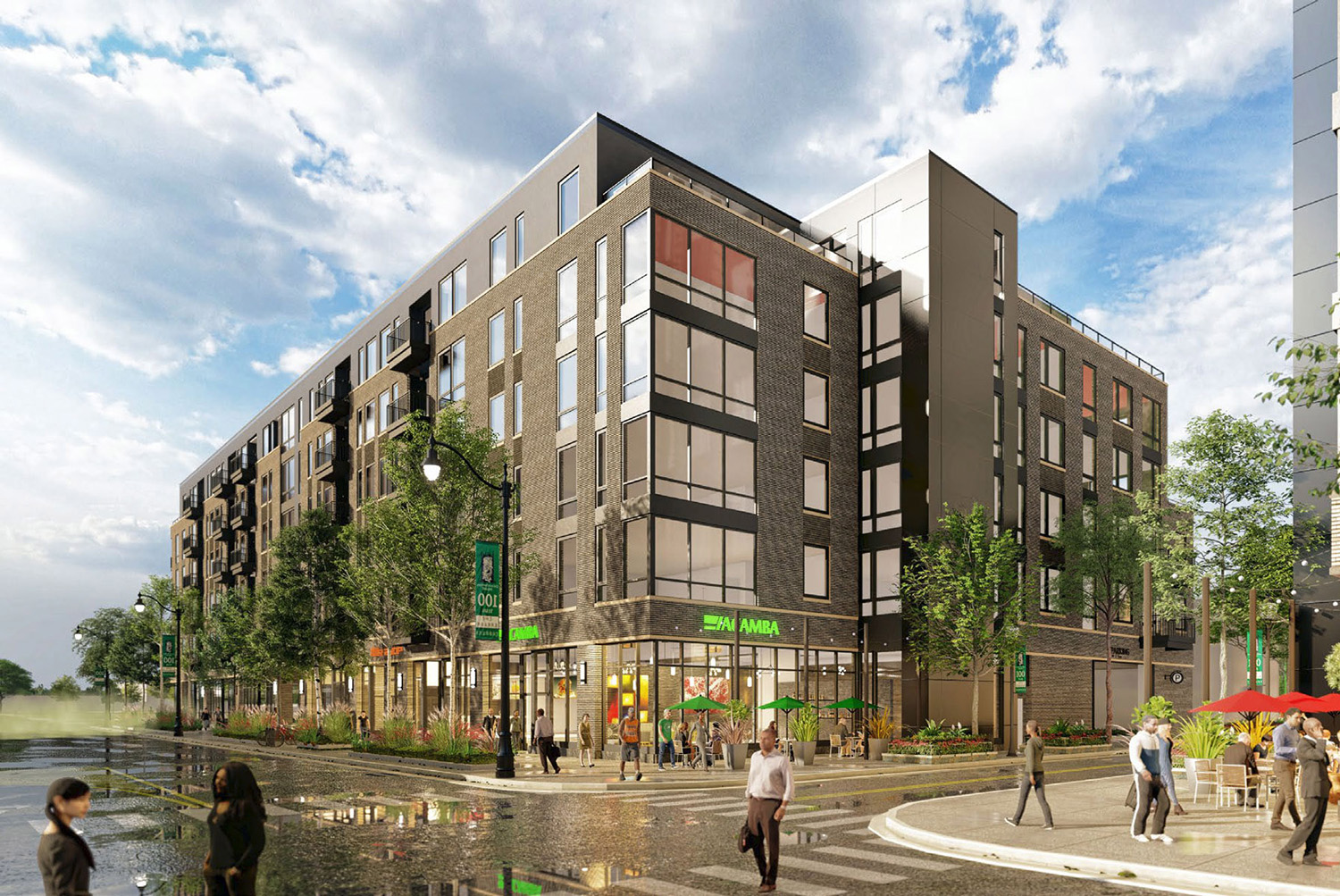 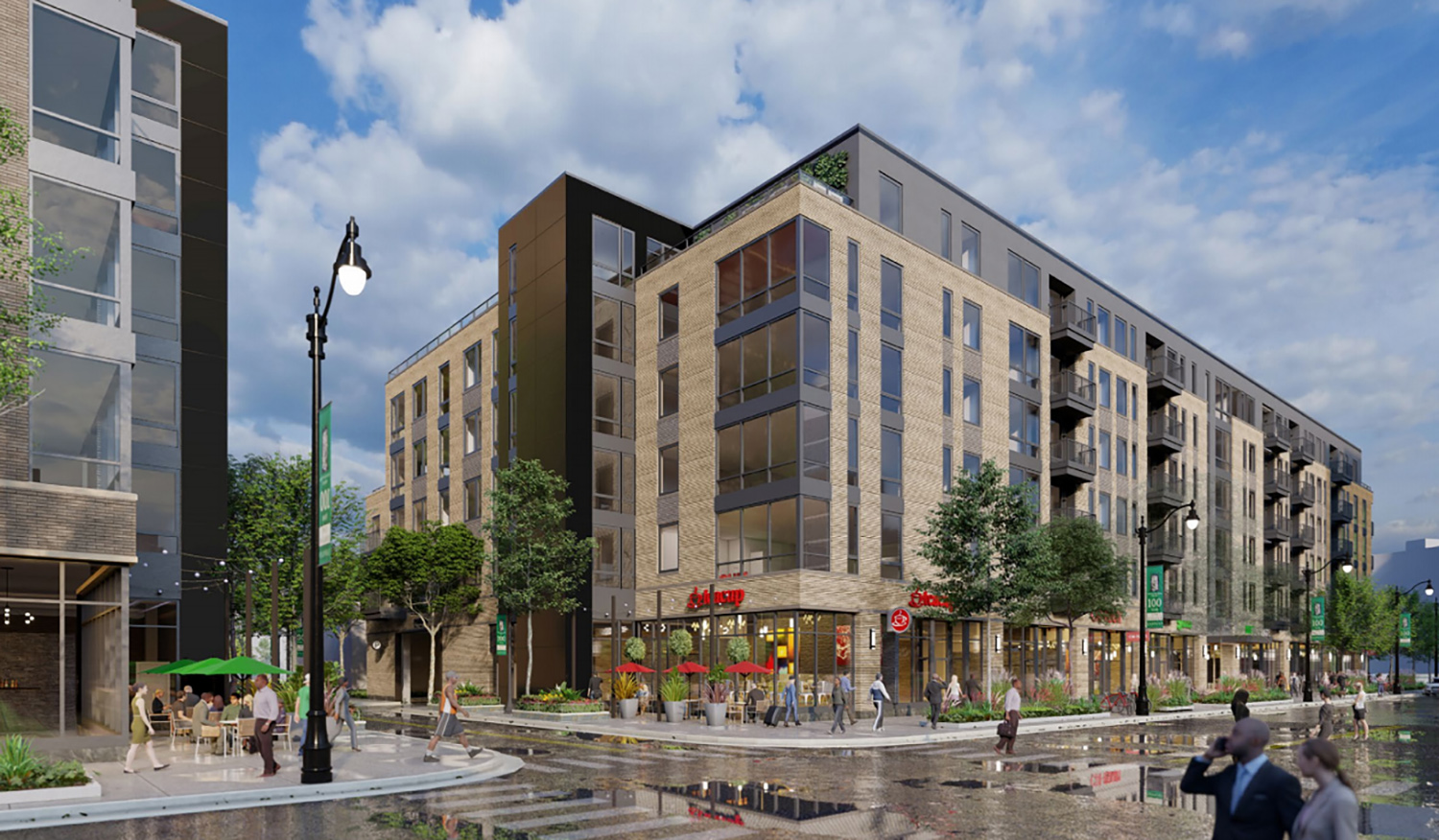 With Nia Architects behind the two similarly-designed buildings, the rectangular massing will be enshrouded in brick along the first five floors and a gray fiber cement board on the remaining sixth level. This top floor will also accommodate setbacks to allow for the integrated terraces. The exterior is a mix of dark metal paneling and window accents to further complement the facade. 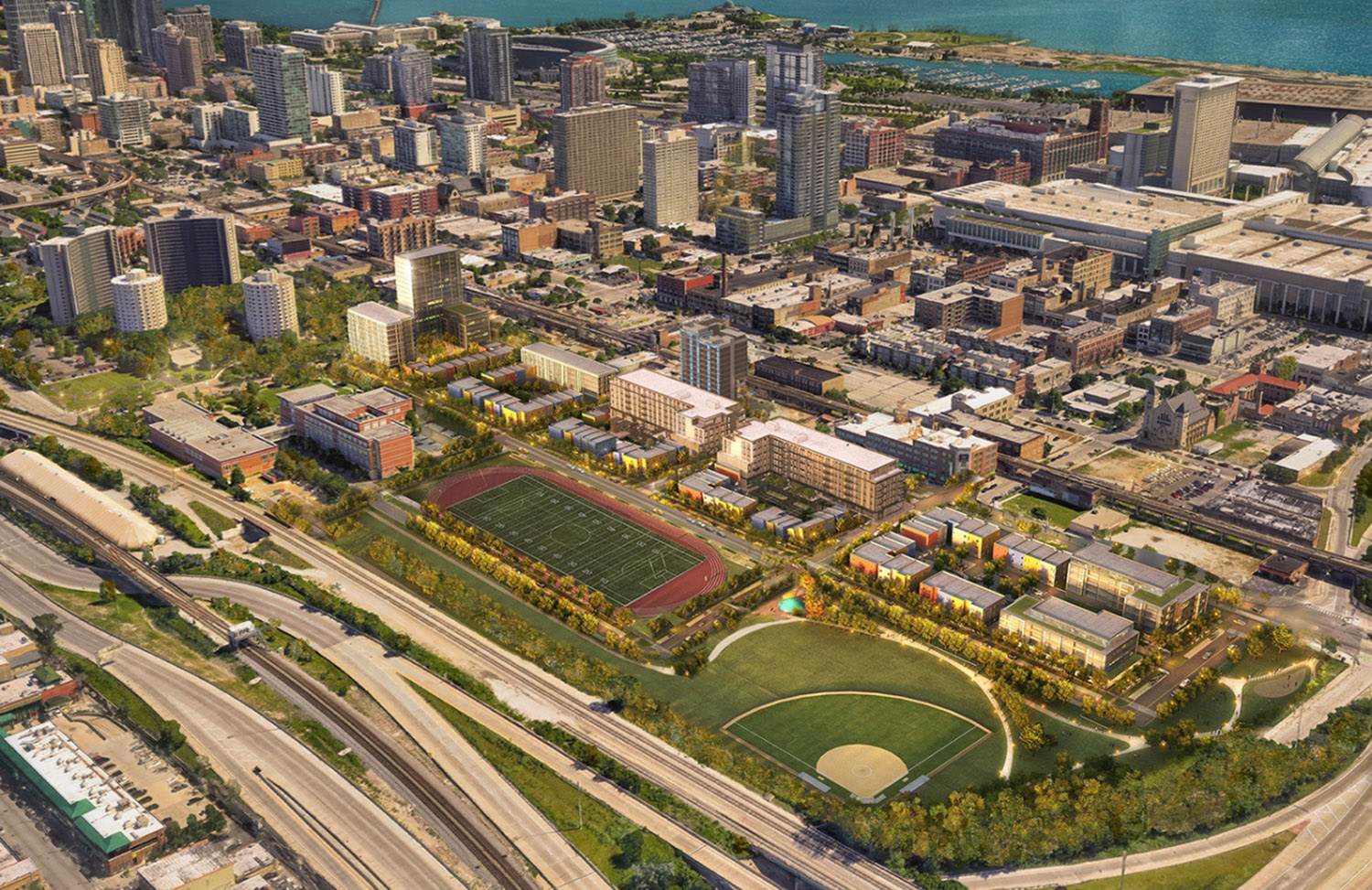 The larger Southbridge megadevelopment has been envisioned by Gensler and Antunovich Associates. This undertaking will yield 65,00 square feet of retail and a total of 877 dwellings, split between 770 apartments and 107 townhomes. The development will also provide various common areas and green spaces, as well as affordable options for the majority of its residences. This master plan is set to replace a former apartment complex that has since been demolished. 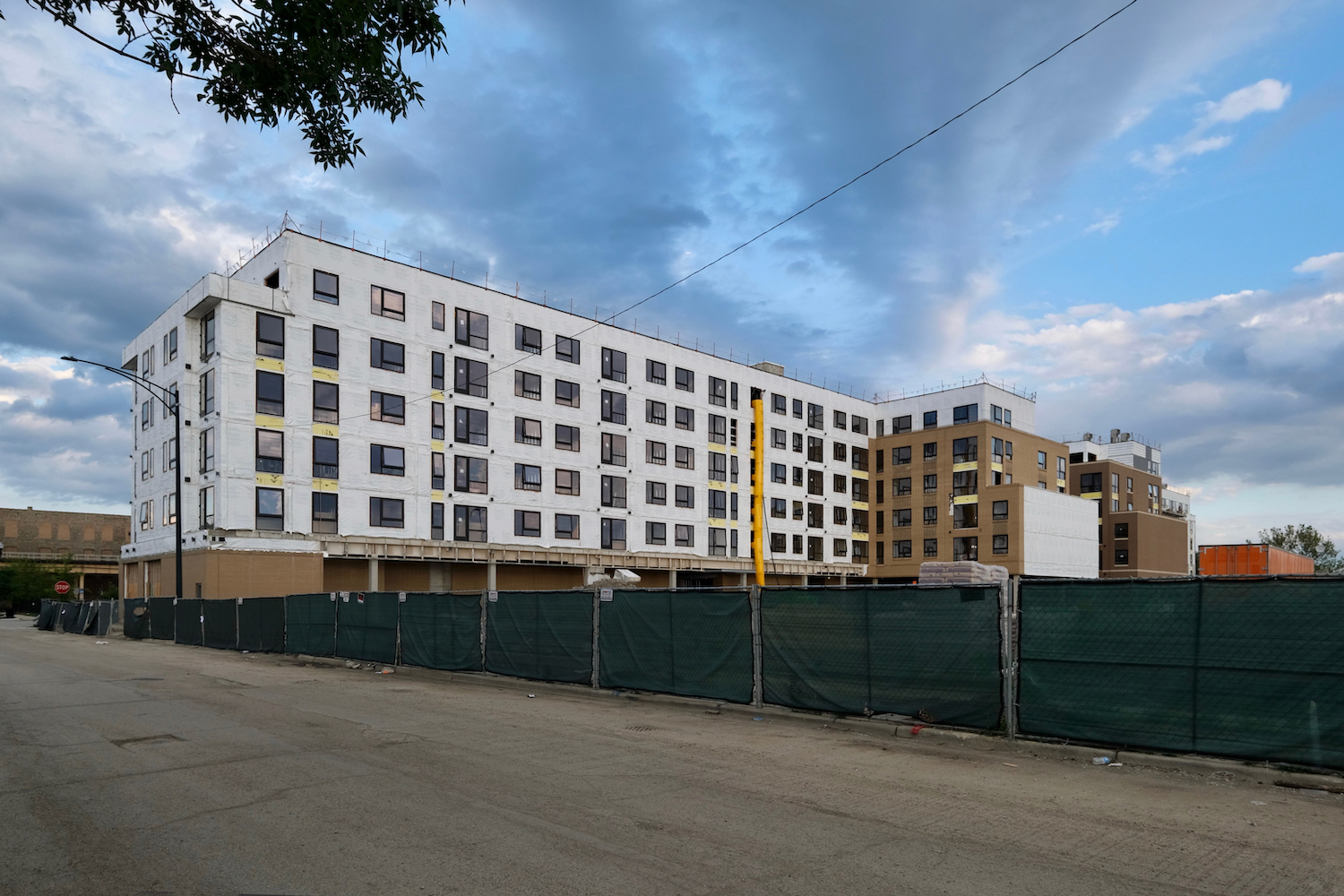 Given the project’s prominent location along State Street, various transit options can be found in the vicinity. Route 29 buses are available at both the northeast corner of the Phase I block at State & 23rd, as well at its southeast corner at State & 24th. Further bus lines in the area include Route 21 to the northeast and Routes 1 and 4 to the east. 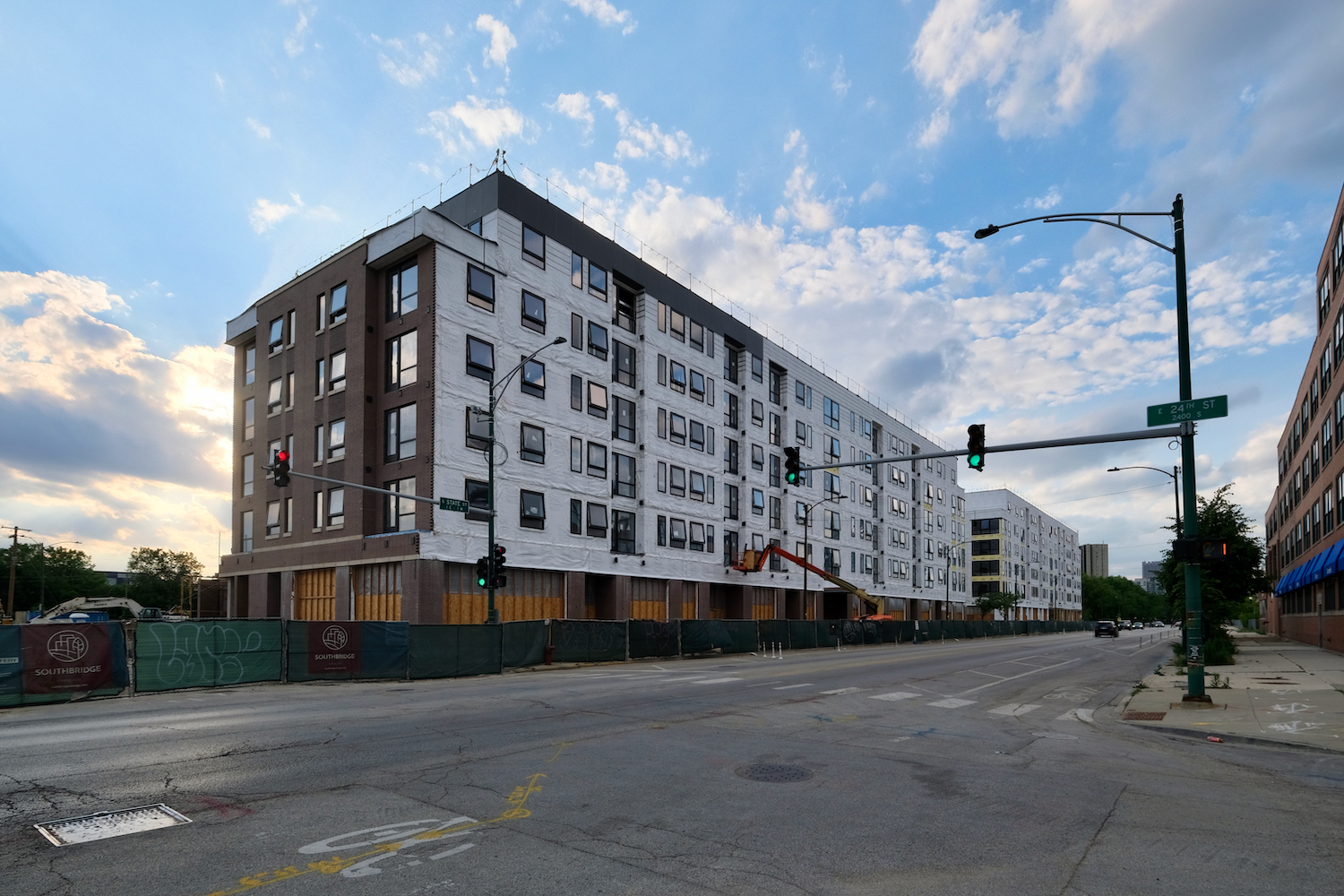 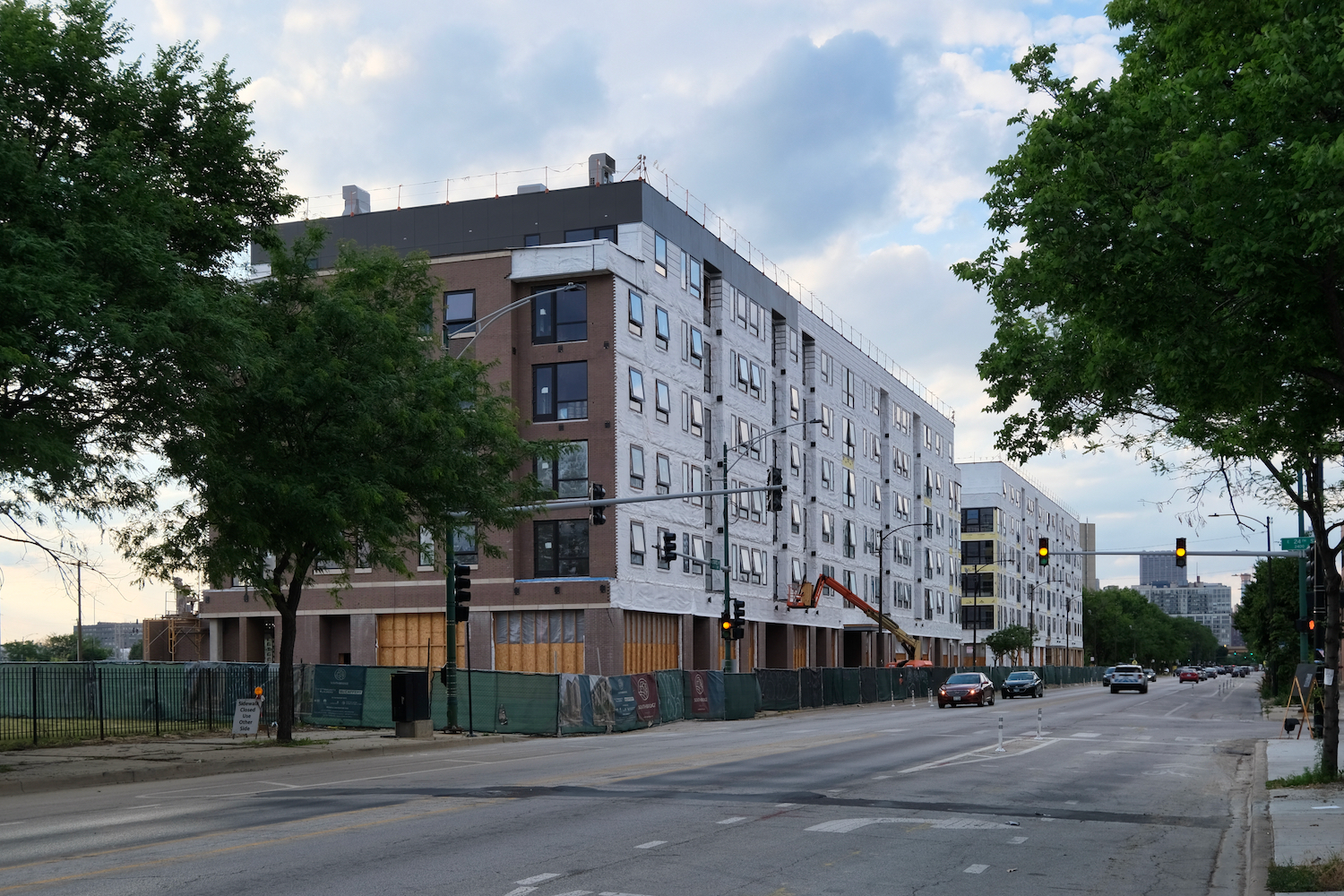 For those looking to board CTA L trains, Green Line service resides at Cermak-McCormick station, available within a three-minute walk east. Slightly further via an eight-minute northwest is Red Line service at the Cermak-Chinatown station. 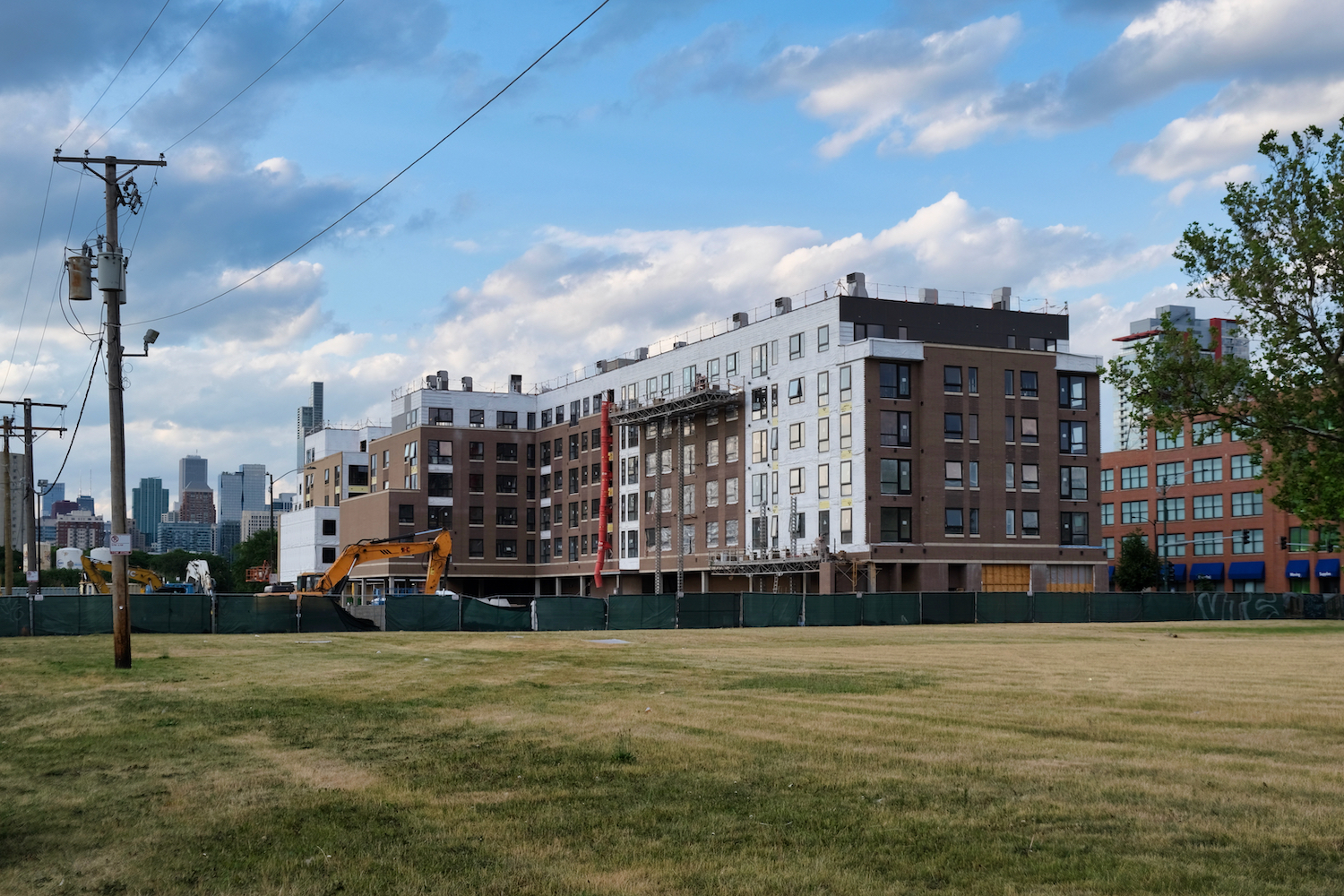 McShane Powers Joint Venture is serving as general contractor for the current phase, though it is unclear if the company will be involved in the remaining Southbridge work. Completion and move-ins are expected for later this year.