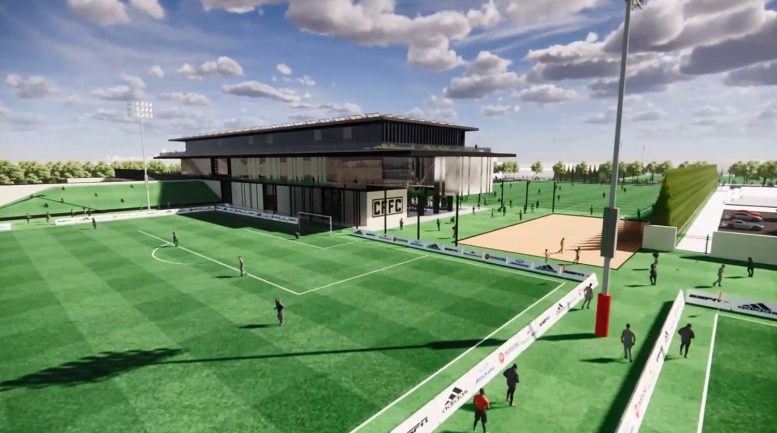 The Chicago Fire Football Club has proposed to construct a performance center at 5501 W Fullerton Avenue in Belmont Cragin. Located on the grounds of Hanson Park, the site is bound by W Fullerton Avenue, W Grand Avenue, N Long Avenue, and N Central Avenue. The community garden and adjacent schools will remain. 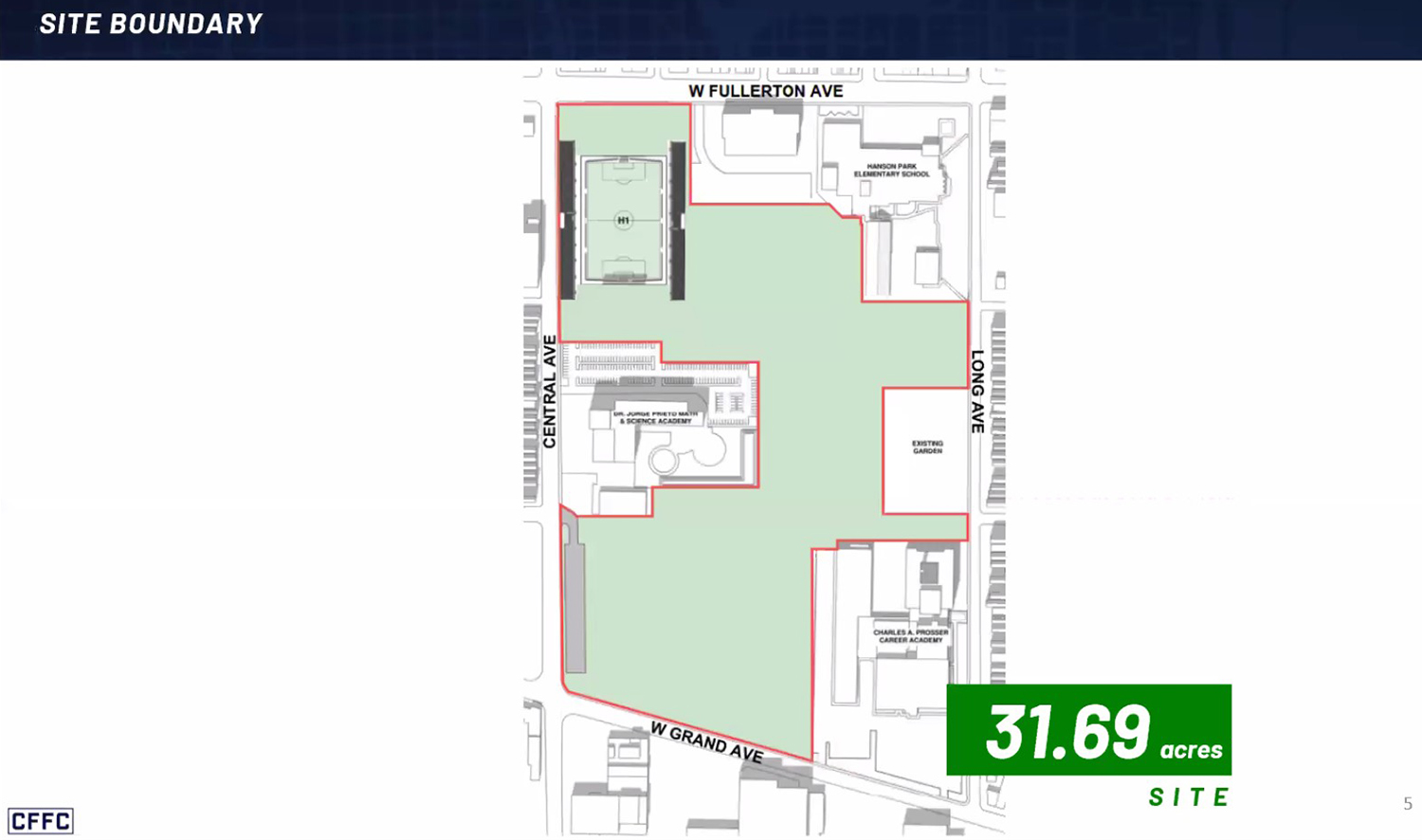 Founded in 1997, the Chicago Fire Football Club is a men’s professional soccer team in Major League Soccer. The team plays their matches at Soldier Field and has won multiple championships over its lifespan.

The performance center is where the team prepares for matches, and is a place for performance, recovery, development, and game analysis. It is not a venue for professional matches and the team will continue to play at Soldier Field. 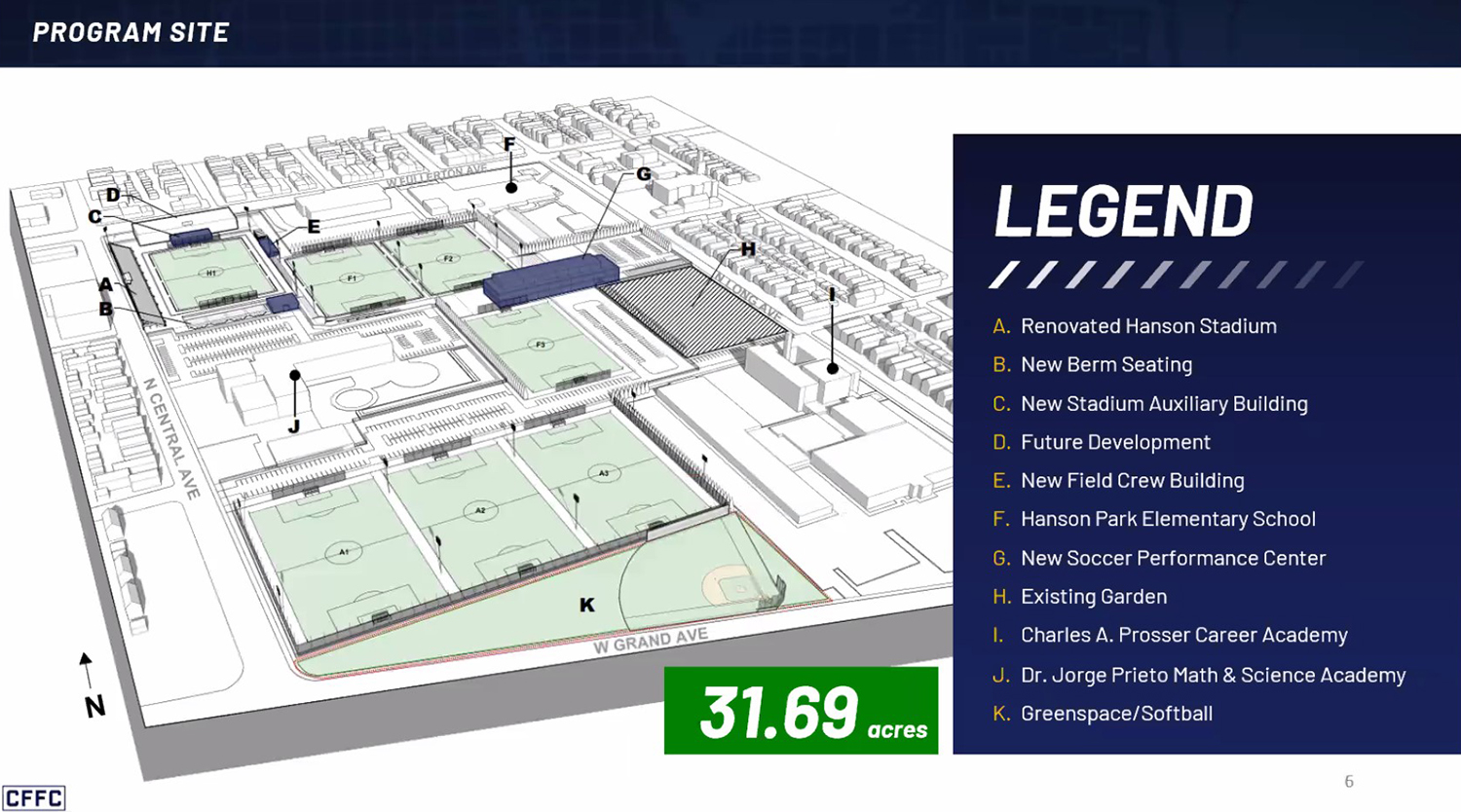 Spanning 31.69 acres, the property will become home to seven soccer fields and a three-story performance center building. There will be three synthetic turf fields shared between the Chicago Fire and the community, three grass hybrid fields dedicated to the professional team, and Hanson Stadium will be renovated and upgraded for team and community use. The fields will be outfitted with bleachers and new lighting. A seasonal dome is planned for the Hanson Stadium field. 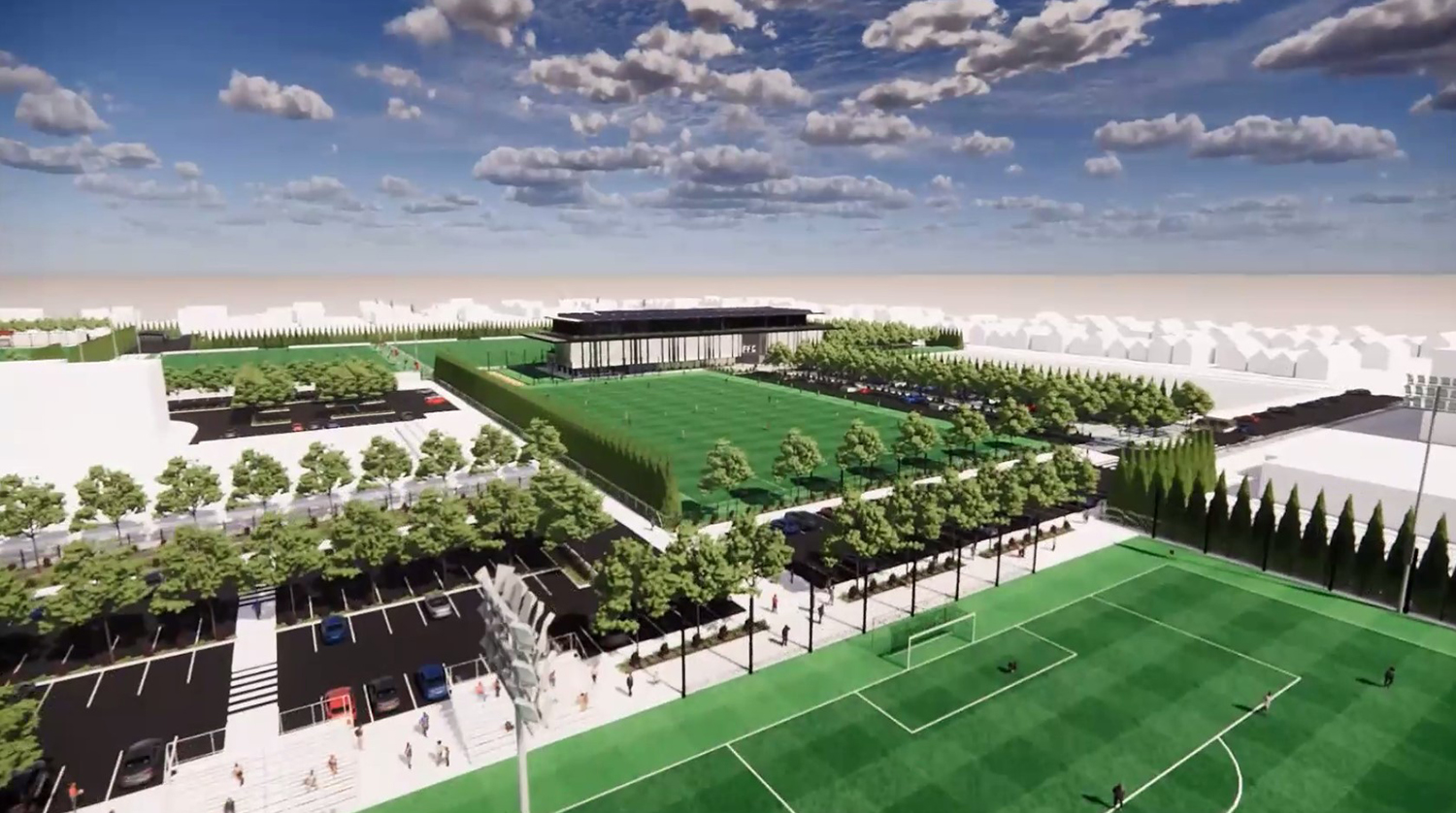 The new building will hold multiple functions on each of its three floors. The ground floor will hold team and academy facilities including changing rooms, meeting rooms, and fitness spaces. The second floor will be office space for the football club administration and support staff. The third floor will be the new home of the front office, a roughly 200-person workforce that is currently based in The Loop.

Parking on the property will be upgraded with a new parking lot in the middle of the site. With a current 209 spaces, 416 new parking stalls will be added for a total of 625. A new exit and entryway will be added. Additionally, 2.76 acres of space on the southern end of the parcel will be unused by the team and be fully dedicated to the community. An existing baseball field will be upgraded within that area. 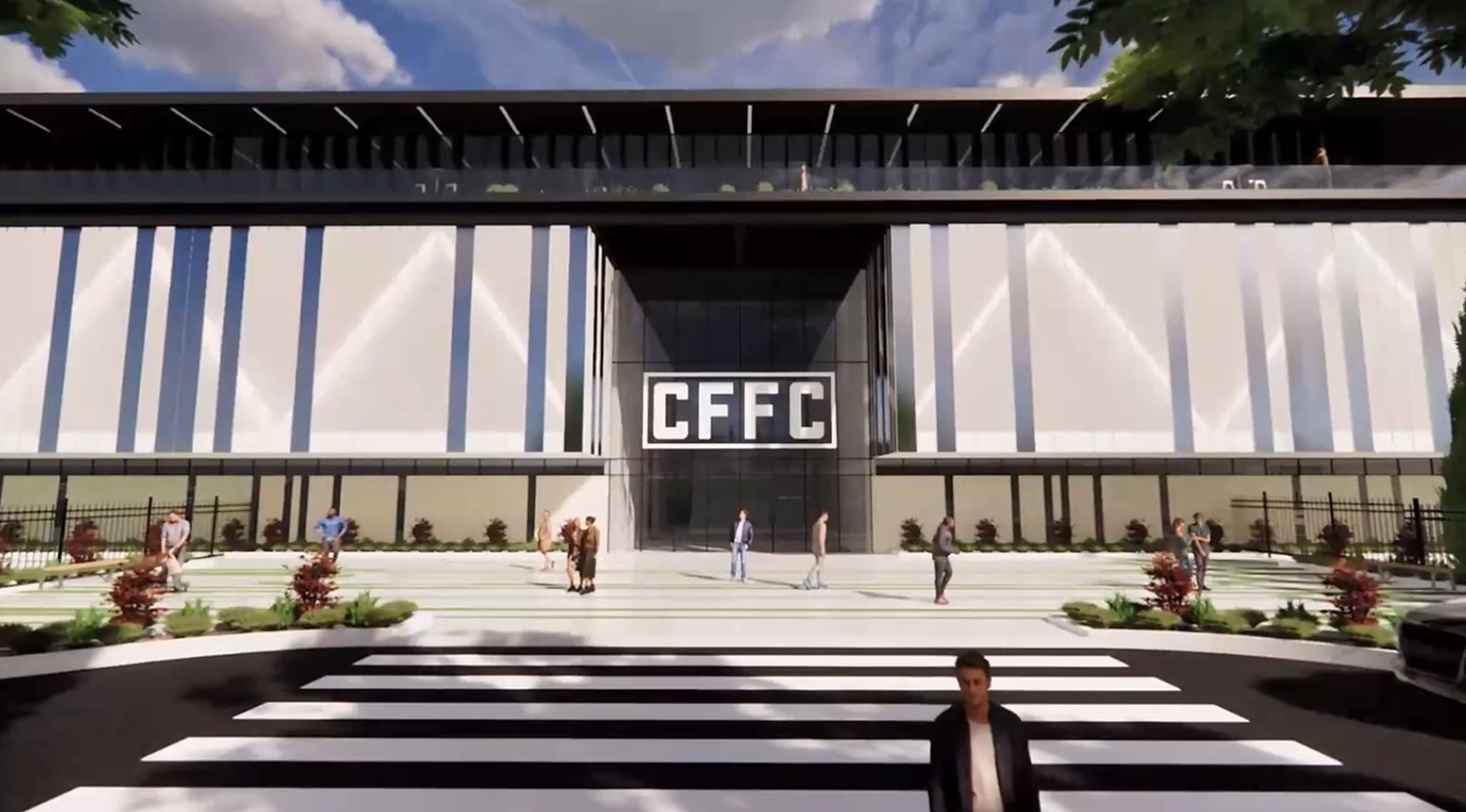 Owned by Chicago Public Schools (CPS), the team is still in discussion in regards to the terms of the lease agreement, which will set the terms for CPS and community access to the complex. The club has said that CPS and adjacent schools will have full access to the site and the community will have partial access based on the terms finalized in the agreement. The construction would be entirely privately funded and the club is hoping to break ground at the end of this year or in early 2022.