Renderings have been revealed for a proposed development at 3160 N Broadway in Lakeview East. Located midblock between W Briar Place and W Belmont Avenue, the project site fronts N Broadway. Seminary Properties and Management is the developer behind the proposal. 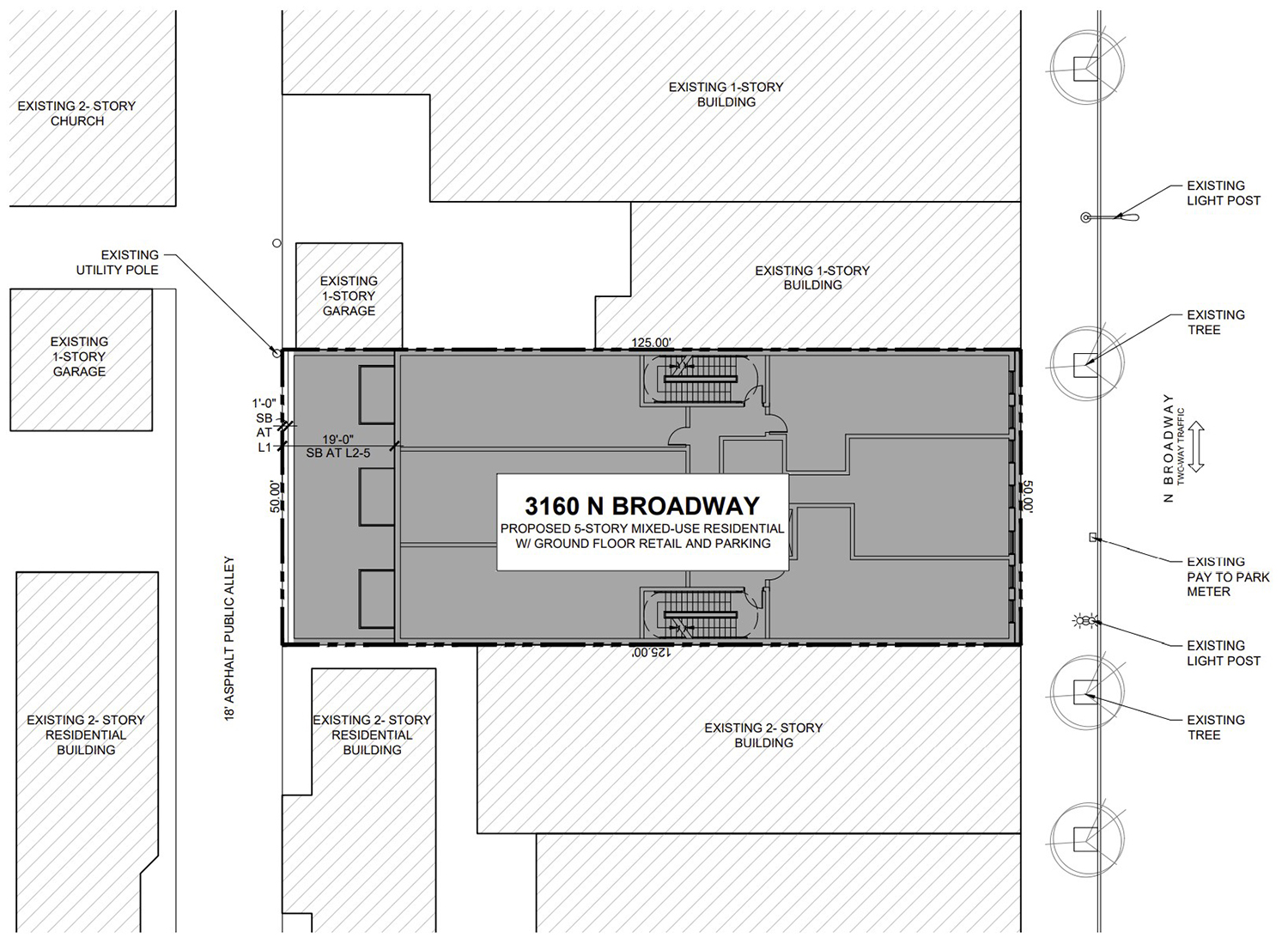 Designed by Sullivan Goulette Wilson Architects, the new construction will produce a five-story mixed-use building. Rising 65 feet, the existing brick and terracotta facade will be repaired and maintained to preserve the historic character of the building. The newly added upper three floors will be of masonry construction. 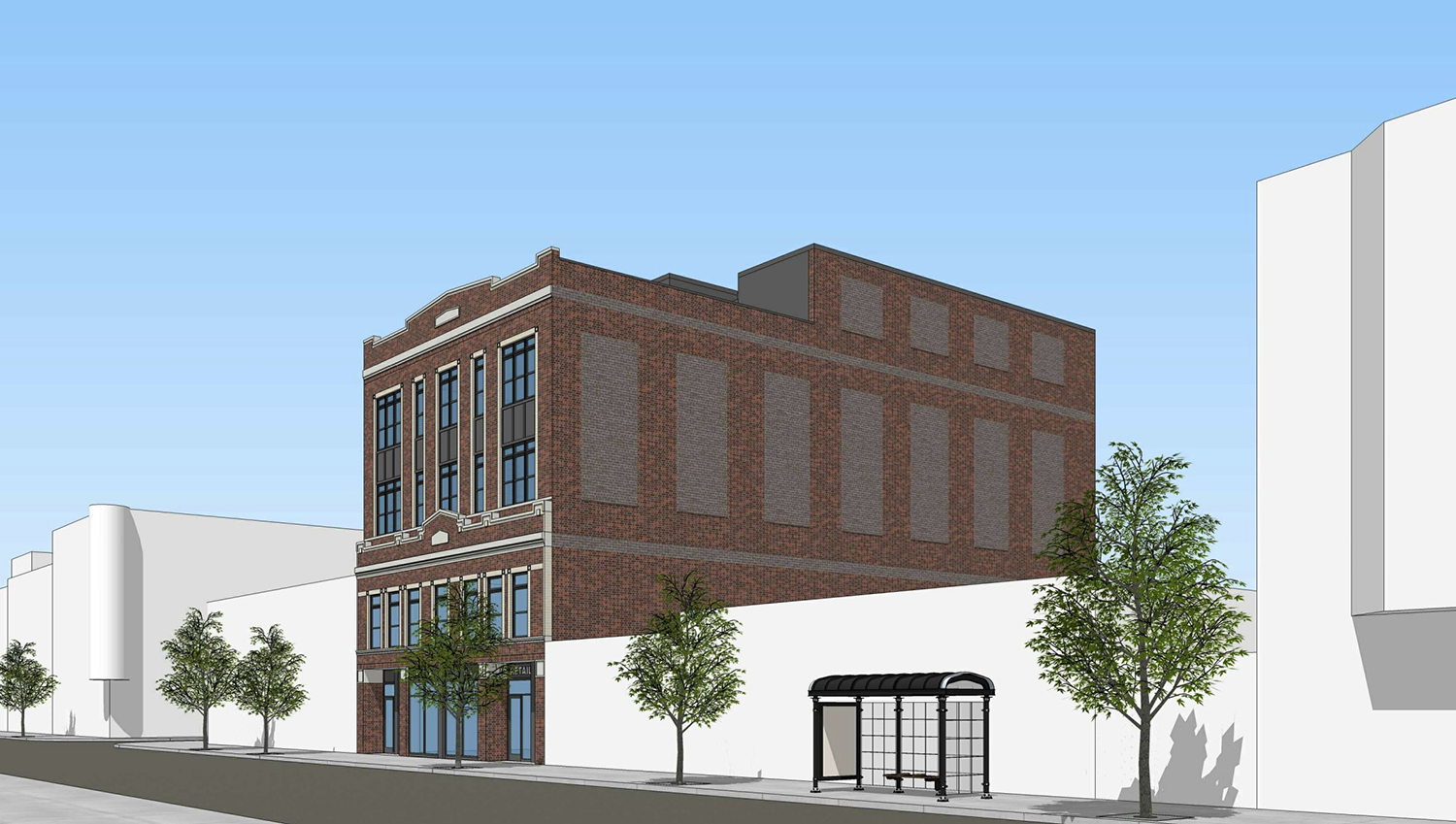 The development scope consists of 21 residential units with ground-floor commercial space. Additionally 7 parking space will be provided at the rear of the ground floor, in addition to 30 bicycle parking spaces. The third and fourth floors will be slightly set back from the original facade, with the fifth floor set back approximately 40 feet from the property line along N Broadway.

The 36, 77, 151, and 156 CTA bus routes, accessed at the Broadway and Belmont stop, is a one-minute walk away from the site. The Belmont CTA L station, serviced by the Brown, Red, and Purple Lines, can be reached via a ten-minute walk. 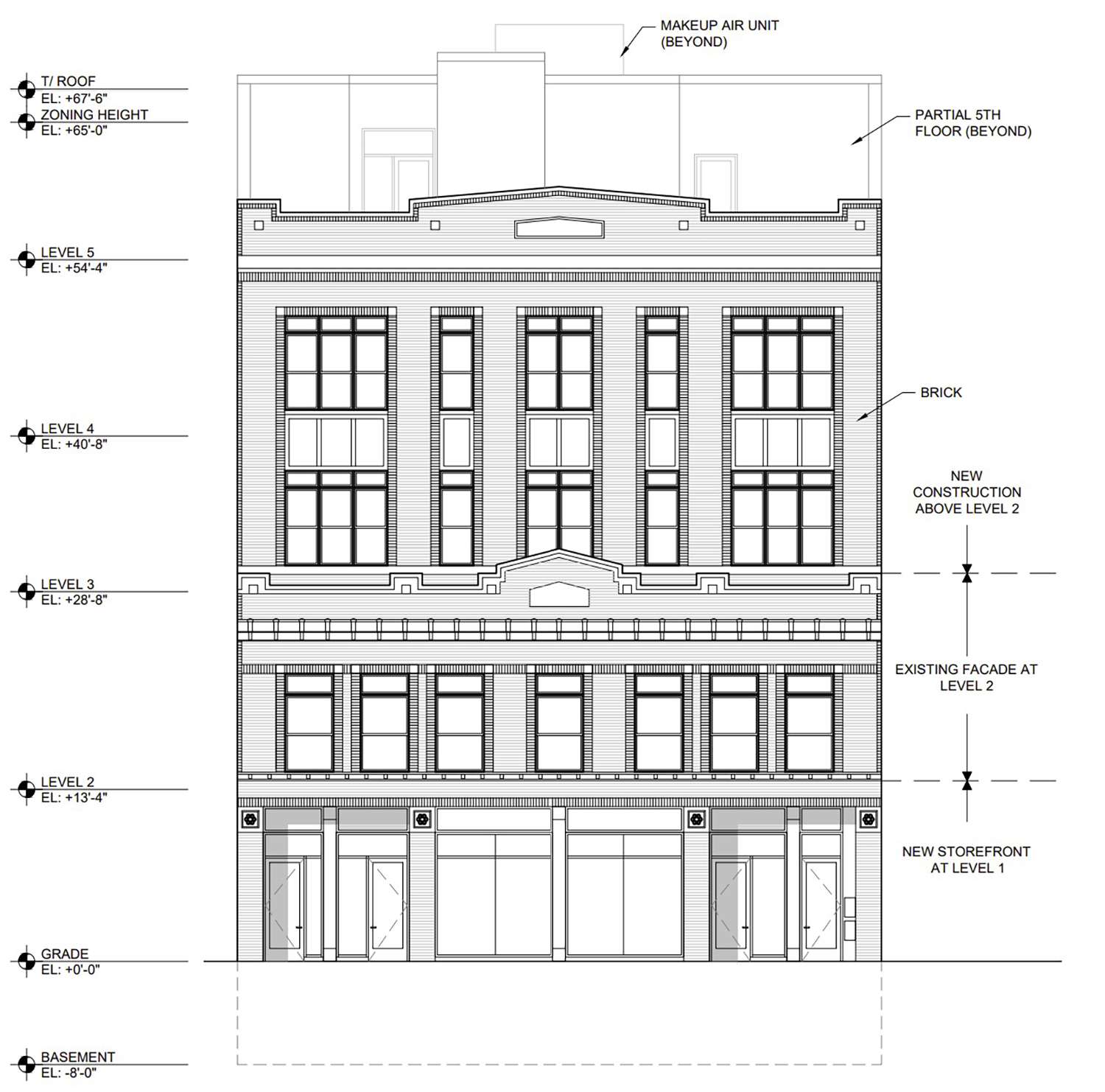 The developers are seeking a zoning change from B3-2, Community Shopping District, to B3-3, Community Shopping District, allowing for the increased scale and size of the proposal. Due to the zoning change request, the proposition will require aldermanic approval as well as approvals from the Zoning Committee and the Chicago City Council. An official timeline for the construction has not been announced.