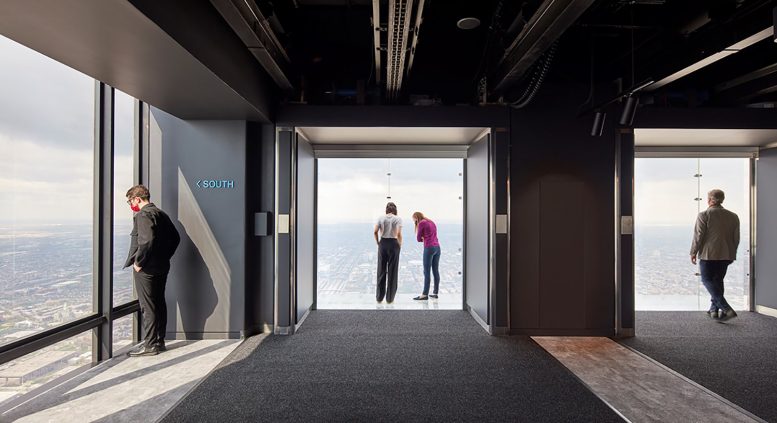 Construction has wrapped up on the renovation of the Skydeck at the Willis Tower in The Loop. The completion of the work is a milestone in the larger transformation of the 110-story Willis Tower, built in 1973 and the tallest building in the world for 25 years. Blackstone Group and EQ Office are the developers and owners of the Willis Tower. 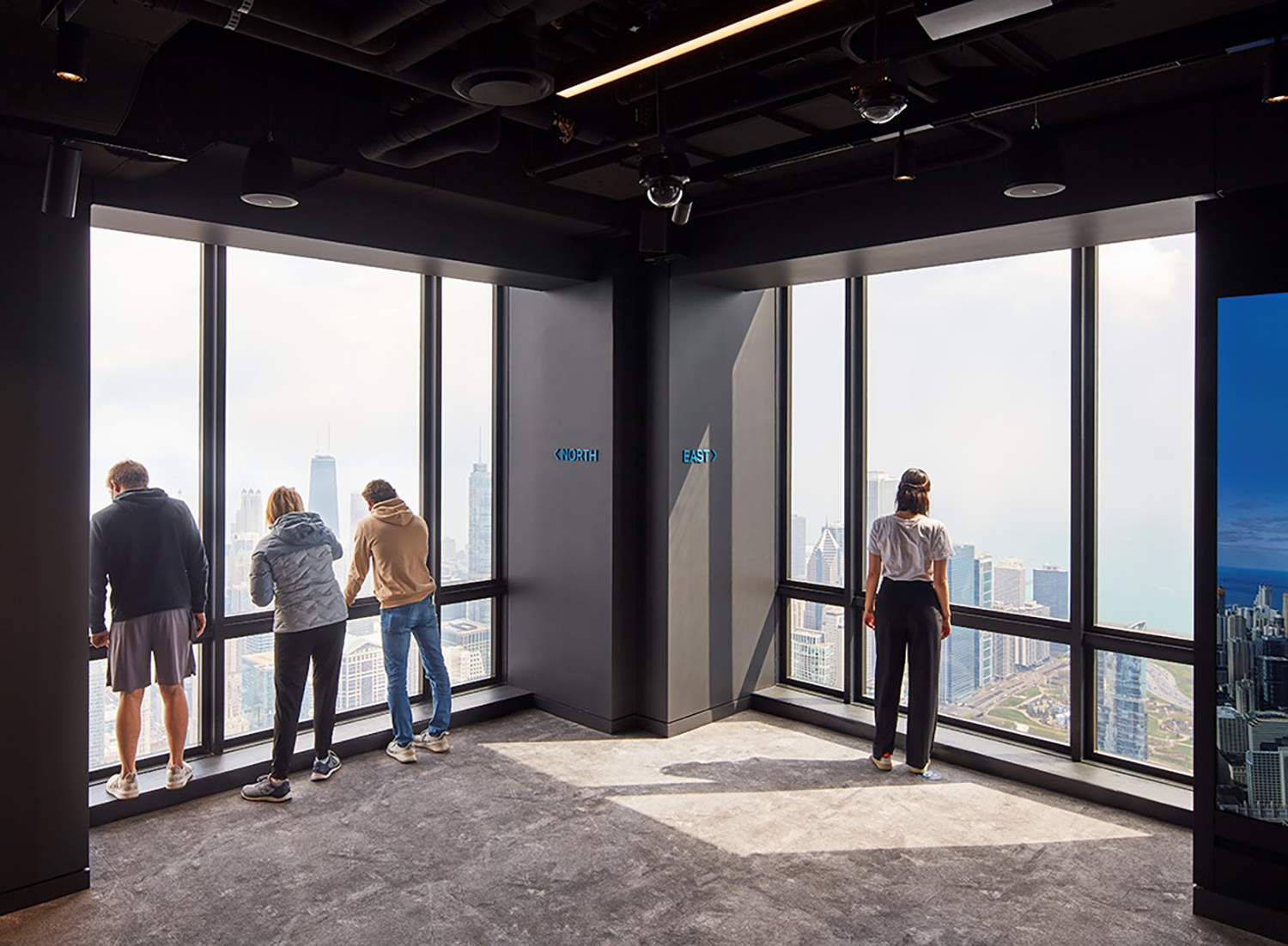 Designed by Skidmore Owings & Merrill (SOM), the original architects of the tower, the extensive renovation produced an immersive new exhibition and reimagined observation deck, inviting visitors to explore the city’s past, present, and future. SOM also led the 2009 addition of the Ledge at the Skydeck, a series of glass-enclosed balconies that offer visitors the opportunity to experience the city from 103 stories above ground. 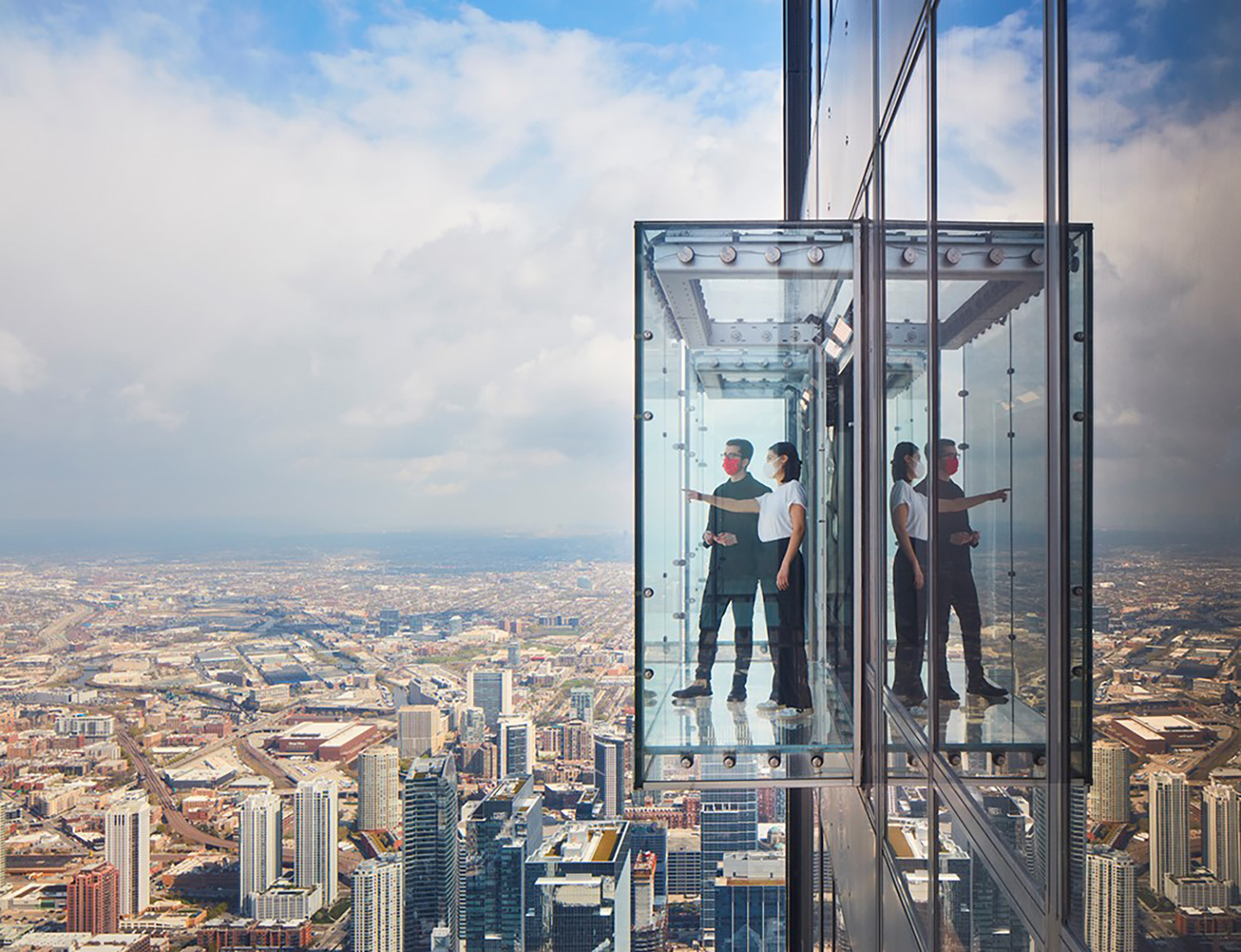 Exemplifying SOM’s belief that a building’s structure should inform its design, the Skydeck returns to the original vision for the building, foregrounding the tower’s iconic views while showcasing its pioneering structural design through minimal design gestures and subtle finishes. 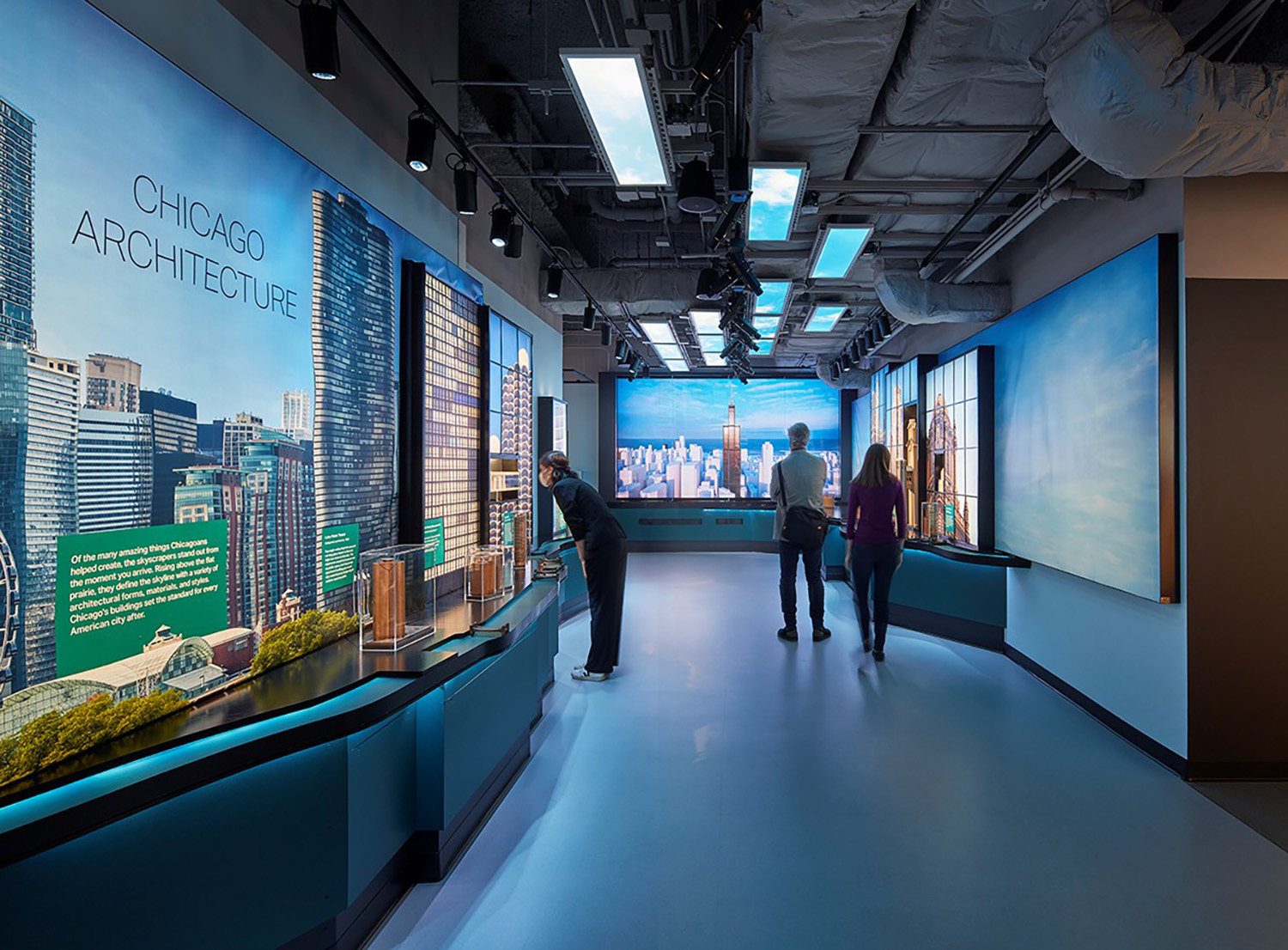 Upon entering, guests are guided through an interactive exhibition that explores how architecture has shaped Chicago’s history and identity, complete with bronze models of the city’s most influential buildings. A fly-through video provides an immersive tour of the skyline. 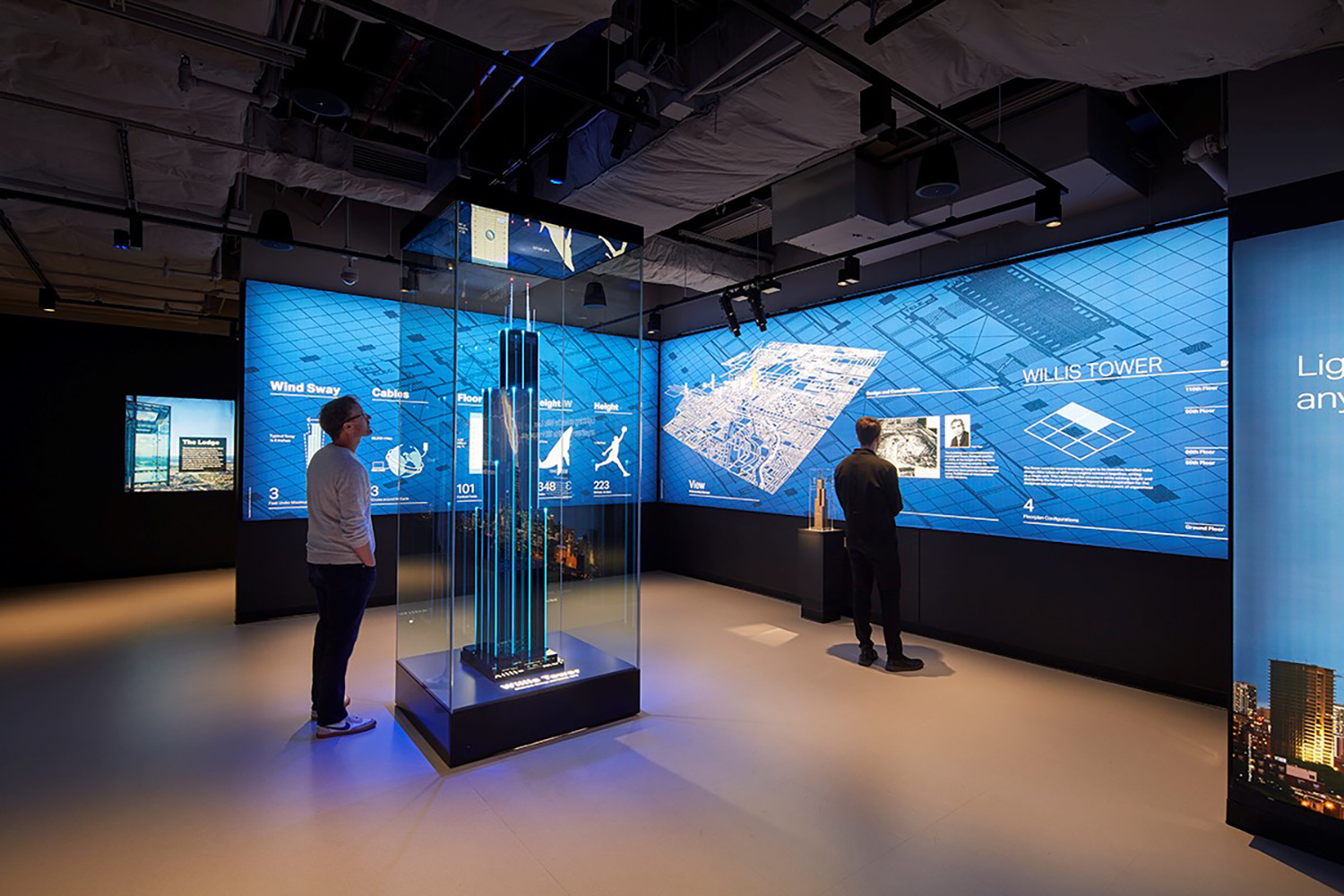 Now reopened, the Skydeck was constructed by RL Edward Partners and Clark Construction. Since 2017, Blackstone and EQ have undergone a comprehensive redevelopment of Willis Tower. As part of the renovation, the U.S. Green Building Council awarded Willis Tower LEED Platinum certification.