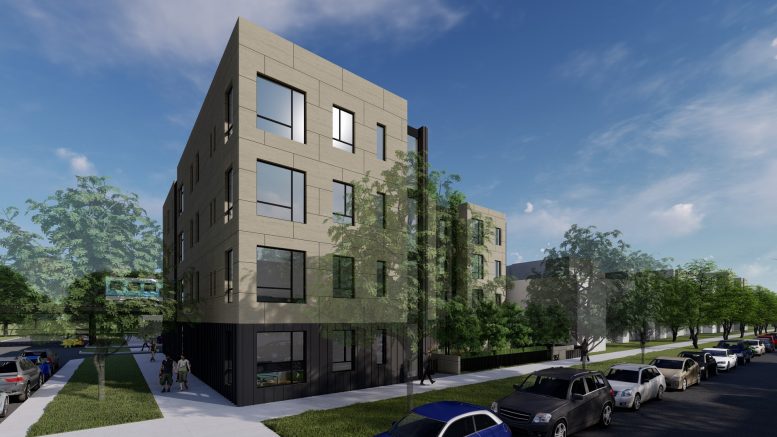 Facade work is drawing towards completion for a four-story residential building known as The Grace Apartments, located at 957 W Grace Street and 3763 N Sheffield Avenue in Lake View. MCZ Development is behind the 50-unit project, whose completed has been staggered across two separate phases. The already-completed portion houses 40 of the units, while the remaining 10 are in a still-in-progress wing located at the southern end. These two phases occupied separate parcels of land, for which the developer received approval to combine by the Committee on Zoning, Landmarks, and Building standards. 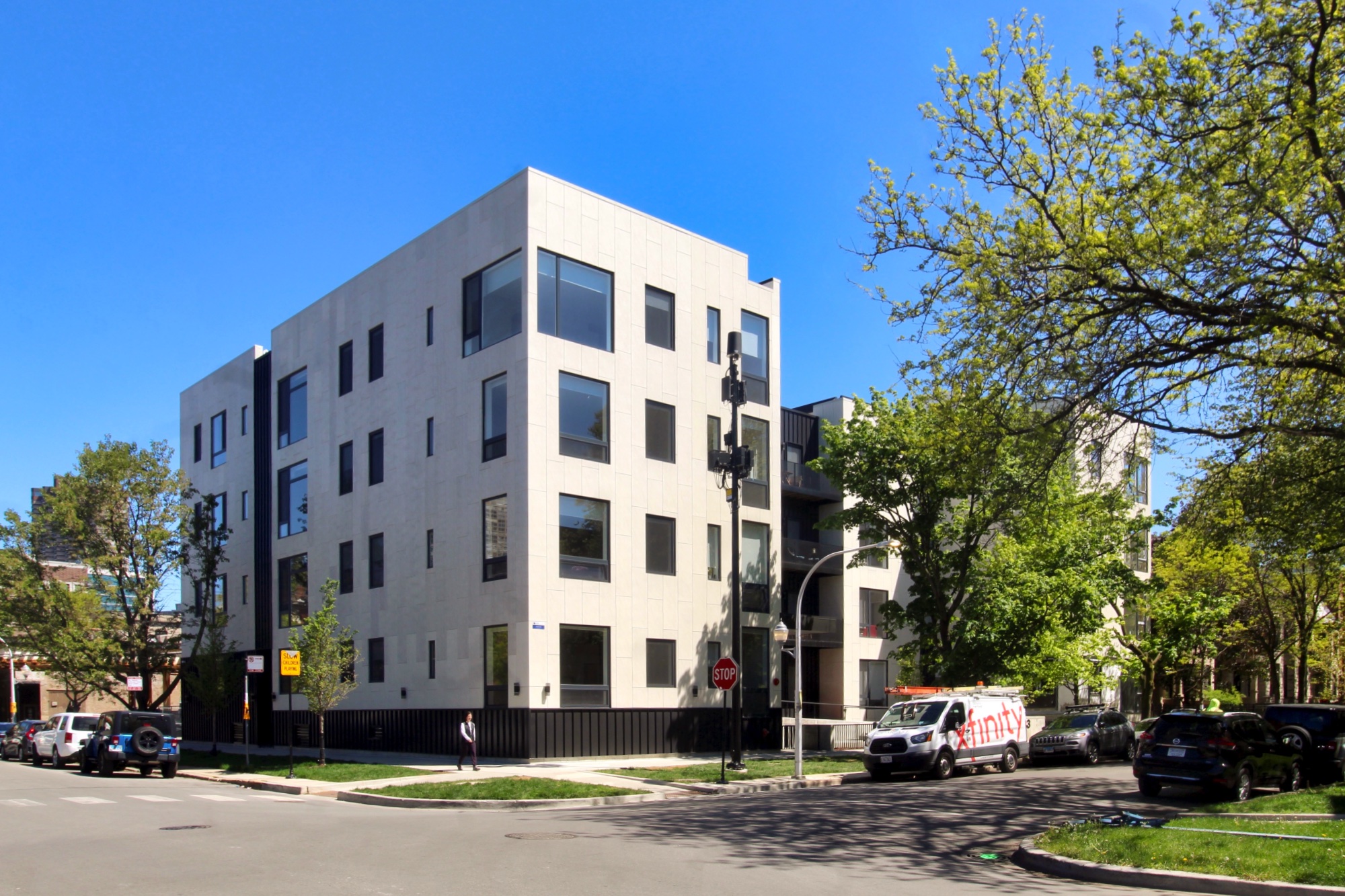 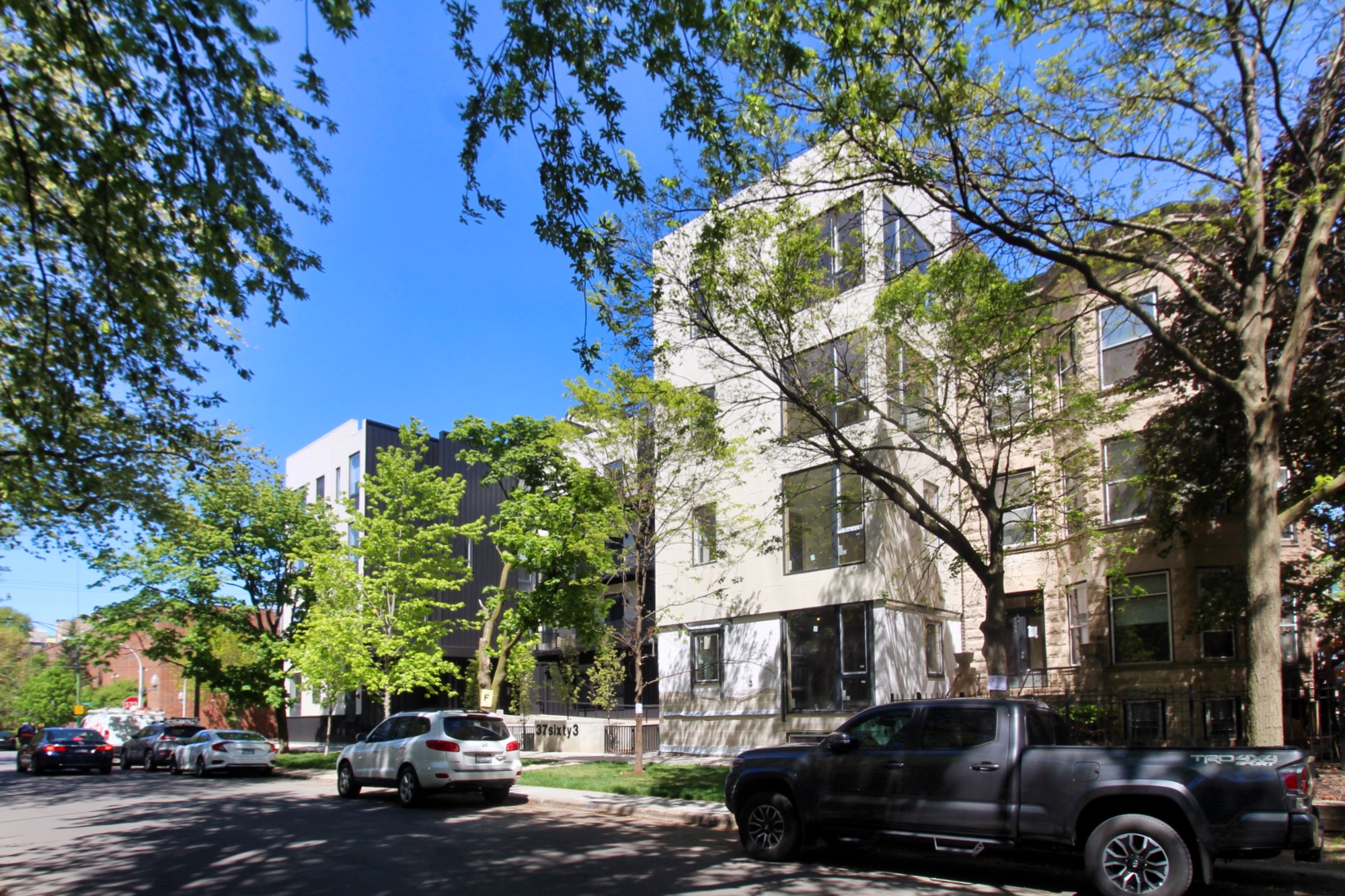 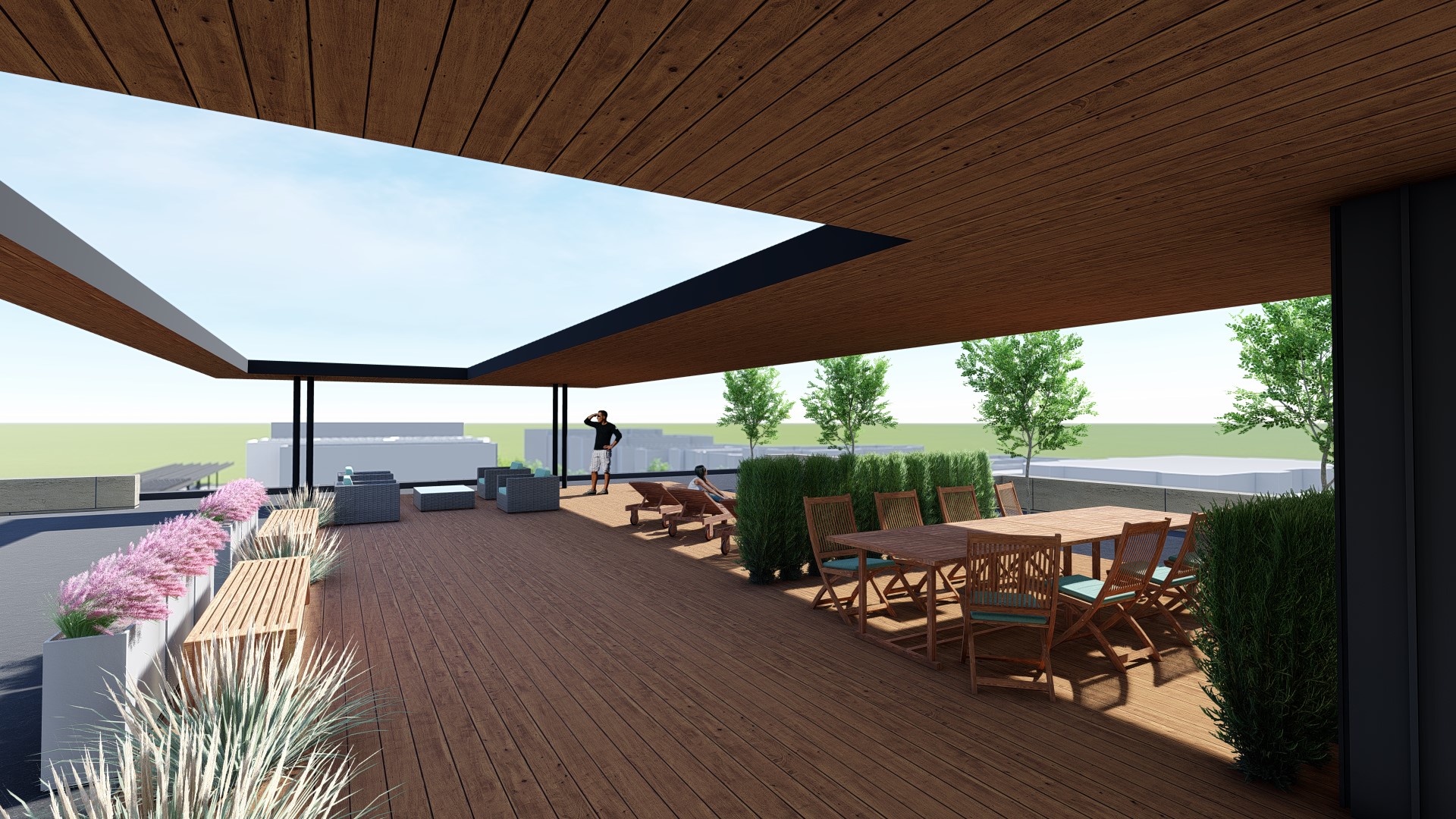 Penthouse residences have access to private rooftop deck space, while all residents will find a common rooftop deck area with grilling spaces. Other amenities comprise of a gym, a bike room, a heated parking garage, and a secure package delivery system. Parking will offer space for 30 bike stalls and a total of 23 vehicle spaces. 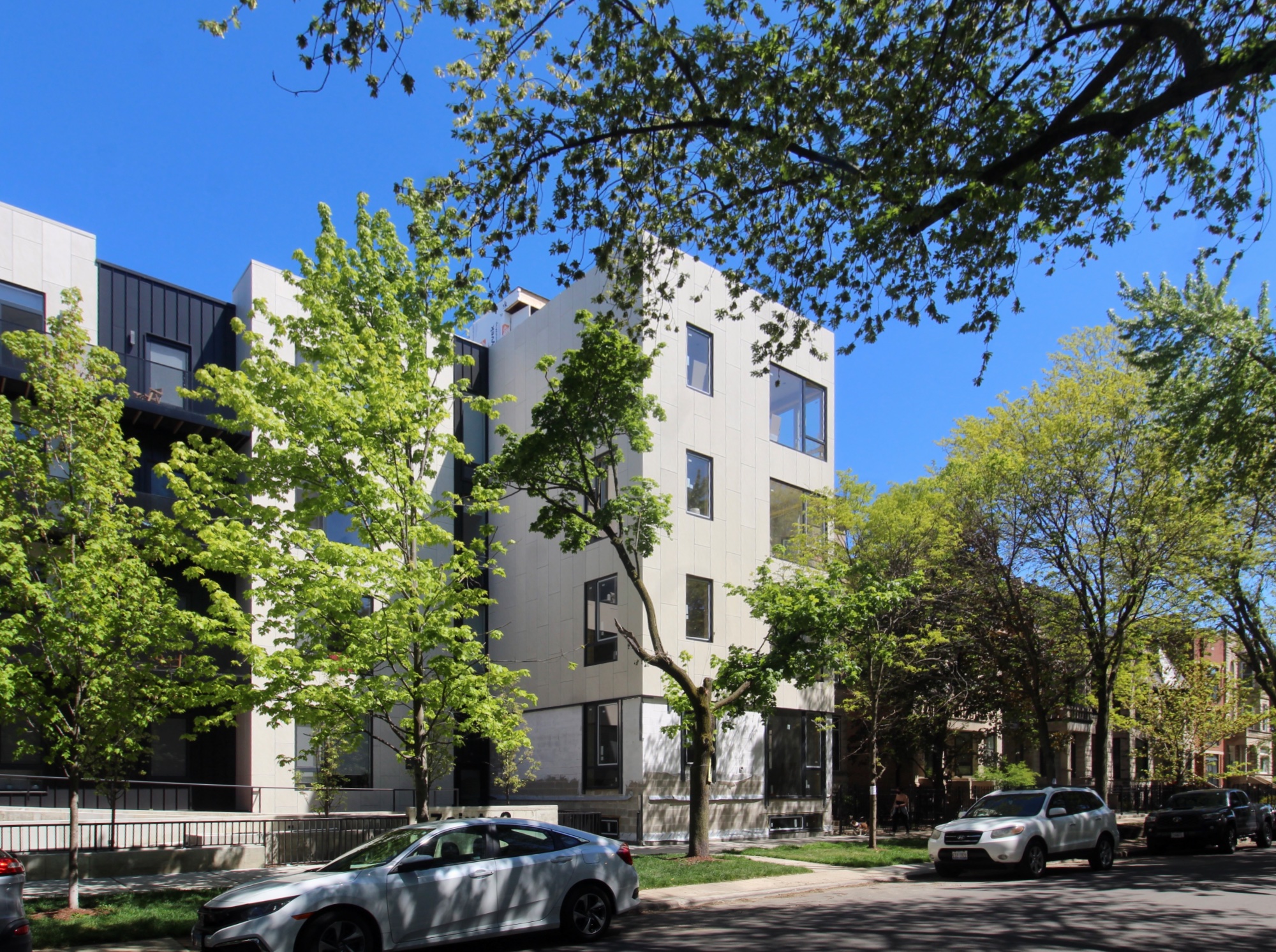 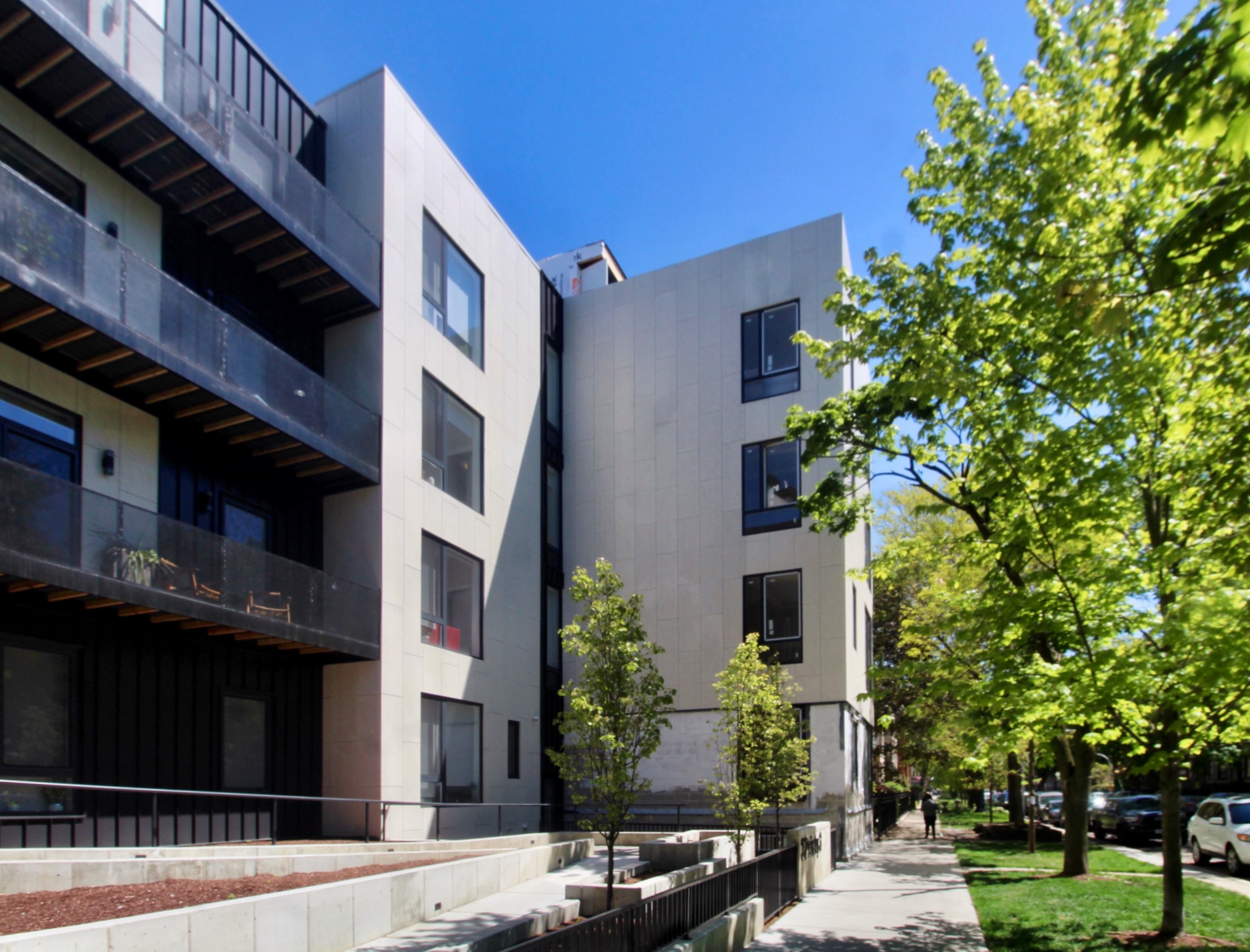 With 2RZ Architecture behind the design, the U-shaped massing is wrapped a mix of white porcelain sheet cladding and black corrugated metal. A portion of the front side involves a series of recessed metal balconies, while the balconies in the rear are overhanging. 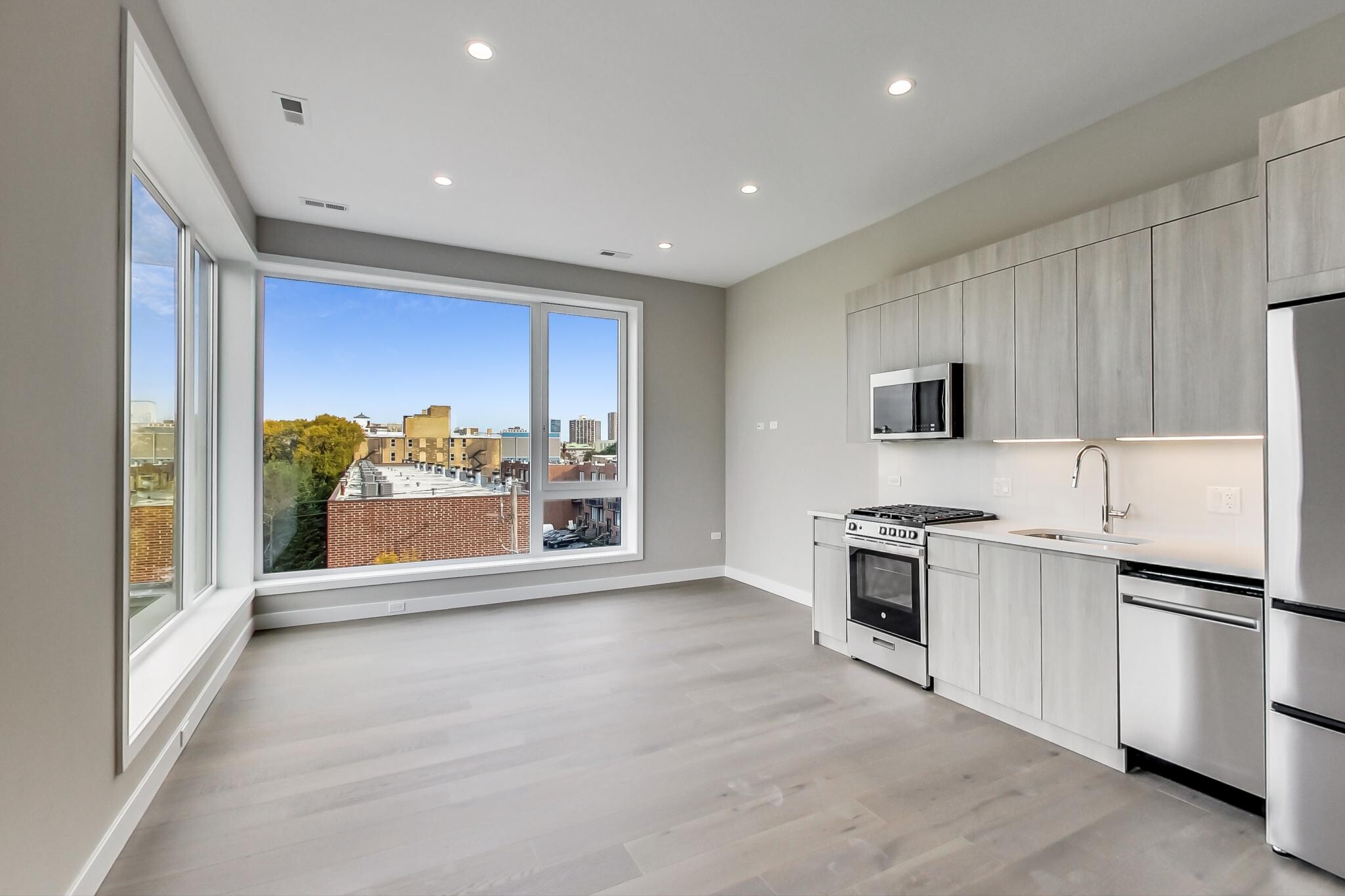 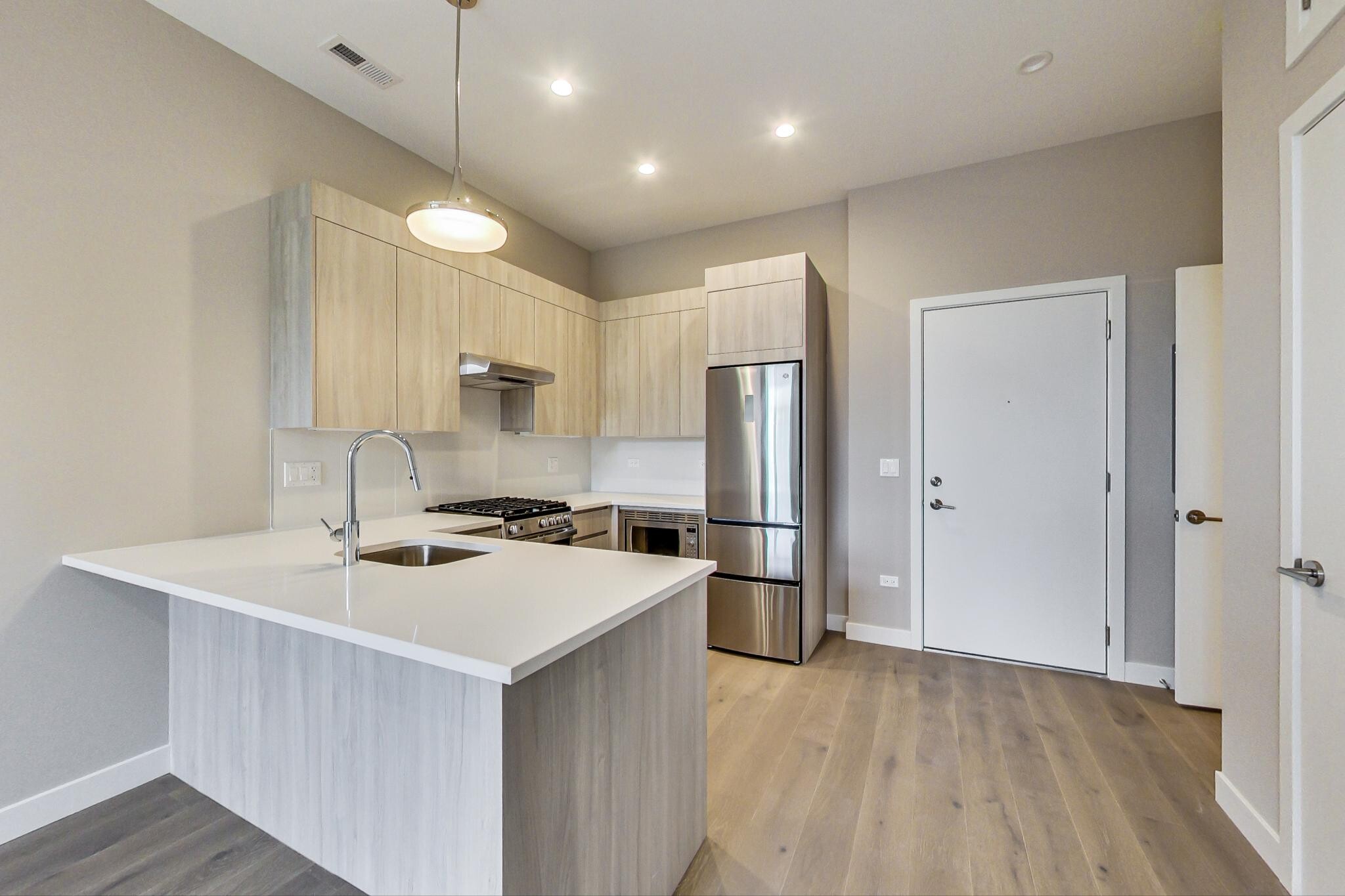 Residents will find a mix of nearby transit, including bus stops for Route 151 via three-minute walk north to Sheffield & Sheridan/Byron. Other buses within a roughly five-minute walk consist of Routes X9 and 80 to the north, Route 36 to the east, and Route 22 to the west. Those looking to board CTA L trains can find Red Line service at Sheridan station via a four-minute walk north. 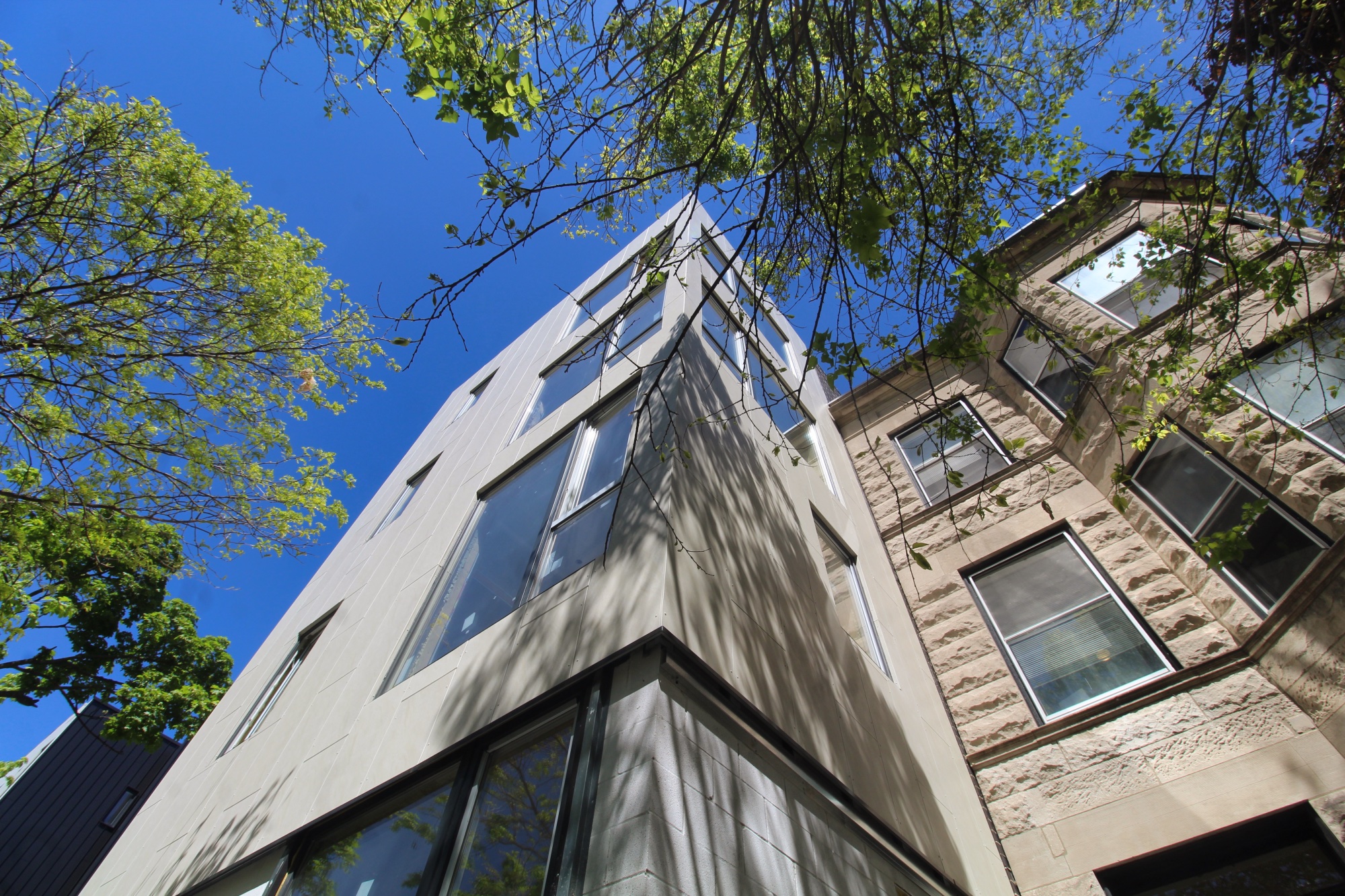 Despite the residential atmosphere of the immediate vicinity, the apartment complex is within a five-minute walk of the Cubs’ Wrigley Field alongside the dense commercial neighborhood of Wrigleyville. The Chicago Lakefront park area is also within a 20-minute walk east. 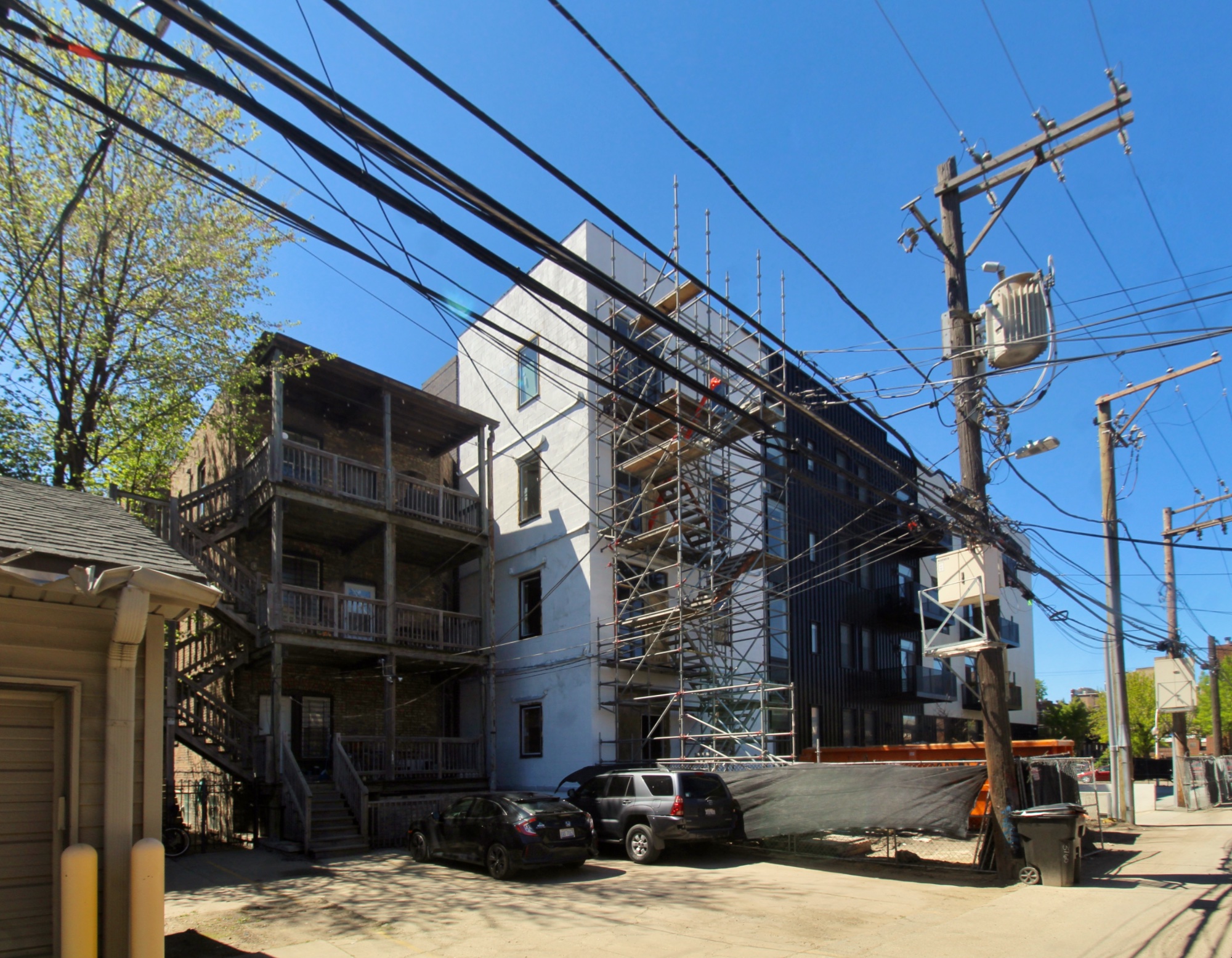 DOM Properties Investment is behind the $7 million project. A full opening of the remaining wing is expected for later this summer.